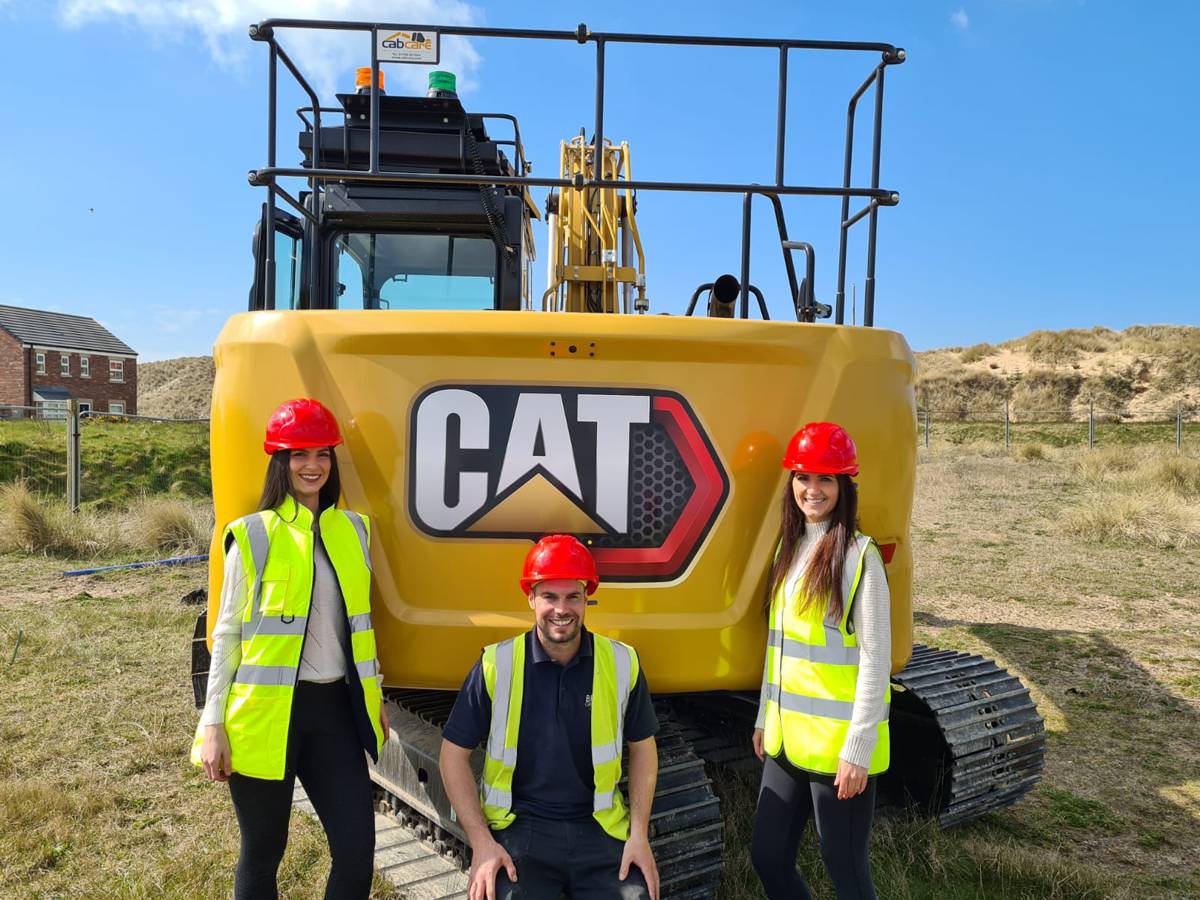 The purchase also comes at a time when Breheny welcomes another family member into the business.

Breheny Groundwork Contractors has worked with Finning on several occasions, with the equipment supplier striking up a strong relationship with all generations throughout the last ten years. The company, founded in the 1960s by Thomas Breheny, was passed down through the family to Danny, who is now getting ready to pass on to the next generation — Daniel, Kerryanne and Cara, who recently joined the company. The trio are continuing the expansion of Breheny Groundworks whilst also delivering projects in the roads and sewers market under the newly created Synergy Civil Engineering NW Ltd.

The latest arrivals to the company are three next gen Cat 313 GC excavators, which offer enhanced comfort through a larger cab with improved ingress/egress. The new GC models also benefit from lower maintenance costs, making them the ideal fit for applications requiring dependable performance and low operating costs.

“We’re always looking for ways to be more economical, without having to compromise on performance” said Kerryanne, Director at Breheny Groundwork Contractors. “The ten per cent fuel saving features on the 313 GC allow us to do that, by reducing our carbon footprint while also maintaining our competitiveness in the industry. We were also impressed by the maintenance savings that come with the machine, as well as the onboard software that comes as standard to boost efficiency while reducing downtime.”

“Breheny has always been a tight knit family and it’s a pleasure to see the next generation take up the mantle,” said Alan Blazys, National Account Manager at Finning UK & Ireland. “Daniel, Kerryanne and Cara have big plans to further expand the company into new areas, and the reliability of the new Cat 313 GCs means they are the perfect excavators to see those plans come to fruition.”

The 313 GC is the smallest of the GC range, which includes the 315 GC, 320 GC and 330 GC Medium Excavators and the 740 GC and 950 GC Medium Wheel Loaders. All these machines are designed to put operator and site safety at the core to maximise comfort visibility and ease of operation.