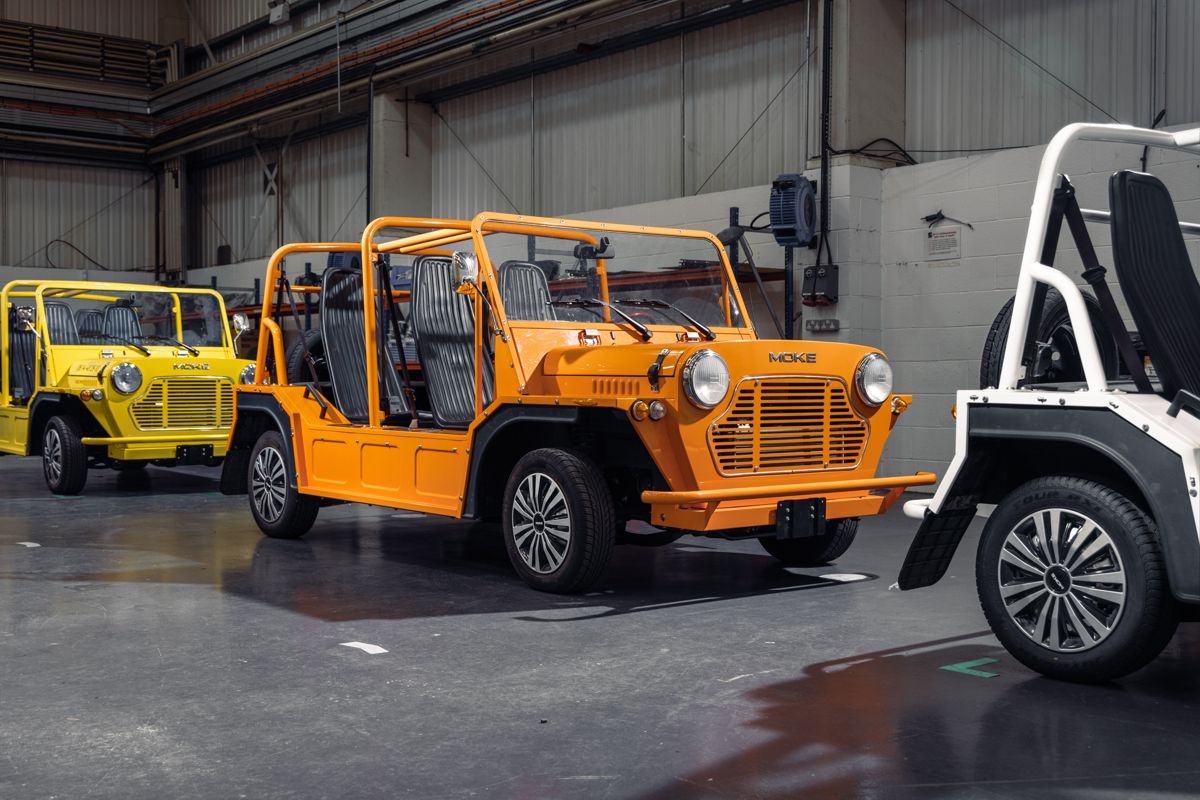 MOKE restarts production of their classic vehicle in the UK

MOKE restarts production of their classic vehicle in the UK

MOKE International has announced that full production of MOKE vehicles has returned to the United Kingdom! All MOKEs will be built at a state-of-the-art facility operated by the British automotive manufacturing services company, Fablink Group.

Since the marque was revived in 2017, MOKE International’s production operations have been based between the Midlands and France, with initial cars engineered in the UK and assembly taking place on the continent.

The complete move back to the UK has been made possible by UK government grant funding from the Niche Vehicle Network, alongside the recent trade deal which allows UK automotive businesses tariff-free access to EU markets, based on defined rules of origin. It also follows strong demand for what is rapidly re-emerging as the ultimate beachfront and country estate vehicle. This has led to the creation of key commercial jobs to guide the brand through its next growth phase, including expansion into international markets.

Fablink Group, headquartered in Northamptonshire, England, is a leading Tier 1 supplier of automotive structures and complete vehicle assemblies to several global OEMs. Fablink Group provides comprehensive design, manufacturing and engineering services to some of the world’s leading automotive manufacturers including Jaguar Land Rover and Morgan. The company has over 500,0002 ft of production space and employs around 700 highly skilled engineers, production operators and technicians across six UK sites.

The company’s long-term commitment to MOKE production is reflected in key investment in state-of-the-art manufacturing capabilities and processes, ensuring flexibility in response to client demand. This enables MOKE to continue to grow its customisation offering that has drawn so many new clients to the marque.

From the revival of the marque in 2017, Fablink’s technical team has worked with MOKE’s engineers, drawn from the leading names in automotive manufacturing, to scale production capacity to meet demand both at home and internationally.

MOKE customers can specify a full range of colours and trim options throughout the vehicle. This includes configurable individual shades for the car’s chassis, bumpers, central bars and front grille – affording a nearly limitless scope to create truly individual interpretations of the MOKE’s iconic design.

Isobel Dando, CEO, MOKE International, said: “The return of full MOKE production to British shores represents a homecoming for one of our nation’s best-loved icons. Since reviving the marque in 2017, we have re-captivated existing enthusiasts and introduced an entirely new generation to MOKE’s perfect combination of fun, utility and open-air thrills. This has been reflected in significant demand from our home market, affirming our plans to light up beach resorts around the world through the global market introduction of the ultimate waterfront-to-beach house vehicle.” 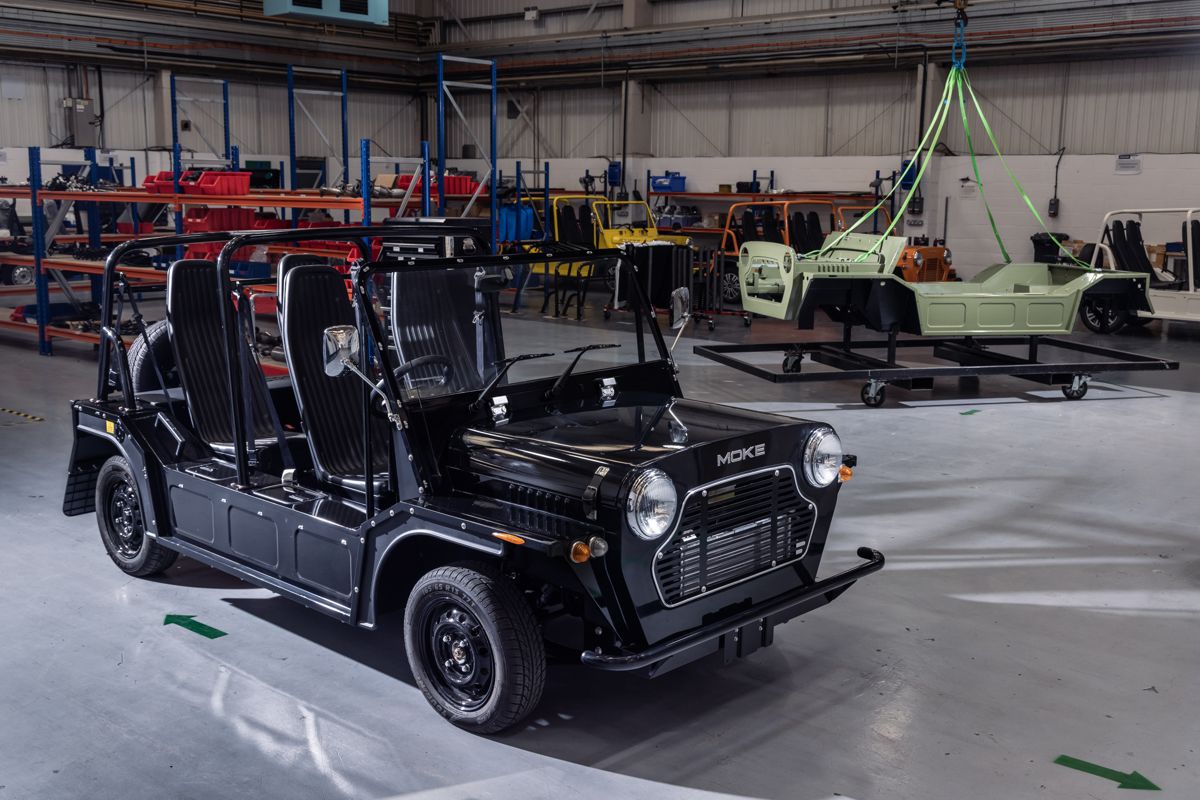 Since the brand was revived in 2017 by MOKE International, the company’s designers have created special editions celebrating the marque’s heritage.

In July 2021, the brand invited its customers to ‘go commando’ with a limited edition ‘Military Spec’ collection evoking the car’s original brief to design legend, Sir Alec Issigonis, to create a vehicle robust enough to be thrown from an aeroplane for behind enemy lines operations.

From these very functional origins, MOKE quickly captured the imagination of a glamorous global set from St Tropez to Malibu. The Beatles, the Beach Boys and even Brigitte Bardot were all enchanted by the car’s sense of open-top fun and freedom and it soon became the ultimate beach house-to-waterfront shuttle.

Since its unveiling at the Goodwood Festival of Speed, customers have acquired three distinct evocations of the marque’s military origins. These designs are presented in Army Green, Air Force Blue and a striking Special Ops Black.

This edition comes as standard with colour matched wheels, tactical front lights and military-themed design features. A new visual treatment to the vehicle’s roll bars and canvas further evoke the utilitarian and tactical origins of the original design brief to Issigonis. 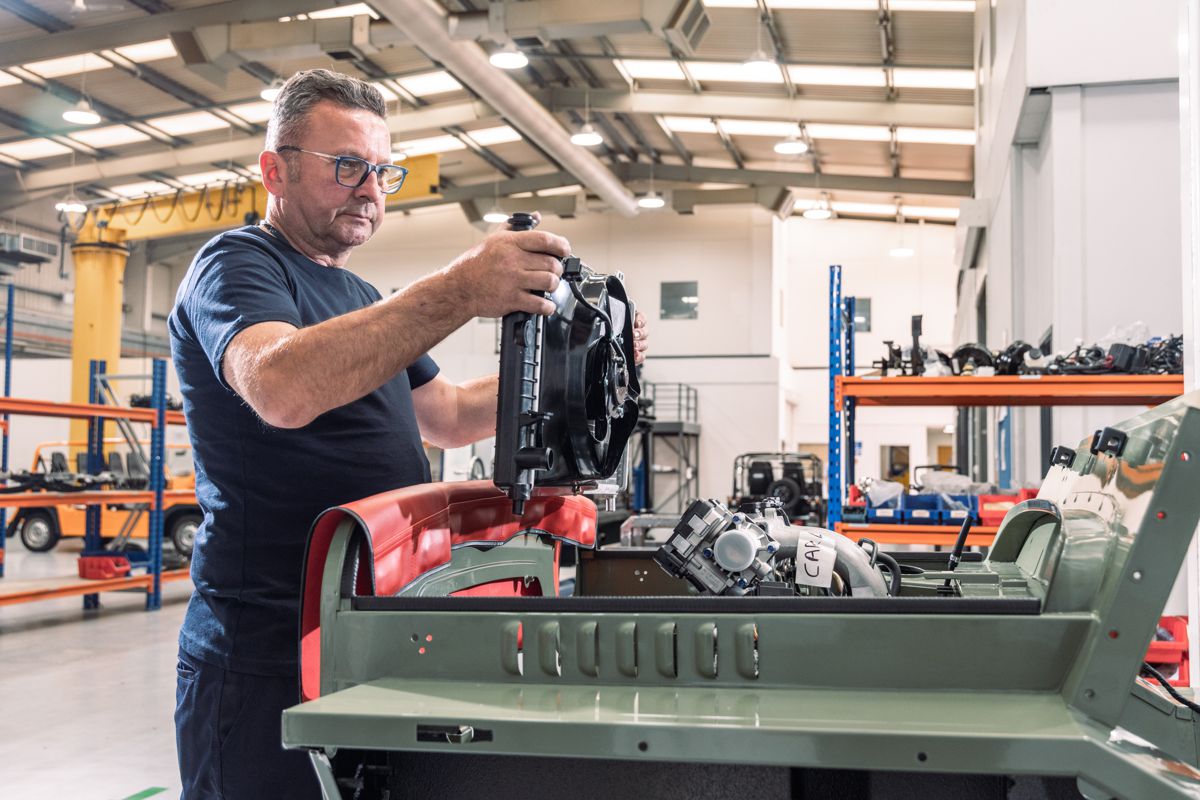 Today’s MOKEs remain true to the look and feel of the original, with a particular focus on maintaining the sense of fun and freedom that has endeared the car to so many for more than five decades. Updates include a new four-cylinder fuel-injected engine, uprated suspension, braking and the option for either an automatic transmission or manual for the more engaged driver.

The vehicle is also slightly larger to provide more cabin space. Features previously viewed as a luxury like power steering and heated windscreen now, of course, come as standard.