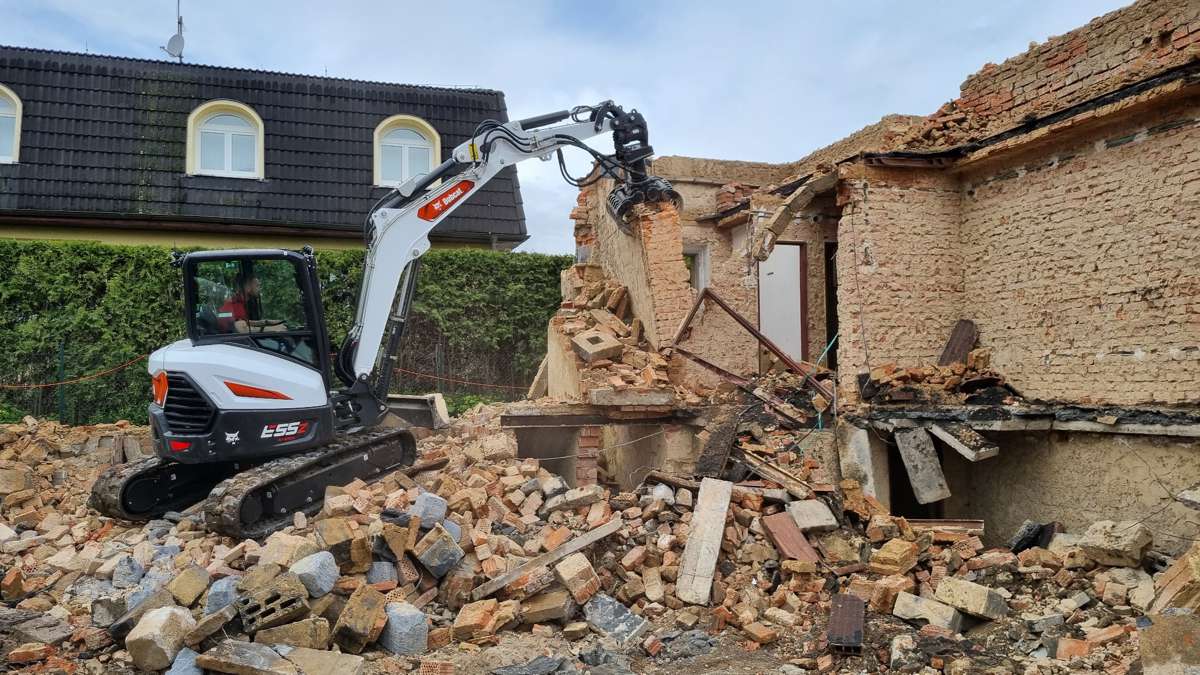 In the Czech Republic, refurbishment of family houses dating from the 1970’s is often not worthwhile and a good number of these properties are demolished.

This was the case with a house in Rudná near Prague, which the owner had decided to demolish. However, quotes from companies to do the work were very expensive, so the owner decided to investigate other methods for carrying out the project.

Other factors to consider included the relatively small plot of land on which the house was built, with the neighbour’s fence in close proximity and also the presence of a beautiful walnut tree, which needed to be protected during the work. In the end, the owner chose to carry out the work themselves with the help of a friend, Jiří Vrzáček, who is an industry expert, who regularly reviews machines and methods for this type of work and has carried out other demolition projects of this sort in the past.

Jiří approached the project very analytically and found out which demolition solution would be the most effective, in terms of speed, overall costs and the lowest possible risk of damage to the environment. He considered three approaches – comparing the use of a large 22 tonne excavator, a classic backhoe loader or a combination of a compact excavator and a compact loader. 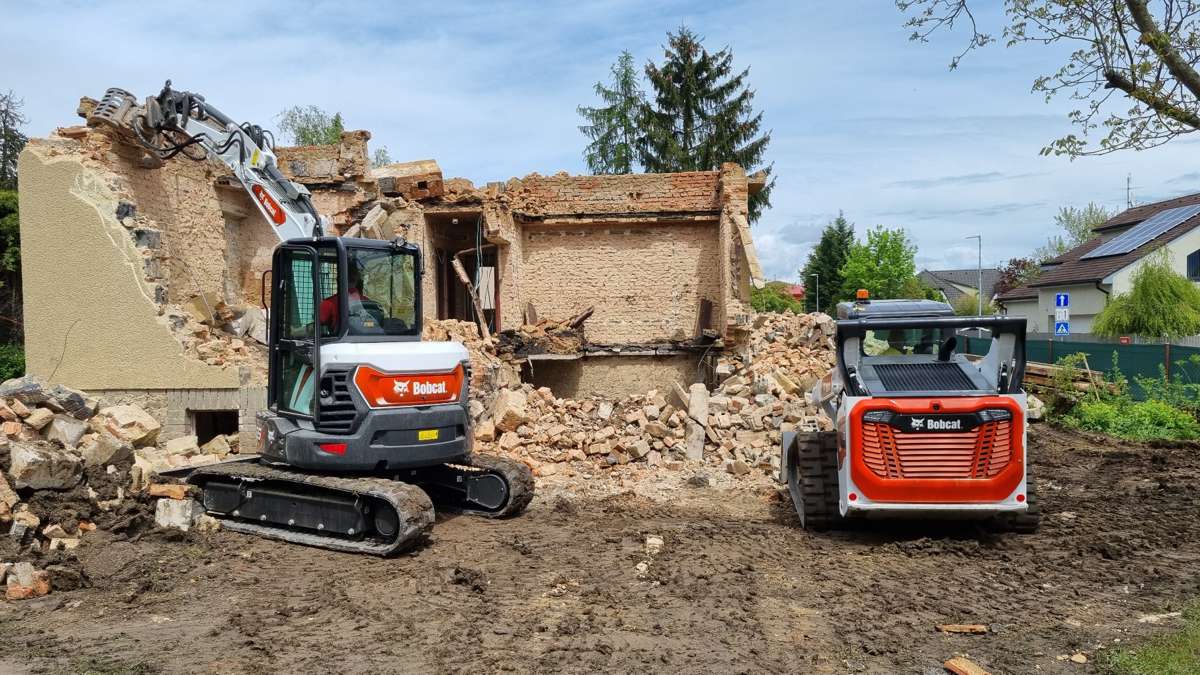 Demolition with a large excavator would be very fast, but spatially, this solution proved unrealistic and working with a backhoe loader would take too long. In the end, they chose to use a pair of machines with precisely divided tasks: the demolition work was undertaken using a new Bobcat E55z mini-excavator and the loading of debris by a new Bobcat T76 compact track loader. This combination, together with the use of specialized attachments, proved to be very effective: in just six hours, the house was completely demolished to ground level.

Overall, the demolition and complete removal of debris was completed in a record two days and it was only the delays in trucks arriving at the site to take away the spoil that meant a second day was needed.

Jiří Vrzáček said: “We started the demolition very carefully – we tore down the chimneys and gables by hand, due to the proximity of the neighbour. This was followed by lightning-fast demolition, which we actually had done in six hours. Next in line was the loading of 400 tonne of material, where we were mainly limited by the speed of debris removal from the site.

“Here the power of specialized technology was fully demonstrated: the E55z excavator with a hydraulic grab gradually dismantled the house and piled the debris to one side at the same time as sorting through the material rather than by hand. The T76 compact track loader was then able to load 32 tonne of debris in 15 minutes. Thanks to quality planning and a really careful selection of equipment, including the attachments, we managed to reduce costs by almost half.” 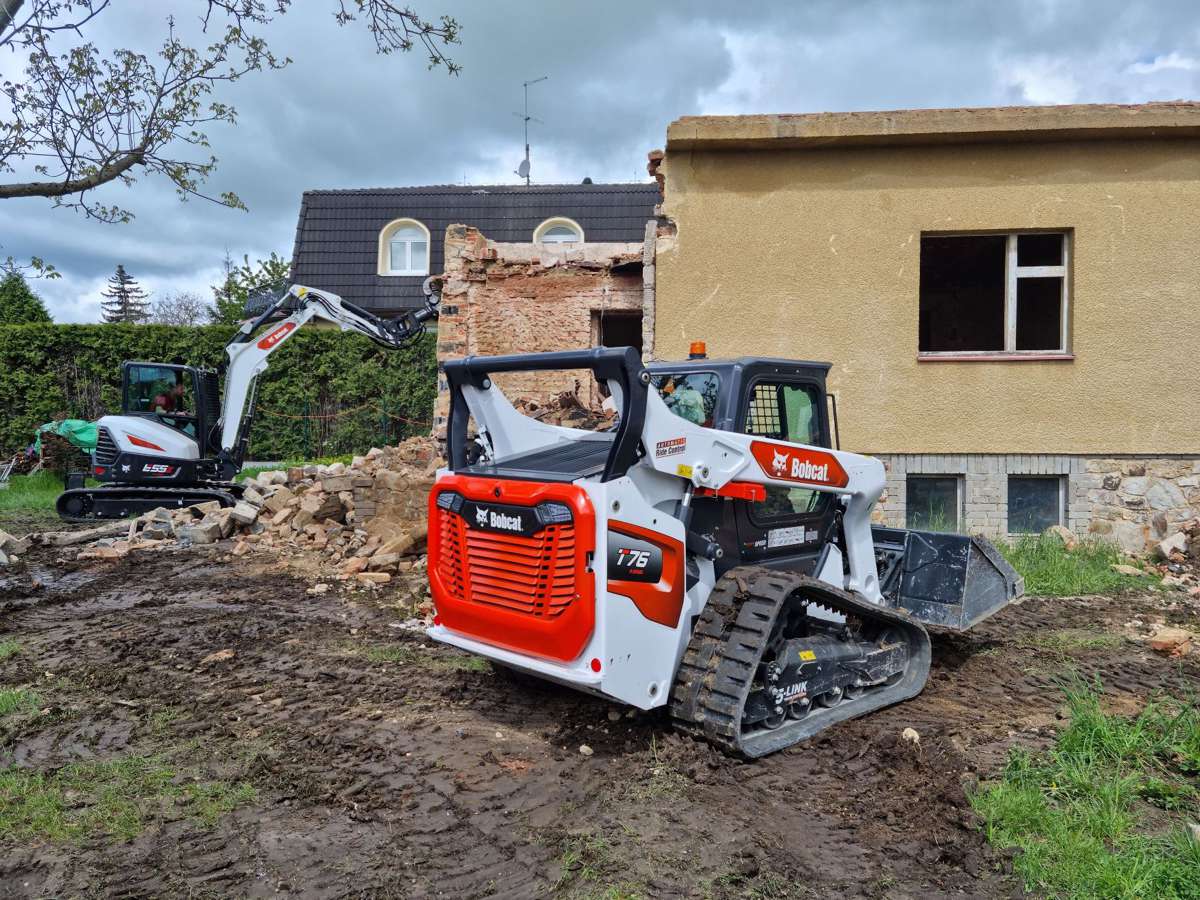 The Bobcat Machines Used in the House Demolition

An E55z mini-excavator, which features Bobcat’s unique Zero House Swing (ZHS) feature, adding another level of protection to the standard zero tail swing design, providing full peace of mind when operating the machine near walls and other obstacles. The E55z has an operating weight of 5346 kg and offers a maximum reach at ground level of 5843 mm.

The T76 is the largest of the new R-Series compact track loaders that Bobcat began manufacturing at the end of 2020. The T76 has a tipping load of 4050 kg. It can lift a load to a maximum height of 3.20 m. 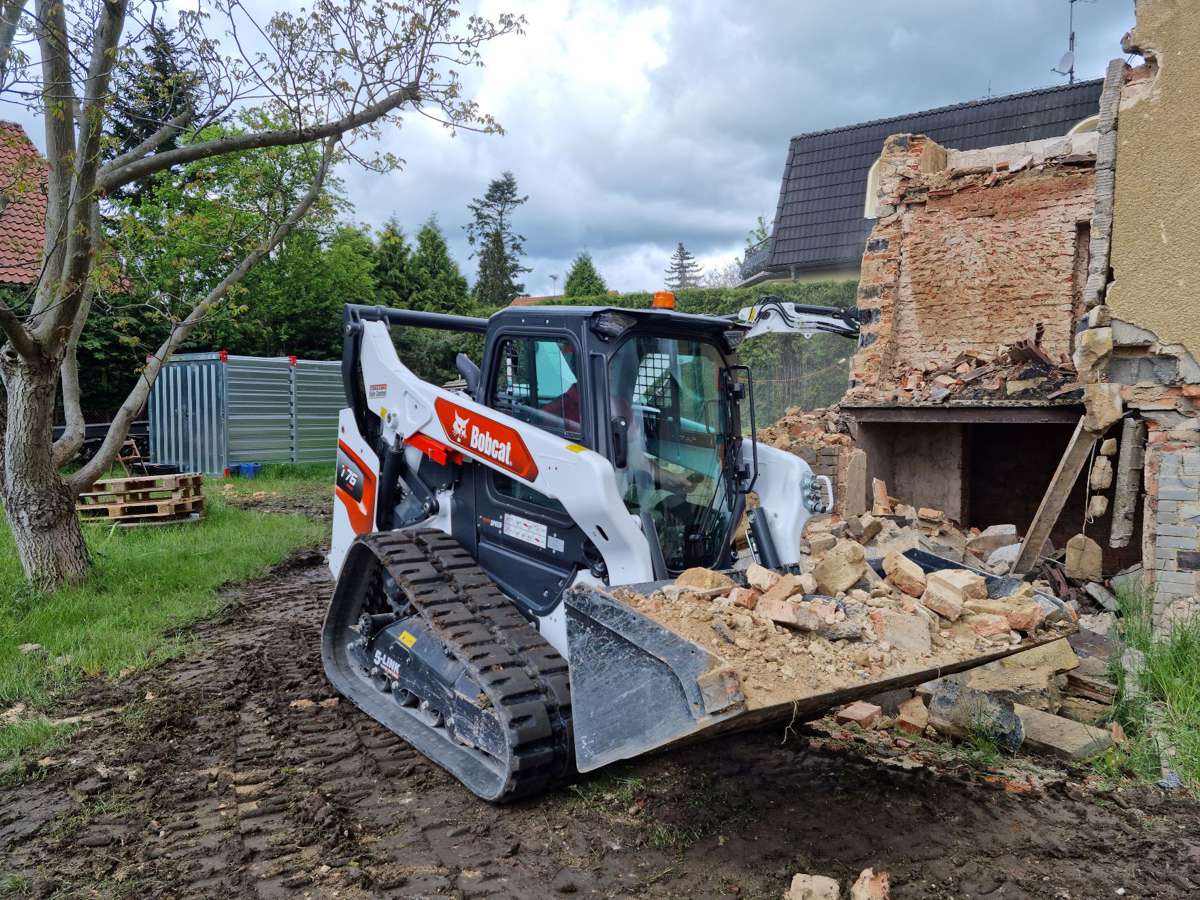