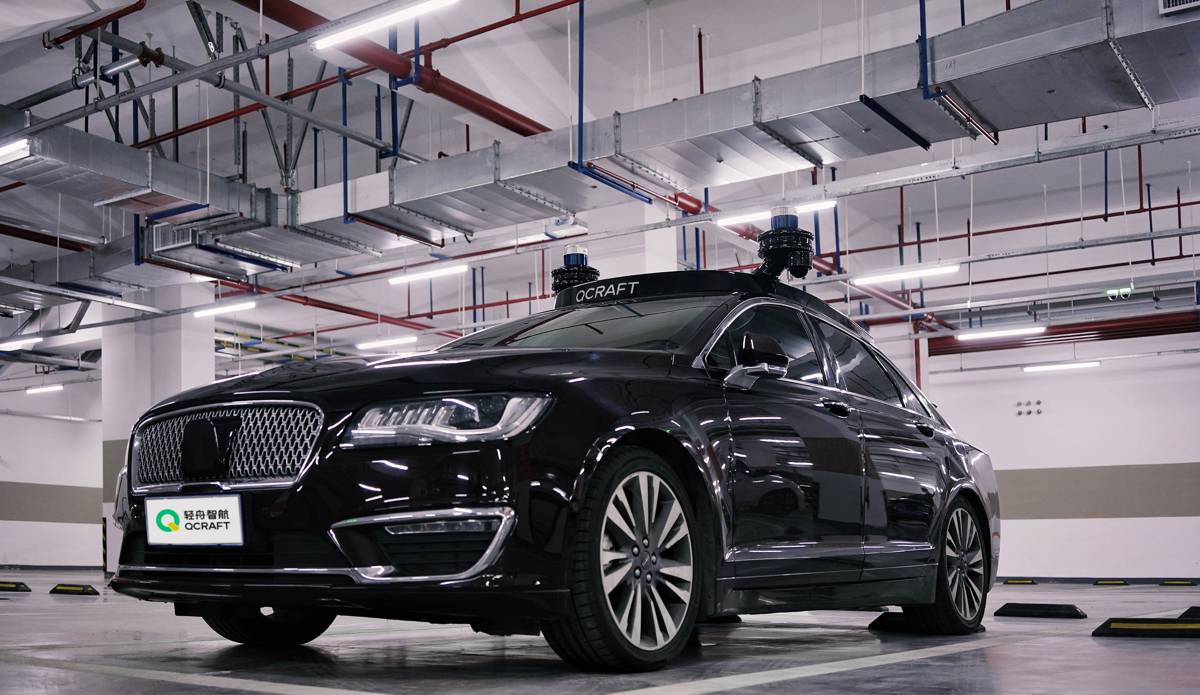 QCraft has released the 3rd-generation hardware based on its “Driven-by-QCraft” solution. The sensor suite provides compact features of multiple types of advanced high-precision sensors to achieve 360-degree blind spot-free perception with solid stability and real-time performance.

As a safety guarantee, every module including sensors, computing platform, power system and communication system are designed with full redundancy.

Most importantly, NVIDIA DRIVE Orin™ system-on-a-chip (SoC) will be adopted by QCraft to boost the next-generation of the Driven-by-QCraft solution. Armed with NVIDIA Orin, QCraft expects to accelerate the progress of its L4 autonomous driving solution to achieve automotive-grade and commercialization.

QCraft currently operates a fleet of around 100 autonomous driving vehicles, powered by the same hardware solution. Up to now, the fleet has reached ten cities globally, including in the Silicon Valley in the U.S., Beijing, Shenzhen, Suzhou and other major cities in China. This hardware solution has been powering ten types of vehicles and is capable of coping with all sorts of scenarios—urban congestion, storms and tunnels, to name a few—with high sophistication.

As the pioneer of robobus in China, Longzhou ONE, QCraft’s first robobus for public roads, has been operated in six cities, including Suzhou, Shenzhen, Beijing, Wuhan, Wuxi and Chongqing, comprising the largest fleet of its kind in China.

In 2020, QCraft launched China’s first 5G robobus project that achieve regular operation in Suzhou. One year later, the company is now expanding its footprint with the launch of a ride-hailing 5G robobus project in the downtown area of Wuxi. By deploying robobuses and three bus routes totalling 15 kilometres (9.3 miles) in the city, QCraft’s initial service connects major shopping centers and subway stations to residential communities, within a region of about 10 square kilometres in the busiest area of the city.

“Driven-by-QCraft”, the powerful autonomous driving solution, supports the firm’s rapidly responsive implementation. This solution has two modules: Onboard Software and Onboard Hardware.

The hardware solution has been developed correspondingly to realize the application of software technology. QCraft owns the full tech stacks for onboard software, including perception, mapping & localization, route planning & decision making, and controlling. The seamless compatibility of hardware and software enables quick deployment and wide applications for different urban scenarios and vehicle models.

The widespread adoption of Longzhou vehicles continuously generates massive amounts of data. Therefore, the capacity to autonomously and efficiently collect and use the data plays a crucial role in accomplishing a rapid advancement of autonomous driving technology. QCraft Dataflow Platform accelerates the autonomous driving development by automating large-scale data collection, cleaning and labelling, as well as by facilitating a data-driven and simulation-based verification and evaluation process that spans all development stages.

The redundancy design allows the vehicle’s protection mechanisms to pull over to the side of the road or brake during an emergency.

With layered power path management, power can be dynamically allocated according to real-time weather and road conditions, giving priority to supporting the core function modules and regulating the power supply of auxiliary function modules. This kind of management can help to:

Combined with a redundant power supply and the sensor suite, the power system maintains the minimum subsystems that keep the vehicle safe to drive, even when there is accidental damage to a single or even multiple core functional modules.

Furthermore, the hardware solution can also be configured according to the various needs of diverse scenarios. Depending on the forecast of QCraft, the cost of a sensor suite will drop under 100,000 yuan in the next two to three years.

QCraft has also announced the adoption of NVIDIA’s Orin product in the most updated-generation hardware.
Among current automotive AI chips, NVIDIA’s Orin X chip is at the top of the pyramid, having been called “the strongest AI chip for intelligent driving on the earth.” Relying on its computing power, NVIDIA’s Orin X chip can perform massive concurrent operations with excellence, and can support complex deep neural networks to process data generated by the autonomous driving system to make decisions.

In addition, NVIDIA’s Orin X chip meets the auto grade and complies with the ASIL-D standard in ISO 26262 at the system level, which is very important for application scenarios containing strict safety requirements.

The power consumption of computing platforms based on Orin chips ranges from 2 to 3 TOPS/W. In turn, this efficiency is helpful in the large-scale implementation of L4 autonomous vehicles.

The custom-on-demand “Driven-by-QCraft” solution targets for efficiently deploying autonomous vehicles across a plurality of settings. Longzhou autonomous vehicles rolled out by QCraft can be applied to many scenarios, including online ride-hailing, buses and shuttle cars.