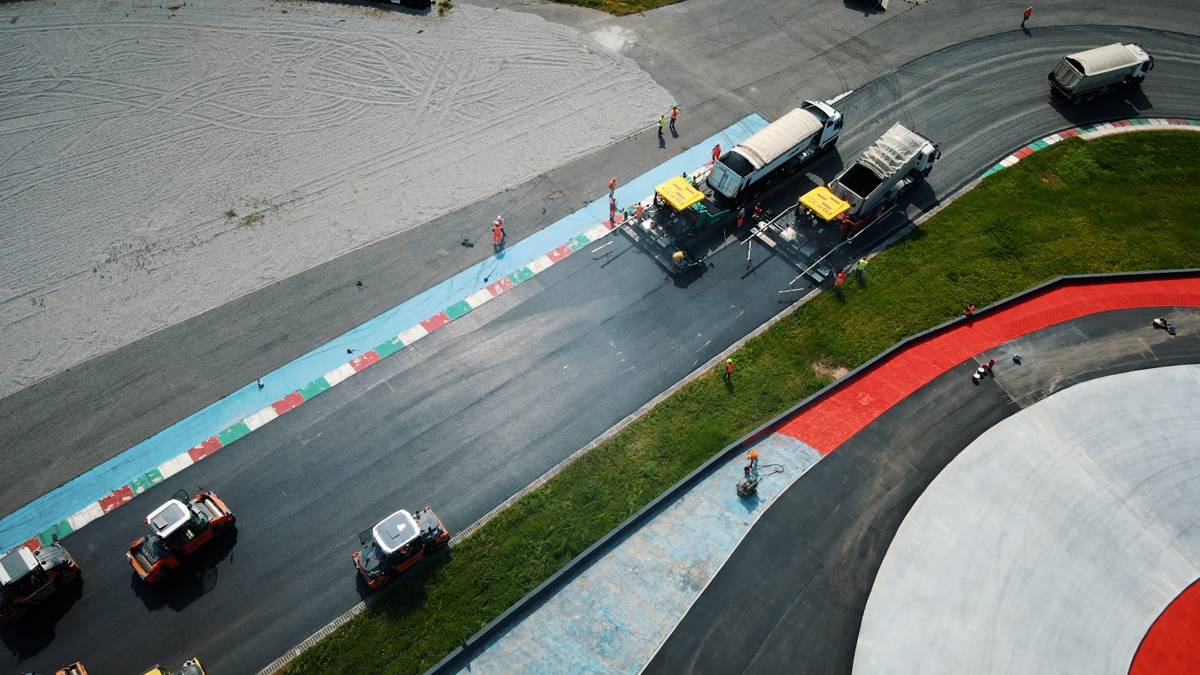 The Autodromo di Franciacorta is a race track in Castrezzato, Italy, which has hosted a variety of prestigious motorsport events throughout the years and most recently, the Porsche Festival in October 2021.

In 2019, it was taken over by Porsche to become the eighth Porsche Experience Centre and the largest in the world. Following significant investment, the centre was inaugurated on the 11th September 2021 by several senior team members of Porsche AG, including Oliver Blume, Chairman of the Board of Management and Mark Webber, Porsche Brand Ambassador and former Formula 1 driver. 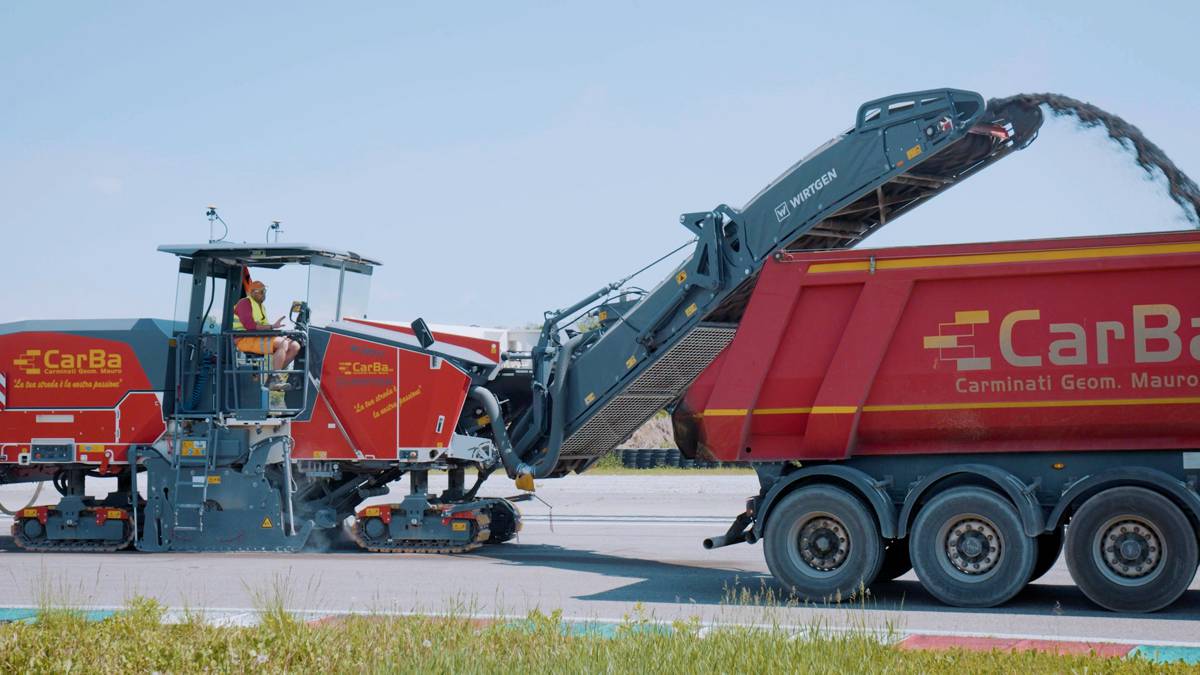 As part of this new lease of life for the circuit, a full upgrade of the track was ordered and Italian racetrack specialists, Dromo, was appointed to design and manage the task, including a full resurfacing design. Having worked closely with Topcon Positioning before, Dromo again partnered with Topcon in order to take advantage of its advanced suite of solutions. The project used the SmoothRide machine control solution, Pavelink cloud data storage and the intelligent thermal mapper systems. Together, these solutions supported the team in creating an exceptional end-result and helped to keep the project on schedule.

Jarno Zaffelli, CEO of studio Dromo, explained: “We partnered with Topcon, to get the highest level of precision and data. Using that data, we were able to implement our plans perfectly and create a track that reflects the luxury and quality that the Porsche brand is known for.” 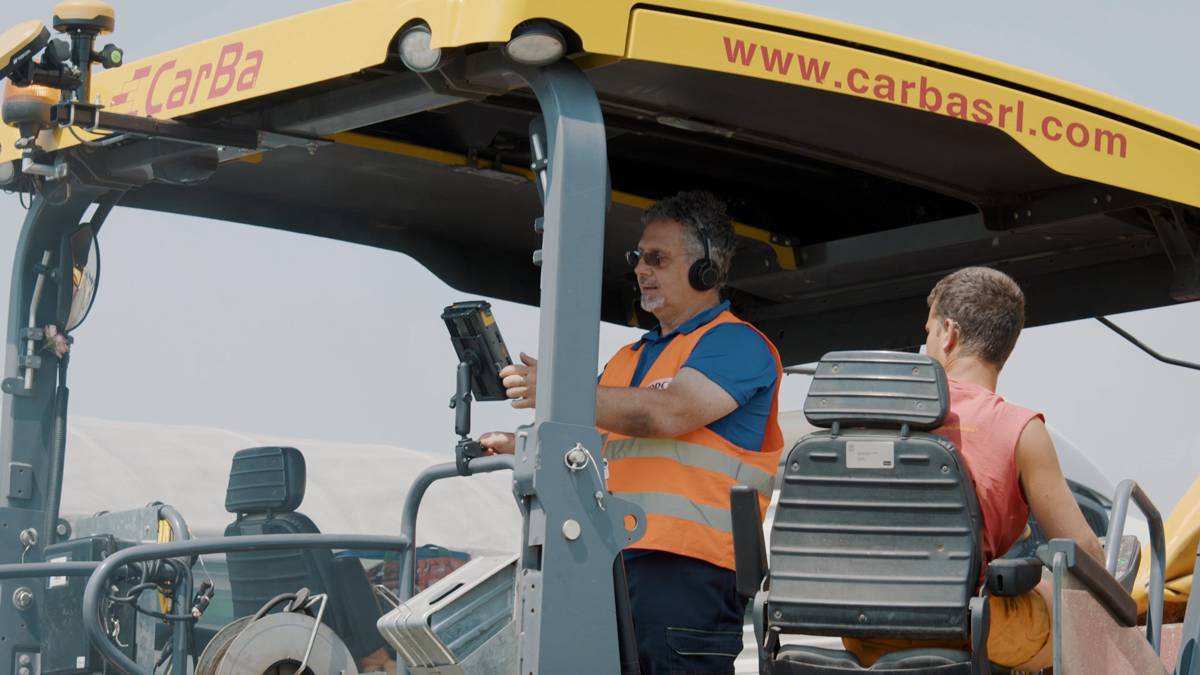 The circuit, which was first opened in 2006, last saw work to the track in 2007 with the addition of a new loop and expansion to pit and paddock facilities, as well as amenities such as restaurants, conference rooms and bars.

Ahead of the opening of the Porsche Experience Centre, the full 2.52km track was modified and resurfaced over seven days with Topcon’s SmoothRide technology playing a key role in ensuring a swift and efficient resurfacing. This quick completion was enabled in part by lidar scanning technologies also attached to the back of a truck. 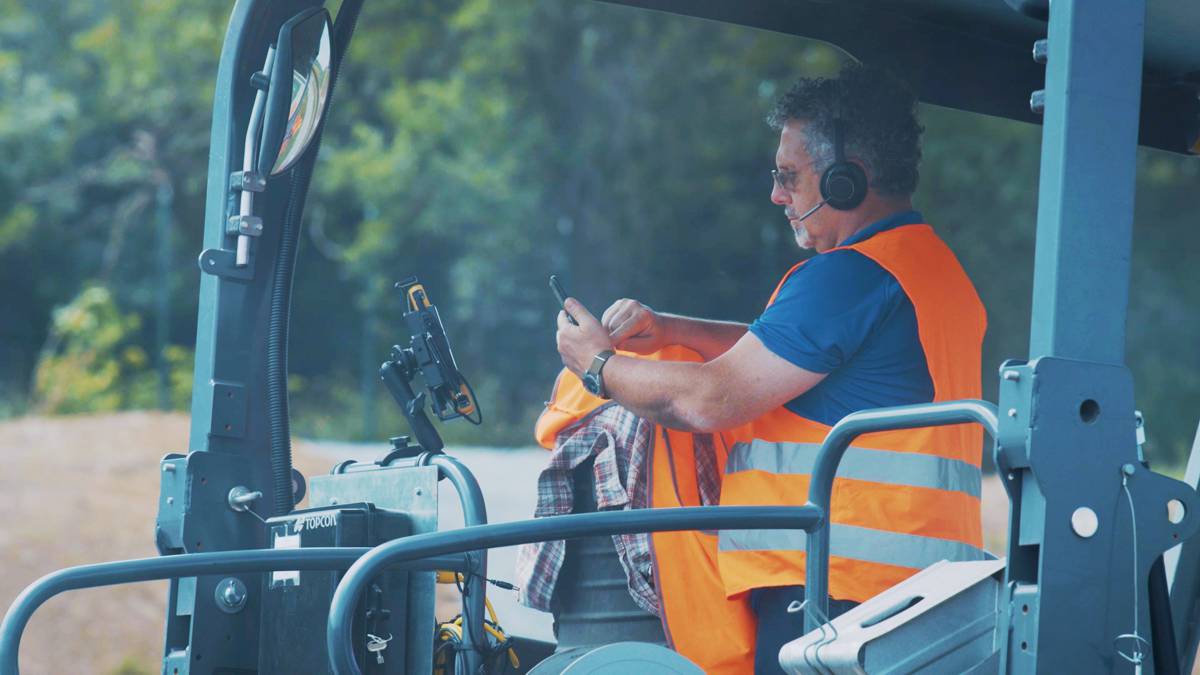 The lidar technology scanned the track and Dromo used the precise data gathered to create a 3D cloud model of the road surface.

The model of the current surface was then compared against a model of the design surface to determine what needed to be milled. Traditionally, a surveyor would have needed to spend days on the track to stake out all the milling depths, and the crew on the machine would have then needed to manually make sure those numbers were adhered to. 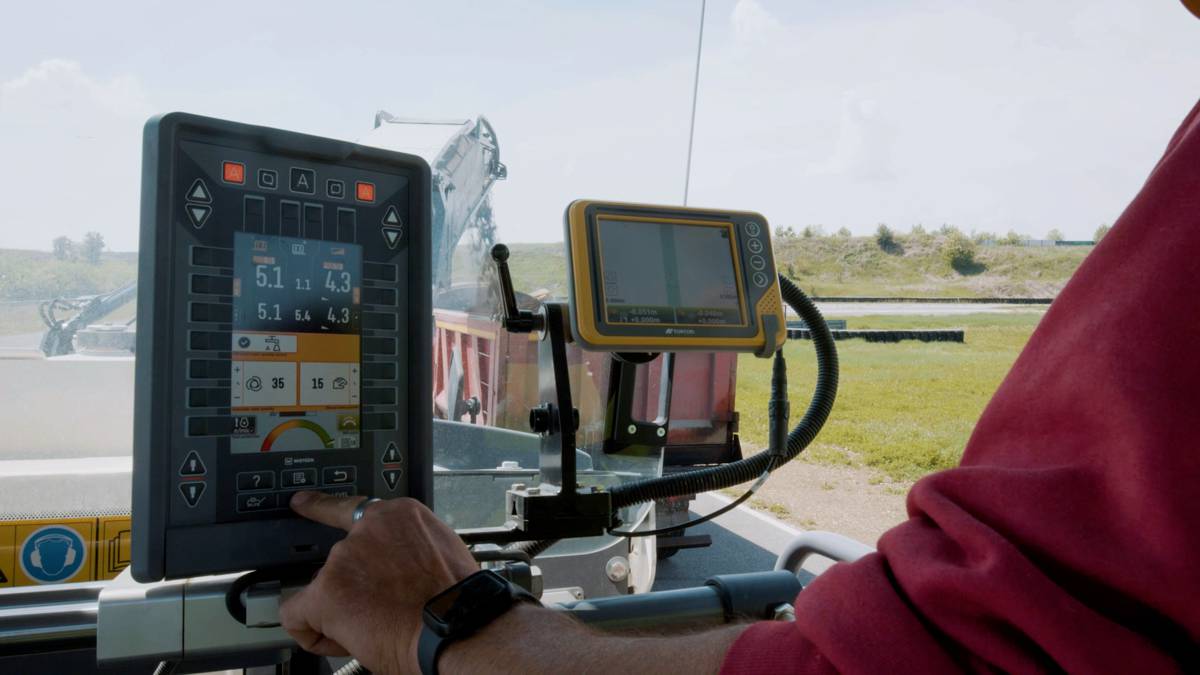 For the milling of the track, the new surface was created using the comparison of the two track models and the accurate data gathered in the scanning process. This ensured an incredibly precise end-result – a vital consideration for safety when dealing with high-speed motor racing, and increase durability of the final wearing course. The data was easily shared via the cloud with the milling machines, which were equipped with the latest GPS technology and 3D machine guidance. Combined, the solutions ensured an efficient milling process, which then facilitated a precise grade across the entire circuit.

When it came to laying the new surface, monitoring the paving temperature across the entire paving width was vital, Topcon’s Thermal Mapper was another part of this winning equation. By providing key information and data in real-time to all stakeholders via the cloud, the temperature of the asphalt was easily monitored throughout the process. This is an essential step as it stops the possibility of thermal segregation which is caused by temperature differences in the hot mix asphalt mat as it is laid. 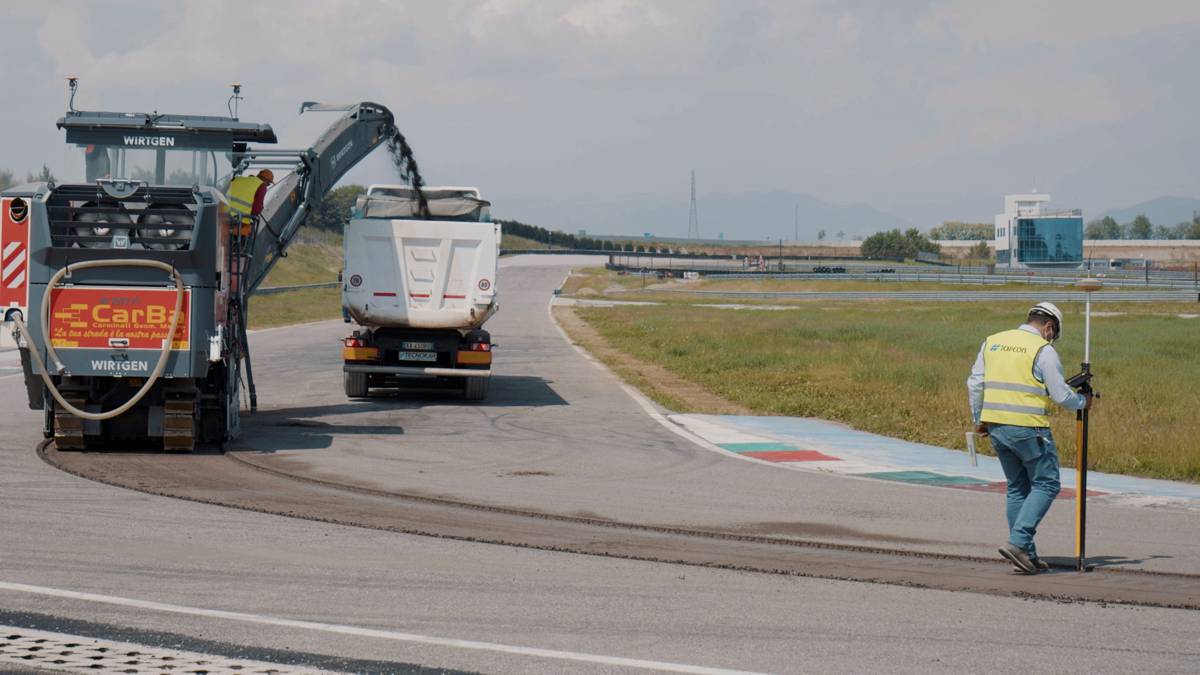 Filippo Piccoli, Site Engineer at studio Dromo, explained: “By providing constant updates to the operator, the Thermal Mapper allowed the paving process to be adjusted as it happened. Using the up-to-date information meant the operator could easily change the distance between the paver and the roller, the paving speed and more.

“This was vital in order to stop thermal segregation, which can lead to cracks in the track and low-density asphalt areas. Stopping any thermal segregation by knowing the asphalt mix’s temperature, and what it is being laid at, prevents damage to the road as it is laid and leads to a durable, lasting and safe surface. This is key for safety, especially at high speeds.”

Topcon’s Pavelink and the Thermal Mapper take care of intelligent compaction and logistics management with Sitelink providing a cloud-based solution to store milling data. Easily accessible, the project team can utilise the data to assess and communicate updates and changes quickly helping to speed up the construction process. 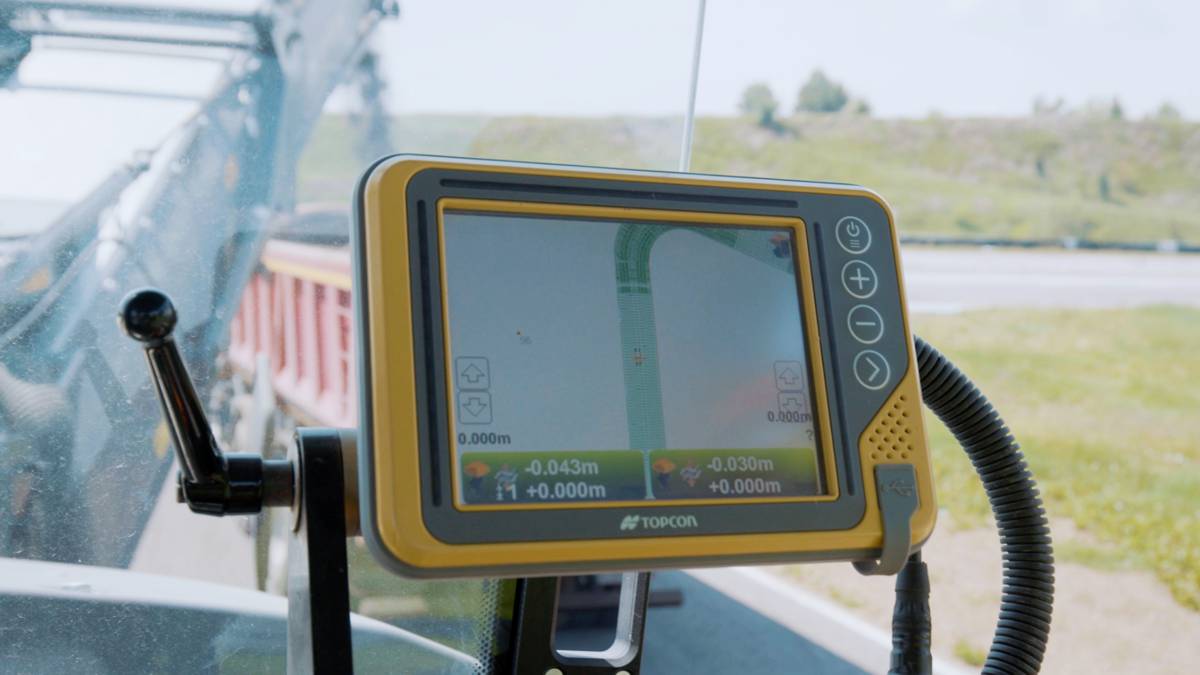 Racetrack maintenance is traditionally a time-consuming and costly process. By using technology such as SmoothRide and the Thermal Mapper though, the racetrack is resurfaced in the most cost-effective and efficient way possible, giving those in charge of racetrack operation peace of mind.

Ivan Zatti, Machine Control Field Surveyor at Topcon, said: “With the new surface in place, the tracks’ mix of chicanes, curves, and corners are a perfect place to practice driving techniques and we are sure that Porsche, and its customers, will have some fantastic experiences pushing their cars to the limit.” 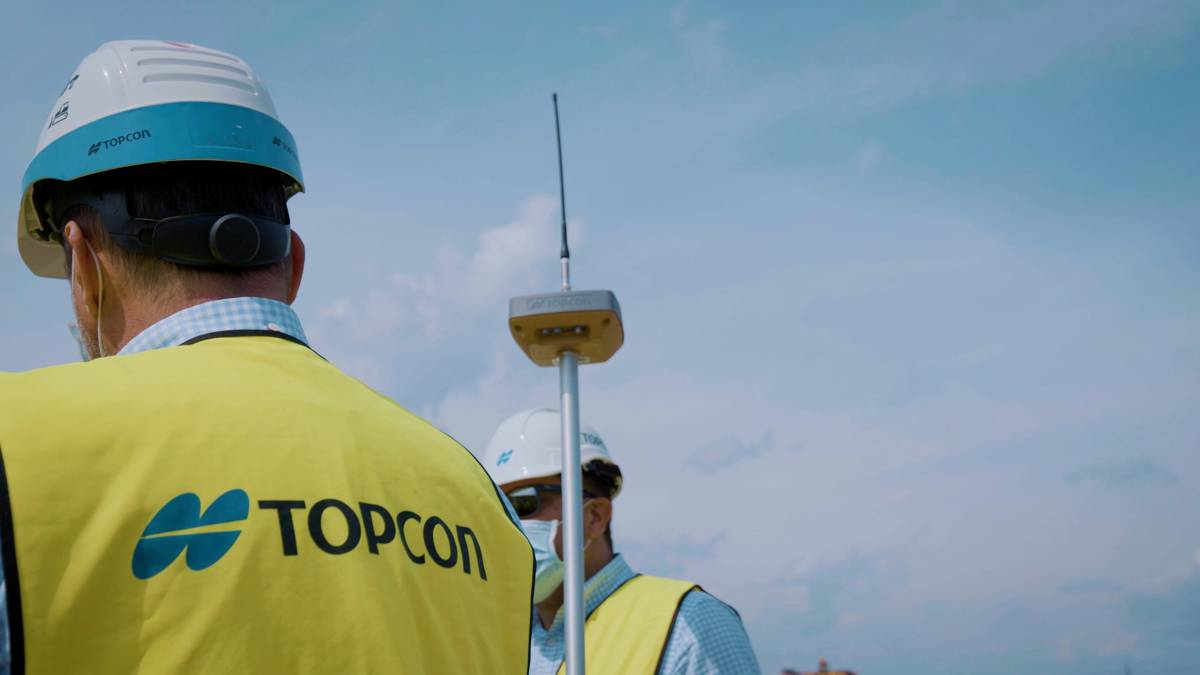