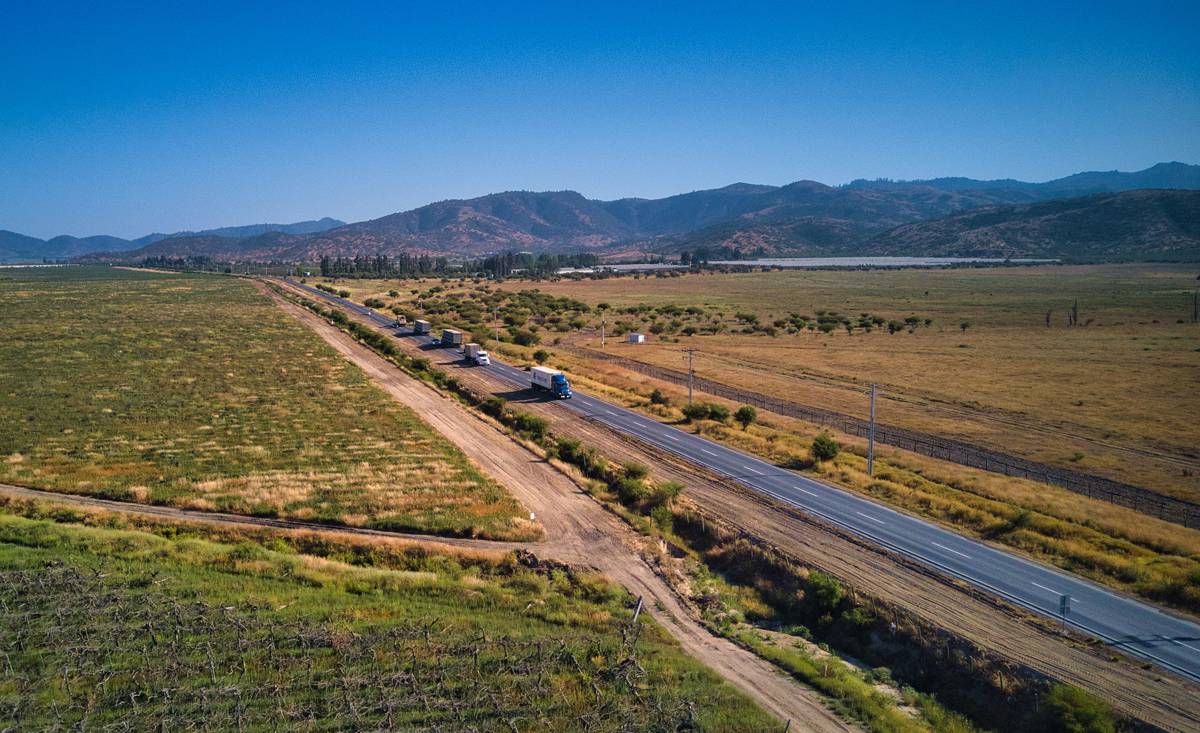 Sacyr Concesiones has successfully closed the US$420 million (approximately €372 million) financing for the construction, expansion and improvement works of the Ruta 66 Camino de La Fruta P3, managed by Sociedad Concesionaria Ruta de la Fruta for a term of 45 years.

The funds will be used for the construction and improvement works of the current road, whose works for a total of 142 km began last September. The estimated investment is US$560 million (approximately €496 million).

As a whole, the improvements to the road will benefit the inhabitants of the districts that the road crosses and will contribute to generating fluid traffic for trucks traveling to the Port of
San Antonio.

Sacyr’s presence in Chile dates back 25 years, when in 1996 it was awarded the first contract to build and operate the Los Vilos-La Serena highway, at the beginning of the country’s P3 System.

Since then, it has invested close to 6,500 million dollars in various projects through its three lines of business, including the construction, operation and management of 2 airports and 14 P3 roads, totalling more than 1,700 km of highways.

In hospital infrastructure, it has been awarded 7 hospitals, totalling more than 2,600 beds and approximately 600,000 m². These include the Antofagasta and Buin-Paine hospitals (in a P3), Alto Hospicio, Biprovincial Quillota-Petorca, Villarrica, Sótero del Río and Cordillera.

In 2020, Sacyr Concesiones Agua started been operating four water cycle management companies in the Metropolitan Region and one water treatment company in the Antofagasta Region, serving a population of approximately 150,000 inhabitants.