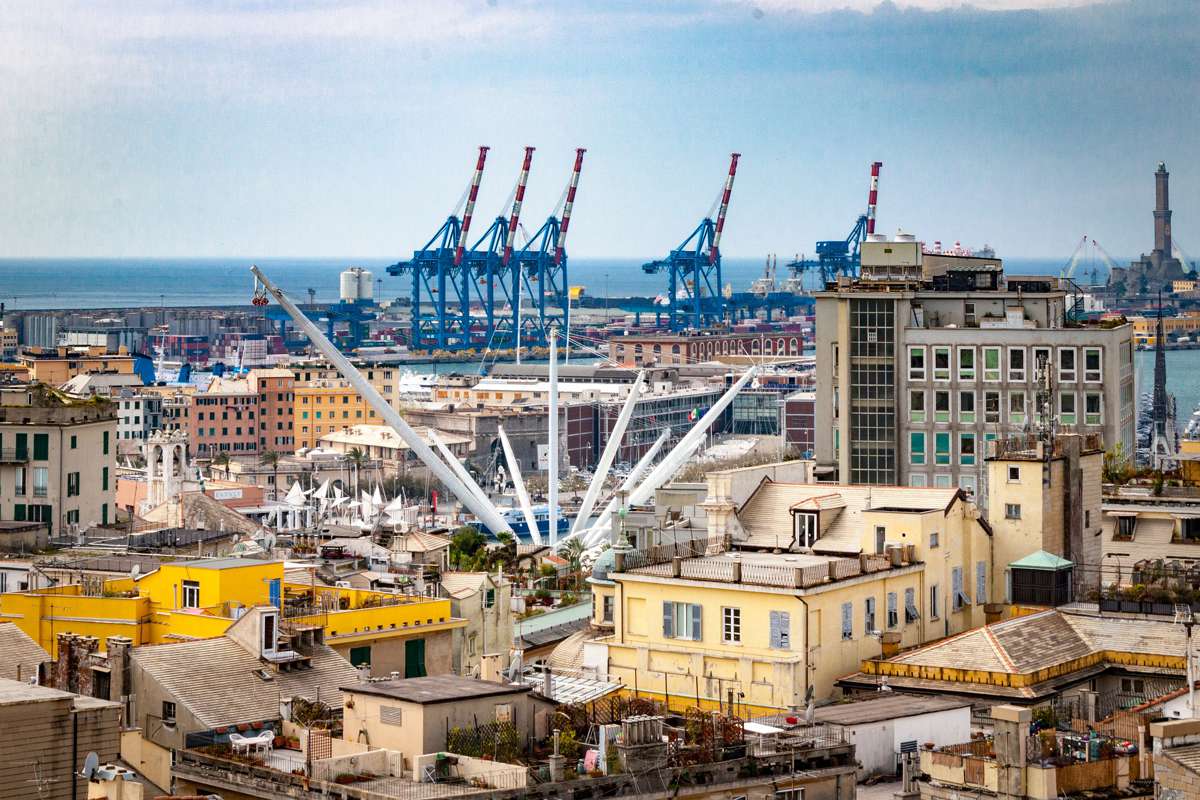 EIB invests €300m for the Port of Genoa expansion

EIB invests €300m for the Port of Genoa expansion

The EIB support will support the construction of a breakwater, allowing modern cargo ships to access the port safely and upgrading the rail network to facilitate freight transit and reduce road traffic.

The European Investment Bank (EIB) provides a €300 million framework loan to Autorità di Sistema Portuale del Mar Ligure Occidentale (Port Authority of the Western Ligurian Sea) to contribute to financing the largest renewal of the Ligurian port area in the past 25 years. The plan, initiated before the collapse of the Morandi Bridge in 2018, became even more necessary and urgent in its aftermath. It spurred several public entities in the region to embark upon an ambitious investment programme aiming to improve access to Ligurian ports and airports.

The EIB loan will contribute to financing different works, including the new Genoa breakwater, for which the government has earmarked a total of €600 million (€500 million from the Recovery and Resilience Facility Complementary Fund and €100 million from the Port Infrastructure Fund). The work will reduce the risks of climate change-induced flooding and enable modern cargo ships to access the port easily, loading and unloading cargo safely. It will facilitate access to the Port of Genoa, granting it a strategic advantage for capacity and production development.

The project will also contribute to upgrading the FuoriMuro railway network with 750 metres of track, benefiting freight transit and reducing the road traffic caused by arriving lorries. The EIB financing will enable the restoration of existing quays and the development of shore-to-ship electrical connections (cold ironing), allowing berthed ships to receive power from the ground-based electricity network, cutting emissions from fuel.

This operation will bring total EIB support for Italian ports to over €1 billion. This makes the EIB the leading financier of the Italian port authority, backing a strategic sector for Italian and European connectivity and economic development. This sector will also play a key role in combating climate change and will be in line with the EIB’s new Transport Lending Policy.

EIB Vice-President Gelsomina Vigliotti said: “We are proud to support the infrastructure and environmental development of the Port of Genoa, a key economic, export and tourism hub for Italy. One of the EIB’s main objectives is to invest in infrastructure promoting connectivity and environmental sustainability as tools to strengthen resilience and economic competitiveness and to assert European strategic positioning globally.”

President of Autorità di Sistema Portuale del Mar Ligure Occidentale Paolo Emilio Signorini added: “We are very proud of today’s signature, which demonstrates how involved the EU bank is in the development of Italy’s premier port in the European core network, and the strategic value of the new Genoa breakwater for the development of the port logistics system in a spirit of safety and sustainability. The planning structure and technical, financial and permit planning for the work is unprecedented in its thoroughness and analytical nature — we’re proud of this, too.”

The ambitious design is a project of common interest for the EIB, as outlined in the Treaty of Lisbon. It also supports the environmental transition towards modes of transport with less environmental impact, in line with EU goals. Achieving this objective in Italy will make it possible to further promote maritime and railway transport through the introduction of new alternative power infrastructure in ports.

In this way, the EIB financing will contribute to the growth and expansion of Ligurian ports, and will increase the competitiveness of the Italian economy in terms of sustainability, safety and employment. An estimated 4 900 jobs will be sustained per year during the implementation phase.

This project is the EIB’s third financial operation with the Ligurian port authority, after the success of investments made in 2012 and 2013 to renewof the ports of Genoa and Savona.