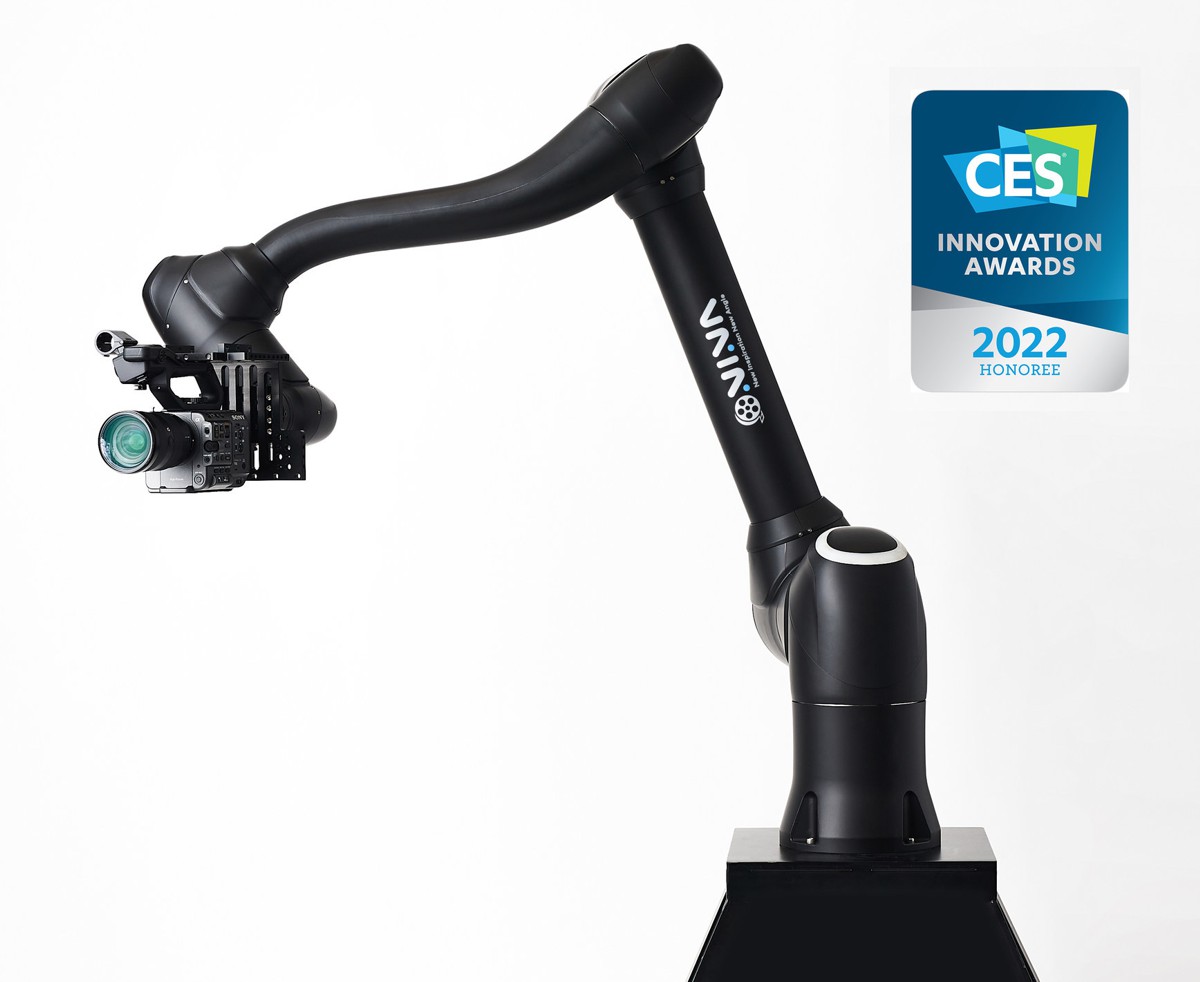 Doosan Robotics Inc, one of the world’s leading cobot manufacturers, announced it will be exhibiting at the Consumer Electronics Show (CES) 2022 from January 5-7 at booth 5318, West Hall, LVCC to demonstrate the company’s unprecedented line-up of innovative robotics.

The two-story space will feature a series of exciting performance robots and interactive experiential kiosks in the “robot studio.”

Marking Doosan’s first-ever entry into the entertainment industry marketplace is the unveiling of NINA (“New Inspiration. New Angle”), also its first public appearance of the CES 2022 Innovation Award winning product prior to its global launch within 2022.

Designed with prosumer content creators and mid-level enterprises in mind, the innovative camera robot system defines the next generation of motion control through its proprietary user-friendly software, empowering anyone to adopt professional cinematography skills and create production quality content at the highest levels.

The NINA system automatically senses an object and calculates distance, allowing smooth and consistent robotic-assisted filming. Users will be able to pre-test angles by running simulations before actual filming to conserve time and save production costs. In addition, Doosan plans to create an open-platform for users to exchange presets of camera movements to diversify filming results and allow beginners to incorporate difficult-to-film angles at a click of a button.

NINA will also arrive with award-winning hardware, including 360-degree rotation to create uniqueness in cinematic works and ergonomically compact design, ensuring performance on par with industry robots with a payload of 25KG. The robot’s safety and emergency stop functions provide collision sensitivity powered by six-torque sensors and were validated with the highest safety scores. Further unique features include a joypad and hand teaching, motion import and export, pre-simulation, 720-degree rotation, and hanging/moving capacity at the lightest weight.

“We highly anticipate the upcoming March release for our NINA camera robot system, and look forward to showcasing for CES attendees this year,” said William (Junghoon) Ryu, CEO at Doosan Robotics. “NINA brings in a whole new era for Doosan as we expand our offerings into the entertainment and content genre. Our goal has been to deliver something accessible yet innovative for professional content creators across entertainment, advertising, social media, and other relevant industries, and we’re confident NINA will deliver in big ways across the board.” 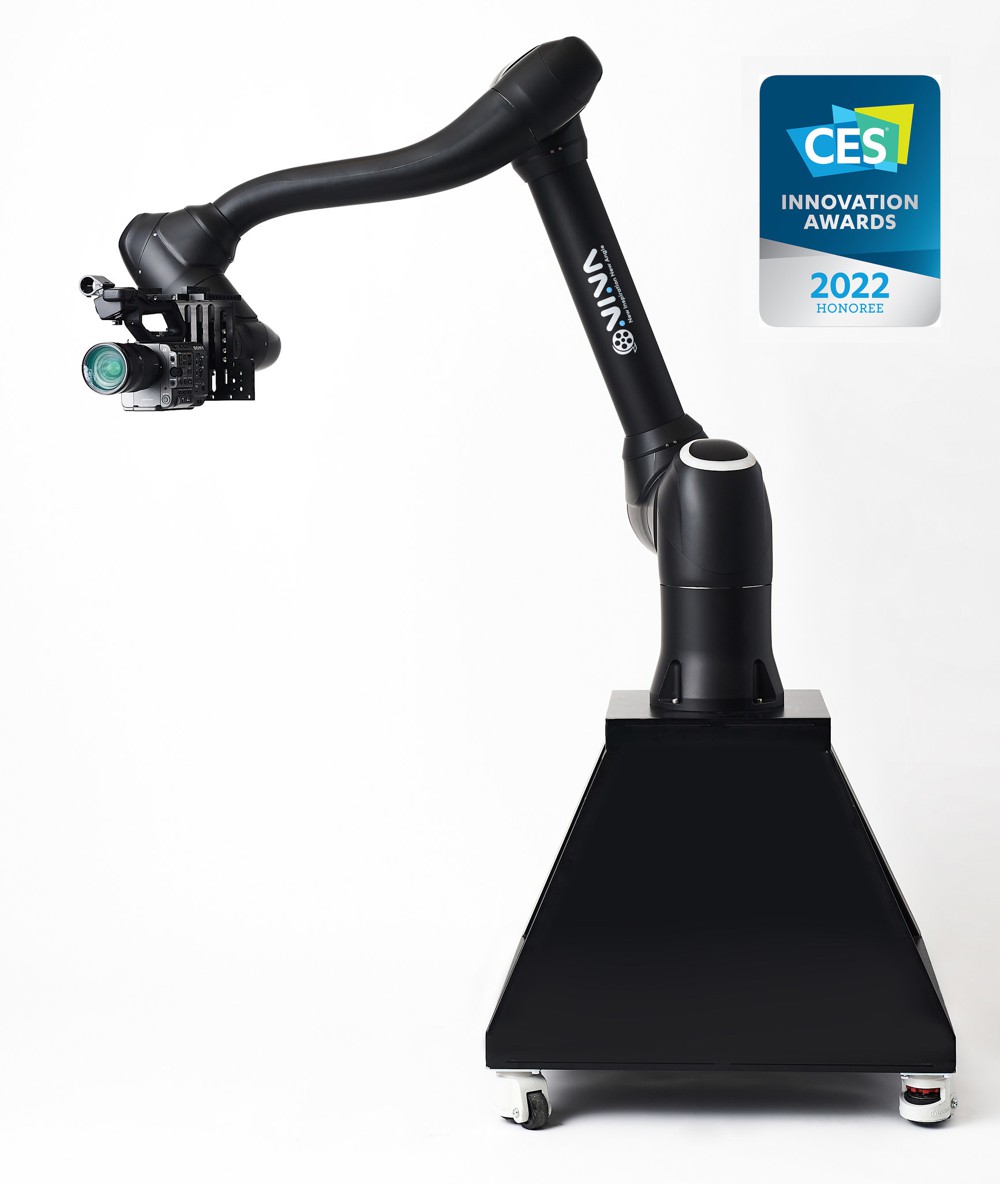 Other Demonstrations at Doosan Booth

Doosan will also be performing its flagship H-SERIES packaging and palletizing goods supporting the need for improved efficiency and profitability by automating the logistics and supply chain industry. Shifting interest to sustainable agriculture against climate change, visitors can also experience smart farming operations powered by Doosan’s M-SERIES on the same site.

Leveraging the expanding adoption of cobots in the food and beverage industry, Doosan will feature video demonstrations of the company’s unmanned modular robot café, DR. PRESSO.