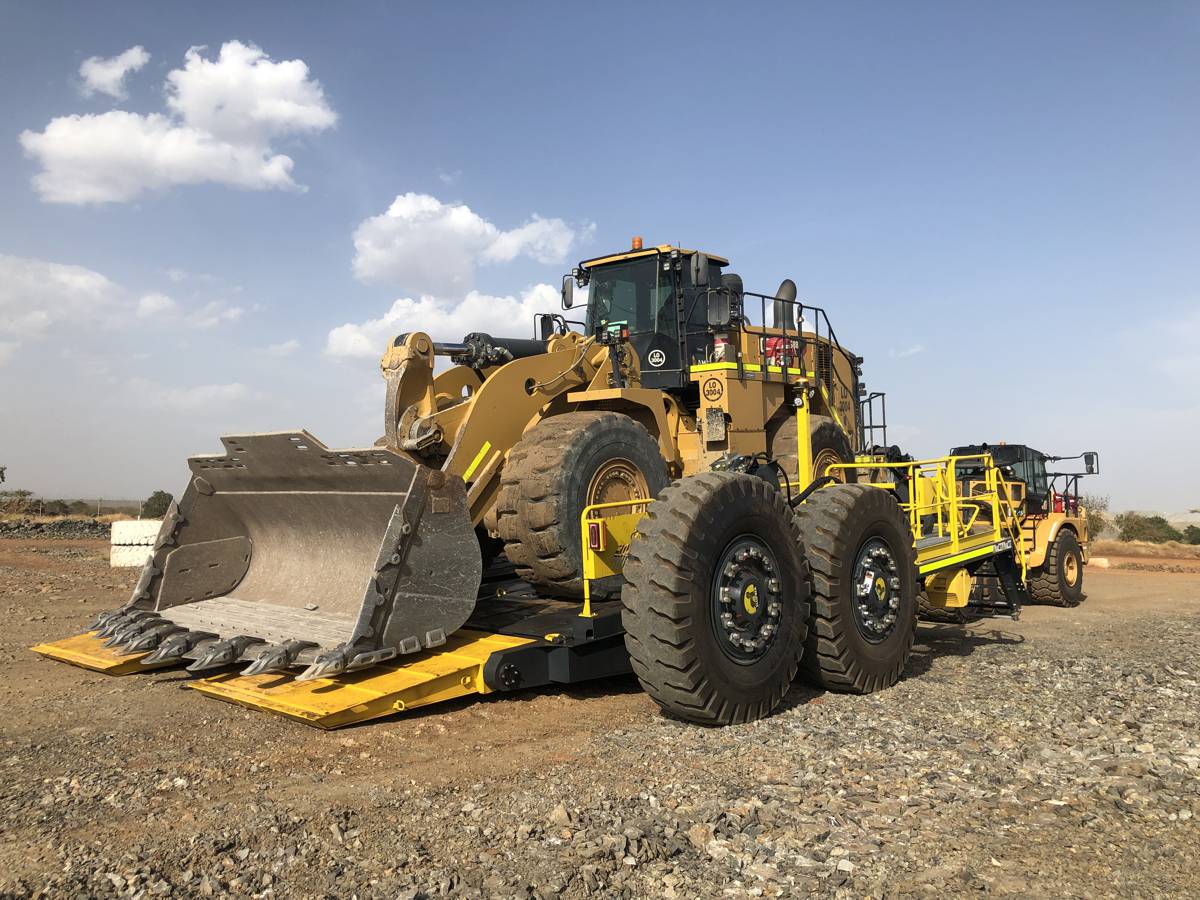 Sleipner updated its entire DB product family last year and has unveiled two new narrower models. The new DB80 and DB130 models have a maximum payload of 80 and 130 tonnes respectively, and both are equipped with Sleipner’s patented loading ramps.

The new product family received an exceptionally positive reception even before the official launch, and the first orders have already been delivered to Finland and Africa end of year 2021.

“Our new models have been engineered in response to feedback from our customers. For example, we previously offered a 120-tonne model, but customers requested a narrower version. Accordingly, our new DB130 model is less than 10 metres wide and the smaller DB80 model is just over 8 metres, despite offering slightly higher payloads. The new models are now suitable for use on narrower roads,” says Teijo Höylä, Product Manager at Sleipner.

Sleipner had already negotiated the delivery of previous-generation DB models to Africa before the outbreak of the pandemic. Following the resulting delivery delays, it was natural to upgrade the order to the new DB models already before their official launch.

“We thought of the customer’s best so they could get newer and even better features for the same money. For example, the new models also feature full remote control and telemetry. Data can be automatically collected from the machines, allowing us to respond rapidly and remotely to possible faults and even perform software updates. There is no longer the need to fly all the way to Africa to investigate the tiniest of faults,” Höylä describes.

Another new feature on the new models is the patented loading ramp that follows the surface of the ground. The solution reduces service and maintenance costs compared to traditional models and minimises stress on the loading ramp during loading.

Viewed from above, the modular load beds on the two new models are largely similar – the main differences are the payload capacity and width. The decisive factor in choosing between the two models is the type of dozers they will be used with. The DB80 model can transport dozers up to D10T/D375 and the DB130 up to D11T/D475.

“The new models have been engineered for use in all conditions, from the coldest to the hottest climates. Mines are located all around the world, and our customer base is global, so Sleipner products have to operate reliably everywhere. When engineering structures and components, we make sure that they all have a long service life and low life cycle costs, that spare parts are available globally, and that they are easy to service and maintain,” Höylä adds. Sleipner’s DB series enables fast and safe loading and transport while adding flexibility to daily production planning. Drills and bulldozers can be picked up and delivered efficiently directly to where they are needed.