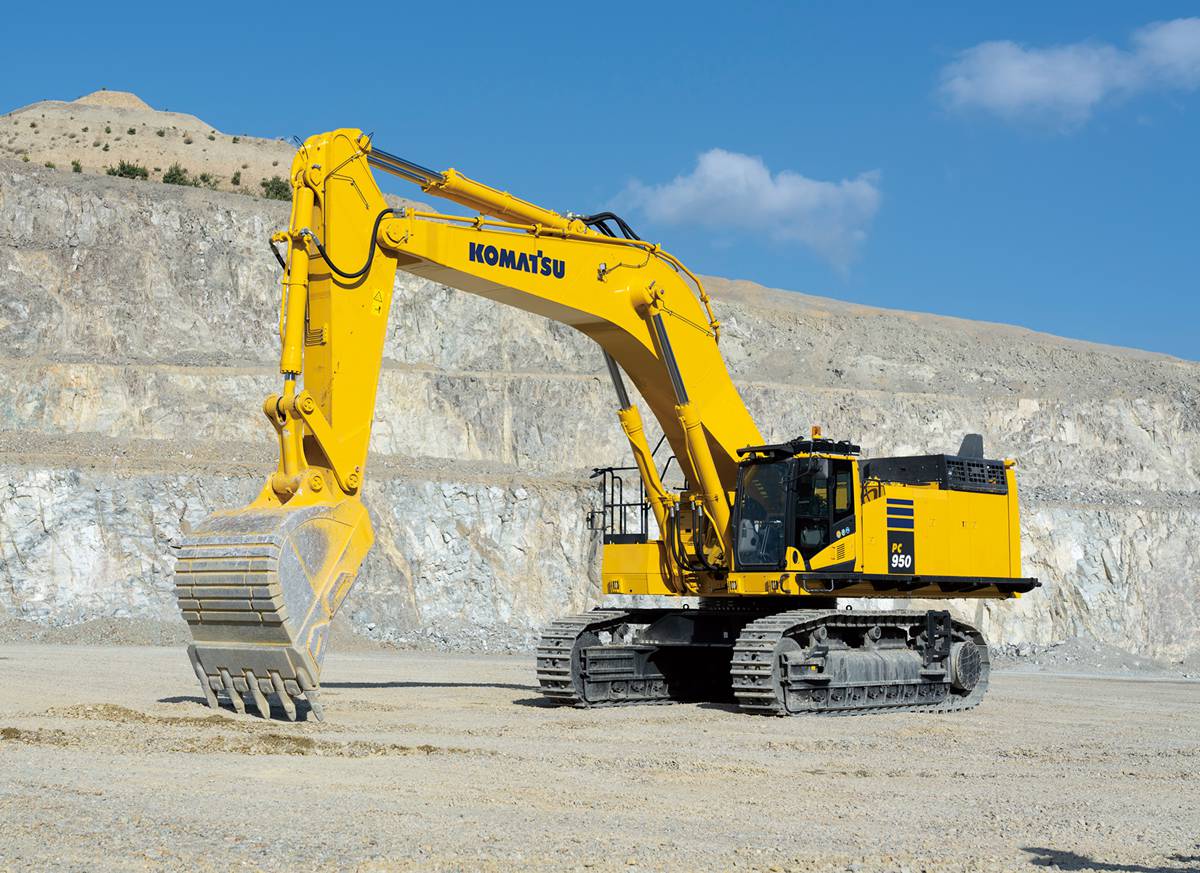 Komatsu has incorporated the latest technology in their newly launched large hydraulic excavator PC950-11, which meets the 2014 emissions standards. The model also complies with the latest regional emission regulations, and is scheduled to be released in this fiscal year in regions such as North America and Europe.

The excavator is the first complete model change in 12 years from the conventional PC850-8E0 excavator, which is mainly used in crushed stone sites. In this model change, the off-road law 2014 standard has been met, and the machines mass, output, and output have been increased over the conventional model. The bucket capacity has also been increased, and the model name has been renewed. In addition, both work volume improvement and fuel efficiency improvements have been achieved, as well as increased engine output by adopting a new, modern engine.

For safety, the KomVision system is used to support a safe and comfortable work zone for the operators at the work site. Pre-engine maintenance is also safer and maintenance easier with the installed camera system.

A catwalk on the right side of the cab are equipped as standard.

Significantly improved work volume: In addition to the conventional E mode and P mode, a new P + mode for large production volumes has been added. At the same time, bucket excavability is improved by increasing the capacity and adopting the newly developed Kprime tooth system, and the cycle time is significantly increased. These improvements have boosted work productivity by up to 48% compared to the conventional machine.

Strengthen work equipment, suspension, and cooling core: Komatsu investigated how the conventional model is used in the market, and building on these insights strengthened the durability of the boom, arm, and the suspension. By adopting the newly developed Kprime tooth system, the durability of bucket teeth and pin shaft has also been improved.

In addition, the durability of the cooling core has been improved to extend service life.

The catwalk also makes it easier to clean the equipment.

KomVision (machine peripheral camera system): Video of the area around the machine can be displayed on the monitor screen from four cameras installed on the side and rear of the machine to give a birds-eye view of all the cameras on the displayed at the same time. The monitor can also be switched to a single camera view with the touch of a button.

0 0 0
Previous : What trucking companies do to keep up with sustainability pressure
Next : Creating a Secure Supply Chain