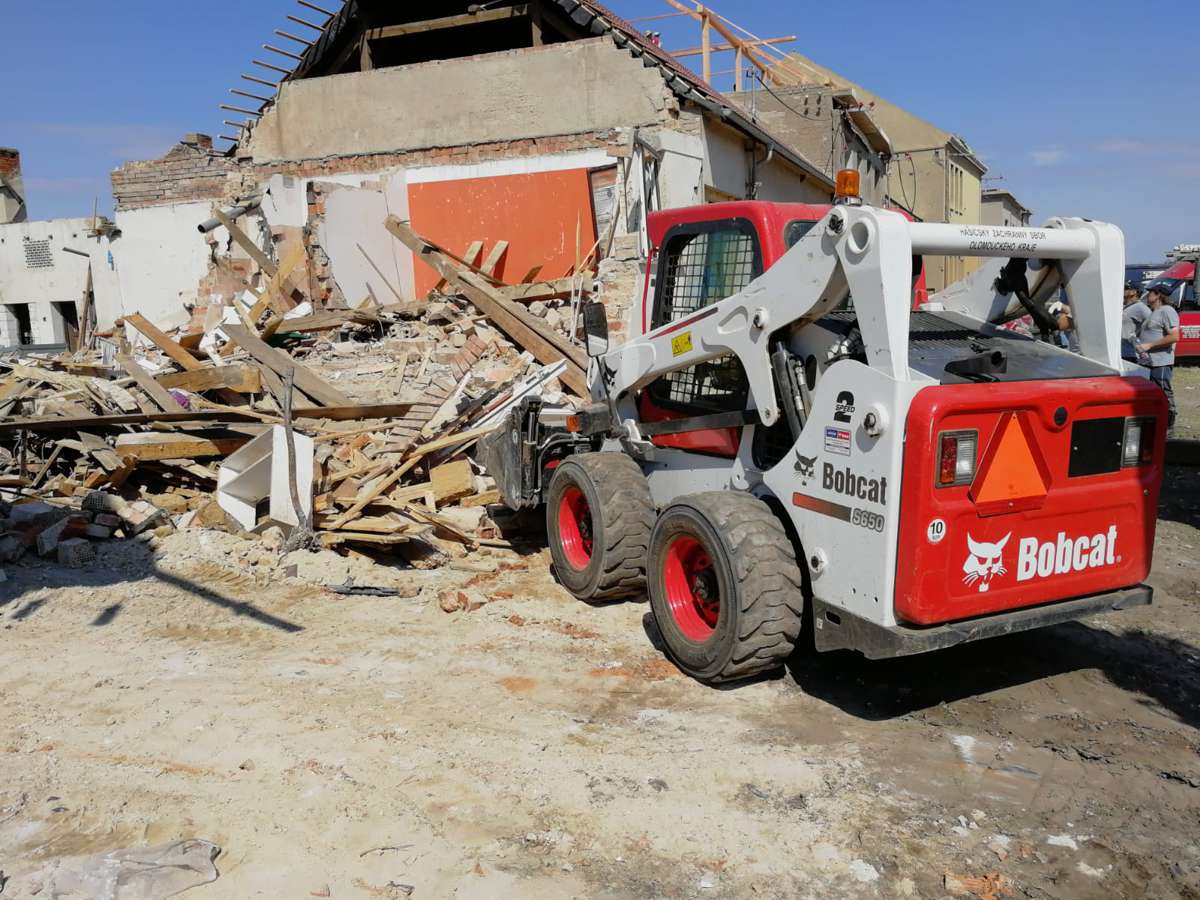 Bobcat loaders are iconic machines, especially in construction, but they also have an irreplaceable role to play in many other sectors.

In 2022, it is 10 years since 13 Bobcat S650 skid-steer loaders were brought in to help firefighters throughout the Czech Republic. Here we reveal the work they have been doing, being deployed in all types of work, including   interventions in major floods, traffic accidents or the recent tornado in the Eastern part of the country (the Moravia region).

The Bobcat loaders are used to move materials at the site of interventions and to build defensive earthworks after floods and to remove debris when searching for and rescuing disaster victims.  As a result, the machines are equipped with solid, highly resistant tyres to remove the risk of punctures. Among the attachments, combined 4-in-1 buckets, industrial grabs, demolition hammers and sweepers are most often used during rescue work. 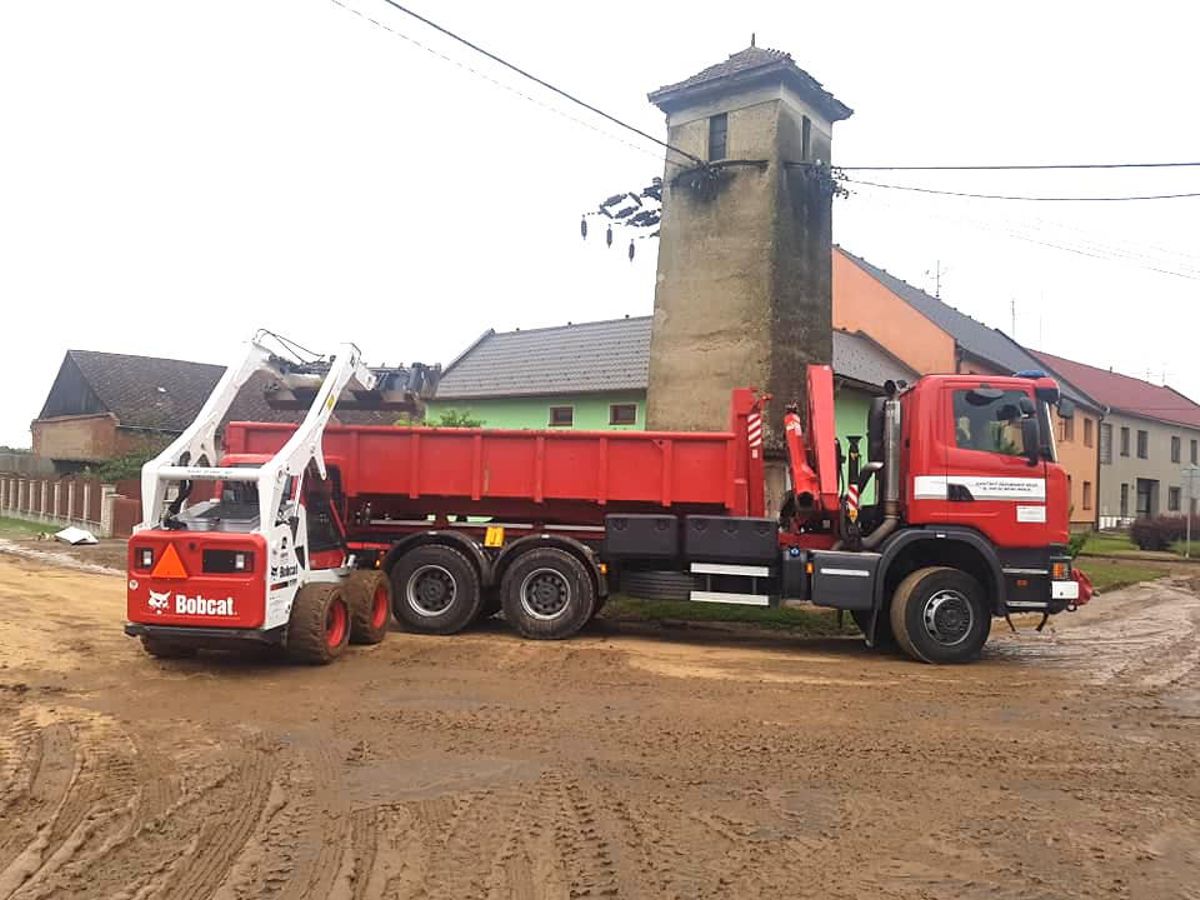 10 Years in the Field

The fire brigade loaders have proven their value on an almost daily basis with many interventions taking place. Over the past decade, they have been indispensable helpers in a number of crisis situations. Examples are the removal of debris after the massive explosion of the ammunition depot in Vrbětice in 2014, help after the tornado in Moravia in 2021 or their continuous role during flash floods, which unfortunately happen regularly in the Czech Republic.

At the Olomouc Region Fire and Rescue Service, they use the Bobcat S650 loader mainly to help in emergencies associated with natural disasters. “The S650 is a versatile and durable tool for firefighting purposes – without the power and flexibility of the S650, we would have been dealing with some of the consequences of extraordinary events for a much longer time. Owing to the versatility it offers, we are also not afraid to use the S650 for innovative and unique procedures in firefighting practice, such as helping to evacuate vehicles at risk of fire from inaccessible areas,” explains Lt. Mgr. Lucie Balážová, a spokeswoman for the Olomouc Region Fire and Rescue Service.

“The S650 is a big worker which we first used on development work at the station and over time it started working on interventions, where it has proved very successful. The S650 has excellent off-road handling, high performance and is amazingly versatile – we use a number of attachments designed for loading, sweeping and for working with pallets. This is a machine that works very reliably,” comments Lt. Col. Mgr. Jaroslav Mikoška, spokesman for the South Moravian Region Fire and Rescue Service.

Bobcat loaders did a great deal of work in removing the debris and turmoil caused by the tornado in Moravia, where they were deployed for many days and worked reliably with almost no rest. Pprap. Mgr. Tomáš Grošek, operations technician, said: “In this deployment, the Bobcat S650s proved to be the best helpers, not just for us, but for the inhabitants of the affected areas, who needed their services the most.” 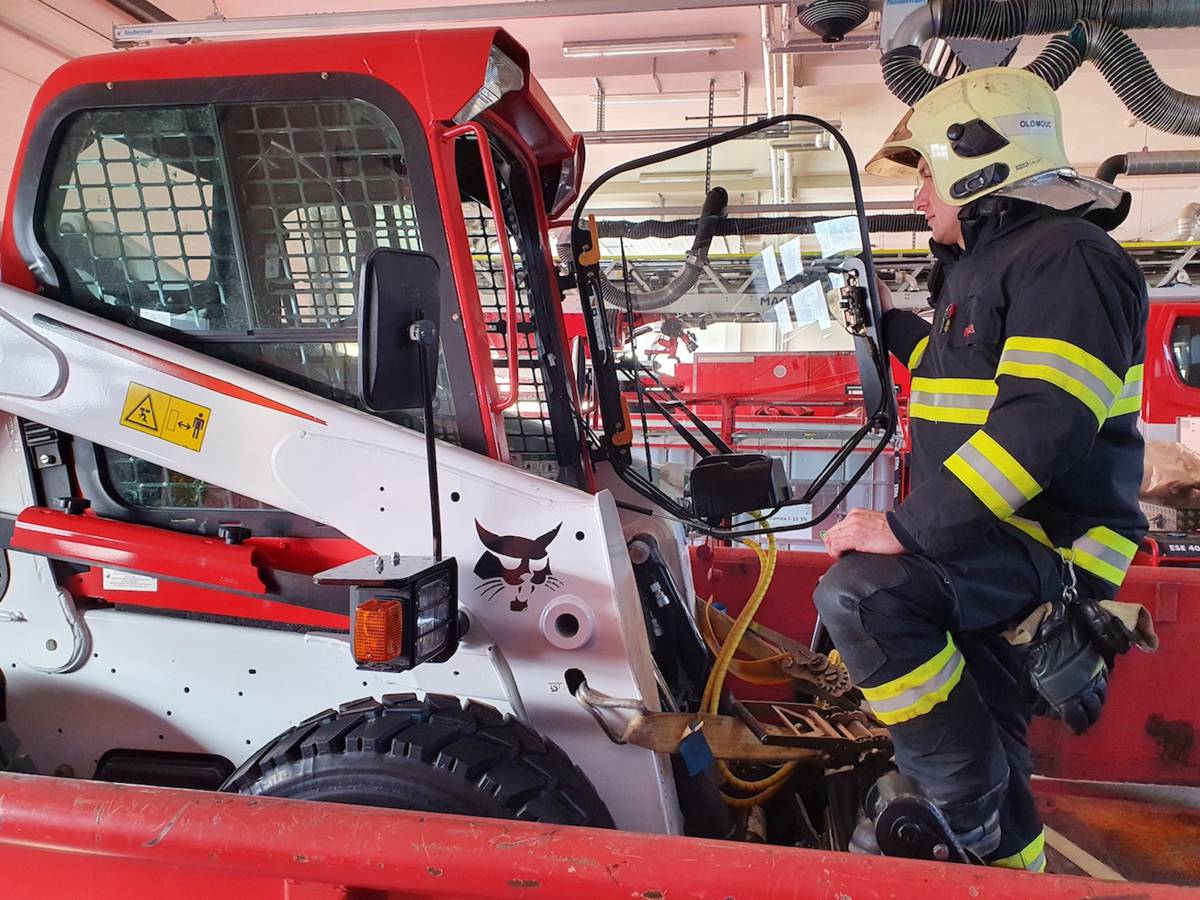 Bobcat loaders offer a very long service life. But they cannot do this without regular and quality maintenance. Historically, great emphasis has been placed on making machines as easy as possible to service.

Pprap. Mgr. Tomáš Grošek, commented: “Maintenance of the S650 is simple and easy to carry out. All checkpoints are clearly visible and easily accessible to users. Checking liquids and replacing parts is easy. Major repairs or servicing is provided by the Bobcat dealer in the Czech Republic.”

“Bobcat machines are designed and manufactured to last for many years with heavy use, so their continued deployment after 10 years in the fire service is not a surprise. Normally, with good service, it is possible to use machines that are much older,” explains Petr Hejduk, Chairman of Bobcat CZ, authorised dealer in the Czech Republic. 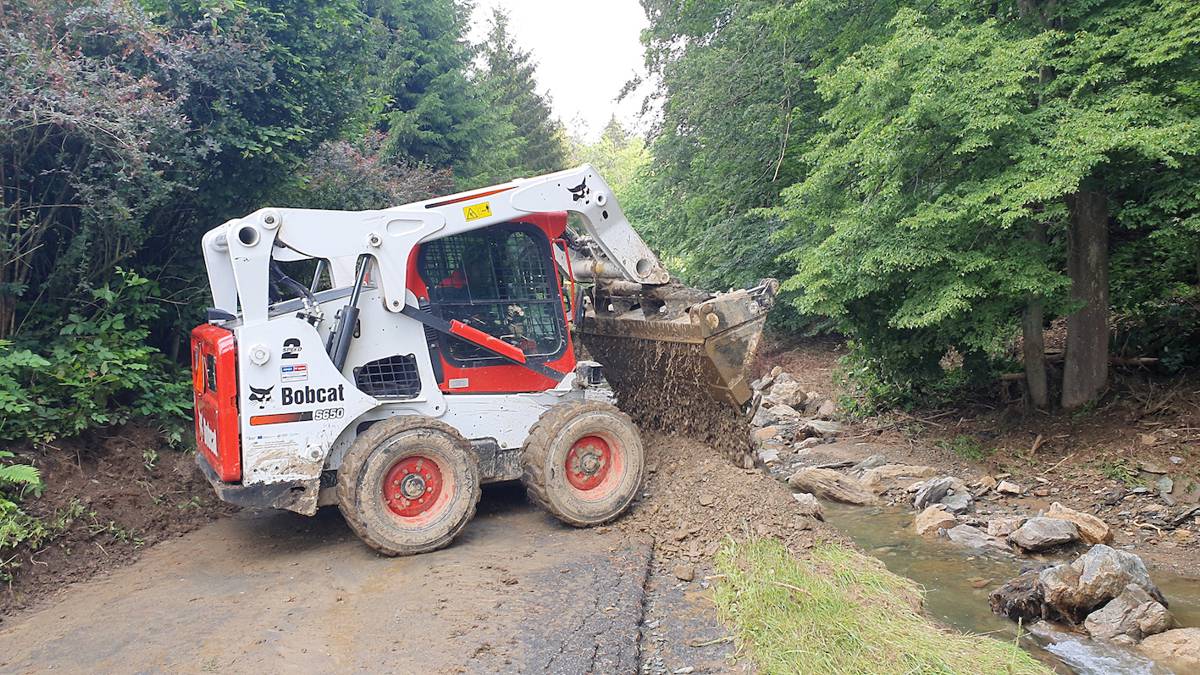 Examples of Interventions with the Bobcat S650 Loaders

Last year, the Fire and Rescue Service in the Czech Republic intervened in a total of 142,055 events, firefighters rescued 30,834 people and made evacuations of 56,163 members of the public.

The firefighters use specialized equipment, including the Bobcat loaders, for a number of interventions. 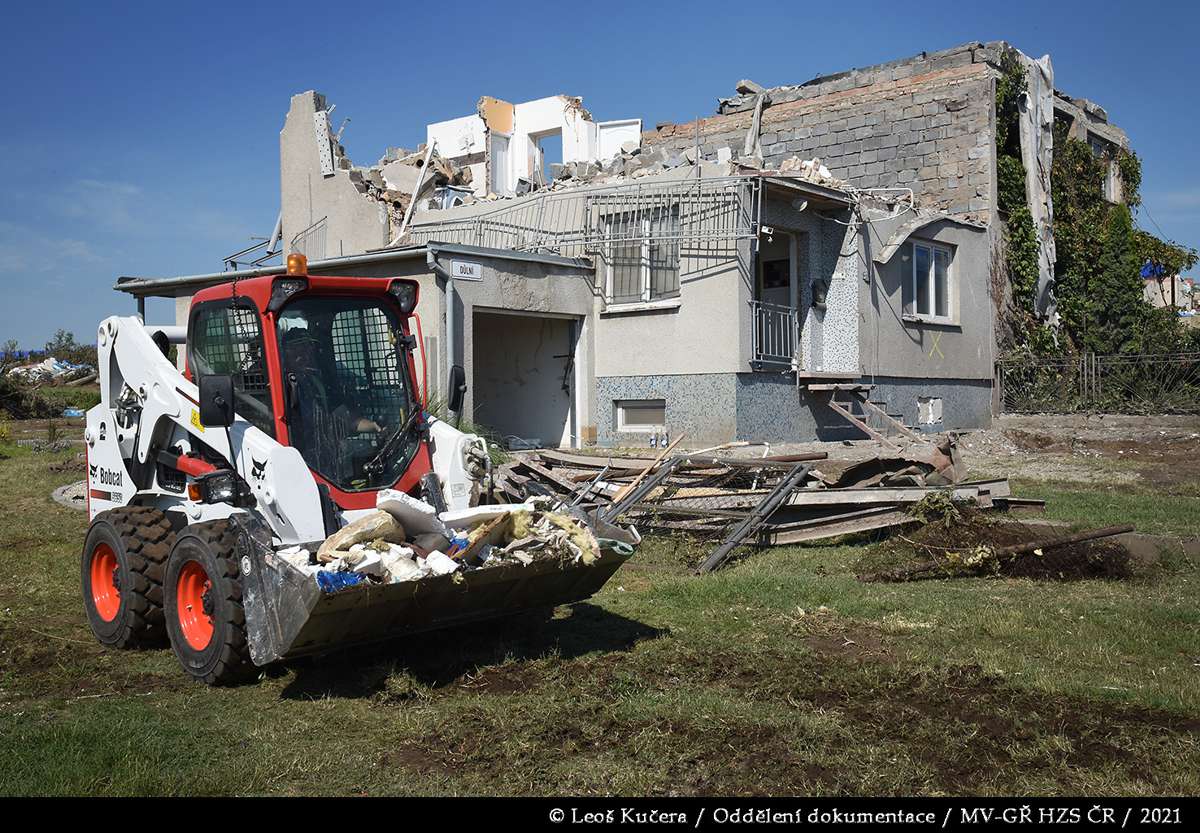 In multiple cases, Bobcat loaders are used to eliminate the consequences of local flash floods and torrential rains. The loaders both remove the alluvium – wood and vegetation, as well as rubble from damaged houses. They are also used to clean mud deposits and other materials from roads.

The Bobcat loaders were used very effectively during the devastating flash floods in June 2020, when they were deployed to eliminate the consequences of the flood in Olomouc region. Torrential rains had completely damaged the village’s infrastructure, including bridges, roads and houses. The Bobcat loaders worked for six days at a time, with the firefighters taking turns on the machines.

In a road accident in North Moravia involving a tanker carrying liquid asphalt, a car was overturned and one of the tanks was damaged to such an extent that hot asphalt leaked from it on the expressway. The Bobcat S650 helped with clearing the hot asphalt and thus reduced the damage to the road and accelerated the intervention on the busy backbone road between the cities of Brno and Olomouc.