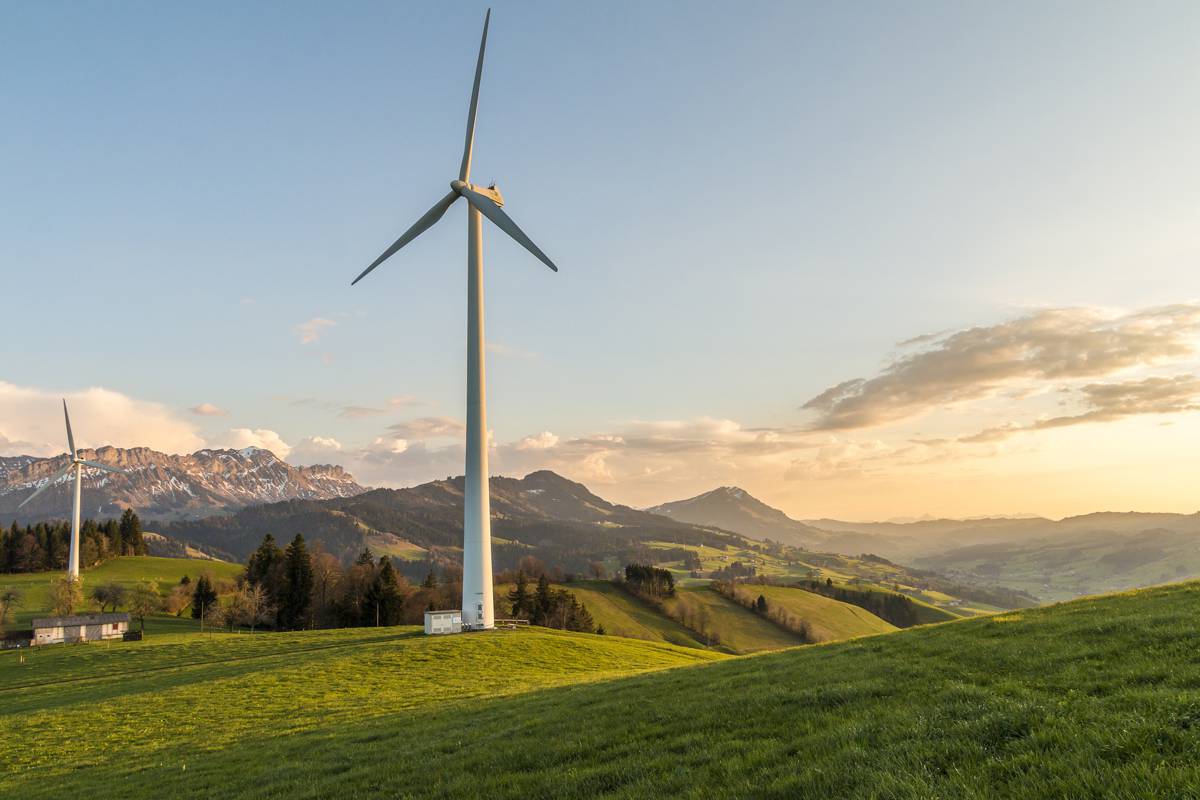 Virtually all wind turbines, which produce more than 5 percent of the world’s electricity, are controlled as if they were individual, free-standing units. In fact, the vast majority are part of larger wind farm installations involving dozens or even hundreds of turbines, whose wakes can affect each other.

Now, engineers at MIT and elsewhere have found that, with no need for any new investment in equipment, the energy output of such wind farm installations can be increased by modelling the wind flow of the entire collection of turbines and optimizing the control of individual units accordingly.

The increase in energy output from a given installation may seem modest — it’s about 1.2 percent overall, and 3 percent for optimal wind speeds. But the algorithm can be deployed at any wind farm, and the number of wind farms is rapidly growing to meet accelerated climate goals. If that 1.2 percent energy increase were applied to all the world’s existing wind farms, it would be the equivalent of adding more than 3,600 new wind turbines, or enough to power about 3 million homes, and a total gain to power producers of almost a billion dollars per year, the researchers say. And all of this for essentially no cost.

The research is published today in the journal Nature Energy, in a study led by MIT Esther and Harold E. Edgerton Assistant Professor of Civil and Environmental Engineering Michael F. Howland.

“Essentially all existing utility-scale turbines are controlled ‘greedily’ and independently,” says Howland. The term “greedily,” he explains, refers to the fact that they are controlled to maximize only their own power production, as if they were isolated units with no detrimental impact on neighbouring turbines.

But in the real world, turbines are deliberately spaced close together in wind farms to achieve economic benefits related to land use (on- or offshore) and to infrastructure such as access roads and transmission lines. This proximity means that turbines are often strongly affected by the turbulent wakes produced by others that are upwind from them — a factor that individual turbine-control systems do not currently take into account.

“From a flow-physics standpoint, putting wind turbines close together in wind farms is often the worst thing you could do,” Howland says. “The ideal approach to maximize total energy production would be to put them as far apart as possible,” but that would increase the associated costs.

That’s where the work of Howland and his collaborators comes in. They developed a new flow model which predicts the power production of each turbine in the farm depending on the incident winds in the atmosphere and the control strategy of each turbine. While based on flow-physics, the model learns from operational wind farm data to reduce predictive error and uncertainty. Without changing anything about the physical turbine locations and hardware systems of existing wind farms, they have used the physics-based, data-assisted modeling of the flow within the wind farm and the resulting power production of each turbine, given different wind conditions, to find the optimal orientation for each turbine at a given moment. This allows them to maximize the output from the whole farm, not just the individual turbines.

Today, each turbine constantly senses the incoming wind direction and speed and uses its internal control software to adjust its yaw (vertical axis) angle position to align as closely as possible to the wind. But in the new system, for example, the team has found that by turning one turbine just slightly away from its own maximum output position — perhaps 20 degrees away from its individual peak output angle — the resulting increase in power output from one or more downwind units will more than make up for the slight reduction in output from the first unit. By using a centralized control system that takes all of these interactions into account, the collection of turbines was operated at power output levels that were as much as 32 percent higher under some conditions.

In a months-long experiment in a real utility-scale wind farm in India, the predictive model was first validated by testing a wide range of yaw orientation strategies, most of which were intentionally suboptimal. By testing many control strategies, including suboptimal ones, in both the real farm and the model, the researchers could identify the true optimal strategy. Importantly, the model was able to predict the farm power production and the optimal control strategy for most wind conditions tested, giving confidence that the predictions of the model would track the true optimal operational strategy for the farm. This enables the use of the model to design the optimal control strategies for new wind conditions and new wind farms without needing to perform fresh calculations from scratch.

Then, a second months-long experiment at the same farm, which implemented only the optimal control predictions from the model, proved that the algorithm’s real-world effects could match the overall energy improvements seen in simulations. Averaged over the entire test period, the system achieved a 1.2 percent increase in energy output at all wind speeds, and a 3 percent increase at speeds between 6 and 8 meters per second (about 13 to 18 miles per hour).

While the test was run at one wind farm, the researchers say the model and cooperative control strategy can be implemented at any existing or future wind farm. Howland estimates that, translated to the world’s existing fleet of wind turbines, a 1.2 percent overall energy improvement would produce  more than 31 terawatt-hours of additional electricity per year, approximately equivalent to installing an extra 3,600 wind turbines at no cost. This would translate into some $950 million in extra revenue for the wind farm operators per year, he says.

The amount of energy to be gained will vary widely from one wind farm to another, depending on an array of factors including the spacing of the units, the geometry of their arrangement, and the variations in wind patterns at that location over the course of a year. But in all cases, the model developed by this team can provide a clear prediction of exactly what the potential gains are for a given site, Howland says. “The optimal control strategy and the potential gain in energy will be different at every wind farm, which motivated us to develop a predictive wind farm model which can be used widely, for optimization across the wind energy fleet,” he adds.

But the new system can potentially be adopted quickly and easily, he says. “We don’t require any additional hardware installation. We’re really just making a software change, and there’s a significant potential energy increase associated with it.” Even a 1 percent improvement, he points out, means that in a typical wind farm of about 100 units, operators could get the same output with one fewer turbine, thus saving the costs, usually millions of dollars, associated with purchasing, building, and installing that unit.

Further, he notes, by reducing wake losses the algorithm could make it possible to place turbines more closely together within future wind farms, therefore increasing the power density of wind energy, saving on land (or sea) footprints. This power density increase and footprint reduction could help to achieve pressing greenhouse gas emission reduction goals, which call for a substantial expansion of wind energy deployment, both on and offshore.

What’s more, he says, the biggest new area of wind farm development is offshore, and “the impact of wake losses is often much higher in offshore wind farms.” That means the impact of this new approach to controlling those wind farms could be significantly greater.

The Howland Lab and the international team is continuing to refine the models further and working to improve the operational instructions they derive from the model, moving toward autonomous, cooperative control and striving for the greatest possible power output from a given set of conditions, Howland says.

0 0 0
Previous : AI and Digital Twins could lower Nuclear Energy Costs
Next : Disused Mines could surge back to life in the New Energy Economy