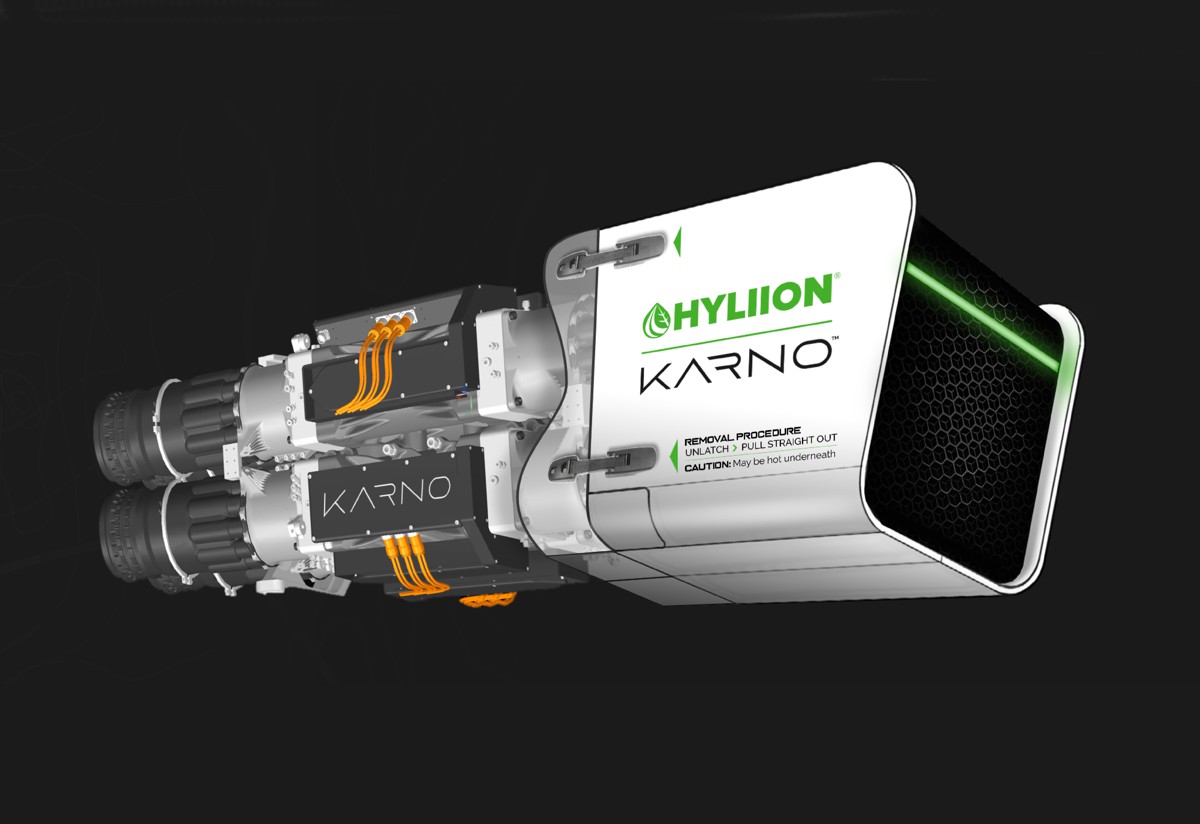 Hyliion Holdings Corp., a leader in electrified powertrain solutions for Class 8 semi-trucks, announced today it has entered into a definitive agreement to acquire a new hydrogen and fuel agnostic capable generator from GE Additive – part of GE – a world leader in metal additive technologies and manufacturing.

“Solving climate change, whether through adopting electric vehicles or reducing emissions from manufacturing sites, requires clean, efficient and dependable electricity. Hyliion will leverage the KARNO as the next generation generator onboard the Hypertruck, creating a solution that will operate on various fuel sources that are available today, while remaining future-proofed to run on hydrogen when it becomes widely accessible,” said Thomas Healy, Founder and CEO of Hyliion.

The KARNO generator emerged out of GE’s long-running R&D investments in metal additive manufacturing across multiple industries and in areas such as generator thermal and performance design. Initial testing indicates the KARNO generator is expected to comply with all current and foreseeable emissions standards, specifically from CARB and EPA, even when utilizing conventional fuels.

The technology is expected to achieve a 20%+ efficiency improvement over today’s conventional generators and could be more efficient than most available fuel cells. These efficiency improvements should, in turn, enable fuel cost reductions and improved vehicle range. The technology should also provide for significant reductions in noise, vibration, moving parts and maintenance as compared to current combustion engines.

The KARNO power system will be capable of operating on over 20 different fuels including hydrogen, natural gas, propane, ammonia and conventional fuels. The technology uses heat to drive a sealed linear generator to produce electricity. The heat is produced by reacting fuels through flameless oxidation or other heat sources including renewables.

In late 2023, Hyliion plans to first release the Hypertruck ERX powertrain, which leverages a natural gas engine as the generator onboard. In the years following, Hyliion plans to release the Hypertruck KARNO, its fuel agnostic variant, as phase two in the Hyliion journey to a hydrogen-based future. Hyliion will also explore other adjacent markets to leverage this technology for cost savings and emissions reductions.

The transaction is subject to customary closing conditions and is expected to close by the end of Q3 2022. With an acquisition value of ~$37 million, GE will receive $15 million in cash and approximately $22 million in Hyliion stock. Hyliion will acquire the generator technology and integrate the Cincinnati-based engineering team that created the KARNO system into Hyliion.