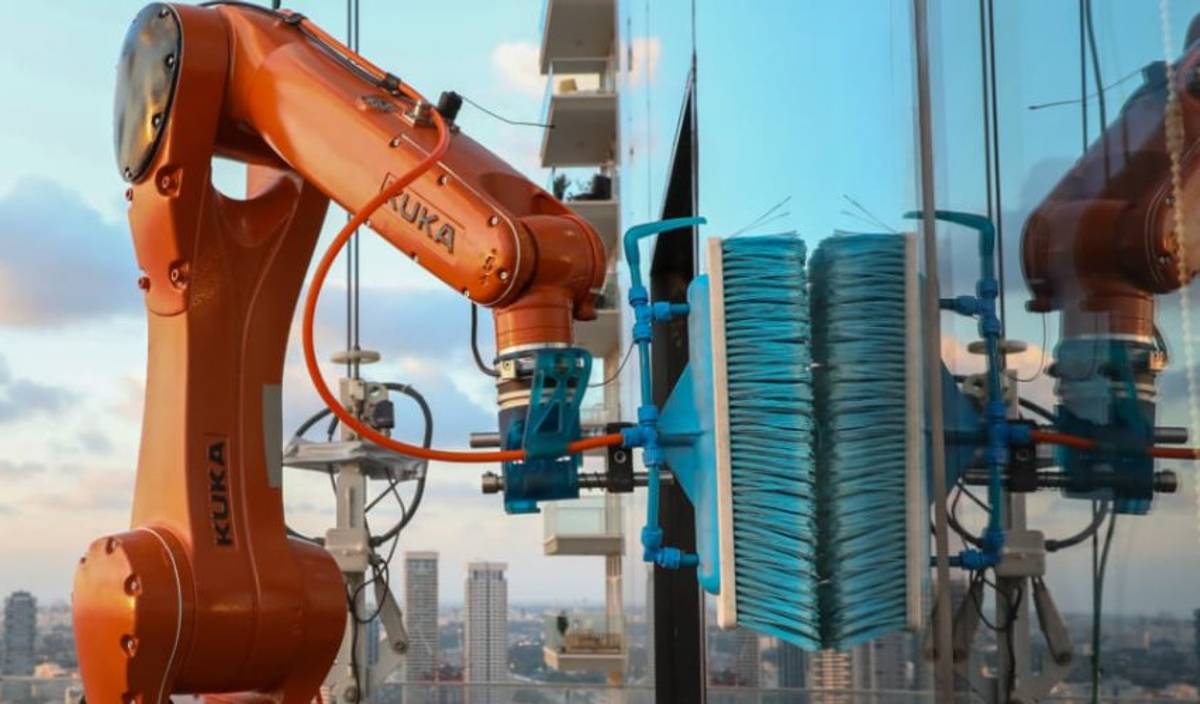 The company today announced a key investment from commercial and residential real estate giant, Durst Ventures, an affiliate of The Durst Organization, that owns some of New York’s most notable skyscrapers including One Bryant Park, One World Trade Center and 151 West 42nd Street. The Durst investment will further Skyline’s development and deployment of Ozmo, while The Durst Organization plans to utilize Ozmo to enhance the quality of service provided to its tenants and residents.

“As the real estate industry evolves, demand is growing for modern solutions that will not only maintain their assets, but will monitor and enhance the underlying asset value,” said Michael Brown, CEO & chairman, Skyline Robotics. “Skyline Robotics is at the forefront of this new direction, and the support from The Durst Organization and the real estate community shows that the need and demand for our technology is necessary and vital.”

Today, both service providers and real estate developers are searching for new and innovative ways to position their assets as data-driven and data-enhanced. Skyline Robotics reimagines an antiquated industry by combining proptech and robotics to create a new path forward.

Skyline’s flagship robot, Ozmo, combines artificial intelligence, machine learning and computer vision with advanced robotics and sensors to tackle some of the most pressing industry challenges including labor shortages and worker safety. With Ozmo, window washing can be performed up to three times faster than humans, without putting workers at risk. Additionally, as Ozmo is operated by humans, it is not replacing human window washers, but rather accelerating a future where humans and robots work together. The result is a smarter, faster, safer, and more economical alternative to human window washers.

“New York City is world-renowned for its skyscrapers and it is imperative that the facades of its iconic skyline be maintained,” said Jonathan (Jody) Durst, president of The Durst Organization. “Skyline Robotics is forging an innovative path forward for facade maintenance, leveraging cutting-edge technology that will transform how we maintain and determine the health of our buildings.”

Durst continued: “Skyline’s transformative approach to property owners’ problems is a perfect fit for Durst Ventures. As a generational real estate owner, The Durst Organization provides the highest quality of service to its residents and tenants and we are excited to partner with the Skyline team on the future of façade maintenance. With this investment, Durst Ventures will become a steward of innovation within real estate.”