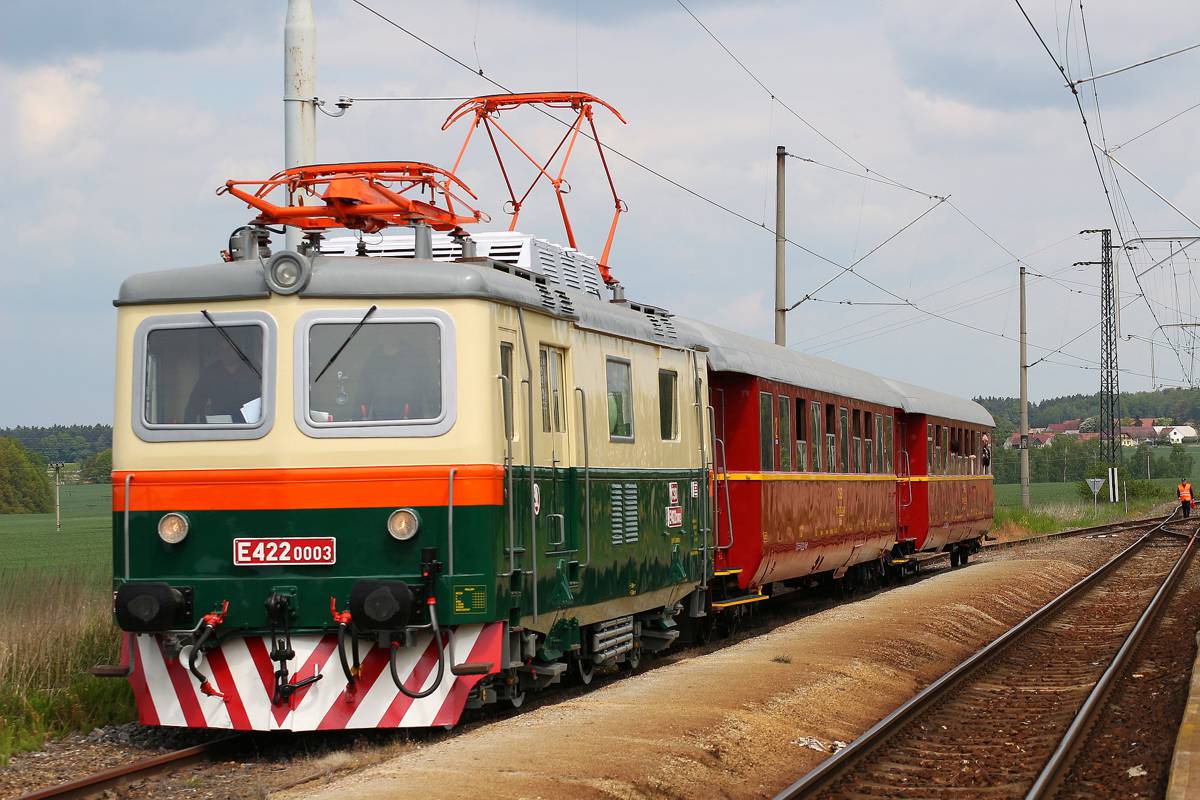 European Investment Bank (EIB), the bank of the European Union, and the Government of the Czech Republic agreed to accelerate cooperation on upgrading the national railroad network and increase the role of railroad in the national transport network.

Under the Memorandum of Understanding between the EIB and the Government of the Czech Republic signed today in Prague, partners will work towards the optimal model of engagement for the EIB in the modernization of the local railroad networks. The EIB and the Government will join forces to ensure the effective, efficient, and timely preparation and implementation of rail infrastructure projects under the national “Unified Railway Framework” executed by Ministries of Transport, and Finance, with advisory support for project preparation and long-term financial support for implementation of the projects. 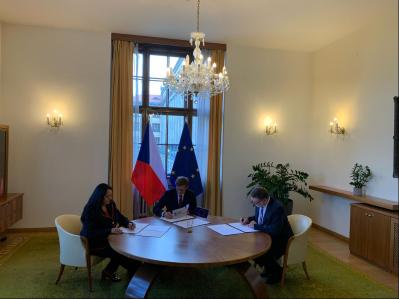 EIB Vice-President Lilyana Pavlova said: “The Memorandum of Understanding we signed today will allow us to seek the most effective models of engagement for the EIB in the forward-looking plans of the Czech Government for the modernization of the national rail network. EIB wants to step-up our support for the modernization of the railroad network in the Czech Republic and contribute towards safer, green, and reliable transport alternatives Czech citizens and businesses can benefit from. This is also a key for sustainable and long-term economic and social development of the country and the EU. This MoU underlines the role of the EIB as a reliable partner the Czech Republic can continue to count on in building a sustainable and green future for its citizens.”

“The need for investments in transport infrastructure exceeds the current possibilities of the state budget, which is why we have announced that we will supplement them with other financing instruments, such as loans from the EIB. We are signing the memorandum because, with a prospect of the upcoming construction of the Czech high-speed railway network, we want to cooperate with the EIB in the long term,” says Minister of Transport Martin Kupka.

“Today we took another important step towards being able to draw more than 170 billion CZK from the European Investment Bank’s competitively priced loans in the next five years, of which we would like to source the initial 25 billion CZK already in the upcoming year. The money should go towards investment in digitization and automation of railway transport, investments in the electrification of railway lines and the support of regional transport,” says Minister of Finance Zbyněk Stanjura, and adds: “I consider it highly expedient and economical to optimize the state’s debt instruments in the current turbulent times. In view of the volatility in the financial markets, we assume that the terms of the loan will be more favourable compared to standard state financing instruments.” 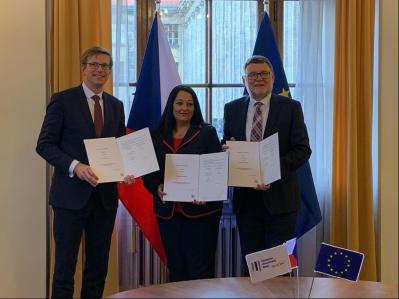 The Memorandum expands decades long EIB support for the modernization of Czech transport sector in which the bank invested since the beginning of the operations in the country in 1992.

Earlier this year, the EIB invested EUR 37m in České dráhy for modernization and safety upgrades of their trains. EIB is actively assisting the Railway Administration to assess the suitability of a private-public-partnership (PPP) structure in implementation of key infrastructural projects in the country.

This includes PPP Feasibility studies for Nemantice – Ševětín rail modernisation project and construction of the new Headquarters for Správa železnic.

0 0 0
Previous : The need for increased Worker Safety in 2023
Next : Rokbak RA30 Hauler the perfect solution for German gravel pit