There’s a smarter way to map and understand spaces, and it’s called the ZEB Go. The latest member of the ZEB family has arrived, bringing lower cost simultaneous localization and mapping (SLAM) to even more people.

In a familiar shell, but with new components and the smartest SLAM, it’s already delivering cost effective 3D data for some of the world’s largest construction companies.

Optimised for use in indoor and underground environments, the ZEB Go lets operators, regardless of experience or technical surveying skill, rapidly create 2D and 3D digital models.

Discussing GeoSLAM’s latest member of the ZEB family, Graham Hunter, CEO, said: “SLAM is on the verge of being a mainstream product in the toolkits of every major organisation, whether it’s to create 2D floorplans of warehouses or a 3D model of a mine shaft, smaller surveyors and blue chip organisations alike are flocking to bring SLAM into their businesses.

“As interest grows in SLAM, so has our ability to build products more efficiently and with greater buying power, so we’re excited to have been able to bring to market the ZEB Go, starting from €26,500.

“When you buy GeoSLAM, you’re buying the most up-to-date, cutting-edge SLAM powered by over 10 years of research and development, packaged into a simple and easy to use product.”

Collecting 43,000 points per second with its rotating sensor, accuracy of 1-3cm, and with an IP rating that’ll withstand life on a construction site or down a mine, the ZEB Go is renowned for being easy to use and robust.

Graham added: “The ZEB product family is a set of tools you can depend on; being able to re-process data after you’ve left site, using it in low light conditions, even dangling it upside down into a shaft comes as standard with the ZEB Go.” 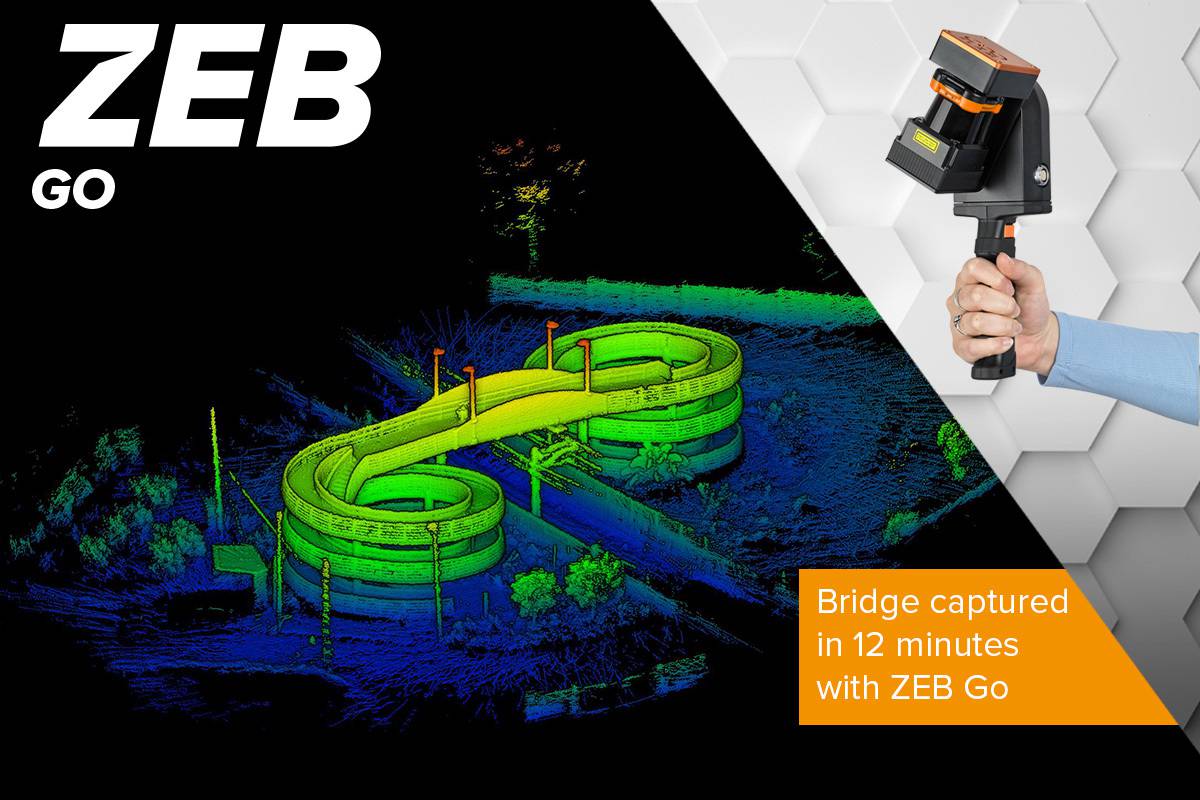