Highways England gets the go ahead for A303 bypass around Stonehenge

Highways England gets the go ahead for A303 bypass around Stonehenge

Here’s how future journeys past Stonehenge could look after Highways England’s plans to unlock congestion and transform journeys for millions of people using the A303 between the south-east and south-west were today given the go-ahead.

Transport Secretary Grant Shapps has given the formal green light by granting a Development Consent Order for work to start on the A303 Amesbury to Berwick Down (Stonehenge) scheme.

The transformational and sensitive upgrade will tackle congestion on the notorious, traffic-clogged single carriageway section of the A303 route, and the announcement is a significant step towards unlocking economic growth and improving journey times and reliability between the M3 and M5.

For Highways England, the announcement follows this year’s completion of the major A14 Cambridge to Huntingdon upgrade – eight months ahead of schedule – and the unveiling of a preferred route for the £1 billion A66 Trans-Pennine upgrade.

Highways England Chief Executive Jim O’Sullivan said: “The A303 Stonehenge tunnel project is part of the biggest investment in our road network for a generation and we welcome the Secretary of State’s decision. This transformational scheme will return the Stonehenge landscape towards its original setting and will improve journey times for everyone who travels to and from the south west.”

The £1.7 billion A303 Amesbury to Berwick Down upgrade includes:

Derek Parody, Highways England Project Director for the A303 Stonehenge scheme, added: “It is a scheme objective to conserve and enhance the World Heritage Site and this is being achieved through close collaborative working with heritage groups, including English Heritage, National Trust, Historic England and the independent A303 Scientific Committee.

“The scheme will not only sustain the Outstanding Universal Value of the WHS, it will also have a beneficial effect, and extensive archaeological studies and assessments have been undertaken to provide evidence of the benefits that the scheme will deliver for the World Heritage Site.

“The decision represents a major milestone, not only for us as the project team but for all those who have supported this project over a number of years; our stakeholders, the heritage bodies, local and regional businesses and indeed local communities.”

The Transport Secretary’s announcement follows a rigorous and detailed planning hearing in 2019, and there is now a six-week period in which the decisions may be challenged in the High Court.

In the meantime, Highways England has been progressing the procurement process for the main works contract for the A303 Stonehenge scheme, and is participating in dialogue with three bidders before they submit their final tenders. The preferred bidder is expected to be announced in 2021.

The company, responsible for the country’s major A roads and motorways, has also recently awarded contracts for archaeological mitigation work (Wessex Archaeology Ltd) and preliminary works (Osborne Ltd) ahead of main construction.

Fieldwork is due to start in late spring next year, with the main five-year construction phase expected to start by 2023.

Cllr Bridget Wayman, Wiltshire Council Cabinet Member for Highways, said: “We’re delighted that, after many years of planning and lobbying by our dedicated officers and members, consent has been granted for the A303 Stonehenge project.

“It represents a significant investment in Wiltshire that will boost the south-west economy, unlocking jobs and investment throughout the entire region. We now can look forward to construction beginning, and unlocking all the benefits the scheme will bring to Wiltshire and the south west.”

David Tucker, Federation of Small Businesses Transport Chair, said: “This is very welcome news. Upgrading the single carriageway sections of the A303 is key to supporting the south-west economy, particularly as the only alternative route via the M4 and M5 into the region is already heavily used. Investment in improving key links on the country’s A roads is a positive and vital way to support our local regional economies.”

Charles Routh Wiltshire Team Leader for Natural England added: “We’ve worked with Highways England to get some really great outcomes for wildlife from the A303 Stonehenge scheme. The verges and embankments will make for a flower-rich, six-mile long, butterfly highway and large areas of species-rich chalk grassland will be created.”

Local communities will be able to find out more about the Stonehenge scheme during a series of virtual public information events in early 2021, including information around ongoing ground investigation and ecology surveys.

The Sparkford to Ilchester scheme, a further proposed A303 upgrade, is also awaiting a DCO decision next week, following the Secretary of State’s revised deadline deferral in the summer. The scheme, further west on the A303 in Somerset, will provide a high-quality three-mile dual carriageway link, including new and replacement slip roads, junctions and road bridges to replace existing junctions and direct access roads.

Galliford Try has been appointed as the contractor to design and build the scheme, and Highways England is currently assessing timescales to start the programme of work, should consent be granted.

A third corridor project, the A358 Taunton to Southfields dualling scheme, has had funding confirmed by HM Treasury for the next development stage and a tender process is progressing following last year’s announcement of a preferred route. 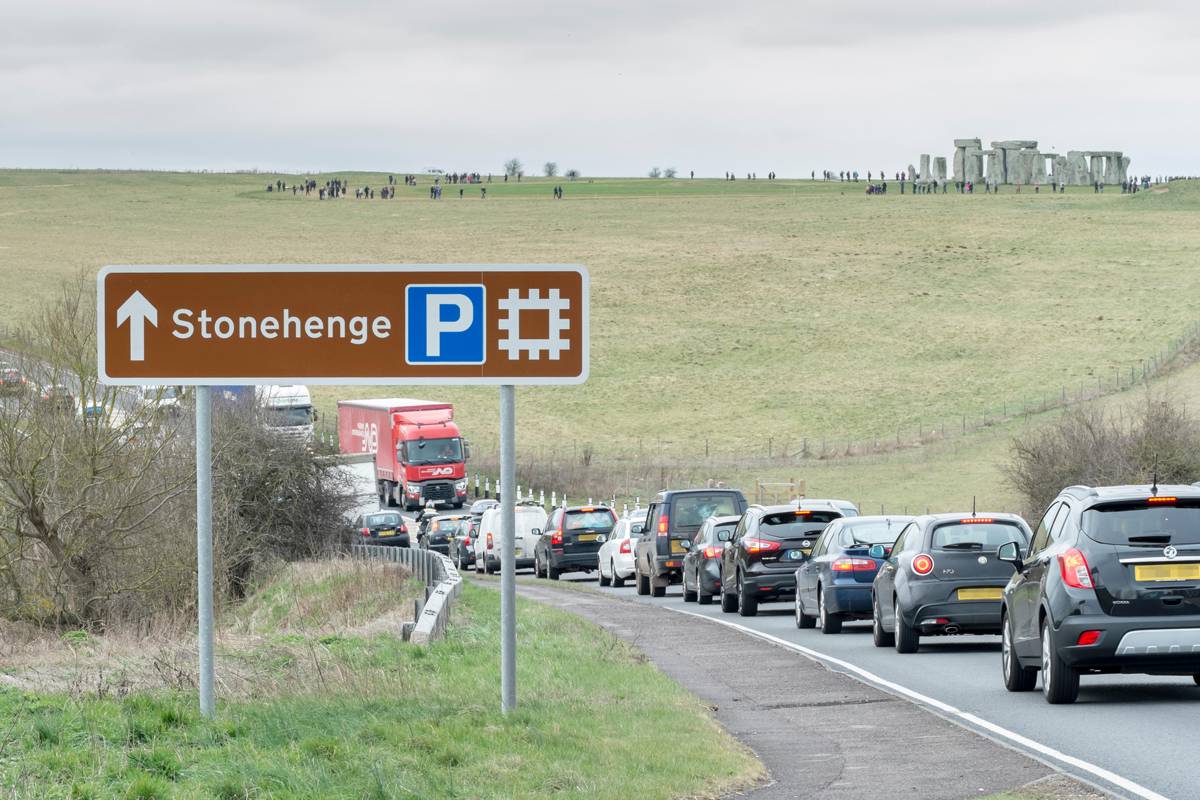