AUSA has launched the new C201H forklift with a 2000 kg payload, designed entirely for urban use; it is extremely compact in size so that it can enter and operate in any space.

As with all of AUSA’s new vehicles, this forklift complies with the Stage V emissions standard. 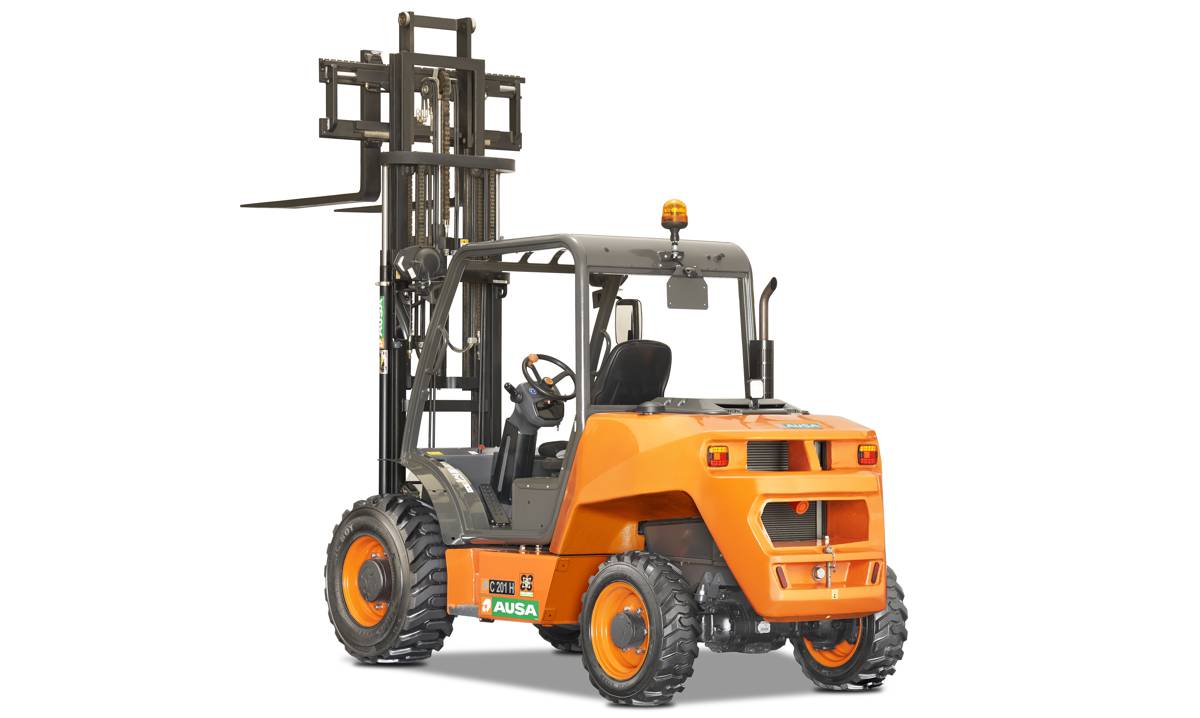 AUSA’s new forklift has been designed with a completely different goal to the other all-terrain forklifts recently launched by the brand. The C201H is different because it is clearly designed for urban use. To begin with, at just 2.09 metres high, it is able to enter car parks and enclosed spaces with limited access.

This is combined with its exceptional manoeuvrability, enabling it to move around nimbly in any space, no matter how small. The forklift is supplied with a wide range of masts: from the standard duplex mast that measure 3.30 metres and has full visibility to the 3.70 m, 4.30 m and 5.40 m triplex masts. 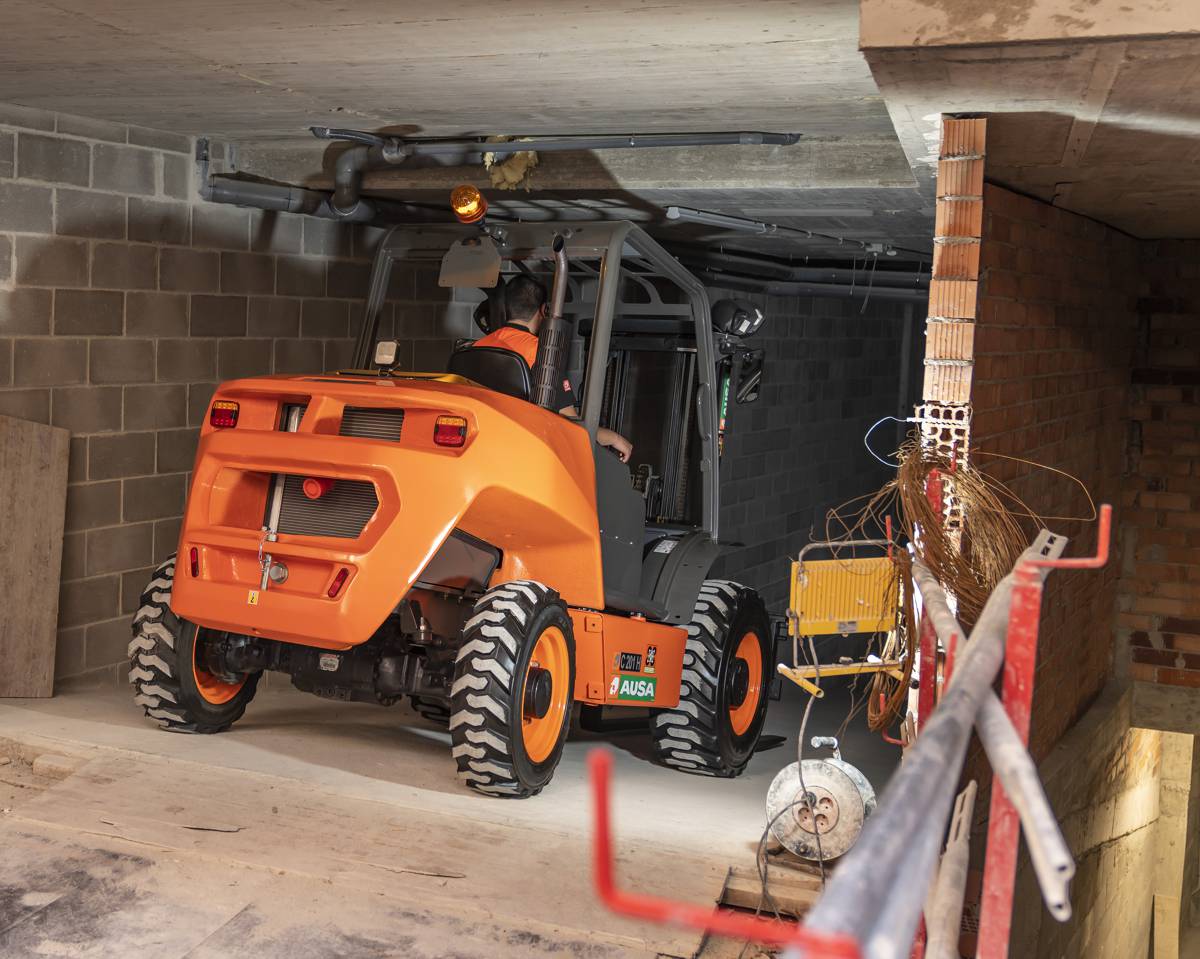 This new model is available with two types of hydrostatic drive: 4×4 and 4×2. In both cases, it is equipped with a limited-slip differential on the front axle as standard; this transmits the necessary amount of power to each individual wheel.

The 4×4 version features the FullGrip system, which can be used to engage the four-wheel drive by simply pressing a button on the joystick, thus increasing safety during operations on the most winding roads. 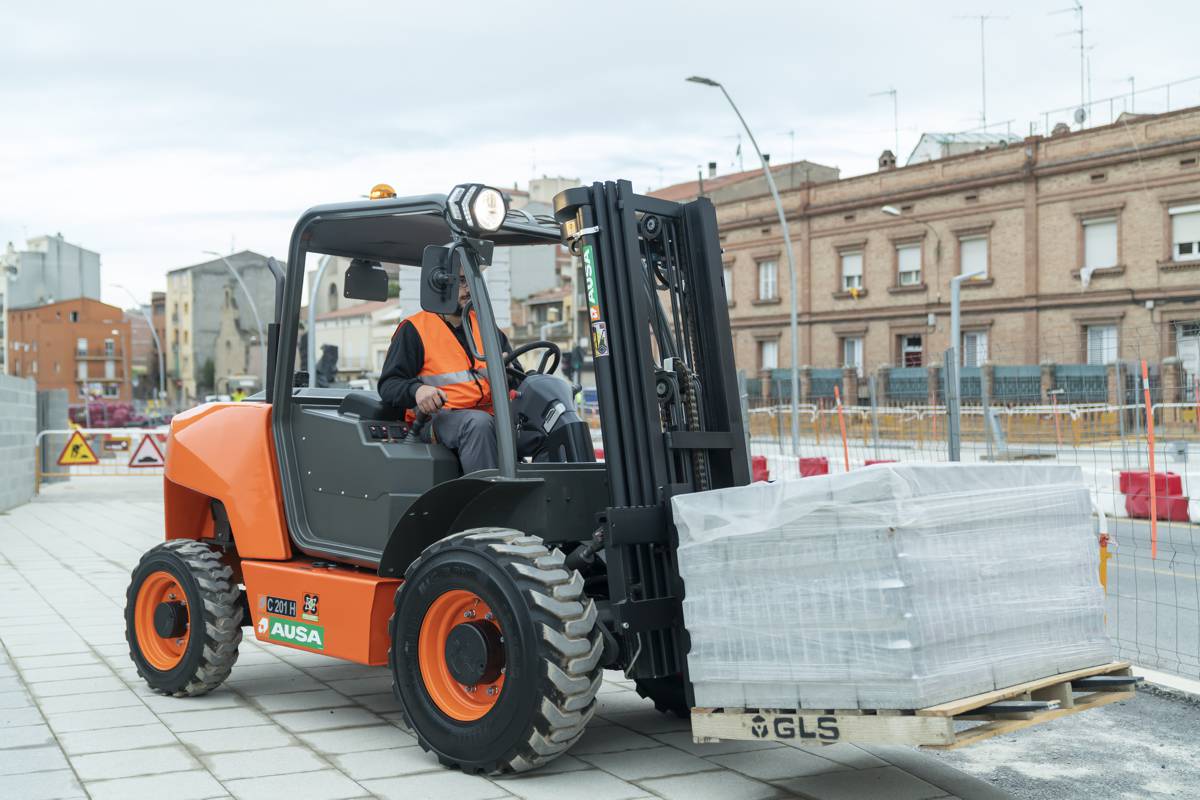 The C201H has a Kubota engine with 18.5 kW of power and no DPF and it complies with the Stage V emissions standard. A small engine with low emissions and outstanding performance, as it has a gradeability of 40% at full load.

In terms of maintenance, its design allows to include a tilting cab and engine top cover, thus ensuring unbeatable accessibility to all of the mechanical components. This makes it quicker and easier to perform any repair work. 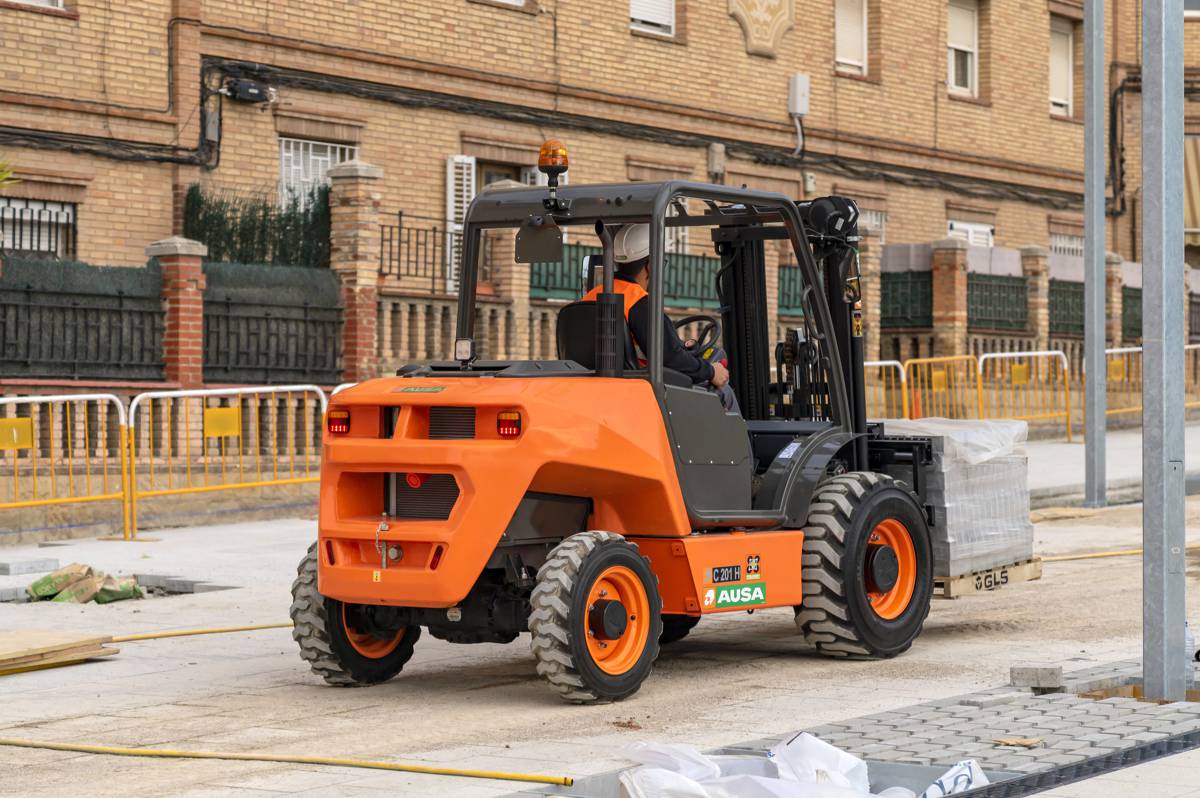 Additionally, the C201H has been equipped with a digital screen with a self-diagnostics function on the dashboard, a system that allows the operator to easily access each of the machine’s error codes, so that they can inform the technical service quickly and reduce downtime.

In short, with the new C201H, AUSA has added a forklift for urban use to its range of lifting machines, for users who want a compact vehicle without outstanding performance and quick and easy maintenance. 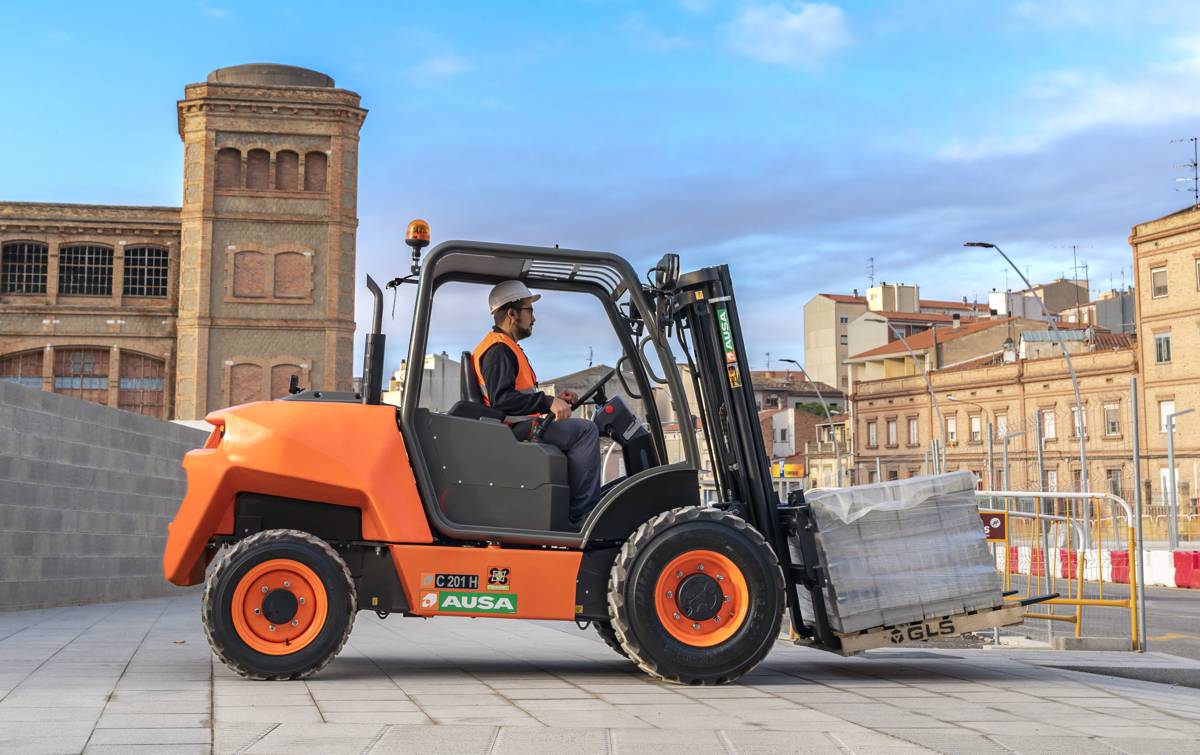 0 0 0
Previous : Fugro wins Caltrans contract for automated pavement condition surveys
Next : Highways England gets the go ahead for A303 bypass around Stonehenge