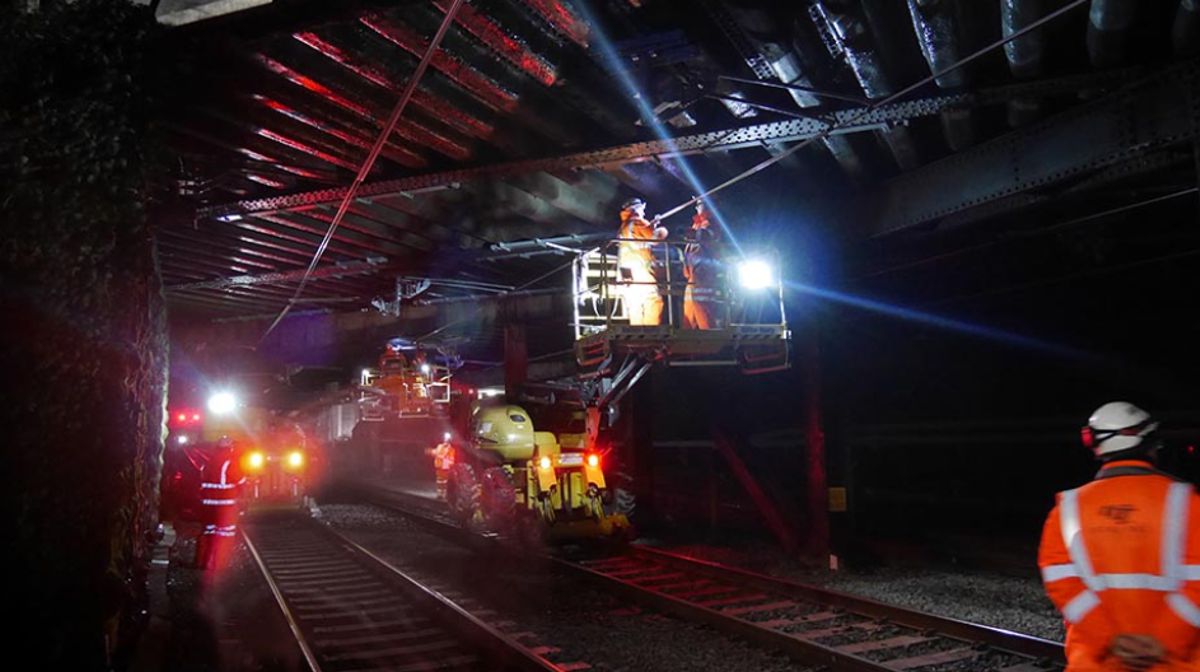 Just over a year ago, electrification of the railway running between London and Cardiff was completed, providing greener and faster journeys for our passengers.

But behind the scenes something innovative was happening, that turned out to be a huge success and will now be used to shape the future of electrification projects at Network Rail.

As diesel trains were replaced with electric ones, Network Rail engineers were tasked with a huge job to install overhead wires and cables to run them.

As most routes were designed during the Victorian times, this often means large structures, like bridges, need to be reconstructed before electrification is installed.

Richard Stainton, engineering expert, Network Rail said: “Intersection Bridge – situated in the centre of Cardiff, on the Wales route – is a prime example. The structure is too low to safely fit all the kit required.

“Ordinarily, this would force Network Rail to demolish it and rebuild it at a greater height to keep electric trains a safe distance away from the bridge as they pass under, and stop them from electrifying the bridge itself, or anything on it.”

In this case however, Network Rail used electric-resistant paint – a unique coating applied to the underside of the bridge.

This is a new technology that has been developed with the University of Southampton.

It was used alongside specially developed lineside kit, including: surge arresters and insulated bridge arms, to insulate the bridge from electricity and make it safe for electric trains to pass under.

In a world first, the electric resistant paint was combined with voltage-controlled clearance (VCC) which allowed the electrical clearance gap to be reduced by 20mm from the overhead line equipment (OLE) to the bridge, and 70mm from the OLE to the trains roofs.

This meant around £40m of savings as the bridge did not need to be knocked down to start from scratch.

“It’s a very busy rail-over-rail bridge, with a canal underneath that, and it’s surrounded by high-rise buildings. Just accessing the bridge would have been difficult but knocking it down and rebuilding it would have been nearly impossible. We had to find another solution.”

With a year of data to back it up, Network Rail is now developing the solution and investigating deploying it nationally across a wide range of bridges.

Richard explained: “Typically, a third of electrification project expenditure is on reconstruction and modifying of civils structures – tunnels, bridges and stations – to allow the installation OLE with the necessary clearances.

“This solution will create enormous efficiencies; allowing future electrification projects to be installed and energised without multi-million-pound expenditure – potentially saving the tax-payers as much as £100m.

“It will also significantly reduce the number of rail closures – for access – lowering the disruption to passengers, road networks, and railway neighbours.”

Peter added: “As a Welshman, I’m proud we’ve been able to trial this innovative, new technology here in Cardiff, and can look back on it knowing we’ve made a difference, potentially saving the taxpayer millions as we roll it out on future electrification projects elsewhere.” ​