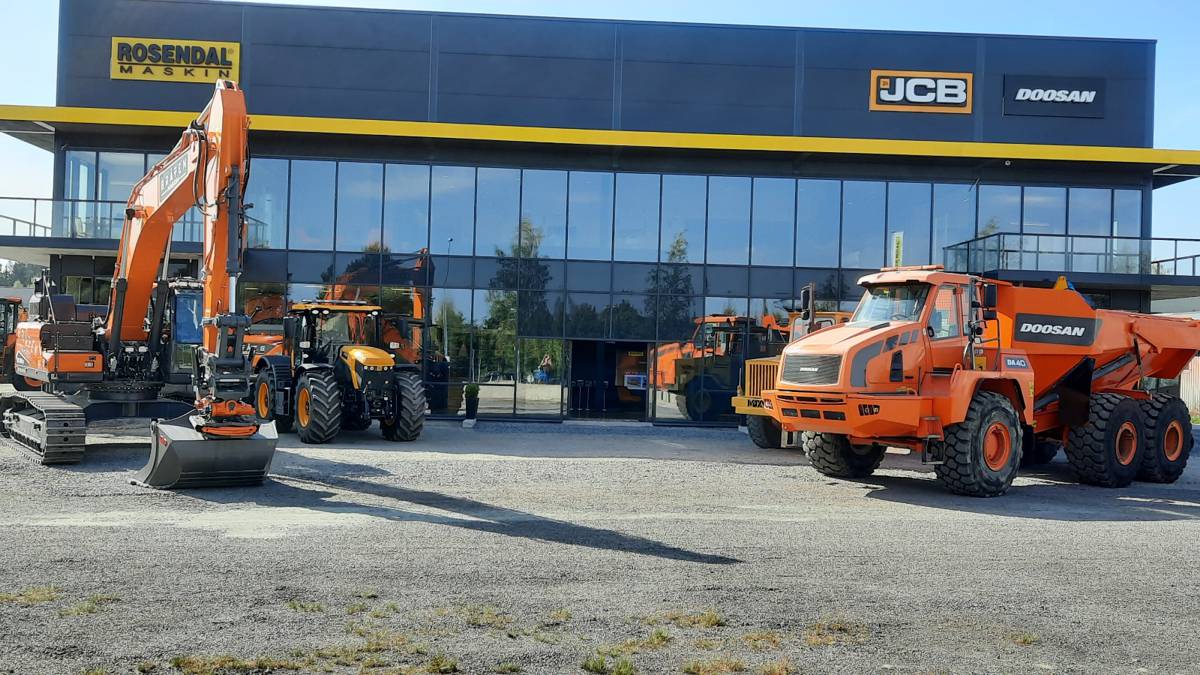 Rosendal Maskin AS, the Authorised Doosan Dealer for Norway, has opened a brand new Service Centre at the company’s headquarters in Askim in Norway. Built for a cost of NOK 35 million (3.6 million Euros), the impressive new 2000 m2 premises houses a pre-delivery inspection workshop and includes a washing room and welding facility, a new parts warehouse, offices and a small showroom. 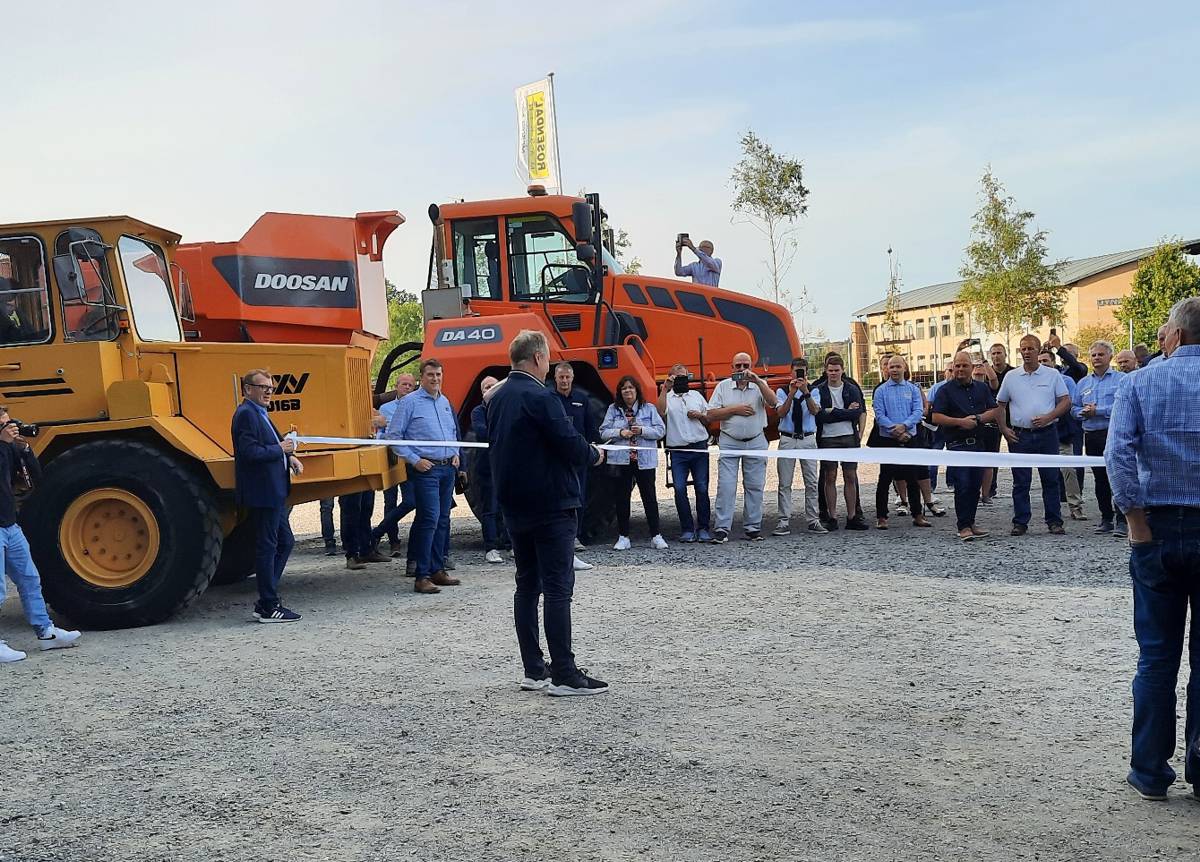 In his speech during the dinner, General Manager, Tor Anders Høgaas, said: “The opening of the new Service Centre gives us new opportunities and will make us an even better workplace where we can attract the best people to work for us. We are very proud of the new building and we know that by providing an enhanced work environment for our employees will help to take the company further.”

One of the other attractions at the opening dinner was the GT4 class Citroën DS3 R racing car that Rosendal is sponsoring, driven by promising young driver, Niklas Eker Abrahamsen, and emblazoned in the Doosan orange colours and the logos of both Rosendal and Doosan. Niklas competes in the Norwegian GT4 Championship and in the Citroën DS3 Nordic Championship.

Rosendal also hosted a party the next day for all 50 of the company’s employees in the new Service Centre. 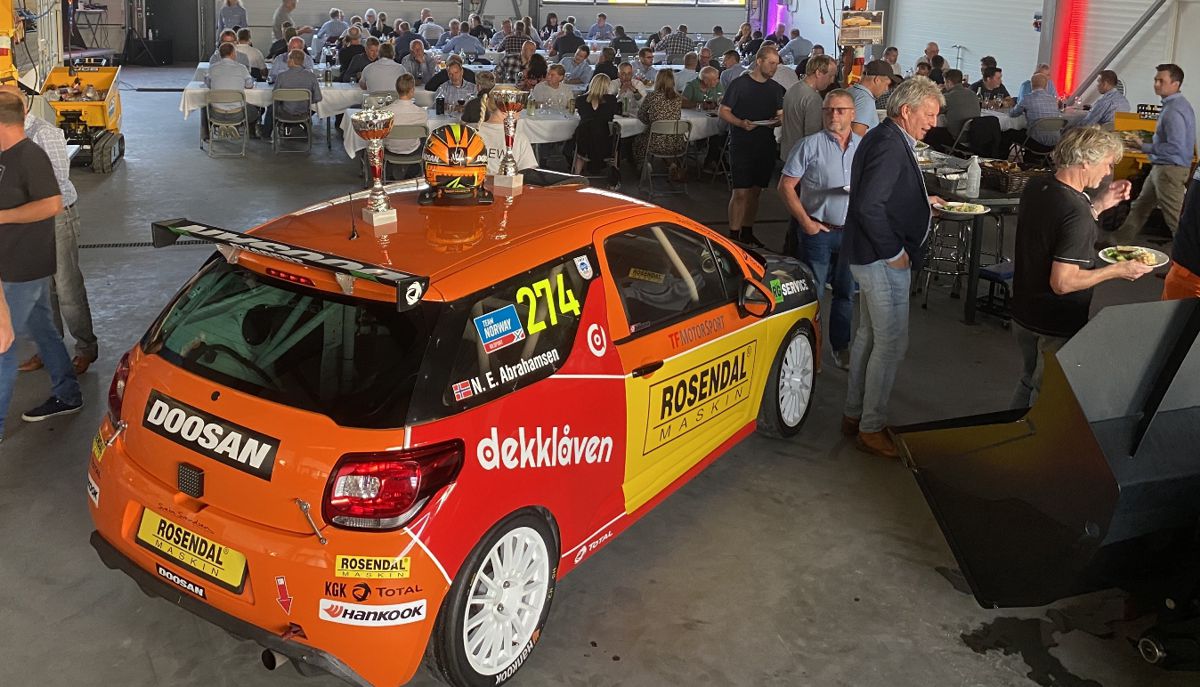 Established in 1986 by the company founder and Chairman, Kåre Rosendal, Rosendal Maskin AS became a dealer for the Moxy range of articulated dump trucks (ADTs) the following year. ADTs are still an important product for the company and became part of the Doosan range when Moxy was acquired by Doosan in 2008.

As the long-standing Authorised Dealer for Doosan in Norway, Rosendal Maskin AS is responsible for sales and service of the entire Doosan range, both the compact and heavy lines, including not only ADTs, but also wheel loaders and mini, crawler and wheeled excavators, as well as all the attachments, accessories and spare parts available from Doosan.

Customers benefit from the superb on-site service network offered by Rosendal, covering everything from emergency repairs to routine maintenance.

The company’s factory-trained engineers have many years of hands-on experience of repairs and servicing of all types of plant and machinery. 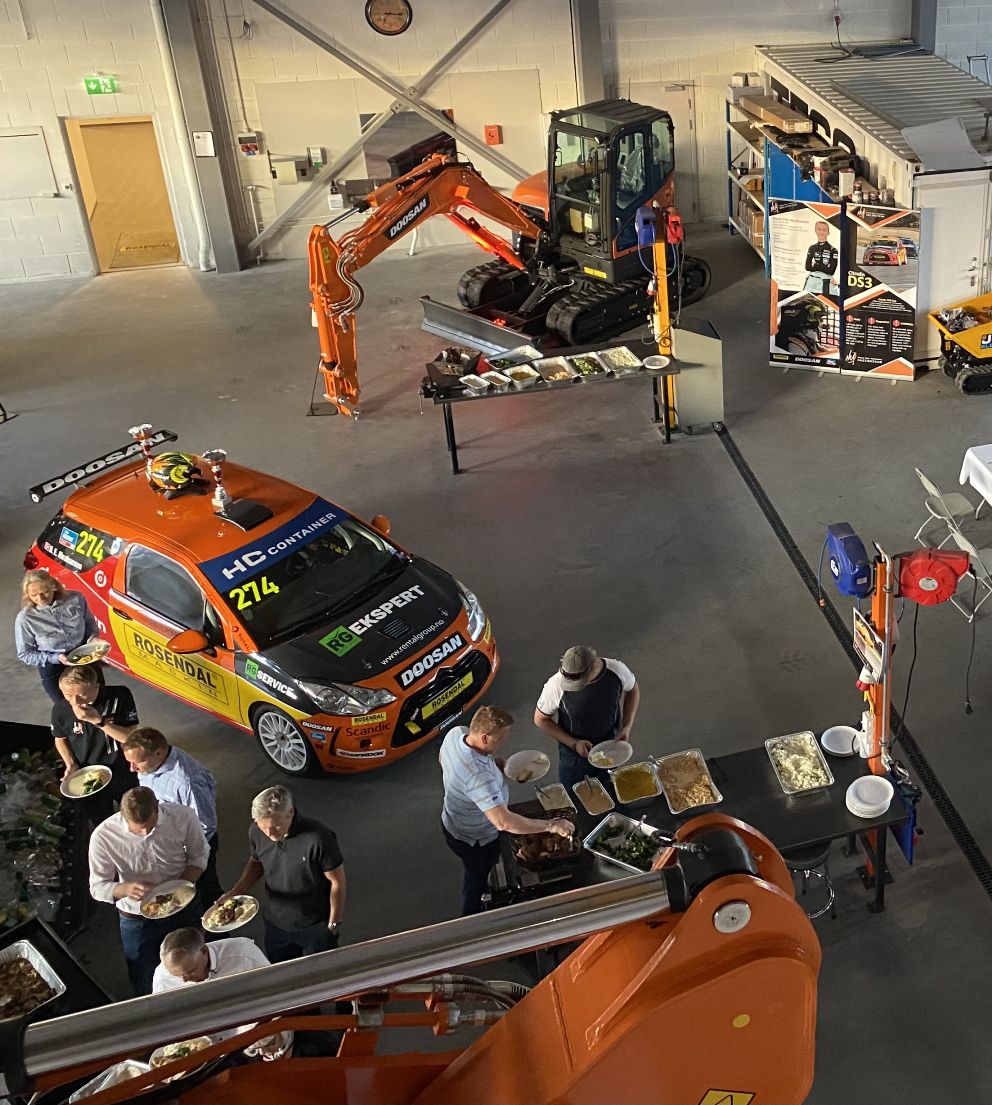