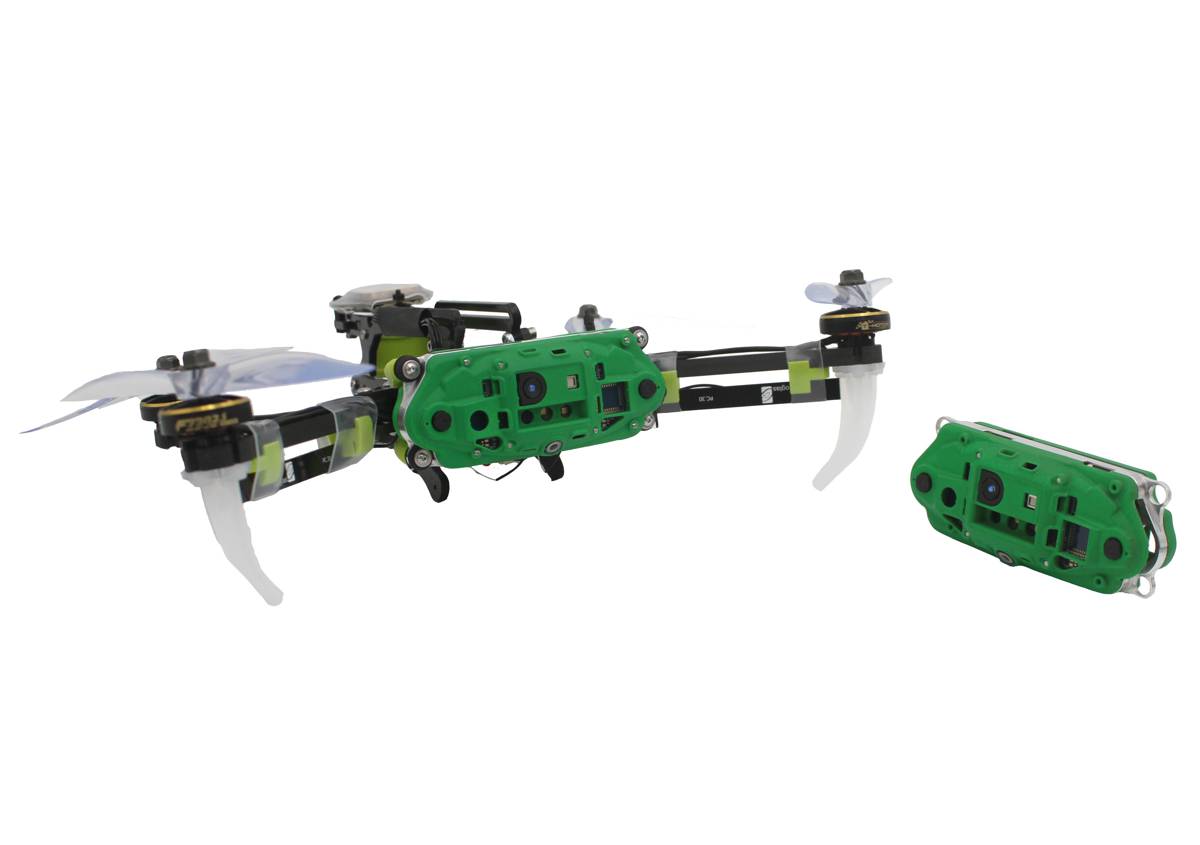 Built on the foundation of the VOXL Flight Deck, the VOXL CAM is a single printed circuit board (PCB) that easily attaches to robots, drones or IoT devices to activate autonomy for a breadth of applications.

The VOXL CAM perception engine has four image sensor concurrencies onboard, including:

It pre-integrates a PX4 drone flight controller, ModalAI’s Flight Core™. In addition, it has three onboard Inertial Measurement Units (IMU) and a barometer for controlling flight height.

The Seeker micro-development drone has a small form factor and enhanced visual capabilities, making it optimal for drones to safely and autonomously navigate tight spaces indoors and outdoors. The base weight is just 57.5 grams and 87 grams with the flight controller and modem installed. It can also operate on the 4G cellular network, depending on the configuration.

“The Seeker drone is the smallest reference drone ModalAI has designed to date. It’s a true micro-drone with powerful computing in a small form factor perfect for navigating GPS-denied, tight spaces that people can’t reach,” said Sweet. “Its micro-design unlocks a plethora of use cases for developers ranging from asset inspection to mission-critical.”

Both products are built on Blue UAS Framework components VOXL Flight and Flight Core. ModalAI’s autopilots are Assembled in America and compliant with the National Defense Authorization Act for Fiscal Year 2020 (NDAA 2020).

Order the VOXL CAM perception engine from ModalAI starting at $999.99 or the Seeker micro-development drone starting at $2,999 at modalai.com.