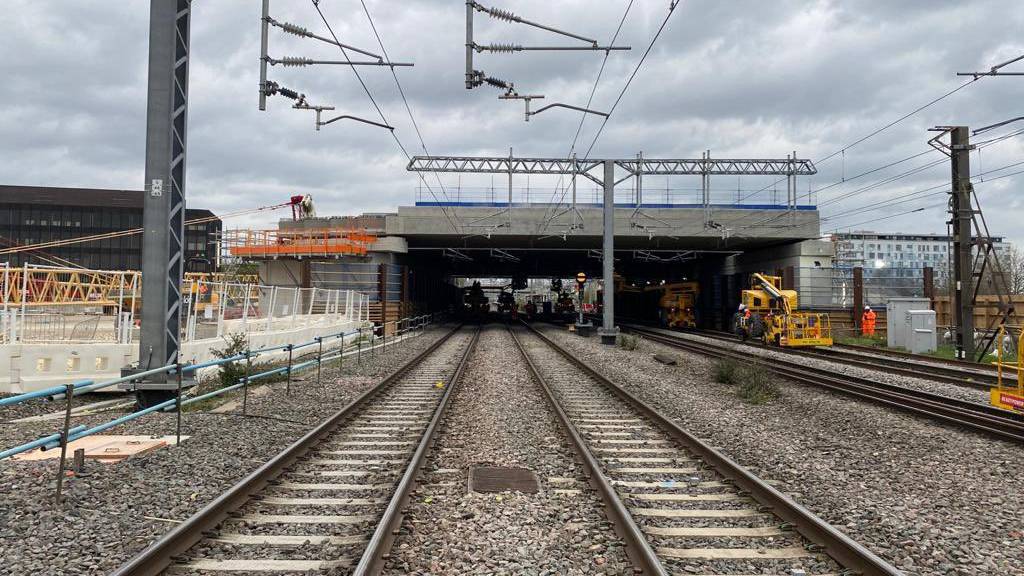 Engineers have saved £70m of taxpayers’ money by using creative new methods to build a railway flyover as part of the East West Rail project.

Network Rail and the East West Rail Alliance are restoring the Oxford-to-Cambridge line by removing and replacing a flyover which crosses the busy West Coast main line at Bletchley – all while keeping trains and passengers moving safely.

The new structure, on the line between Bicester and Bletchley, is being built to last 120 years with minimal future maintenance required. 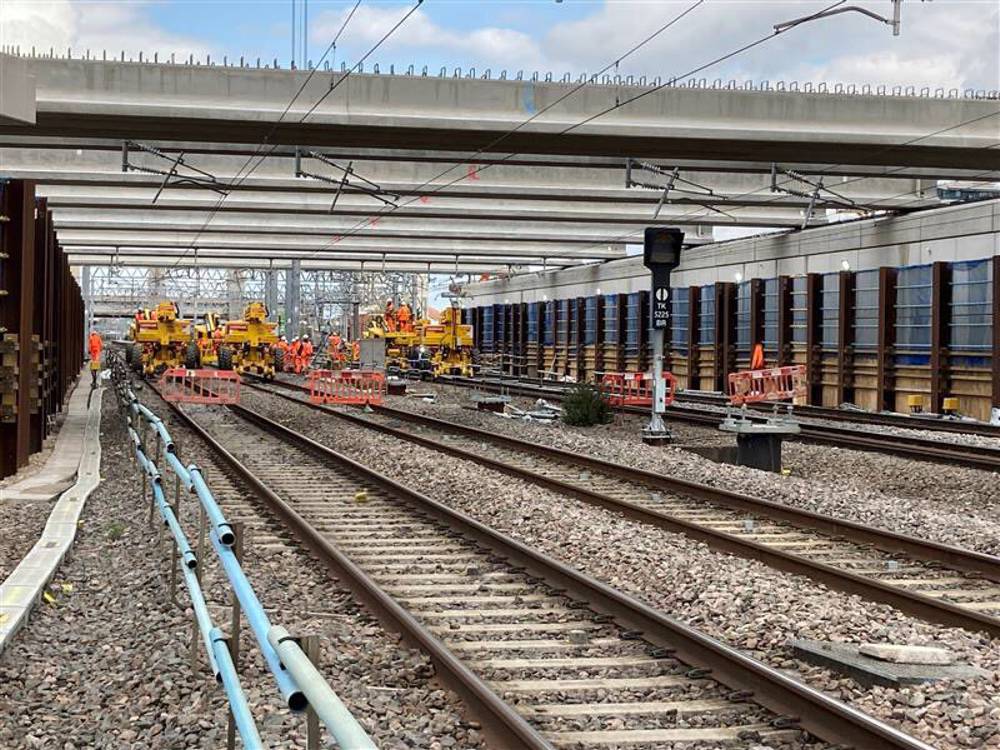 Instead of replacing the old flyover like-for-like – which would involve closing the West Coast main line below to build five supporting columns in between the tracks – East West Rail project engineers have used modern methods of construction to build a protective ‘box structure.’

It acts very much like a rectangular railway tunnel, removing the need for separate supporting columns and providing a platform for the flyover to sit on.

This means the West Coast main line – which is one of the busiest mixed-use passenger and freight railway routes in Europe – doesn’t have to be closed during the flyover replacement taking place above as the box structure provides a protective, physical barrier. 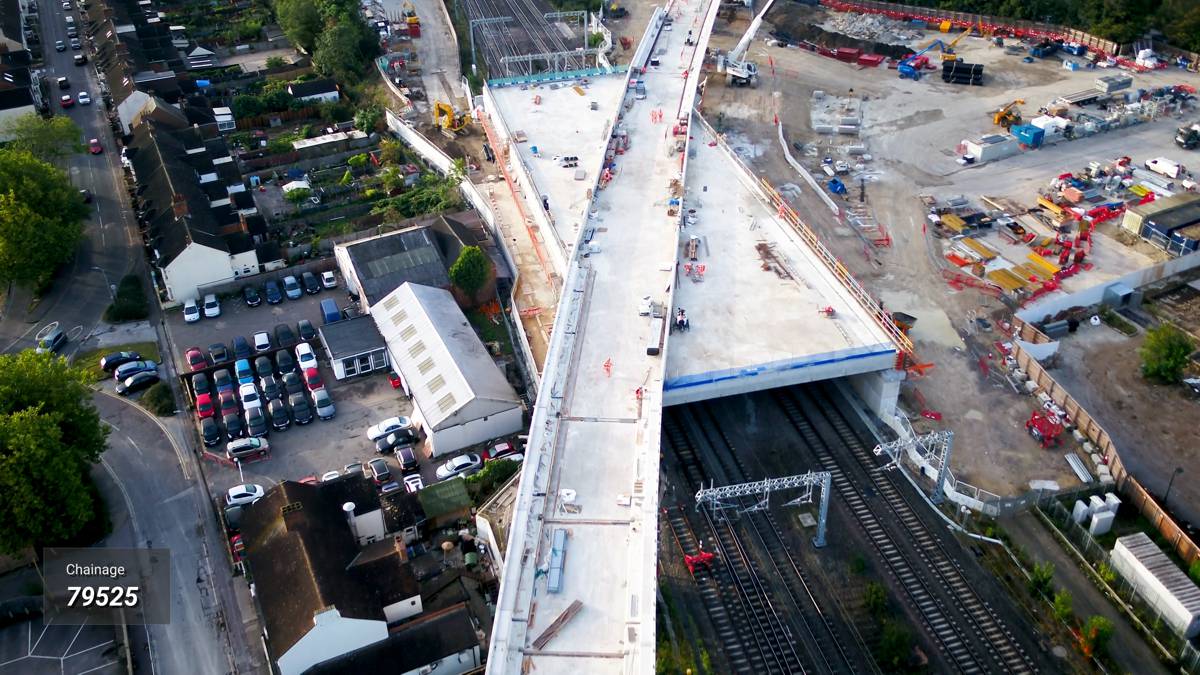 This keeps both passenger and freight trains safe below and the workforce safe above.

Mark Cuzner, East West Rail Alliance project director, said: “By working smarter we’ve been able to speed-up the project by around six months. At the start of the project, we built a protective wall next to the West Coast main line so we could safely build the box structure during the day when the railway is open, instead of working piecemeal at night-time when the railway is closed.

“Most of the components for both the box structure, and the flyover, arrived pre-built and were simply assembled on site, like a model kit or set of Duplo bricks. The simplicity of construction meant we could safely reduce the workforce onsite by 60%, cut the previously-forecast cost by £70m and get the job done six months quicker than planned.”

Simon Blanchflower CBE,  East West Rail Company chief executive officer, said: “The transformation of the iconic Bletchley flyover has really brought the East West Rail project to life and brings communities from Oxford to Cambridge ever closer to a new, sustainable transport link across the region” 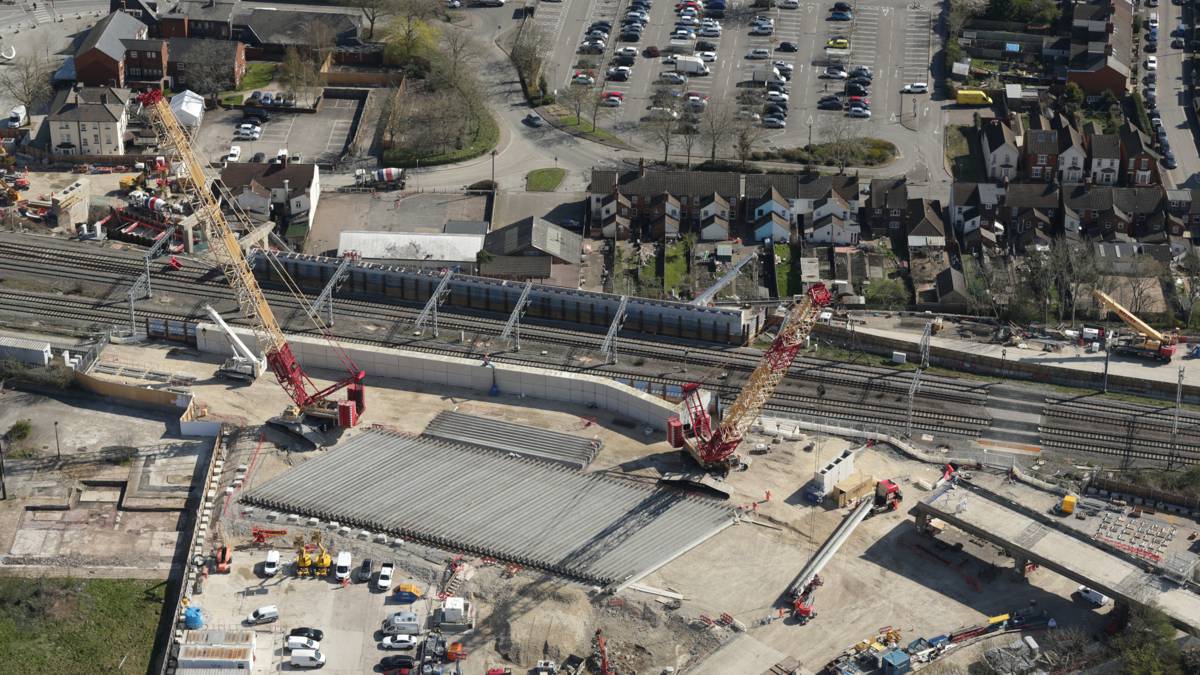 Key figures from this innovative construction technique include:

In the coming months track will start to be laid over the new structure. 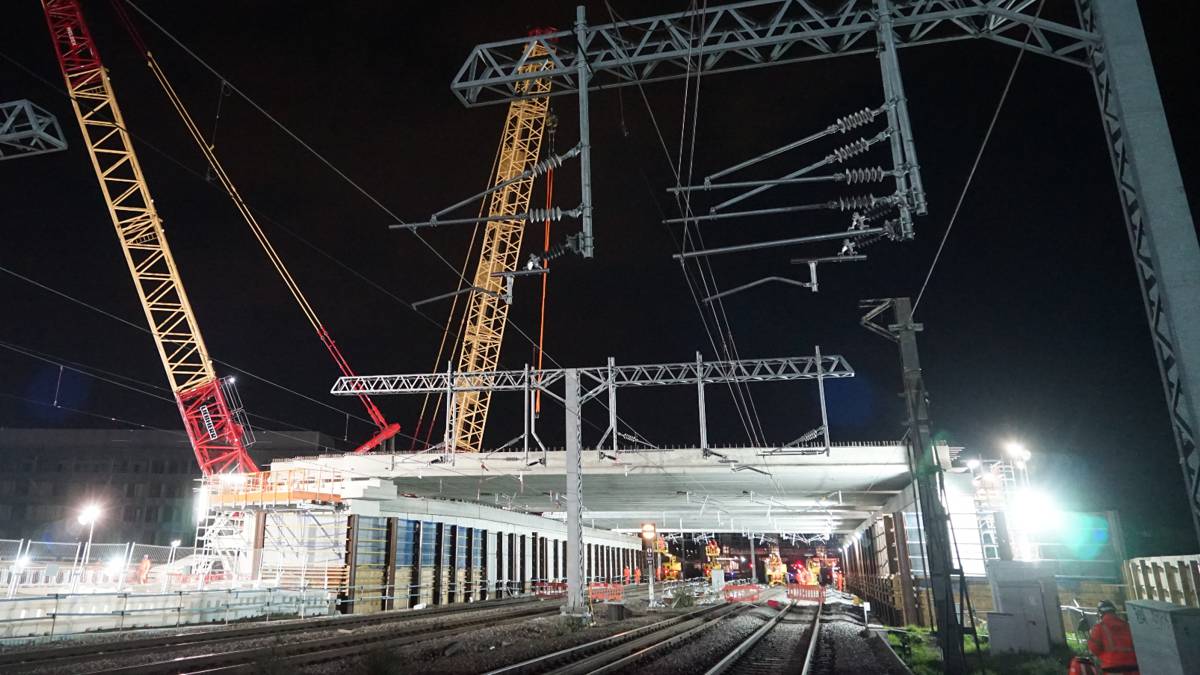 The huge demolition project on the old structure took place throughout 2020 and involved some of the UK’s largest cranes. 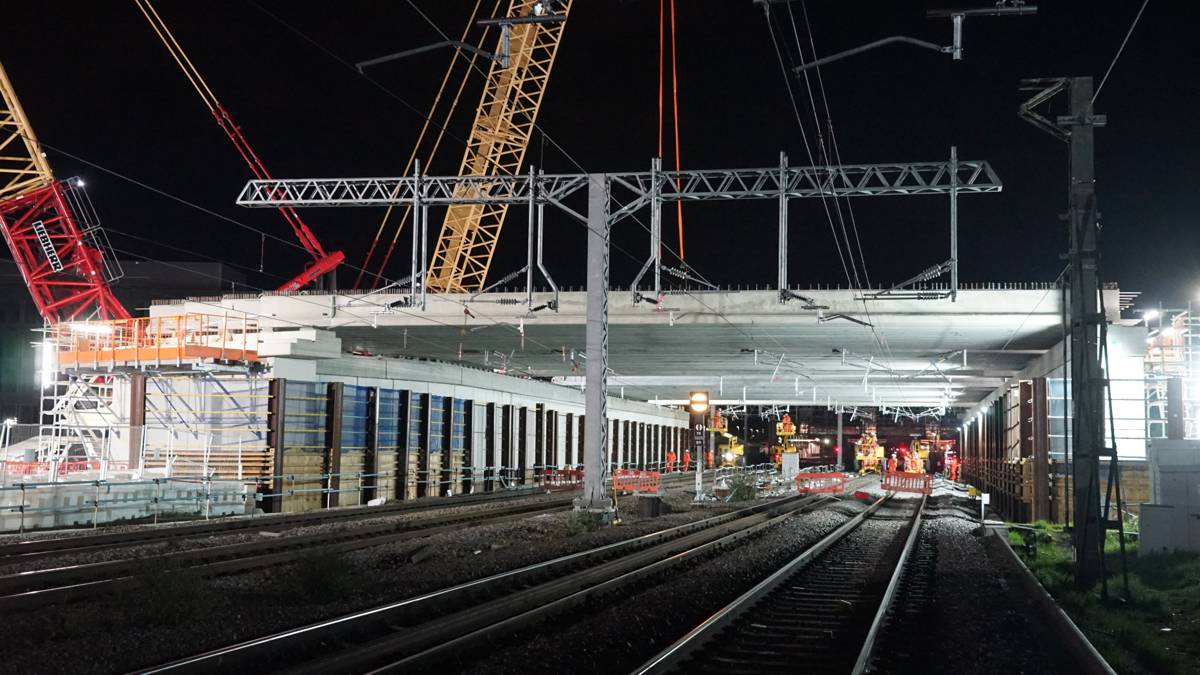 0 0 0
Previous : The UK Executive Hire Show back in business for 2022
Next : EBRD finances €150m construction of railway from Istanbul to Bulgaria