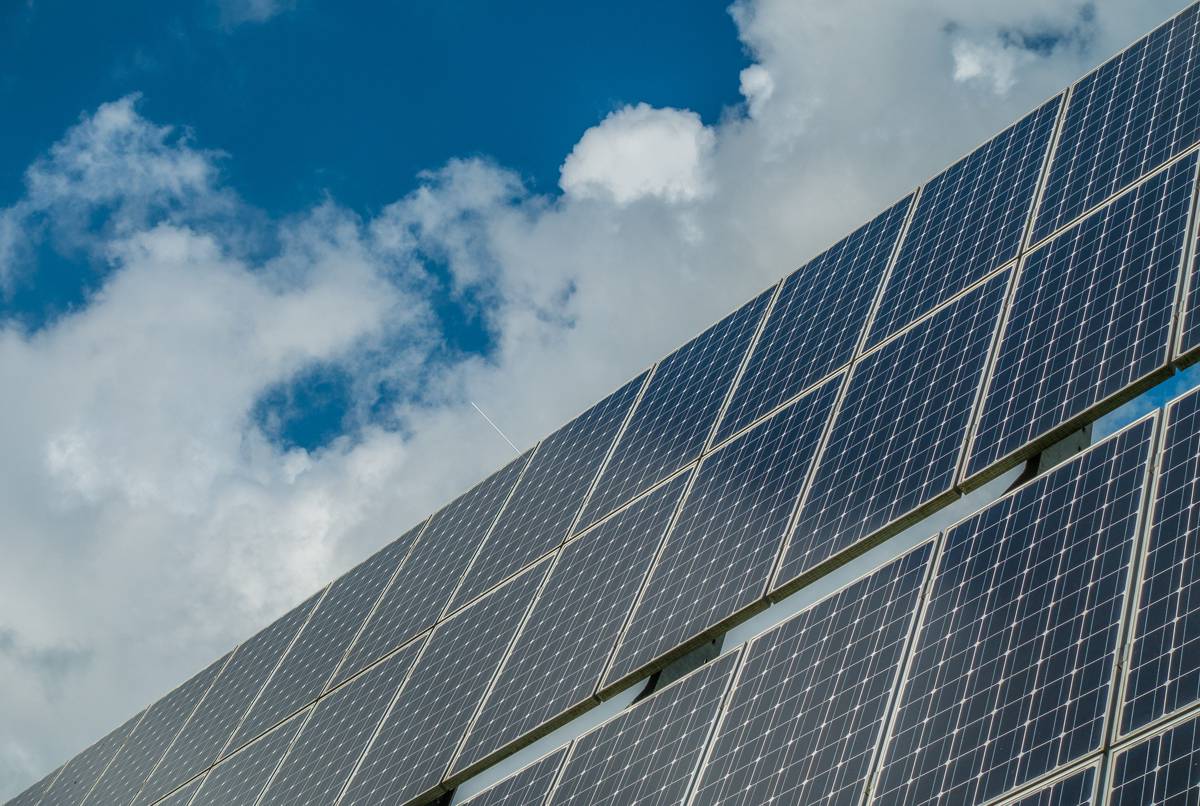 In the ongoing race to develop ever-better materials and configurations for solar cells, there are many variables that can be adjusted to try to improve performance, including material type, thickness, and geometric arrangement.

Developing new solar cells has generally been a tedious process of making small changes to one of these parameters at a time. While computational simulators have made it possible to evaluate such changes without having to actually build each new variation for testing, the process remains slow.

Now, researchers at MIT and Google Brain have developed a system that makes it possible not just to evaluate one proposed design at a time, but to provide information about which changes will provide the desired improvements. This could greatly increase the rate for the discovery of new, improved configurations.

The new system, called a differentiable solar cell simulator, is described in a paper published today in the journal Computer Physics Communications, written by MIT junior Sean Mann, research scientist Giuseppe Romano of MIT’s Institute for Soldier Nanotechnologies, and four others at MIT and at Google Brain.

Traditional solar cell simulators, Romano explains, take the details of a solar cell configuration and produce as their output a predicted efficiency — that is, what percentage of the energy of incoming sunlight actually gets converted to an electric current. But this new simulator both predicts the efficiency and shows how much that output is affected by any one of the input parameters. “It tells you directly what happens to the efficiency if we make this layer a little bit thicker, or what happens to the efficiency if we for example change the property of the material,” he says.

In short, he says, “we didn’t discover a new device, but we developed a tool that will enable others to discover more quickly other higher performance devices.” Using this system, “we are decreasing the number of times that we need to run a simulator to give quicker access to a wider space of optimized structures.” In addition, he says, “our tool can identify a unique set of material parameters that has been hidden so far because it’s very complex to run those simulations.”

While traditional approaches use essentially a random search of possible variations, Mann says, with his tool “we can follow a trajectory of change because the simulator tells you what direction you want to be changing your device. That makes the process much faster because instead of exploring the entire space of opportunities, you can just follow a single path” that leads directly to improved performance.

Since advanced solar cells often are composed of multiple layers interlaced with conductive materials to carry electric charge from one to the other, this computational tool reveals how changing the relative thicknesses of these different layers will affect the device’s output. “This is very important because the thickness is critical. There is a strong interplay between light propagation and the thickness of each layer and the absorption of each layer,” Mann explains.

Other variables that can be evaluated include the amount of doping (the introduction of atoms of another element) that each layer receives, or the dielectric constant of insulating layers, or the bandgap, a measure of the energy levels of photons of light that can be captured by different materials used in the layers.

This simulator is now available as an open-source tool that can be used immediately to help guide research in this field, Romano says. “It is ready, and can be taken up by industry experts.” To make use of it, researchers would couple this device’s computations with an optimization algorithm, or even a machine learning system, to rapidly assess a wide variety of possible changes and home in quickly on the most promising alternatives.

At this point, the simulator is based on just a one-dimensional version of the solar cell, so the next step will be to expand its capabilities to include two- and three-dimensional configurations. But even this 1D version “can cover the majority of cells that are currently under production,” Romano says. Certain variations, such as so-called tandem cells using different materials, cannot yet be simulated directly by this tool, but “there are ways to approximate a tandem solar cell by simulating each of the individual cells,” Mann says.

The simulator is “end-to-end,” Romano says, meaning it computes the sensitivity of the efficiency, also taking into account light absorption. He adds: “An appealing future direction is composing our simulator with advanced existing differentiable light-propagation simulators, to achieve enhanced accuracy.”

Moving forward, Romano says, because this is an open-source code, “that means that once it’s up there, the community can contribute to it. And that’s why we are really excited.” Although this research group is “just a handful of people,” he says, now anyone working in the field can make their own enhancements and improvements to the code and introduce new capabilities.

“Differentiable physics is going to provide new capabilities for the simulations of engineered systems,” says Venkat Viswanathan, an associate professor of mechanical engineering at Carnegie Mellon University, who was not associated with this work. “The  differentiable solar cell simulator is an incredible example of differentiable physics, that can now provide new capabilities to optimize solar cell device performance,” he says, calling the study “an exciting step forward.”

In addition to Mann and Romano, the team included Eric Fadel and Steven Johnson at MIT, and Samuel Schoenholz and Ekin Cubuk at Google Brain. The work was supported in part by Eni S.p.A. and the MIT Energy Initiative, and the MIT Quest for Intelligence.