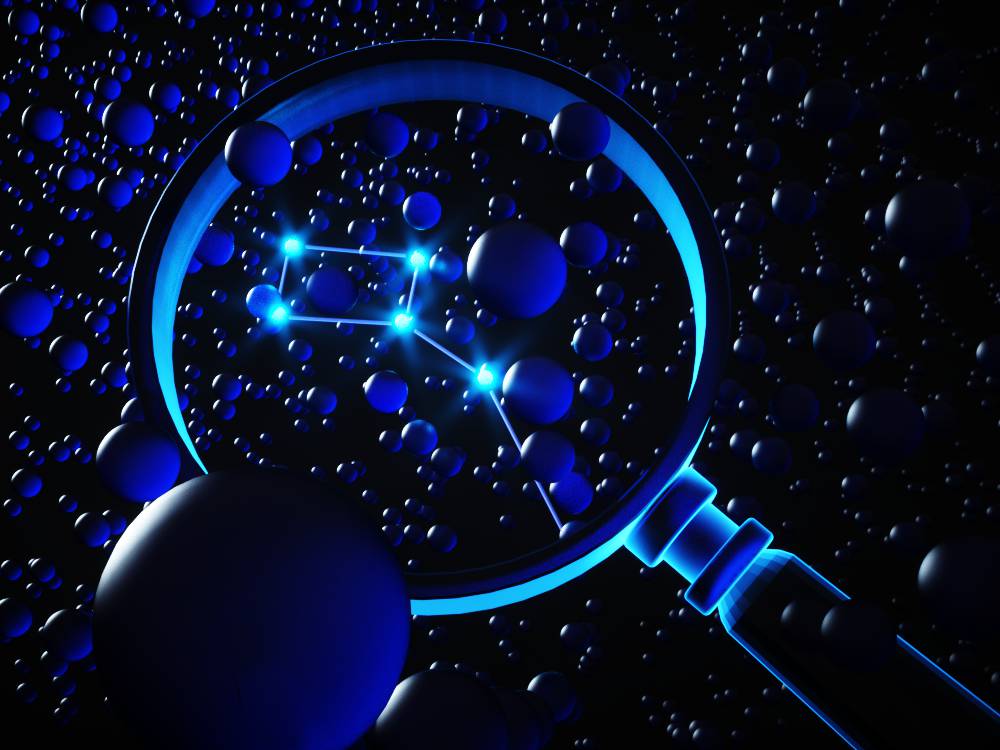 From designing new biomaterials to novel photonic devices, new materials built through a process called bottom-up nanofabrication, or self-assembly, are opening up pathways to new technologies with properties tuned at the nanoscale.

However, to fully unlock the potential of these new materials, researchers need to “see” into their tiny creations so that they can control the design and fabrication in order to enable the material’s desired properties.

This has been a complex challenge that researchers from the U.S. Department of Energy’s (DOE) Brookhaven National Laboratory and Columbia University have overcome for the first time, imaging the inside of a novel material self-assembled from nanoparticles with seven nanometer resolution, about 1/100,000 of the width of a human hair. In a new paper published on April 7, 2022 in Science, the researchers showcase the power of their new high-resolution x-ray imaging technique to reveal the inner structure of the nanomaterial.

The team designed the new nanomaterial using DNA as a programmable construction material, which enables them to create novel engineered materials for catalysis, optics, and extreme environments. During the creation process of these materials, the different building blocks made of DNA and nanoparticles shift into place on their own based on a defined “blueprint”—called a template—designed by the researchers. However, to image and exploit these tiny structures with x-rays, they needed to convert them into inorganic materials that could withstand x-rays while providing useful functionality. For the first time, the researchers could see the details, including the imperfections within their newly arranged nanomaterials.

“While our DNA-based assembly of nanomaterials offers a tremendous level of control to fine-tune the properties we desire, they don’t form perfect structures that correspond fully to the blueprint. Thus, without detailed 3D imaging with single-particle resolution, it is impossible to understand how to design effective self-assembled systems, how to tune the assembly process, and to what degree a material’s performance is affected by imperfections,” said corresponding author Oleg Gang, scientist at Brookhaven’s Center for Functional Nanomaterials (CFN) and a professor of chemical engineering and of applied physics and materials science at Columbia Engineering.

This video shows a 3D view of the reconstructed nanoparticles lattices with 360-degree rotation. Every golden dot represents one of the nanoparticles in the assembled structure.

As a DOE Office of Science user facility, the CFN offers a wide range of tools for creating and investigating novel nanomaterials. It was at the labs of the CFN and at Columbia Engineering where Gang and his team first built and studied new nanostructures. Using both DNA-based assembly as a new fabrication tool at the nanoscale and precise templating with inorganic materials that can coat DNA and nanoparticles, the researchers were able to demonstrate a novel type of complex 3D architecture.

“When I joined the research team five years ago, we had studied the surface of our assemblies really well, but the surface is only skin deep. If you can’t go further, you’ll never see that there’s a blood system or bones underneath. Since the assembly inside our materials drives their performance, we wanted to go deeper to figure out how it worked,” said Aaron Noam Michelson, first author of the study who was a PhD student with Gang and is now a postdoc at the CFN.

“At NSLS-II, we have many tools that can be used to learn more about a material depending on what you are interested in. What made HXN interesting for Oleg and his work was that you can see the actual spatial relationships between objects within the structure at the nanoscale. But, at that time when we first talked about this research, ‘seeing into’ these tiny structures was already at the limit of what the beamline could do,” said Hanfei Yan, also a corresponding author of the study and a beamline scientist at HXN.

To push through this challenge, the researchers discussed the various hurdles they needed to overcome. At the CFN and Columbia, the team had to figure out how they could build the structures with desired organization and how to convert them into an inorganic replica that can withstand powerful x-ray beams, while at NSLS-II the researchers had to tune the beamline by improving the resolution, data acquisition, and many other technical details.

“I think the best way to describe our progress is in terms of performance. When we first tried to take data at HXN, it took us three days and we got part of a data set. The second time we did this, it took us two days, and we got most of a whole data set, but our sample got destroyed in the process. By the third time it took a little over 24 hours, and we got a full data set. Each of these steps was about six months apart,” said Michelson.

The multimaterial (iron/silica/platinum framework and gold nanoparticles lattice) reconstruction is viewed at a global level with some small region sectioned out and zoomed in for easier viewing of the structural motif of gold nanoparticles organized by tetrahedral frames in diamond lattice of nanoparticles and frames.

Yan added: “Now we can finish it in a single day. The technique is mature enough that we also offer it to other users who would want to use our beamline to investigate their sample. Seeing into samples on this scale is interesting for fields such as microelectronics and battery research.”

The team leveraged the beamline’s abilities in two ways. They not only measured the phase contrast of the x-rays passing through the samples, but they also collected the x-ray fluorescence—the emitted light—from the sample. By measuring the phase contrast, the researchers could better distinguish the foreground from the background of their sample.

“Measuring the data was only half the battle; now we needed to translate the data into meaningful information about order and imperfection of self-assembled systems. We wanted to understand what type of defects can occur in these systems and what is their origin. Until this point, this information was only available through computation. Now we can really see this experimentally, which is super exciting and, literally, eye-opening for the future development of complex designed nanomaterials,” said Gang.

Together, the researchers developed new software tools to help untangle the large amount of data into chunks that could be processed and understood. One major challenge was being able to validate the resolution they achieved. The iterative process that finally led to the groundbreaking new resolution stretched over several months before the team had verified the resolution through both standard analysis and machine-learning approaches.

“It took my whole PhD to get here but I personally feel very gratified for being part of this collaboration. I was able to get involved in every step of the way from making the samples to running the beamline. All the new skills I have learned on this journey will be useful for everything that lies ahead,” said Michelson.

Even though the team has reached this impressive milestone, they are far from done. They already set their sights on the next steps to further push the boundaries of the possible.

“Now that we have gone through the data analysis process, we plan to make this part easier and faster for future projects, especially when further beamline improvements enable us to collect data even faster. The analysis is currently the bottleneck when doing high-resolution tomography work at HXN,” said Yan.

Gang added, “Aside from continuing to push the performance of the beamline, we also plan to use this new technique to dive deeper into the relationships between defects and properties of our materials. We plan to design more complex nanomaterials using DNA self-assembly that can be studied using HXN. In this way we can see how well the structure is built internally and connect this to the process of the assembly. We are developing a new bottom-up fabrication platform that we would not be able to image without this new capability.”

By understanding this connection between material’s properties and the assembly process, the researchers hope to unlock the path to fine-tuning these materials for future applications in designed nanomaterials for batteries and catalysis, for light manipulation, and for desired mechanical responses.