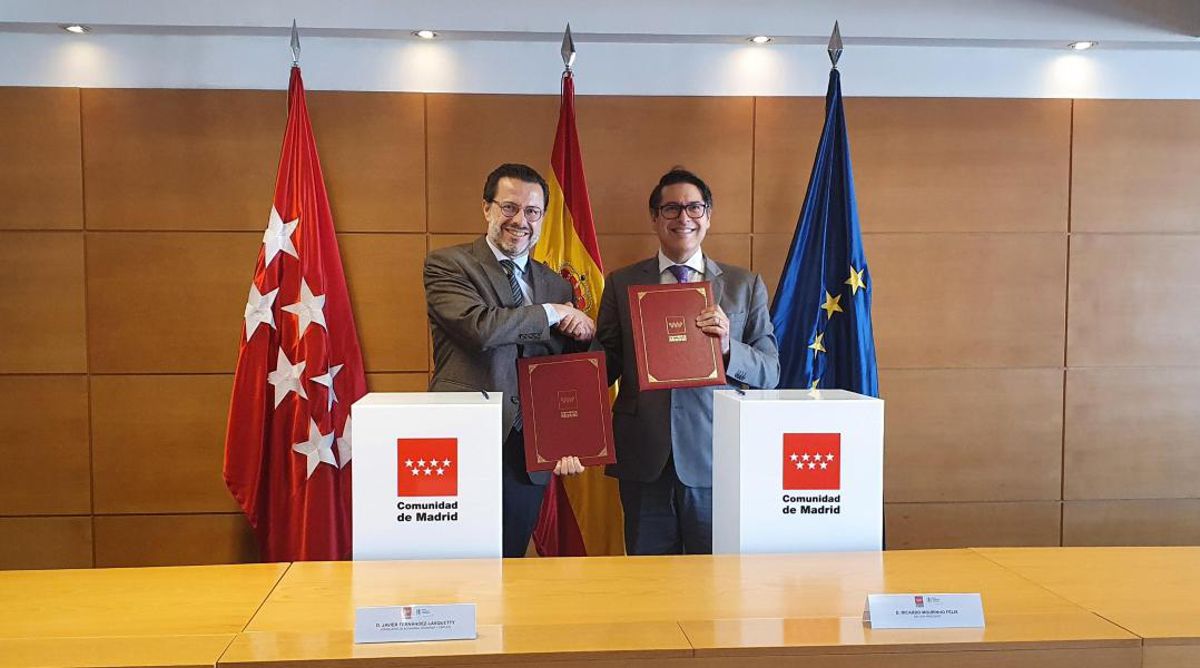 EIB to finance €372m to extend line 11 of Madrid Metro

EIB to finance €372m to extend line 11 of Madrid Metro

The European Investment Bank (EIB) and the Community of Madrid (CAM) have agreed EIB financing of €554 million split into two operations that will have major regional impact.

On the one hand, a €372 million transport loan has been granted for the metro network, a strategic piece of infrastructure for the autonomous community. The EIB funds will facilitate the extension of line 11 of the suburban network between Plaza Elíptica and Conde de Casal. On the other hand, the two institutions have reached an unprecedented agreement on a €182 million loan for research and development activities.

The agreements were signed in Madrid today by EIB Vice-President Ricardo Mourinho Félix and Minister of Economy, Finance and Employment of the Community of Madrid Javier Fernández-Lasquetty. The meeting was attended by representatives of Madrid’s Ministry of Transport and Infrastructure, led by the Deputy Minister of Transport Carlos Díaz-Pache, and the Director General of Infrastructure Miguel Núñez.

EIB Vice-President Ricardo Mourinho Félix highlighted the following: “The extensive partnership between the EIB and the Community of Madrid is on full display today with two new projects in strategic sectors. As the EU bank, we promote investments developing a sustainable model of urban mobility in line with the eligibility criteria included in our Climate Bank Roadmap. Transport is among the sectors making the biggest contribution to greenhouse gas emissions, but is also the backbone of the modern economy. This is why the extension of Madrid’s suburban transport network will not only have social and environmental benefits, but will also contribute to the economic recovery by generating growth and employment. This is a climate action priority being discussed at COP27, where we are showing our commitment to the rapid decarbonisation of economies.”

A more efficient and sustainable metro for Madrid

The project to extend line 11 of the suburban transport network will open up greater capacity on the metro, improving its operations, reducing congestion and promoting public transport intermodality at key points in the region. This is the first phase in the extension of a major suburban line that will cross Madrid from Leganés to Valdebebas, becoming a key part of the public transport system. Two new stations will be created, Comillas and Madrid Río, and three interconnecting stations on existing lines: Palos de la Frontera with L3; Atocha with L1, Cercanías and AVE; and Conde de Casal with L6.

The project — included in the Community of Madrid’s strategic plan for sustainable mobility 2013-2025 — will enhance sustainable transport by reducing atmospheric pollution and greenhouse gas emissions, contributing to climate action. It will also shorten travel times and improve mobility patterns, increasing the reliability and quality of the autonomous community’s public transport service.

The programme will have a positive impact on employment, with EIB estimates indicating that its implementation will involve the temporary recruitment of approximately 4 200 people a year during construction, together with the creation of 35 permanent jobs for operating the new section.

The EIB’s Transport Lending Policy — subordinated to and aligned with its Climate Bank Roadmap — was updated in July. This policy outlines the priorities aiming to identify the eligible investments that are most effective at addressing the challenges of the sector, and that will therefore have a greater impact on its shift to more sustainable transport.

Safe, accessible, green and efficient (SAGE) are the four key and interdependent pillars of sustainable transport. Among the priorities associated with these pillars, this operation stands out for being linked to both transport infrastructure resilience (including the rehabilitation and improvement of existing assets) and the development of smart transport systems, in addition to other Transport Lending Policy priorities.

A source of research and development opportunities

The agreement on the implementation of strategic research and development activities from 2023 to 2026 is the first of its kind to be signed by the two institutions. €182 million will be invested mostly in the Institutos Madrileños de Estudios Avanzados (IMDEA). These centres of research excellence were established as independent foundations by the Community of Madrid between 2006 and 2007. The IMDEA institutes focus their activities on seven strategic areas for society from a business, scientific and technological standpoint: water, food, energy, materials, nanoscience, networks and software.

The IMDEA centres combine public and private sector resources to promote research excellence internationally and support the effective transfer of knowledge from laboratories to the sector in question, with the aim of providing a better response to the needs of society. It also takes advantage of its leading status to attract research, development and innovation talent, employing experienced and promising researchers from all over the world to work on innovative lines of research. A large number of projects are developed in its facilities in partnership with private companies, ensuring that these scientific advances have a real impact on society.

This operation addresses a clear market failure, as research and development activities have long suffered from a shortage of funding, often due to uncertain project returns. Promoting research of excellence is in line with the objectives of Horizon Europe, the European Union’s framework programme for research and innovation for 2021-2027.

The project will create career opportunities for young professionals by offering doctoral scholarships and other grants. It will also provide additional development options for experienced researchers via calls to form working groups in Spain and innovate in lines of work with greater resources, without the need to take their talent abroad due to a lack of opportunities.