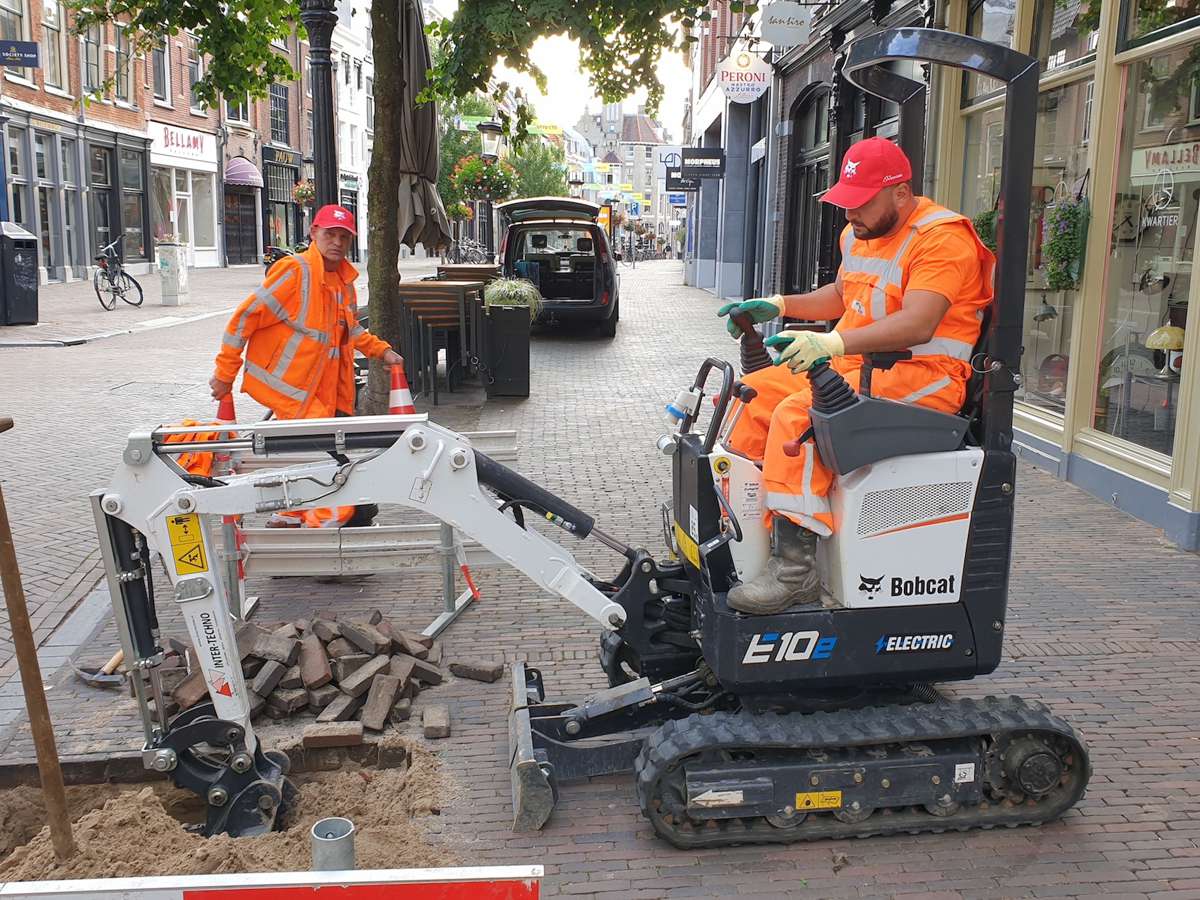 It is now one of the many electric vehicles and machines that WiIlemsen Infra uses on its projects. According to Justin Willemsen, Director at Willemsen Infra, the company’s choice of electric machines is mainly motivated by the stricter emission requirements in many city centres and by the advantage that having such equipment in the fleet offers when tendering for government contracts.

Willemsen Infra offers a broad portfolio, covering earthmoving, road works and hydraulic engineering and is mainly active in the Utrecht region. It is a family business that was founded in 2008 and employs about 65 people. The company works mainly in the repair, maintenance and construction of sewerage systems, paving and soil remediation.

Willemsen Infra also has a number of push boats with pontoons, with which work can be carried out on and along the canals of Utrecht. 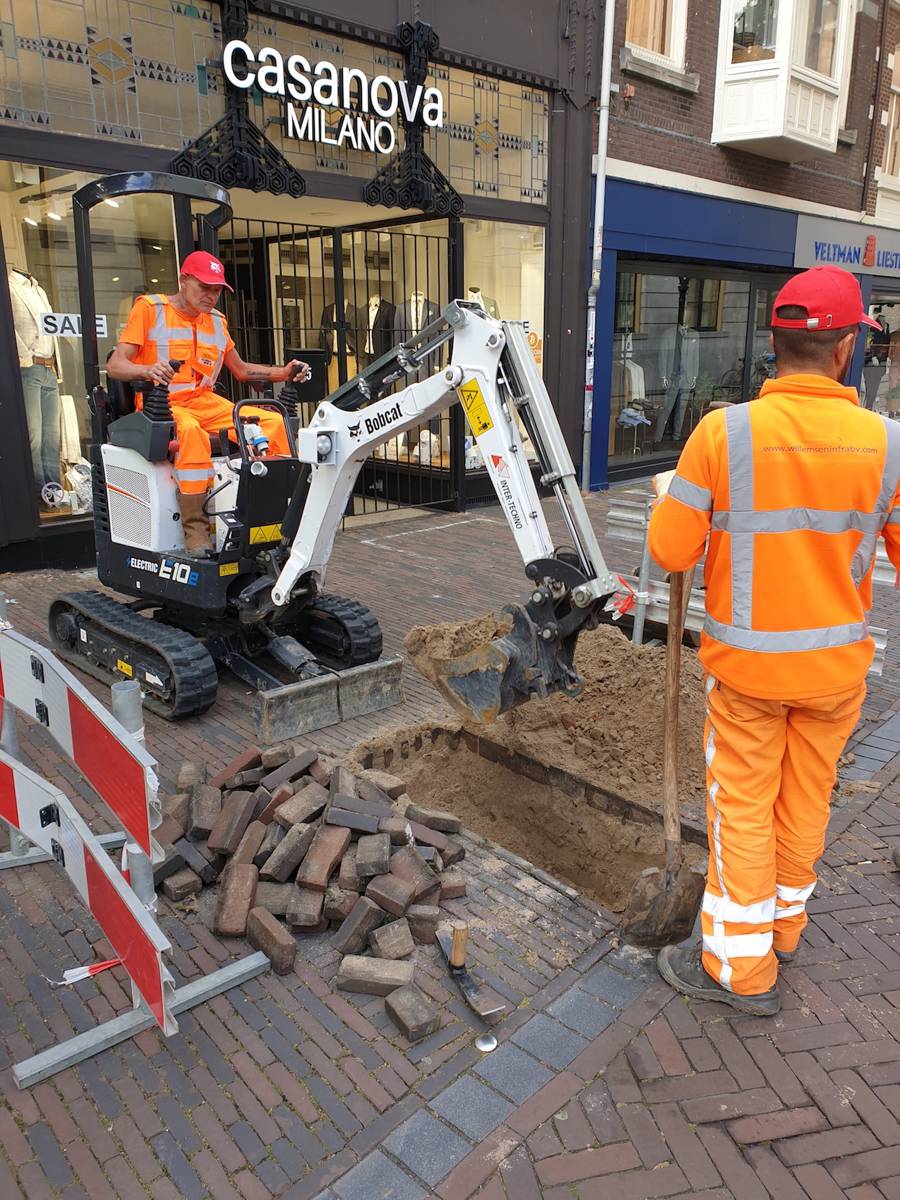 Willemsen has a state-of-the-art fleet of machinery and vehicles. The company formed the fleet with the focus on reducing fuel consumption and CO2 emissions, as most of the work it carries out is in urban areas. It also why several of the machines have a limited axle load of a maximum of two tonne and are equipped with tracking systems, with which the journeys and fuel consumption can be tracked.

Justin Willemsen is a strong supporter of the use of electric equipment and tools. The company already has 14 electric vans in operation and recently an electric truck with a spray suction installation system for sewer work was added to the fleet. In addition, the company is gradually switching to electric power tools; including heavier kit such as band saws and vibratory plates.

“We believe that we should actively contribute to making construction more sustainable,” says Justin Willemsen, “but the use of electric equipment also provides commercial benefits. When registering for the tendering of government projects, you have a significant advantage if you can carry out the work with electric equipment. We have already won several contracts where fully electrical work was a precondition. And the requirements for the use of construction equipment and vehicles in urban areas are only getting stricter.”

The municipality of Utrecht, where Willemsen Infra works much of the time, is one of the trailblazers in the Netherlands when it comes to environmental and emissions policy. An environmental zone has now been set up in Utrecht, in which diesel vehicles are prohibited. This zone is likely to be expanded in 2023. By 2025, the power supply to the city centre is also required to be completely emission-free.

These measures have been introduced to limit noise pollution and harmful emissions, but also to prevent vibrations that can damage the historic buildings. The municipality of Utrecht wants to achieve a completely emission-free city centre by 2030 at the latest.

Forty per cent of the excavators and wheel loaders used in the city centre fall into the Stage IIIa and IIIb emission classes; so there are still many gains to be made. The municipality realizes that construction companies cannot simply replace older equipment; all the more so as zero-emission machines are considerably more expensive than traditional diesel-powered machines.

According to Justin Willemsen, a solution could be for the municipality to work with contractors for longer periods of time, so that they have time to recoup their investments in replacing ‘old’ equipment with zero-emission machines. 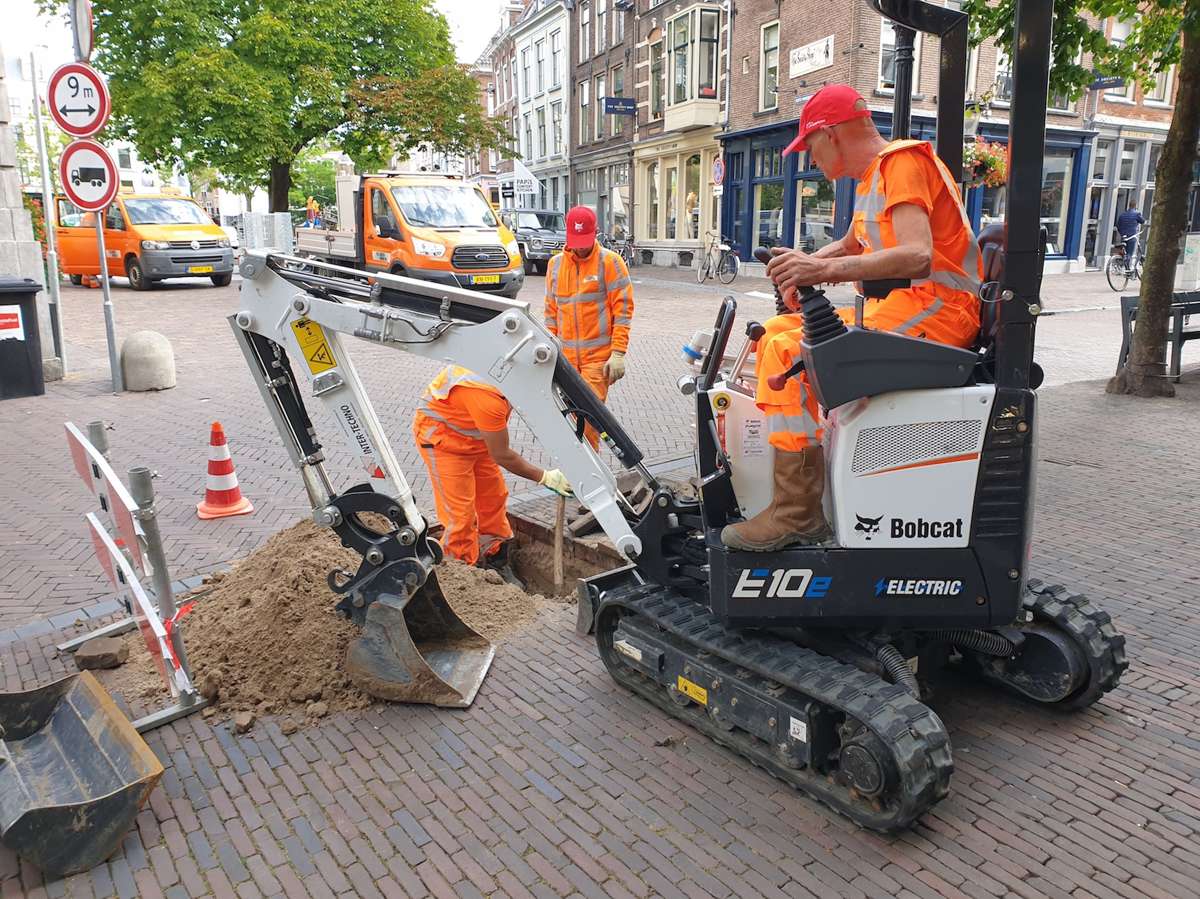 “If you have a zero-emission fleet, you are at the front of the queue as a supplier. You can win tenders for sustainability, because KPIs have been defined for this and governments are prepared to pay more for this. And you really can’t secretly use a diesel machine for work, because there are strict controls. The fines can be up to 1500 euros per violation. To be honest, we don’t have a complete picture of the exact operating costs of electric machines yet,” says Justin Willemsen, “because we can’t say much about depreciation and residual value yet. Of course we save on fuel costs and oil, but I think that mainly the limited maintenance of electric machines will be the deciding factor. We don’t know for sure yet, but as an entrepreneur you also have to be prepared to stick your neck out.”

In any event, the Bobcat E10e has been very well received; both by the employees of Willemsen Infra and the residents of Utrecht, who often react with surprise to the fact that the excavator makes virtually no noise. Willemsen Infra’s employees are particularly satisfied with the hydraulic joystick control, which is placed on an adjustable console on the side of the driver’s seat.

The position of the joysticks can be adjusted as the driver wishes. There is also plenty of foot space in the operator’s position. Because the machine is so quiet, communication between the operator and the rest of the work crew is also very easy.

As the E10e mini-excavator weighs only one tonne, is only 72 cm wide (which can be increased to 110 cm using the extendable tracks) and has an integrated, foldable Tip Over Protective Structure, it is not only easy to transport, but also very suitable for working inside buildings, on difficult terrain, in inaccessible places and in narrow streets.

Thanks to the zero tail swing, the E10e also causes almost no traffic problems. The machine has a number of other advantages, which are specific to an electric excavator: a patented electro-hydraulic drive system that makes full use of the capabilities of the electric motor. All electrical drive components are, of course, fully sealed in accordance with the IP67 rating. The lithium-ion batteries are sufficient to work in principle with breaks for eight hours a day.

The E10e can also be used with all types of attachments, making the machine suitable for a wide range of jobs. Willemsen Infra currently uses the machine mainly for excavation work in the historic city centre of Utrecht and for work in other municipal locations.