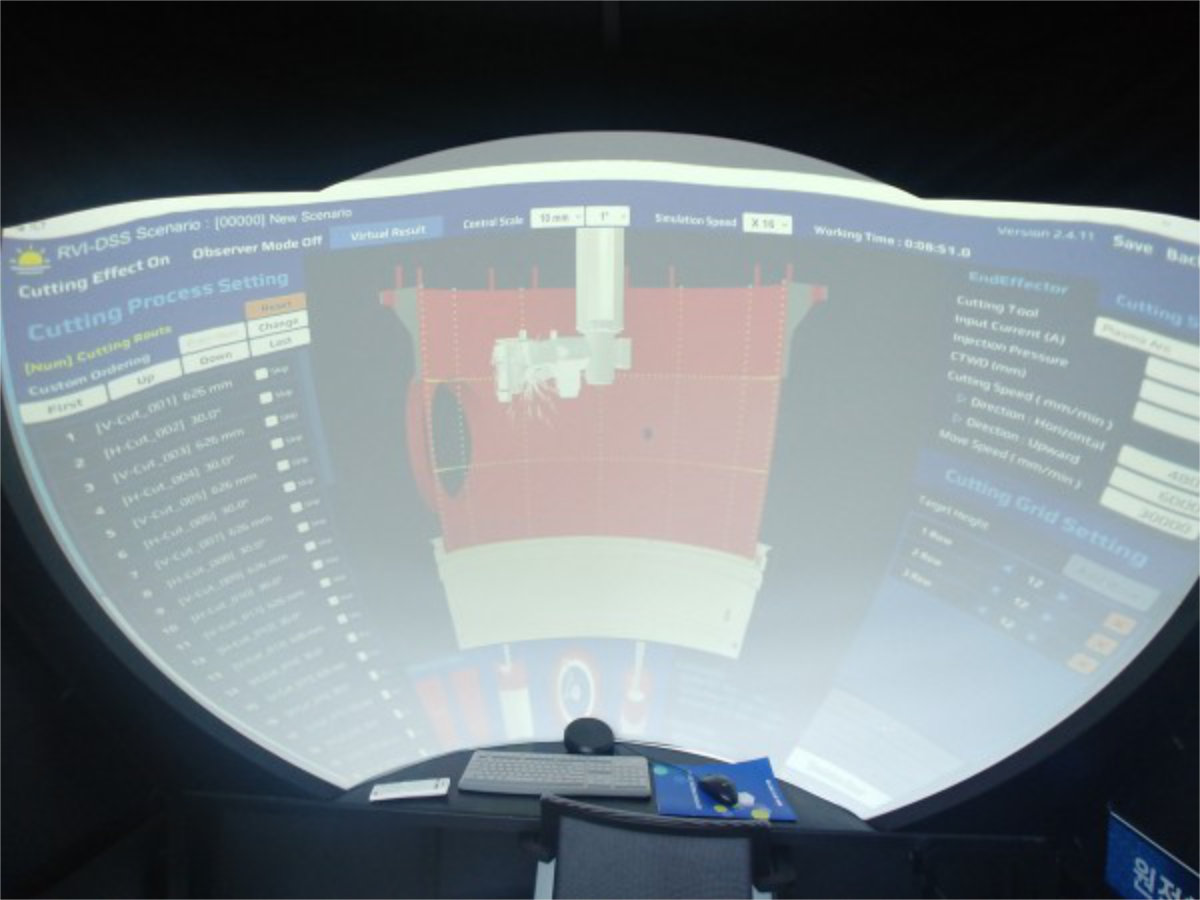 A remote virtual training simulator has been developed in South Korea to teach how to use lasers and plasma to cut underwater reactor vessel internals (RVI) to decommission nuclear power plants.

The research team led by Dr. Jeong Suh, principal researcher of the Busan Machinery Research Center (hereafter referred to Busan Center) at the Korea Institute of Machinery and Materials, an institution under the jurisdiction of the Ministry of Science and ICT (President Sang Jin Park, hereafter referred to KIMM), has developed a simulator that enables operators to simulate underwater laser and plasma cutting and to operate equipment in a condition, similar to the actual dismantling environment by virtualizing the remote nuclear dismantling system.

The research team built a database containing the results of underwater laser and plasma cutting experiments and numerical analysis of molten pool behaviour on the basis of the equipment and materials that simulate underwater cutting environment by modelling the RVIs of Kori Unit 1, which was shut down for decommissioning.

In addition, the KIMM research team developed a remote cutting simulation algorithm for an underwater robot, and virtualized radiological elements based on dynamics analysis. The researchers also created a physical environment to perform actual underwater cutting with the development of optimal dismantling process scenario in light of the cutting image of RVIs and radioactivity.

The existing simulator produced in South Korea simulated underwater cutting during nuclear power plant dismantling based on the design of the plant being decommissioned, so it was of limited use in the implementation of physical phenomenon in the event of actual cutting.

On the other hand, the KIMM research team’s newly developed simulator displays the underwater cutting robot and the cut-out image that occur during the underwater laser and plasma cutting. It is a simulator that implements a physical phenomenon in practice considering the virtualization of radiological elements and that enables a remote dismantling training of operators.

Principal researcher Dr. Jeong Suh stated, “Busan Center in KIMM expects to contribute to establishing the facilities of simulation training for nuclear decommissioning, as the Center is located near the Kori Nuclear Power Plant, so the nuclear decommissioning research institute and our centre can cooperate more effectively. We will lay the groundwork for the development of the world’s best remote dismantling system.”