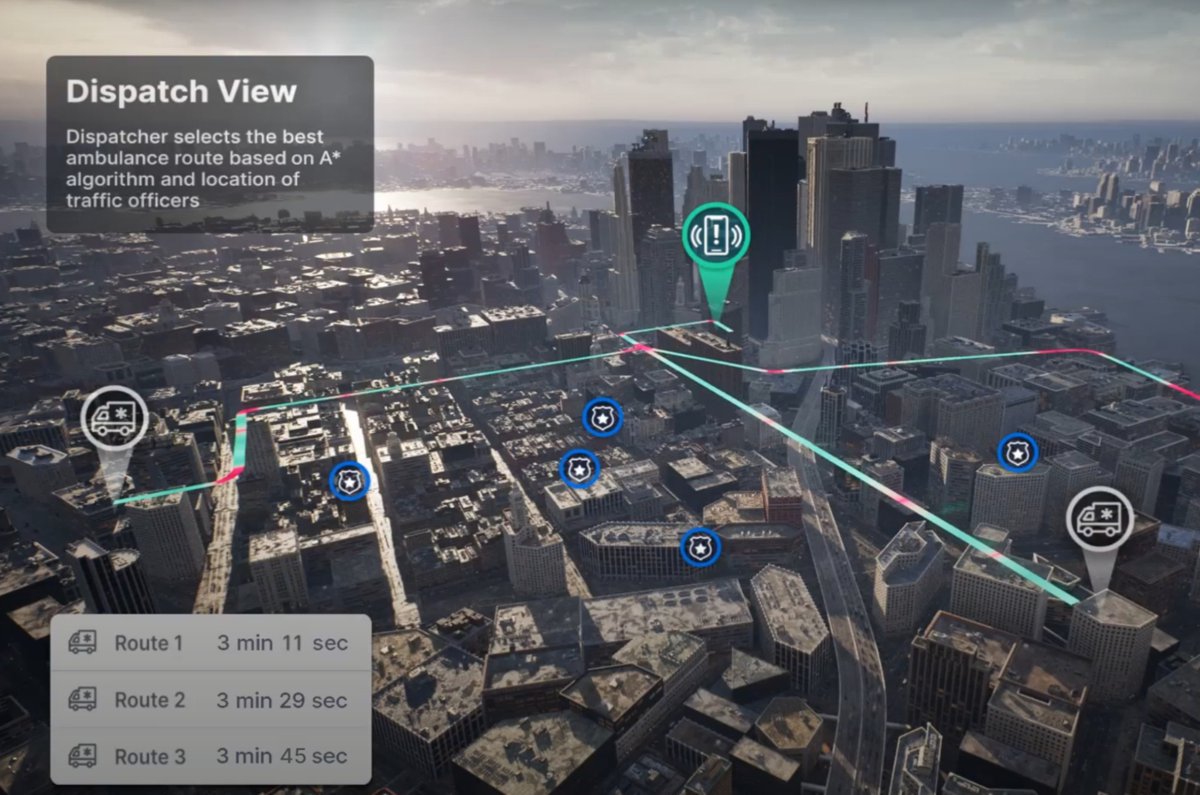 Until now, simulation has generally involved a trade-off between scale and fidelity. Simulating large swaths of the physical world requires vast computational resources, which limits the scale of feasible simulations.

In this demo, a semi-autonomous, teleoperated Emergency Medical Services (EMS) unit navigates a metropolis with over one million simulated vehicle and pedestrian agents, while coordinating its path with traffic information and assisting ground units. Conventionally, this type of resource-intensive simulation would be subject to the limitations of available local hardware. But with AWS SimScape Weaver integration, Falcon’s full capabilities can run at an increasingly larger scale while the available computational resources scale up with the spatial simulation’s needs on AWS infrastructure.

“Our demo offers a successful proof of concept of how such a simulation can be implemented,” states Duality’s CEO, Apurva Shah. “The EMS use case demonstrates high fidelity physics, photoreal rendering, virtual sensors, and real time performance with over a million concurrent agents.” And since Falcon employs Epic Games’ Unreal Engine to power realistic 3D environments and visualize data with a high level of accuracy, it also leverages vast collections of Unreal assets – a benefit for efficient simulation deployment.

Mr. Shah emphasizes that: “Falcon with AWS SimSpace Weaver can now take digital twins of environments and systems developed for the Unreal ecosystem and make them instantly available for massive scale simulation.” 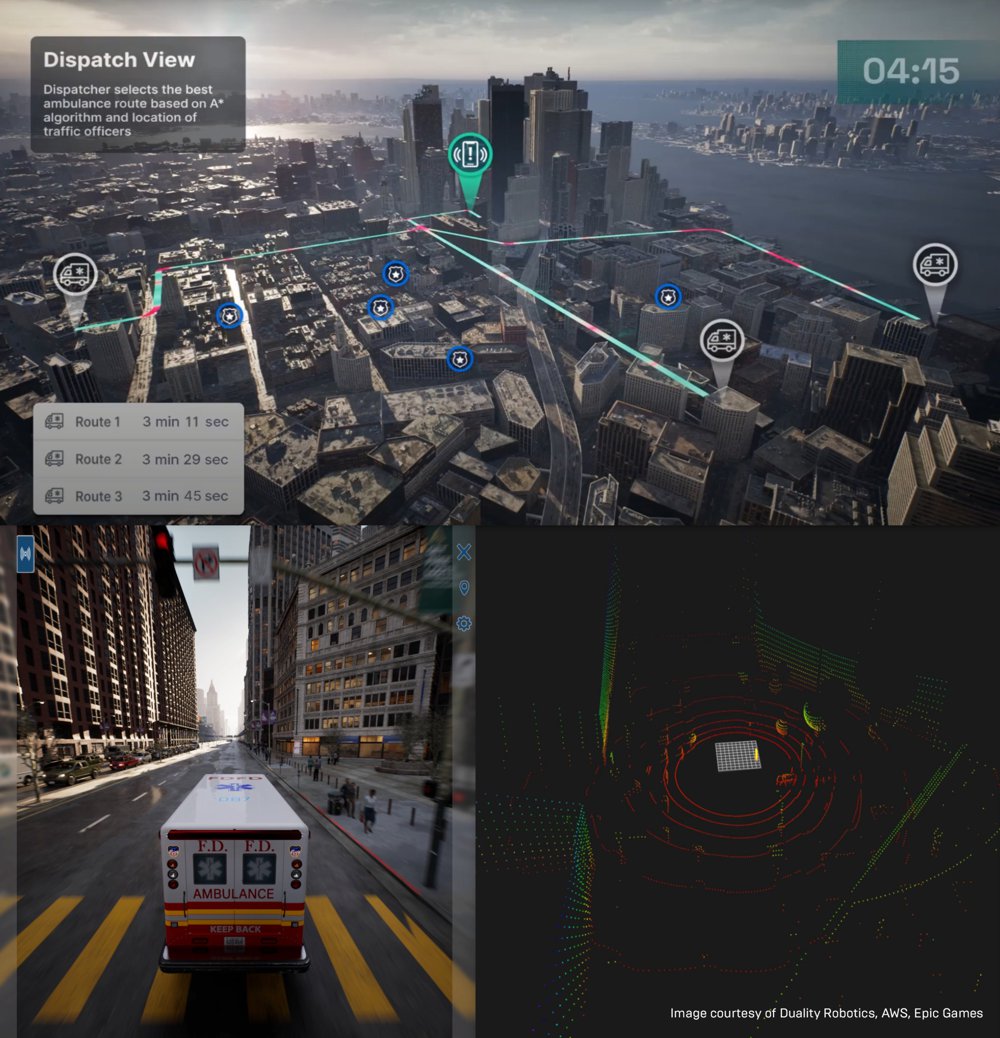 In addition to the AWS re:Invent 2022 premiere, the demo will also be showcased at The Interservice/Industry Training, Simulation and Education Conference (I/ITSEC – November 28 to December 2, 2022). The demo will be presented at two locations: by the AWS team (booth 531) and the Epic Games team (booth 1815).