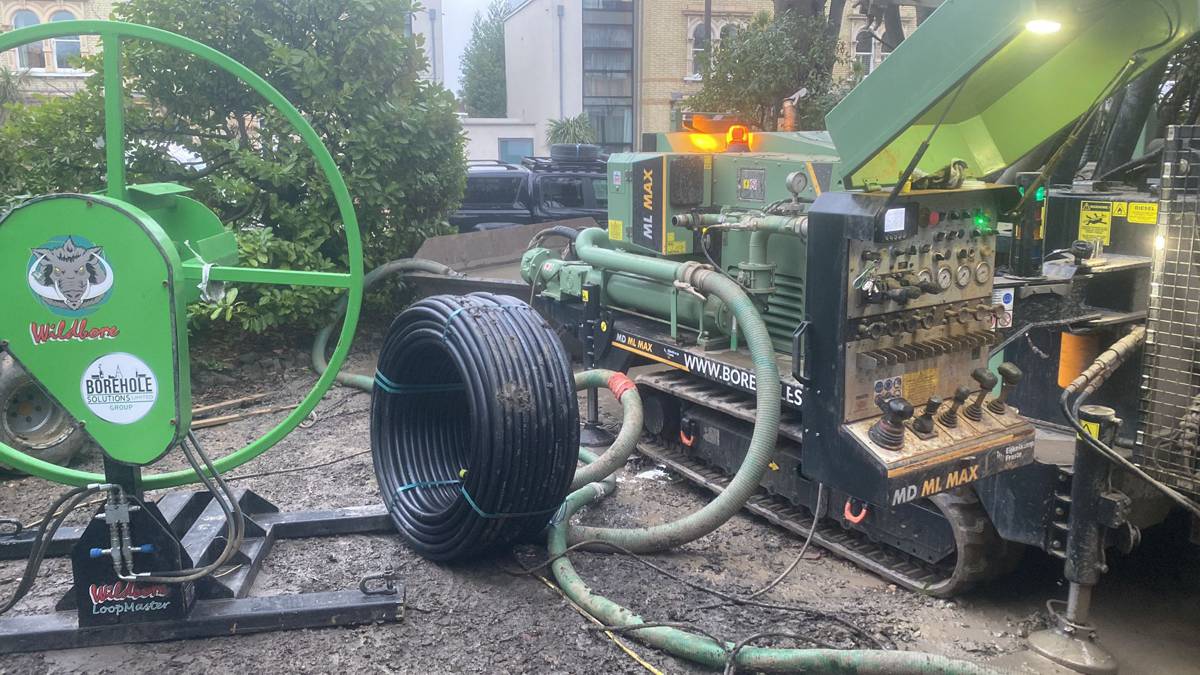 The importance of Geothermal Drilling and Sustainable Energy

The importance of Geothermal Drilling and Sustainable Energy

As organisations, people, and governments alike continue to search for new ways to minimise their carbon emissions, the topic of renewable energy has once again climbed back into the spotlight, with the UK government requiring all greenhouse gas emissions to be brought to net zero by 2050.

To that end, the popularity of alternative renewable sources – such as solar, wind or hydroelectric plants – are increasing in frequency around the nation, but it is geothermal energy that presents arguably one of, it not the most advantageous source of clean energy available.

What is geothermal energy?

“Originating from the Greek words geo (earth), and thermos (heat), geothermal energy uses the heat stored inside the earth’s surface in the generation and provision of clean energy, on a consistent, year-round basis – something other substitutions, namely solar and wind power, fall short in. In fact, 90% of Iceland’s annual heating demand is supplied solely from geothermal energy sources. With heat making up approximately 50% of the UK’s total energy consumption, geothermal energy has a vital role to play in the future of the UK’s carbon neutrality.”

The role of ground-source heat pumps in geothermal drilling.

“Geothermal energy is primarily used for heat production – particularly within a residential setting – and is typically achieved through the use of ground-source heat pumps (GSHPs) or direct heat exchange technology. GSHPs work by installing a series of loops underground within a vertically-based borehole or horizontal pit, and then circulating water or antifreeze throughout the pipes. As this is pumped around, heat from the earth is absorbed and passed through a heat exchanger, as to provide the energy in a practical form.

“Whilst the installation of GSHPs involve many aspects similar to that of geothermal drilling, it does differ by dint of its scale. With a focus on corporate and national applications, geothermal drilling takes the concept of GSHPs one step further, relying solely on the heat stemming from deep inside the earth’s core, far exceeding the shallower depth of up to 250m that geothermal heat pumps operate within.”

How geothermal drilling helps in creating a sustainable future.

“Furthermore, unlike your typical fossil fuels, which are estimated to be fully depleted by the end of the century, geothermal reservoirs within the earth are naturally replenished, lasting billions of years without issue. Assuming this is managed correctly, the energy extracted from the source can be balanced with the rate in which the heat of the rock renews itself, with the impact on the environment almost non-existent.”

Can ground-source heat pumps save you money on your energy bills?

“Especially in today’s climate, with energy bills as high as they currently are, using geothermal energy for your heating – as opposed to oil, gas, or electricity – can help you to mitigate some of the largest financial drains you face on a yearly basis. Whilst the cost of installing a GSHP can range from between £10,000 and £20,000, depending on the scale and complexity of the project, a significant amount of this cost can be avoided due to the Renewable Heat Incentive (RHI) payment scheme offered by the government to those looking to produce ‘green heat’. The exact amount varies from building to building, but the total quarterly payments are far from insignificant.

“ In fact, it often makes the installation of a GSHP preferable over other domestic heating options, with there being many reported cases of households saving as much as 30-70% off their annual energy bills – something that we could all do with in this day and age.”