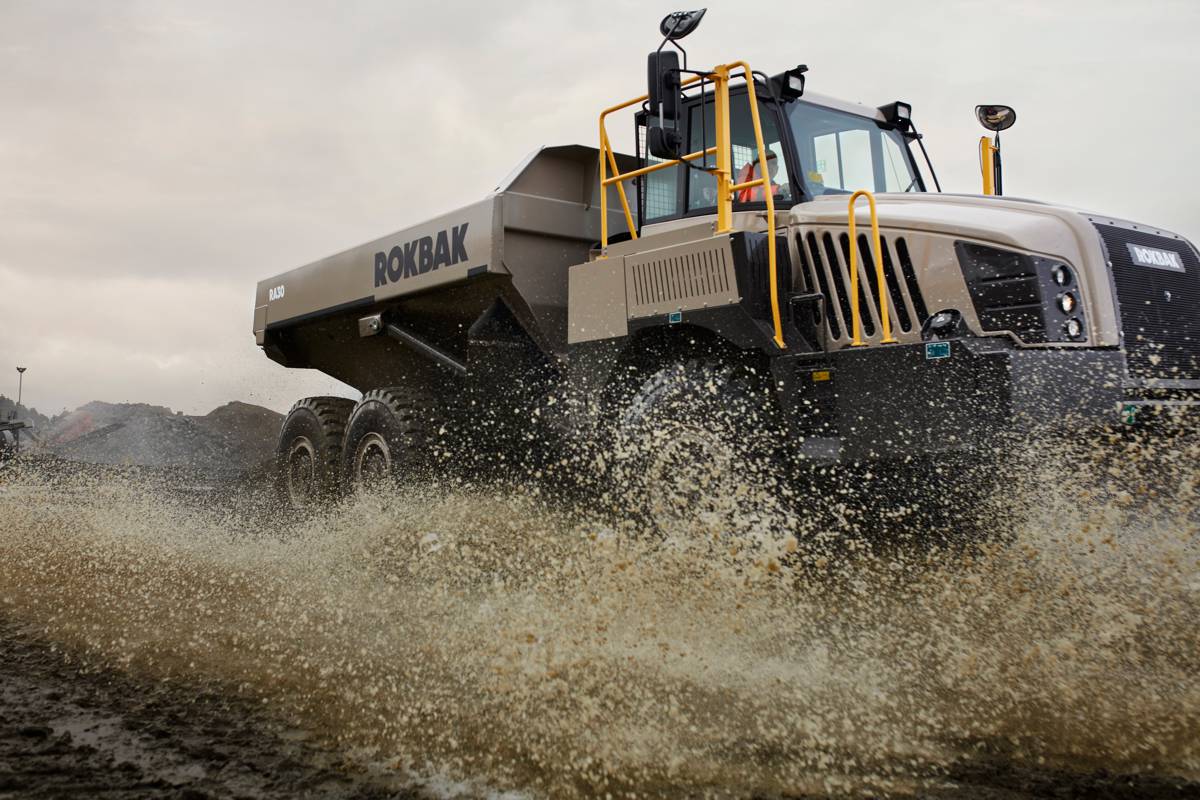 Rokbak expands into France and Germany

Rokbak expands into France and Germany

Scottish articulated hauler manufacturer Rokbak has its eyes set on growth in key territories – two of which are France and Germany. Following the company’s successful rebrand in September 2021, Rokbak has strengthened its team with around 200 new employees joining the company in the last year. One of those is Paul Culliford, Regional Sales Manager EMEA.

“France and Germany are historically strong markets for us,” explains Paul. “We are seeing an increase in demand and we are currently looking to expand our dealer network in France and Germany to support our customers and strengthen our presence in these important hauler markets.”

One of the prominent projects on the radar in Western Europe is the rail connection between France and Italy, a collaboration partly financed by the European Union. The Turin–Lyon high-speed railway is a rail line under construction between the cities of Turin and Lyon. It is intended to link the Italian and French high-speed rail networks and will be 270 km (170 miles) long.

The core of the project is its international section, which will cross the Alps through the Mont d’Ambin Base Tunnel between the Susa Valley in Piedmont and Maurienne in Savoie, at 57.5 kilometres (35.7 miles), it will be the longest rail tunnel in the world. The estimated total cost of the line is €25 billion and it will involve extensive earth-moving and construction.

“This is exactly the type of project Rokbak’s RA30 and RA40 are designed for,” says Paul. “Large infrastructure projects require robust and reliable equipment that delivers high productivity and low total cost of ownership in tough conditions.”

Rokbak already has machines working on French and German job sites. In Germany, an RA30 is working at a gravel pit for earthworks specialist Erdbau Schrader, the machine was sold through one of Rokbak’s German dealer’s, Klarmann-Lembach.

“It’s been great to spend time visiting our French and German dealers and customers,” says Paul. “A couple of our dealers have recently held open days and it has been nice to get feedback on the new brand and talk to customers about why there has never been a better time to buy a Rokbak articulated hauler.”

One of Rokbak’s French dealers, Framateq, which covers the south east of the country, recently inaugurated a new site in Perpignan. And the Manu Lorraine Group, which covers the north east, held an open day Walygator Park in Maizières-les-Metz. Paul also attended the French Mineral Industries Society (SIM) exhibition together with Framateq in October.

“Rokbak’s articulated haulers are reliable, simple to operate and easy to maintain,” says Mathieu Godard, President of Framateq. “They are fuel efficient and deliver low total cost of ownership, which is what our customers want. We have a strong articulated hauler market in France and we have recently opened a new site to better support our customers and expand our operations, so it’s great that Rokbak is prioritising our market and sees the same potential as we do for growth.”

A return to Rokbak

Working closely with existing and new dealers and customers is Paul’s priority. With close to two decades of experience in the articulated hauler industry – including a previous tenure with Rokbak before the company rebranded – and possessing a fluency in English, French, German and Spanish, Paul is in an ideal position to work with a multitude of targeted territories as the company looks to expand its operations.

“It’s a great opportunity and an exciting time to come back to Rokbak,” concludes Paul. “Since relaunching the brand, we’ve found that there are a lot of dealers and customers interested to learn more about our articulated haulers, and I’m looking forward to working with them.”