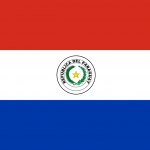 Paraguay contract awarded for Asunción and Coronel Oviedo, and Road 7

A contract was awarded a contract by the Ministry of Public Works and Communications (MOPC) of Paraguay to a consortium led by Sacyr Concesiones, which includes Mota Engil and Ocho A for the construction and operation of Road 2 – between Asunción and Coronel Oviedo, and Road 7 – linking Coronel Oviedo and Caaguazú.

Ocho A S.A. is Paraguay’s leading civil engineering company that has built roads, bridges and sewer systems for the last 30 years and is expanded its engineering and construction activities into more civil and electromechanical works.

The contract covers 170km of roads, which will be widened, improved, operated, and maintained by the concessionaire. Five bypasses are also included in the project.

The project is seen as a development vital to the country’s growth as 70% of Paraguay’s economic activity is concentrated along the road corridors.

The roads have a planned construction investment amounting to US$520m and are set to bring in revenue of US$1.47bn over a 30-year concession.

This is the first road project under the new Public-Private Alliance Law of Paraguay.