ELE International has launched the AUTO Soils Consolidator (ASC), which is the company’s latest addition to the ELE Soiltest PRO range of advanced soils testing equipment.

“By automating the test, we can create new levels of accuracy and reliability in the test results,” says ELE MD Tony Power. “However, a key benefit is that staff are freed for other duties which saves time and money.”

Compressible soils can be subject to long-term consolidation under the loads imposed by foundations and above ground structures, so the one-dimensional consolidation test (Oedometer) is vitally important for many construction projects. Traditional test methods involve manual changes to the loading of suspended weights; often 4 or 5 times, but ELE’s new ASC completely automates the process without the need for a compressor. This means that load resolution is maintained across the full 15kN range.

The ASC is also able to incorporate two external manual consolidation frames, which is a major advantage for laboratories wishing to upgrade their consolidation test capability, without making their manual frames redundant. This will also be useful for educational laboratories needing to demonstrate first principles as well as the latest technology.

The ASC features a large splash proof colour touchscreen which provides tabular displays of logs and calculations, as well as user-defined tables, with on-screen T50 and T90 values.

The AUTO Soils Consolidator has been launched alongside the latest version of ELE’s DataSystem soil test management software (DS8) which is loaded with the latest BS, ISO and ASTM standards. With Ethernet connectivity, DS8 is able to manage up to 16 machines simultaneously, so with a small footprint it is simple to set up and run a comprehensive geotechnical testing facility in a small laboratory. This connectivity also enables users to monitor tests remotely 24/7, and provides an opportunity for remote service diagnostics. 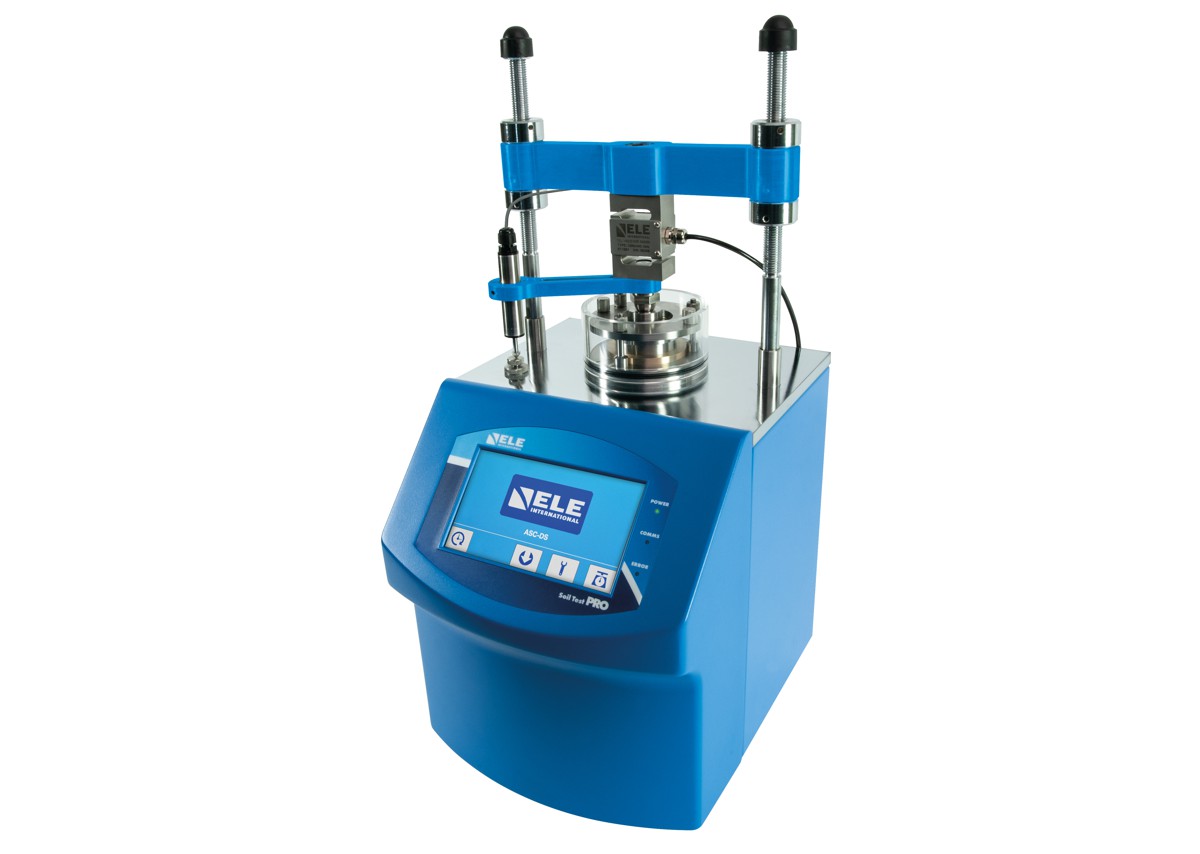 Real-time graphical outputs are available in the DS8 software, and operators now have the ability to make changes to tests as they proceed; target loads for subsequent stages can now be changed after a test has started, without having to restart the test from the beginning.

The reporting capability of DS8 AUTO Soils Consolidator has been significantly expanded over previous versions. For example, users now have the ability to select consolidation plots to be included in the report, and templates can be slightly modified with results presented in an editable pdf format.

Summarising, Tony Power says: “This is great news for soils testing laboratories. The launch of the ASC will substantially improve the efficiency of testing, and the new DS8 geotechnical software will improve the management of a wide variety of tests.

“The ASC is the first in the series of new products in our ELE Soiltest PRO range and I look forward to announcing further launches in the coming months.”