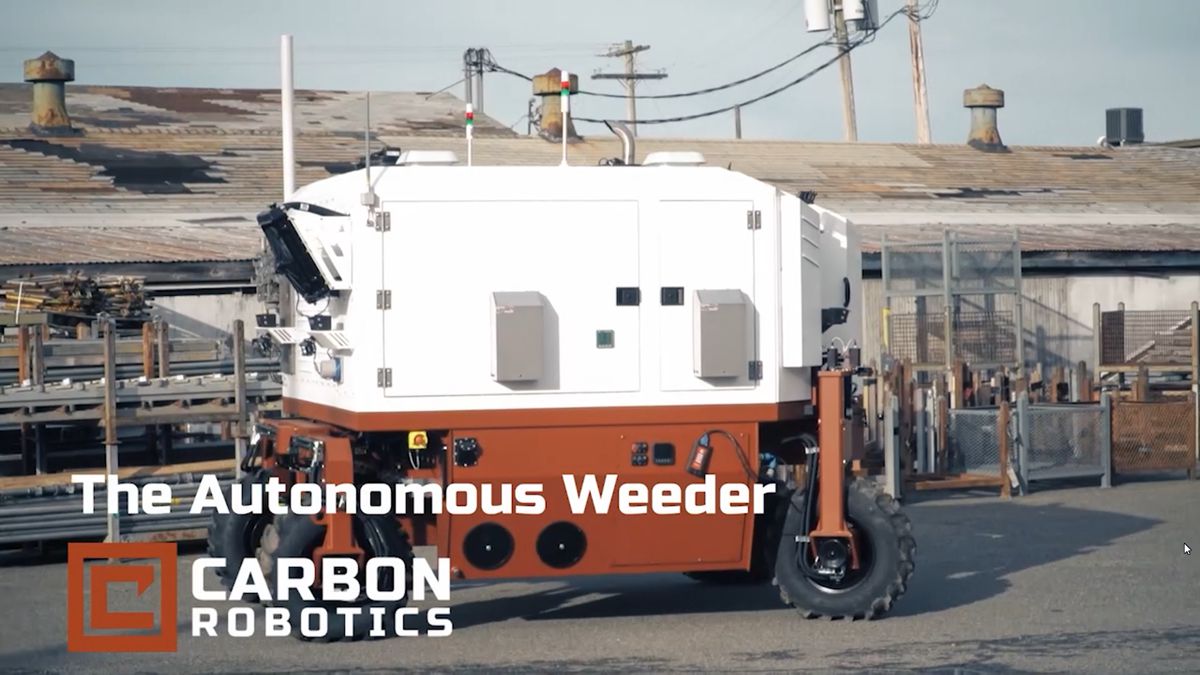 Unlike other weeding technologies, the robots utilize high-power lasers to eradicate weeds through thermal energy, without disturbing the soil. The automated robots allow farmers to use less herbicides and reduce labour to remove unwanted plants while improving the reliability and predictability of costs, crop yield and more. 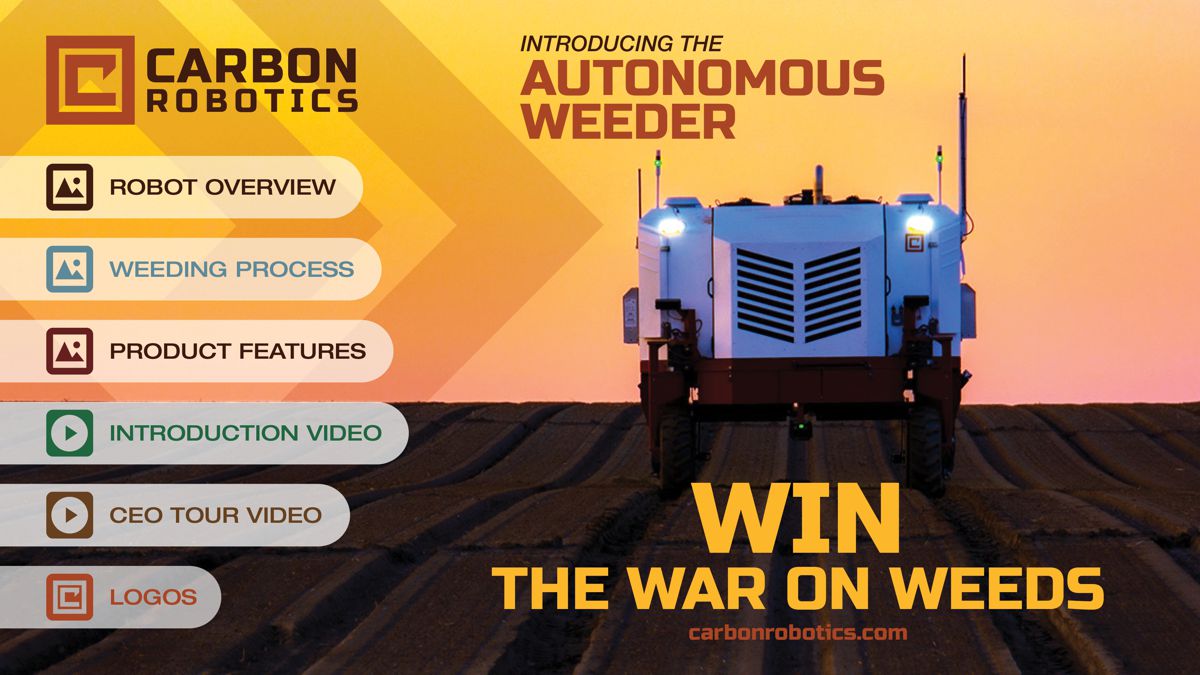 “AI and deep learning technology are creating efficiencies across a variety of industries and we’re excited to apply it to agriculture,” said Carbon Robotics CEO and Founder, Paul Mikesell. “Farmers, and others in the global food supply chain, are innovating now more than ever to keep the world fed. Our goal at Carbon Robotics is to create tools that address their most challenging problems, including weed management and elimination.”

By deploying robots created by Carbon Robotics, farmers will experience the following benefits: 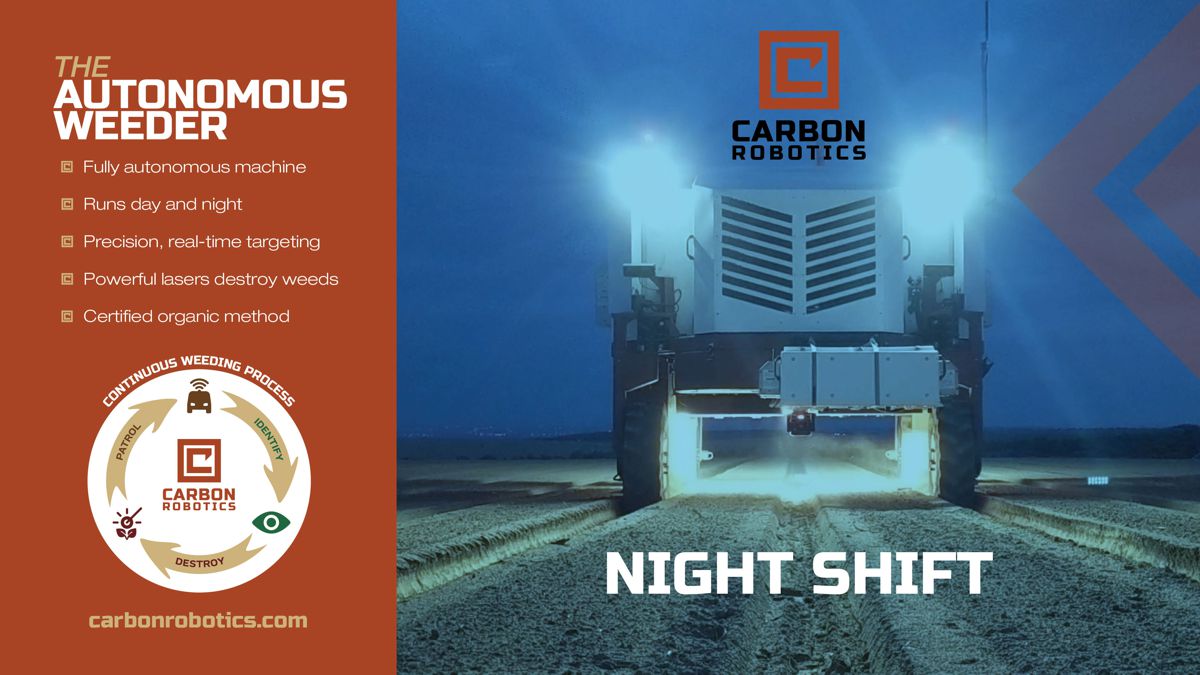 Carbon Robotics’ ground-breaking technology is designed for row crops with 200 acres to tens of thousands of acres. A single robot will weed 15-20 acres per day and replace several deployments of hand weeding crews.

Since its founding in 2018, the company has worked closely with farmers to develop its technology, which supports effective and efficient weed elimination for both conventional and organic farmers. The robots have undergone beta testing on specialty crops farms, working on fields with a variety of crops, including broccoli and onions. 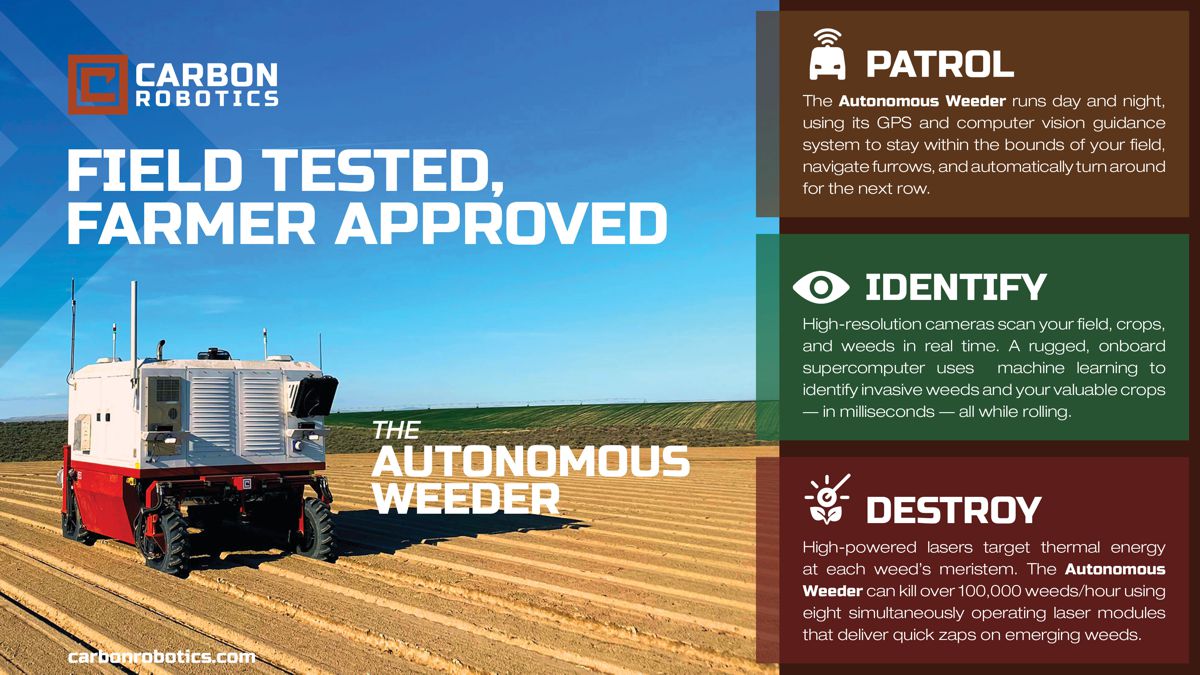 “This is one of the most innovative and valuable technologies that I’ve seen as a farmer,” said James Johnson of Carzalia Farm, who has utilized Carbon Robotics’ technology on his farm. “I expect the robots to go mainstream because of how effectively they address some of farming’s most critical issues, including the overuse of chemicals, process efficiency and labour. These robots work with a variety of crops, are autonomous and organic. The sky’s the limit.” 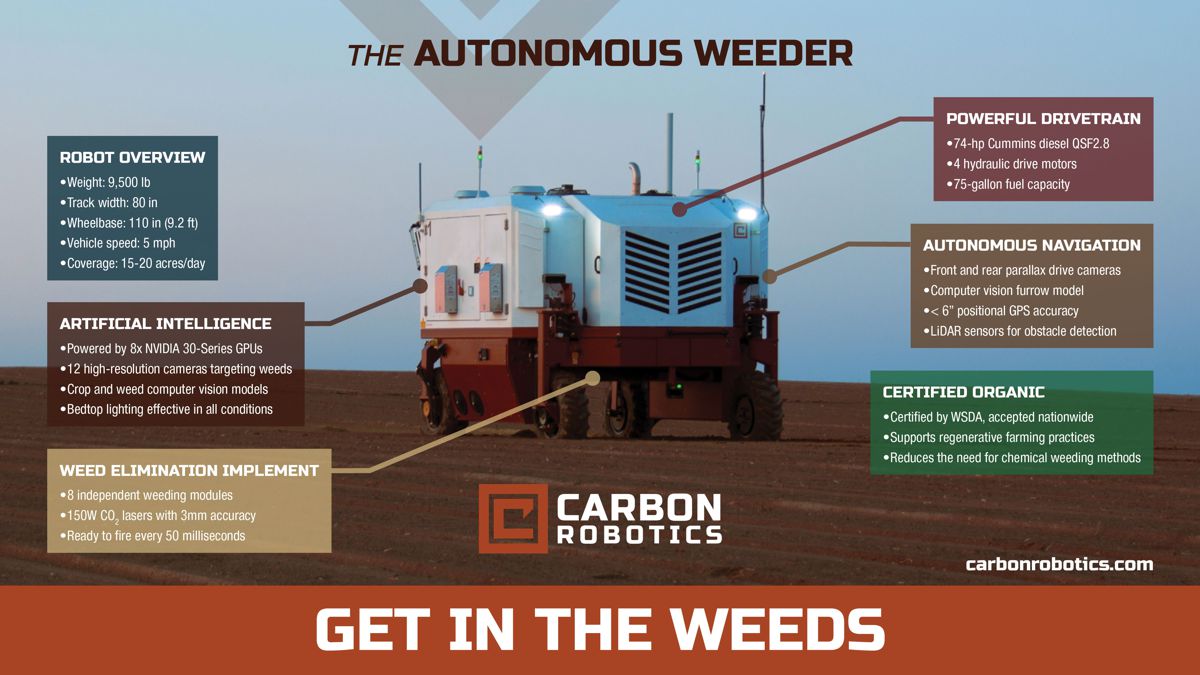 Carbon Robotics’ 2021 models have already sold out, but new models for the 2022 growing season are available for pre-order. Carbon Robotics offers a leasing option, which makes the robots more accessible to smaller farms with less acreage.

The company will continue to explore new robot models and capabilities to help farmers improve efficiency and reliability across a variety of tasks.