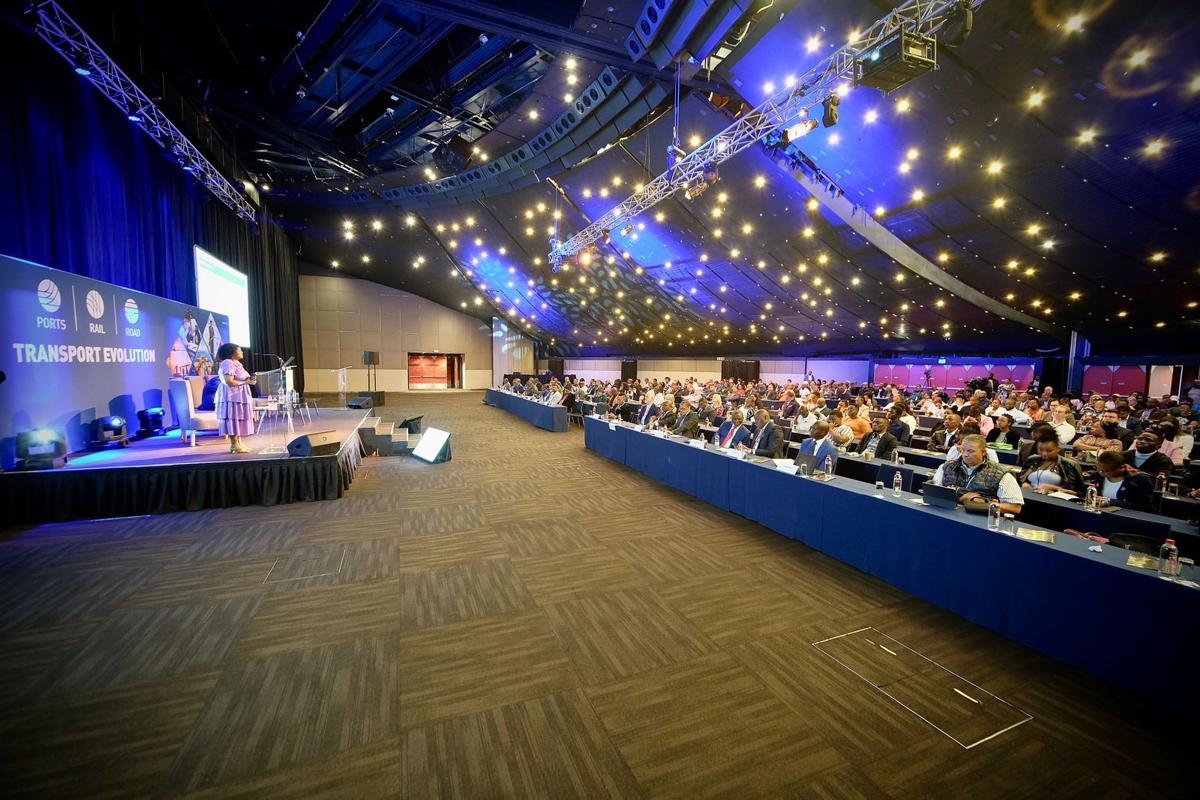 Bridging the gap between transport and energy sectors by reducing the reliance on fossil fuels and investing in cleaner modes of transport is critical for the creation of safer and more sustainable cities in Africa.

This is according to private and public stakeholders from the continent and beyond who gathered at industry event Transport Evolution Africa Forum & Expo in Durban last week to explore opportunities to connect Africa’s transport system through sustainable infrastructure.

Celebrating its 10th year, the trade show has established itself as Africa’s largest transport event, hosting the region’s port, rail and road authorities all under one roof.

Co-located with The Big 5 Construct KZN, as well as several other events including the Women in Transport Awards and The Transport CEO forum, it successfully gave visitors access to the entire African Transport Infrastructure value chain. In addition, the strategic transport forum tackled African Continental Free Trade Area implementation, infrastructure, investments and cross border policies head on, while the B2B networking platform and exhibition gave solution providers the opportunity to showcase their global innovations and products.

Highlighting the transport sector’s contribution of almost one quarter to total global greenhouse gas emissions, Yaa Agyare-Dwomoh, Consultant at Frost & Sullivan Africa said that in South Africa, over 60% of South Africa’s 1.2 million vehicles on the road are diesel-powered, with the remaining powered by petrol. To achieve the energy transformation required for decarbonisation, she suggested the sector would need to rely increasingly on renewable energy sources, such as biofuels, natural gas, ethanol, propane, hydrogen and electricity.

Continuing the conversation of coordinating the transformation of the energy and transport sectors was Dr Marcelo Blumenfeld, an Assistant Professor in Future Transport Systems from the University of Birmingham, United Kingdom, and an industrial fellow for Introducing Innovation at the Birmingham Centre for Railroad Research and Education (BCRRE).

While Blumenfeld admitted that many low-income countries may struggle to economically justify the implementation of electric powered railways, he said that alternative options such as battery and hydrogen were readily available, that provide viable and cost-effective ways to decarbonise railways, by upscaling existing assets without the need for fossil fuels. Using a case study carried out by BCRRE in Tanzania as an example, he illustrated how hydrogen-powered trains could reduce carbon emissions by as much as 10,000 tonnes every year.

Le-Ann Hare, Portfolio Director at leading global events company dmg events and host of Transport Evolution African Forum & Expo, said that overall, the trade show was a categorical success: “We were very pleased to have brought leading industry players from across the world to South Africa after a two-year hiatus and are confident that many valuable connections were made while bringing together like-minded people to learn and share their experiences in developing a sustainable way forward for the transport industry.”