LiquidPiston, Inc., developer of advanced rotary internal combustion engines for diesel and jet fuels, today announced it received a Small Business Innovation Research (SBIR) Phase I grant from the U.S. Army for the development of its X-Engine as a hybrid-electric propulsion platform for UAVs.

The company showcased its X-Engine powered propulsion platform in a successful parallel hybrid UAV demonstration using jet fuel. The company was also named one of 12 winners in the U.S. Army xTechSearch 3.0, a prize competition to award and accelerate innovative technology solutions that can help solve key Army challenges, for its X-Engine configured as a high-efficiency auxiliary power unit (APU). These new aviation applications of LiquidPiston’s X-Engine technology demonstrate the versatility of the X-Engine system and its ability to provide compact, fuel-efficient power for manned or unmanned aircraft using military-grade heavy fuels such as JP8. 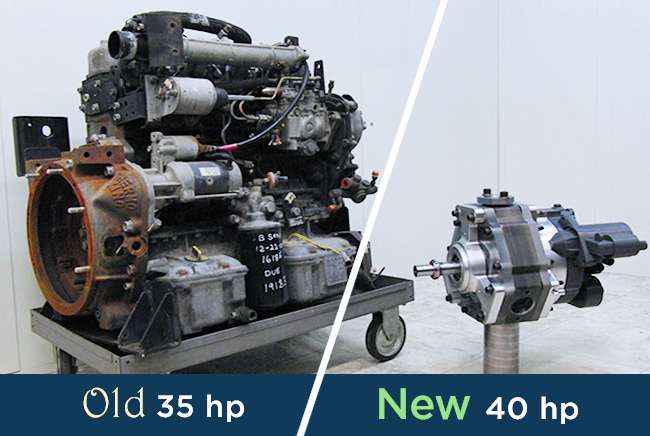 “This SBIR award and xTechSearch 3.0 innovation competition showcases the Army’s interest in innovative, fuel-efficient power sources to deliver the power needed to support Future Vertical Lift (FVL) Modernization Priorities,” said Alec Shkolnik, CEO and co-founder of LiquidPiston. “When we reimagined the rotary engine with the X-Engine, we knew it could be used to improve power generation in a number of different ways, given its high power-to-weight, efficiency, and ability to run on heavy fuel including Jet-A / JP8 fuel which the Army wants to use exclusively. The versatility of LiquidPiston’s X-Engine enables the company to provide hybrid-electric power generation in various form factors, which makes it uniquely suited to serve not just FVL, but all 6 of the Army’s modernization priorities.”

The X-Engine, a rotary engine that operates on the company’s patented High-Efficiency Hybrid Cycle (HEHC), is the perfect power source for a hybrid-electric propulsion platform because of its compact size and fuel efficiency. UAVs with Vertical Take Off and Landing (VTOL) capabilities enable the Army to launch and land UAVs on a small area and set up and stow quickly while the X-Engine hybrid-electric power system allows minimization of heavy, low energy density onboard batteries. The X-Engine, configured as a parallel electric hybrid, also provides UAVs with the unique ability to cruise in “quiet mode” using electric-only power, with the ability to restart the engine mid-flight, enabling more efficient fuel usage and stealthier missions. The ability to do this on jet fuel has not previously been demonstrated in other vehicles currently fielded. 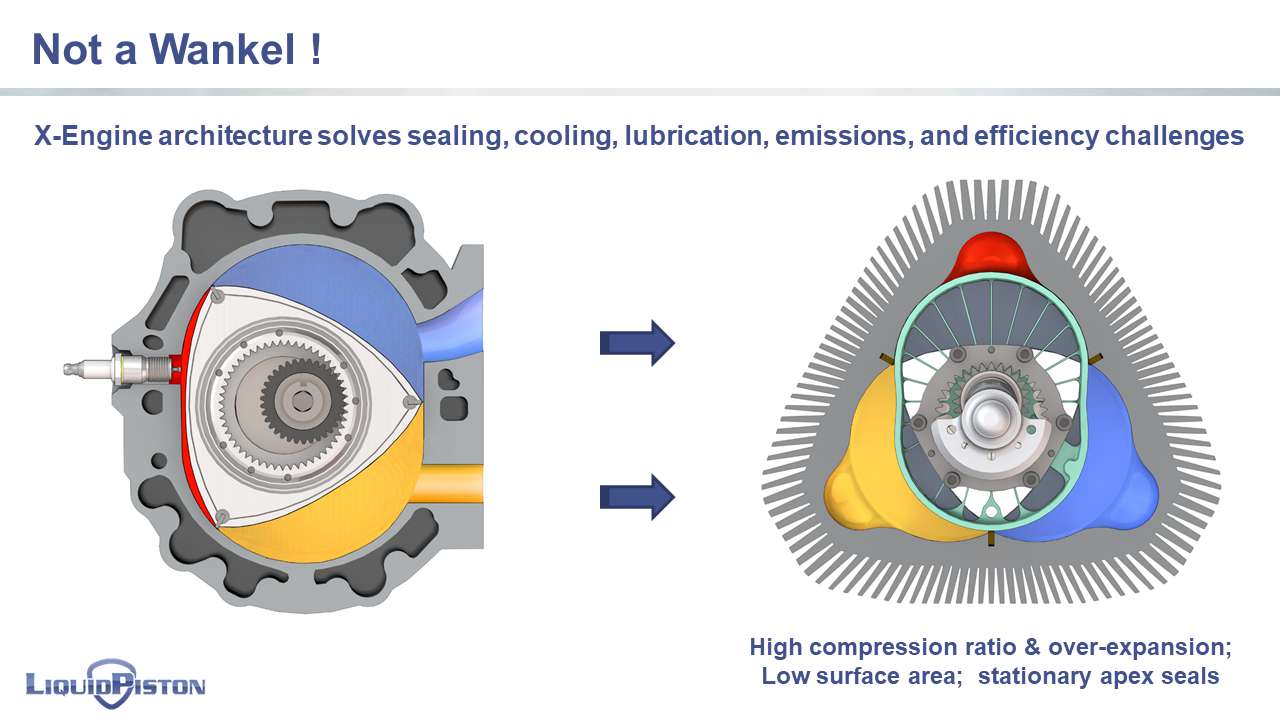 The flexibility of the X-Engine can further be seen with the company’s development of various APU concepts for Army aircraft and land vehicles. The company entered into the xTechSearch competition with a high-efficiency aviation APU concept for rotorcraft. The proposed unit is compact, highly-efficient, and can perform the typical on-ground APU functions but also functions in-flight to offload the main engines in providing supplementary power for hydraulics, heating and cooling, and addresses the increasing power demands of the onboard electronics, weapons and other equipment. In APU applications, the X-Engine approaches the power density and packaging similar to a turbine-based APU, with the efficiency of a Diesel engine. Today’s APU’s are only 5-10% efficient, making them useful for only short periods on the ground. The LiquidPiston APU would offer substantial gains in power and efficiency and offload the main engines, allowing a helicopter substantial gains in range, or adding a passenger or other payload capability.

The X-Engine, when matured and deployed, will help to provide the increasing power requirements for direct and hybrid electric propulsion for the US Army Future Tactical UAS (FTUAS) and other DoD UAS programs as well as Auxiliary Power Units (APUs), Supplemental Power Units (SPUs) and Power & Thermal Management Systems (PTMS) for manned rotorcraft and fixed wing aircraft. 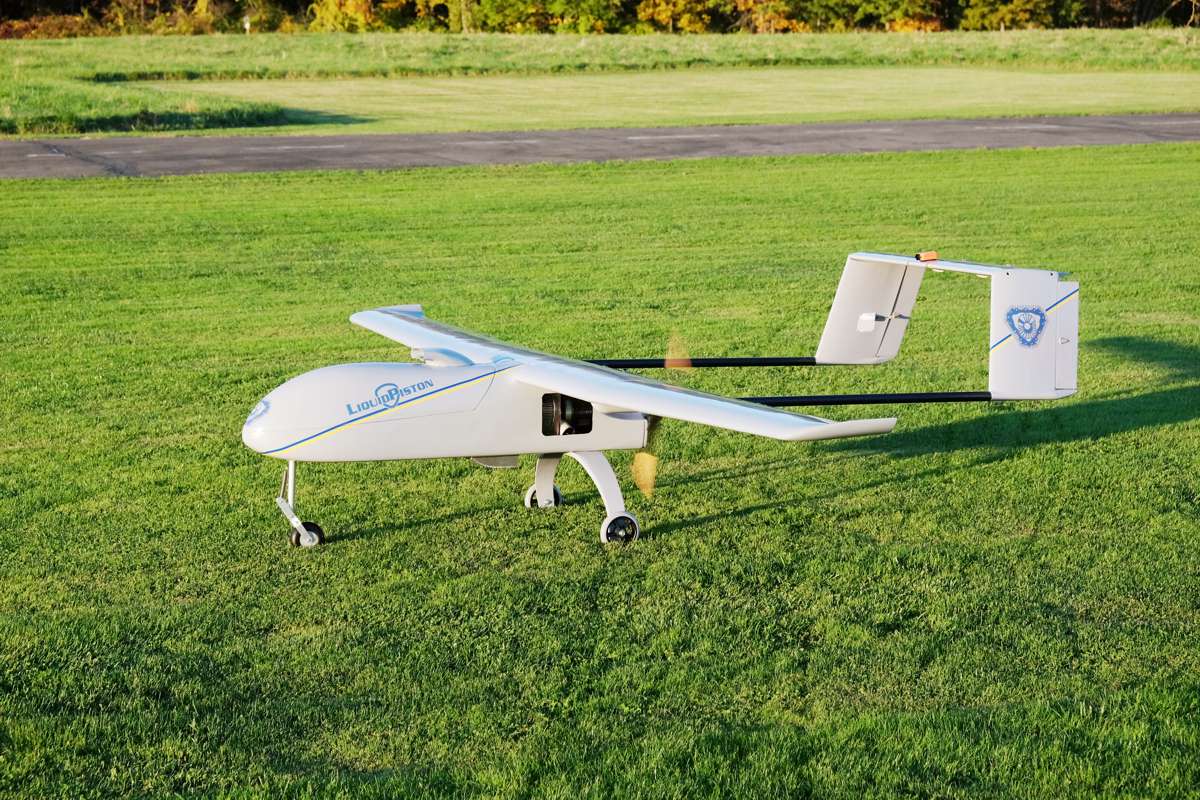 The xTechSearch, or Expeditionary Technology Search competition, was first launched in June 2018 by the United States Assistant Secretary of the Army for Acquisition, Logistics, and Technology (ASA(ALT)), which serves as the Army Acquisition Executive. The competition is a four-phase catalyst for the Army to engage with the community of innovators such as LiquidPiston.