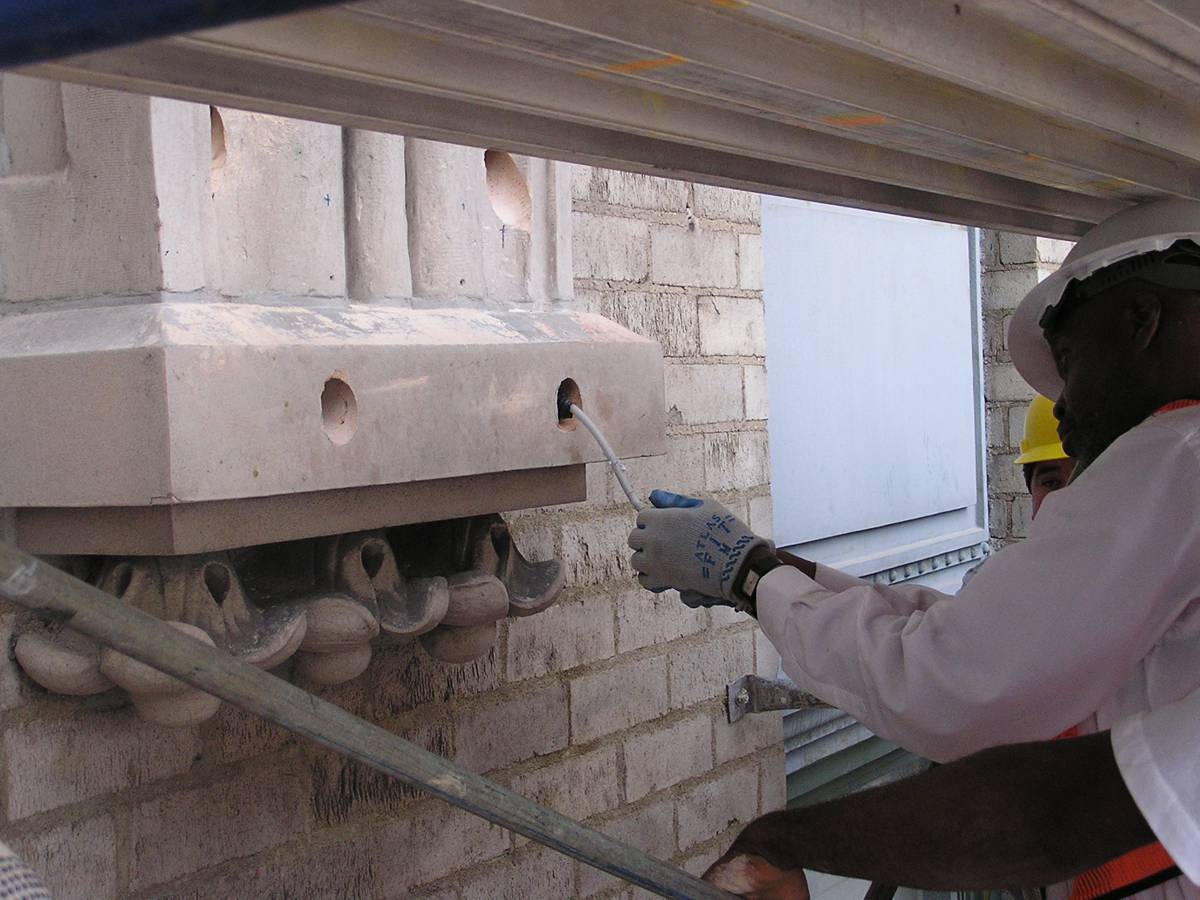 The Helmsley Building, 230 Park Avenue, NYC is a “recognized iconic asset” to the New York City Skyline. Located in midtown Manhattan, the building was built as a Beaux-arts style building in 1929, and the property strategically straddles Park Avenue at 46th Street and offers a direct connection to Grand Central Station.

It was acquired in 2007 for One Billion One Hundred and Fifty Million USD.

The building owners/management had inquired as to replacement cost of these Terra-cotta Brackets and had been quoted prices exceeding 16 Million dollars. By employing the Cintec method of repair, the owner was able to save more than 15 million Dollars effecting by repairs for just over 1 million dollars. 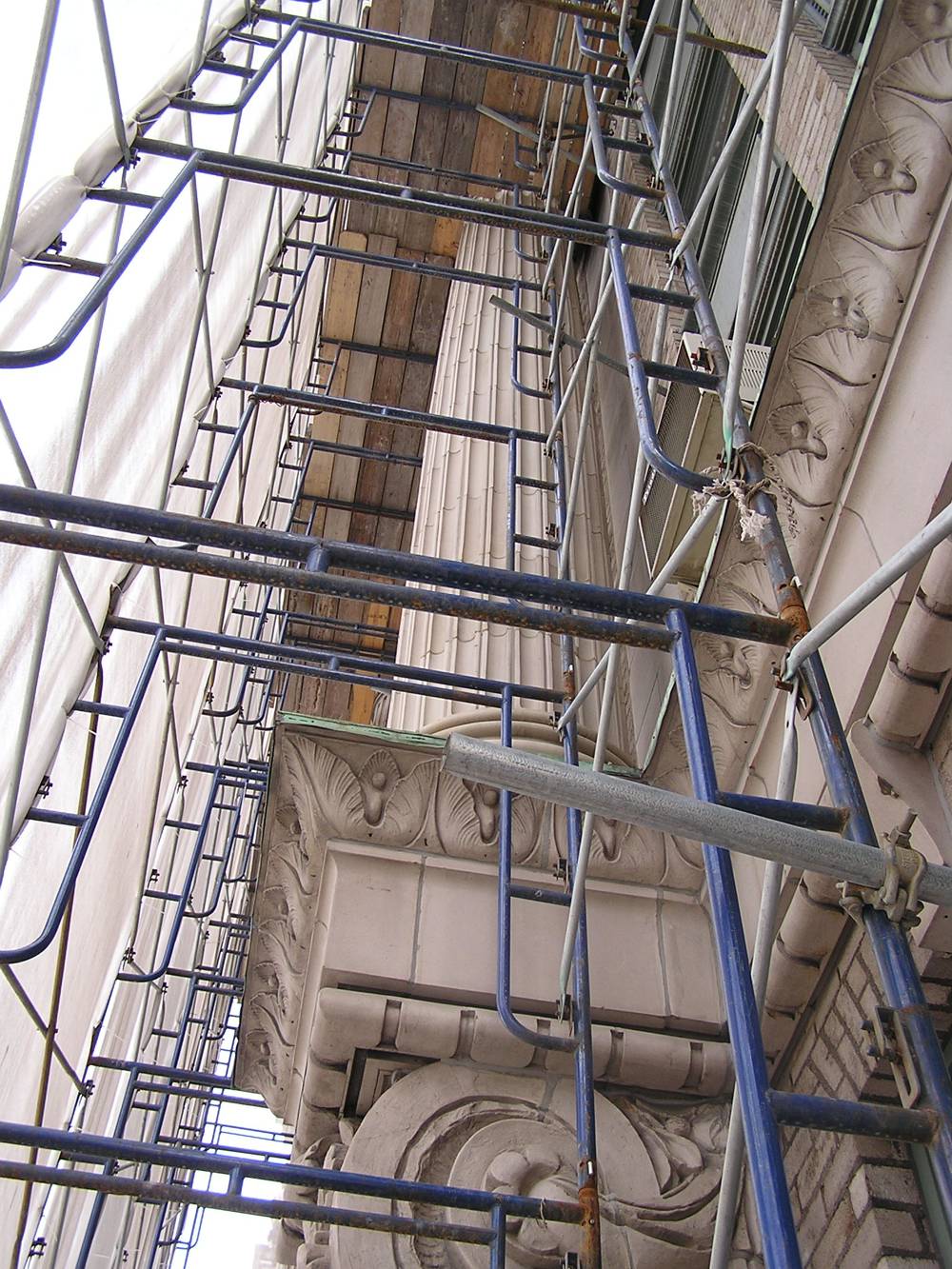 Through exploratory probes and use of a borescope it was assessed that the structure behind the columns (staked brick) was sound, given this assessment it was decided that all that would be needed would be to attach the Cintec Anchoring System to the backup and tie it to front face of stone that was sound in order not only to strengthen the attachment to face but to create additional points of contact in the stone face brackets that were sound.

This was achieved by drilling oversized holes through the face of the stone and recessing the anchor 1″ from face of stone to accommodate a finish patch, thus creating an invisible repair. The ability to tie the face of the original Terra-cotta panels to the back up wall saved the integrity of the landmark building.

By affecting, this repair method as opposed to fiberglass replacement and demolishing landmark terracotta brackets and columns, the owner was able to save more than 15 Million dollars and effect repairs in less than a quarter of the time needed to replace brackets. 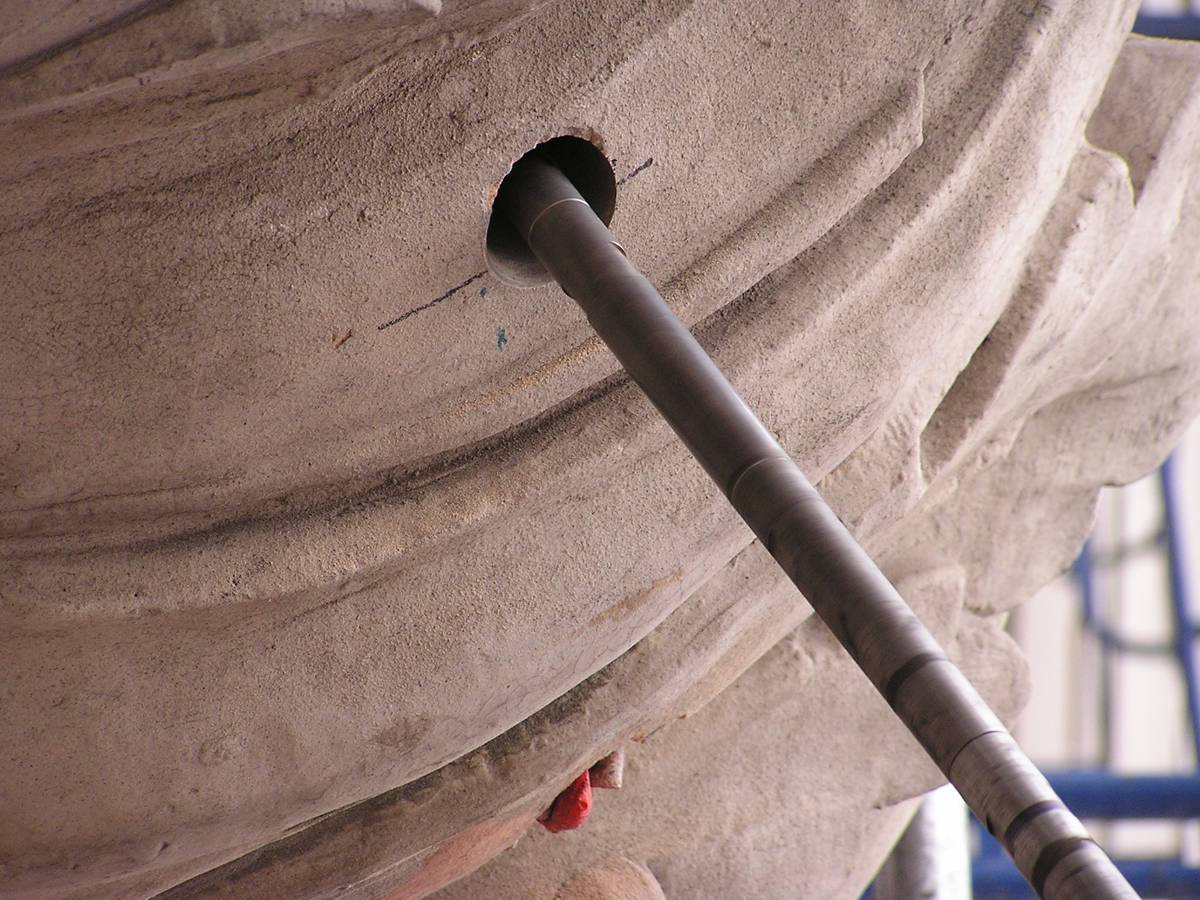