Colourful carpets of grasses and wildflowers are being sown and planted as Highways England looks to get Cumbria Buzzing and encourage wildlife to thrive and create beautiful flower rich corridors to improve journey experience for drivers.

Over the last 70 years the number of species rich grasslands has decreased by 97% in the UK which is leading to a decrease in a variety of insects and other creatures, especially bees.

This month work is due to start on the A1 and A64 in Yorkshire sowing the seeds for next year’s colourful roadside habitats. This follows the success of a similar scheme on the A38 in Devon which has just been awarded the Ciria’s BIG Biodiversity Challenge Pollinator Award 2019. 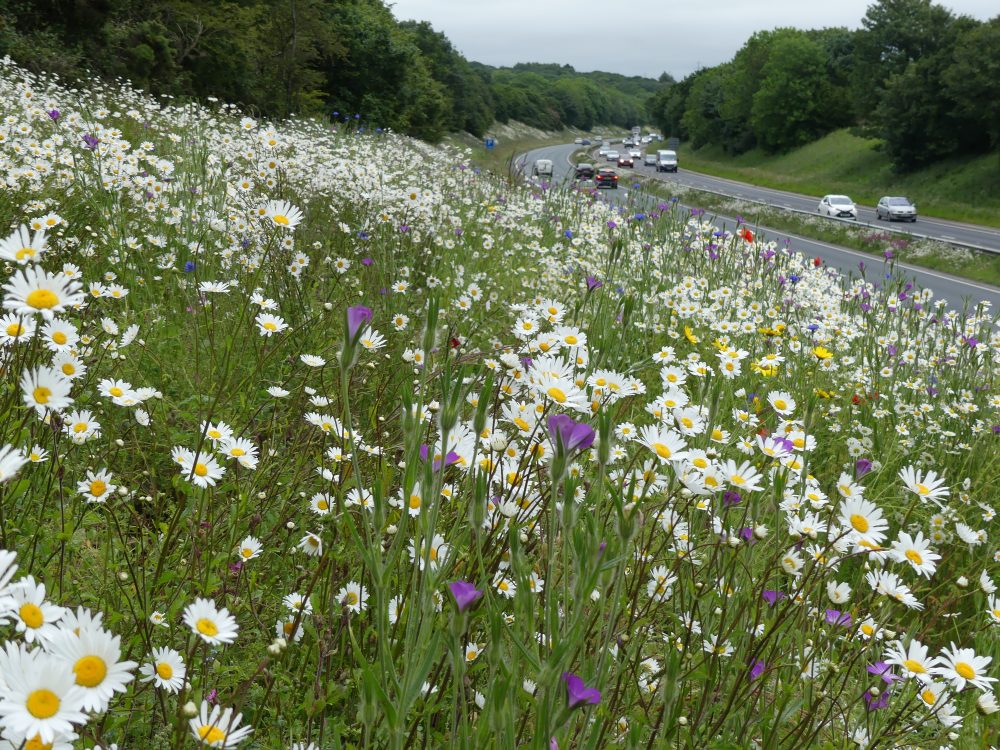 Highways England senior ecologist Leonardo Gubert (pictured below) said: “We’ve already created three wildflower schemes in the South West and further schemes are planned across the country including on the M5 and M4.

“We’re delighted it’s proving so successful as this is a genuine effort to boost biodiversity along our road verges and improve the current state of our natural environment.

“We’re already looking forward to carrying out a full survey next year to see just how many benefits have been brought to our verges and we’re proud to be delivering such an important programme on roadside land.”

The projects aim to connect fragmented areas of habitats, enabling plant and animal populations to move and interact, and so become stronger and more resilient. It follows the news that the charity Plant life has launched its new road verge guidelines which will transform the management of the UK’s verges.

Highways England project manager Andy Barlow said: “The schemes in Yorkshire involve us selectively removing the scrub and brambles that already exist, ready for the wildflower seed and small plug plants. The work is being funded as part of the Environment Designated Fund which helps us to create environmental opportunities alongside our network.”

Grassland species such as black knapweed, red and white clover, common bird’s foot trefoil, meadow vetchling, yellow rattle and oxeye daisy will be sown at locations between Barnsdale Bar and Ferrybridge on the A1 and at six locations along the A64 to allow pollinators to flourish. 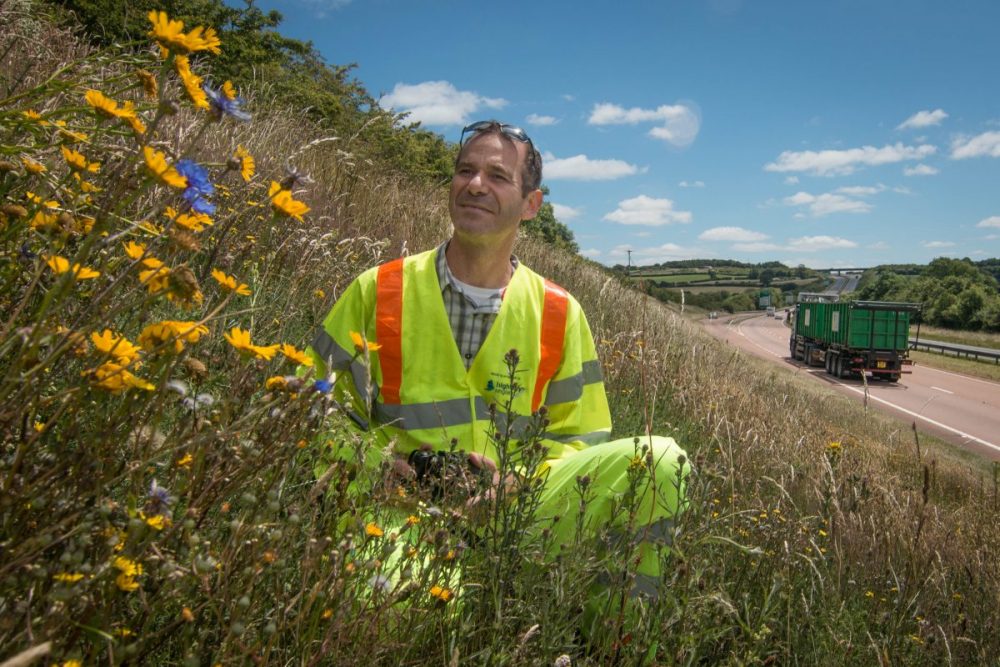 A-one+ Integrated Design Manager, Simon Taylor said: “We’re excited to be able to deliver these environmental schemes for Highways England. We’ve collaborated with wildlife organisations to agree the best locations, the right methods and the correct plant species to make sure we get the best outcome to restore the balance of biodiversity in the area.

“The grassland schemes contribute to the National Pollinator Strategy which is vital for helping pollinating insects survive and thrive and the species rich habitat will noticeably improve the journey for commuters.”

To safely carry out the work the hard shoulder will be closed on areas of the A1M between Barnsdale Bar and Ferrybridge, the work will also require some overnight closures of the slip roads at Wentbridge and Middlefield Lane. Work is due to start on Monday 30 September and last for four to five weeks.

On the A64, the work will take place during October and November. Some of the work will require lane closures during off peak hours to allow contractors to work safely in the verges. This is the second phase of work to improve the biodiversity along the A64 corridor, with some planting and removal work undertaken earlier this year.

Highways England has also been working in partnership with Cumbria Wildlife Trust to enhance wildlife habitats, especially for pollinators like bees, along the grass verges of the A66 and A590.

The Trust’s ‘Get Cumbria Buzzing’ initiative is already improving pollinator habitats at near Penrith and Workington and a new a short animation showing how planting flower seeds, give pollinating insects a much-needed boost was launched this week.

The new guidelines published by Plantlife and produced in collaboration with national highways agencies such as Highways England, industry contractors and other wildlife organisations can be found here.

0 0 0
Previous : Centurion Europe improves on their ratchet strap range
Next : Behind the scenes at the new Jaguar Design Studio