JCB Chairman Lord Bamford has officially opened a new headquarters for one of its most important European businesses in an investment worth around £50 million.

JCB Germany – which was founded in 1965 – is now operating from a brand new facility on a 12 acre site in Cologne following one of the biggest investments in JCB’s history.

The new HQ includes offices for 75 employees and a training centre for use by customers and JCB Germany’s network of dealers which employ a further 2,000 people. 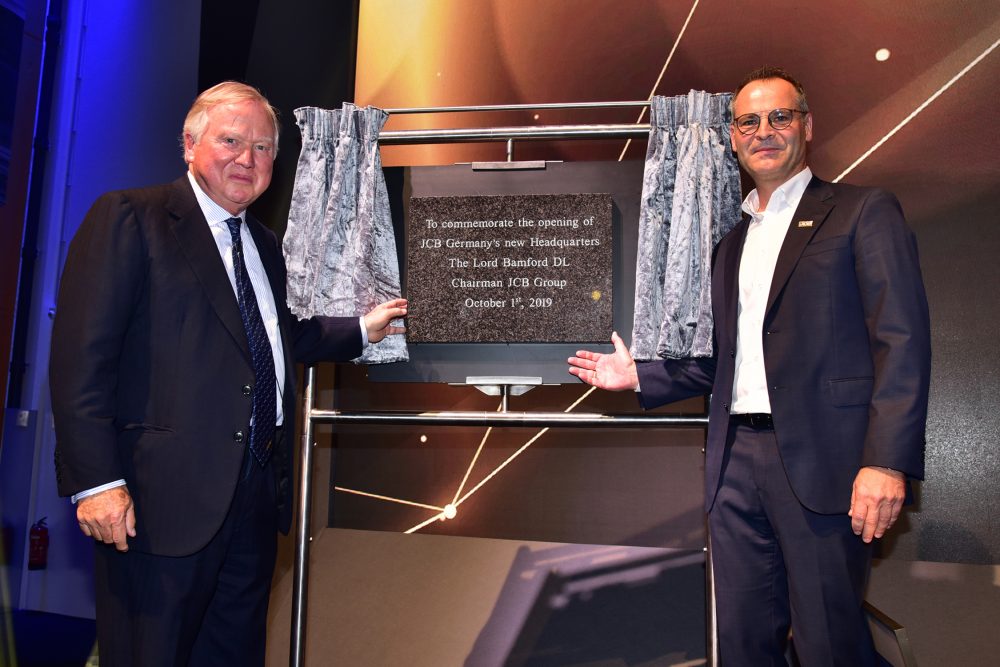 Yesterday Lord Bamford unveiled a plaque to mark the opening during a conference at the new HQ attended by JCB’s largest 50 dealers from around the world. 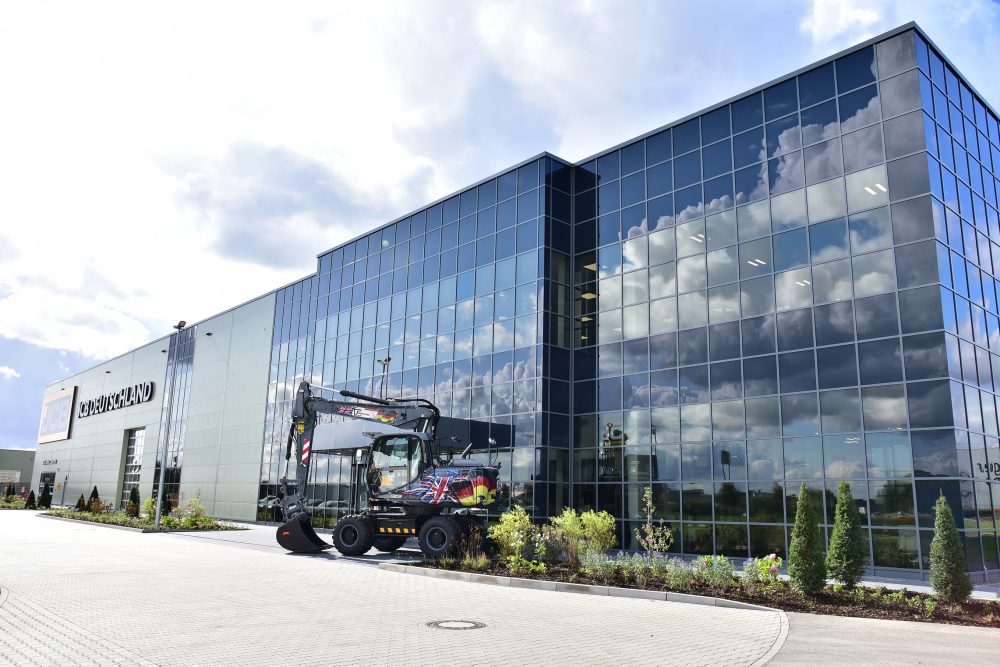 Lord Bamford said: “Europe has been a very significant market for JCB since the 1950s and this facility is a great example of our investment in future growth. JCB has operated in Germany for more than 50 years and it is a crucial market for JCB because it is Europe’s second largest construction equipment market and the fifth largest in the world. This investment will help JCB deliver sales growth in the years ahead.”

The new HQ is triple the size of JCB Germany’s former facility in Cologne and is situated at the heart of Germany’s largest industrial area, the Rhine-Ruhr zone. It has excellent transport links, with the A4 Autobahn connecting the new HQ to the Netherlands and Belgium and the A1 Autobahn linking it to northern and southern Germany. 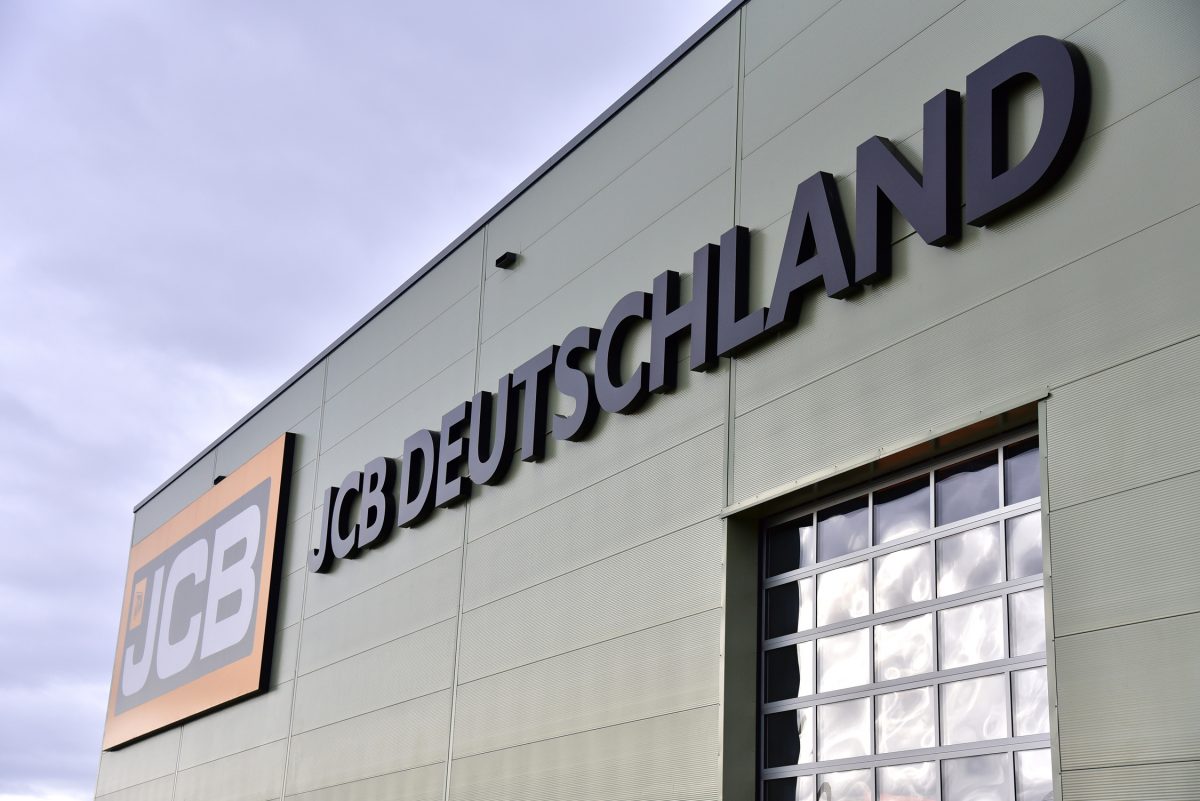 The new HQ – which includes a showroom for JCB’s latest machines – will host 3,000 delegates a year for sales and technical training as well as holding operator training courses in a specially constructed demonstration area for construction and agricultural dealers.