Staffordshire athletes Adam Burgess and Ben Williams have joined their sponsors JCB in supporting the community during the Coronavirus crisis – with a marathon fundraising effort.

Slalom canoeist Adam and British Triple Jump Champion Ben have been inspired by the company’s provision of thousands of meals for needy families, the donation of vital PPE to front line workers and by JCB and its employees volunteering to produce facemasks for the NHS. 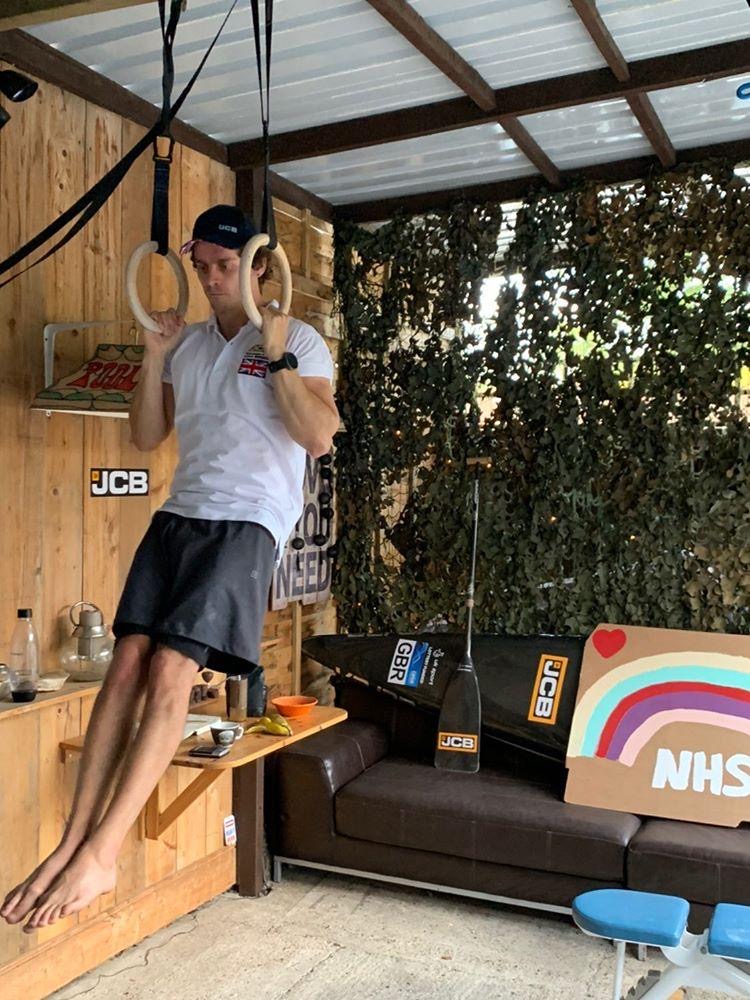 So last night (Thursday) the pair, who are set to represent Great Britain at the summer games in Tokyo next year, decided to put their athletic prowess to good use to raise money for the NHS by lifting a total of 22 tonnes over a three-hour period – the same weight of one of JCB’s biggest excavators.

And their efforts saw the duo smash through their charity target of £2,200 in aid of the Royal Stoke Hospital. Adam completed 340 pull-ups using his own body weight, while Ben dead lifted and squatted 220 times with a 100kg bar. They completed their feat at 8pm just as families emerged from their homes to join in the now customary applause of NHS staff. Ben’s charity bid was almost thwarted hours earlier though when thieves attempted to steal his weights from outside his home – only failing because they were too heavy to lift. 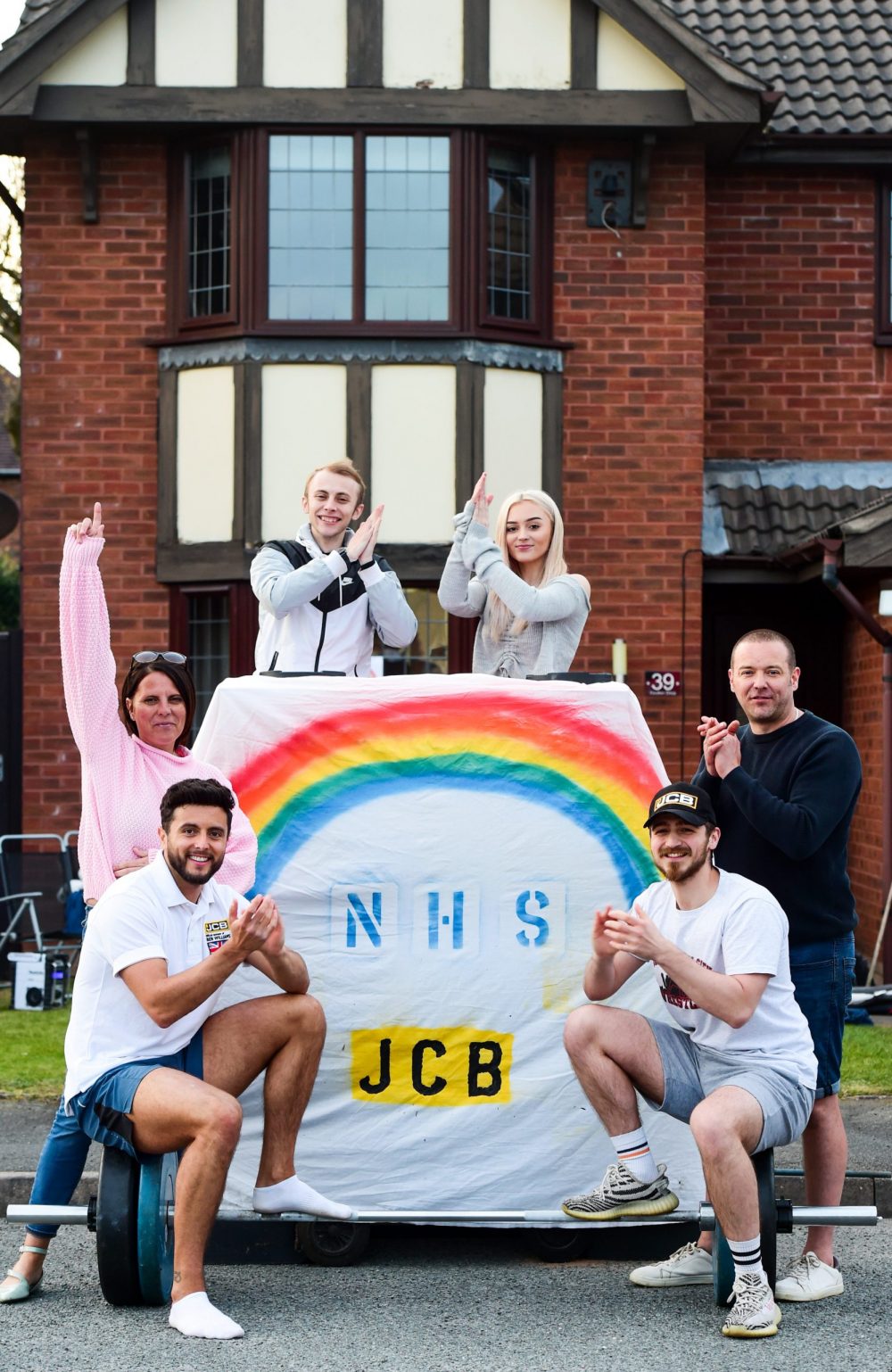 Adam said: “My sport as a slalom canoeist is all about upper body strength but this was still a really tough challenge. Both Ben and I are proud to have a sponsor like JCB, who are supporting the community in such a positive way during the Coronavirus crisis. It’s just brilliant to play our part and support Staffordshire and the NHS.”

Ben said: “It was a difficult challenge but nowhere near as difficult as what the NHS staff are going through at the moment. It is absolutely fantastic to do something to raise awareness of the awesome work that each and every NHS employee is doing at the moment.” 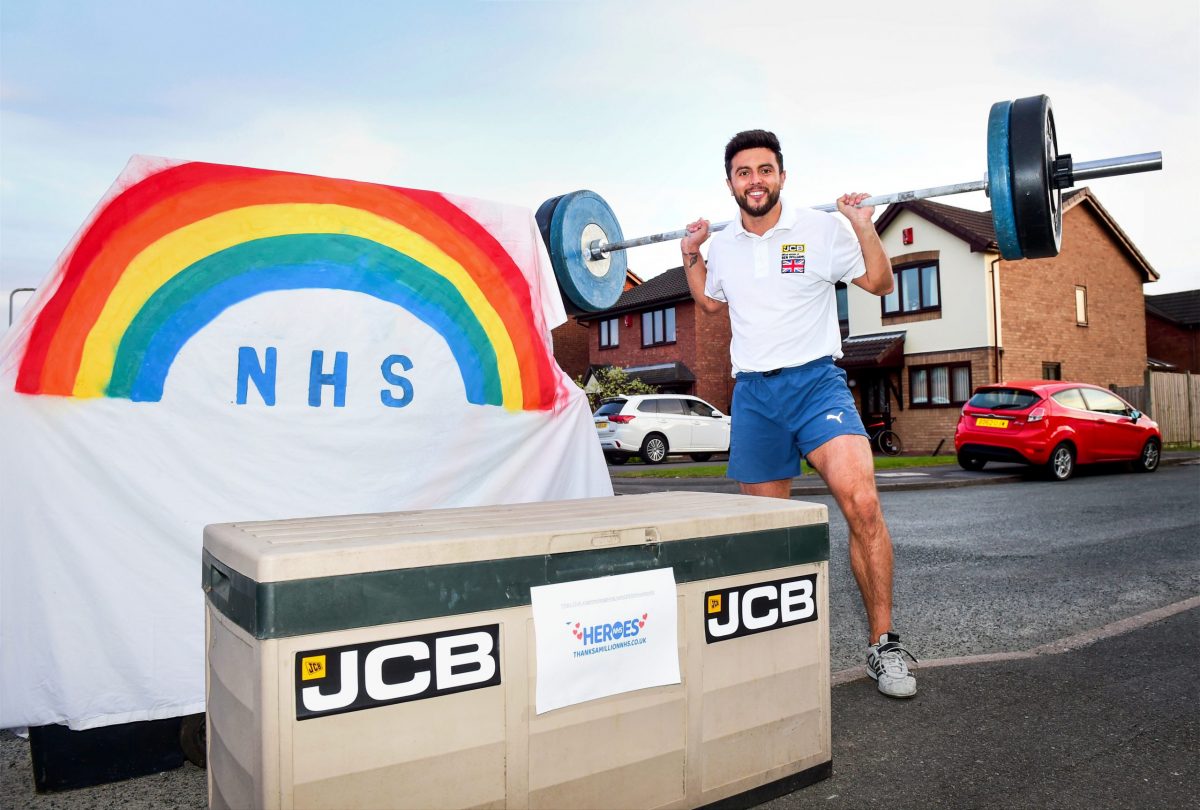 Ben completed his task at his home in Newcastle-under-Lyme while Adam, of Stone, Staffordshire, fulfilled his challenge at his base in London. Thanks to a three-hour link up on social media, they were able to watch and encourage each other along the way.