J D Pope and Sons Ltd has owned and operated a succession of Volvo wheeled and tracked excavators since purchasing their first machine, an EC210B, back in 2001. The company first ventured into reduced swing territory for its plant fleet last year, purchasing an ECR145E. This machine is now joined by its larger twenty-five tonne brother, the ECR235E.

“We’ve been impressed with the performance of the reduced swing excavators when compared to the conventional machines, with the added benefit of being able to work in confined spaces,” says Steve Pope. “A good deal of our work is contracting to the local water authorities, so the ECR235E in particular demonstrates an exceptional lifting capacity, as well as a high degree of stability when handling heavy sewer and man-hole rings.” 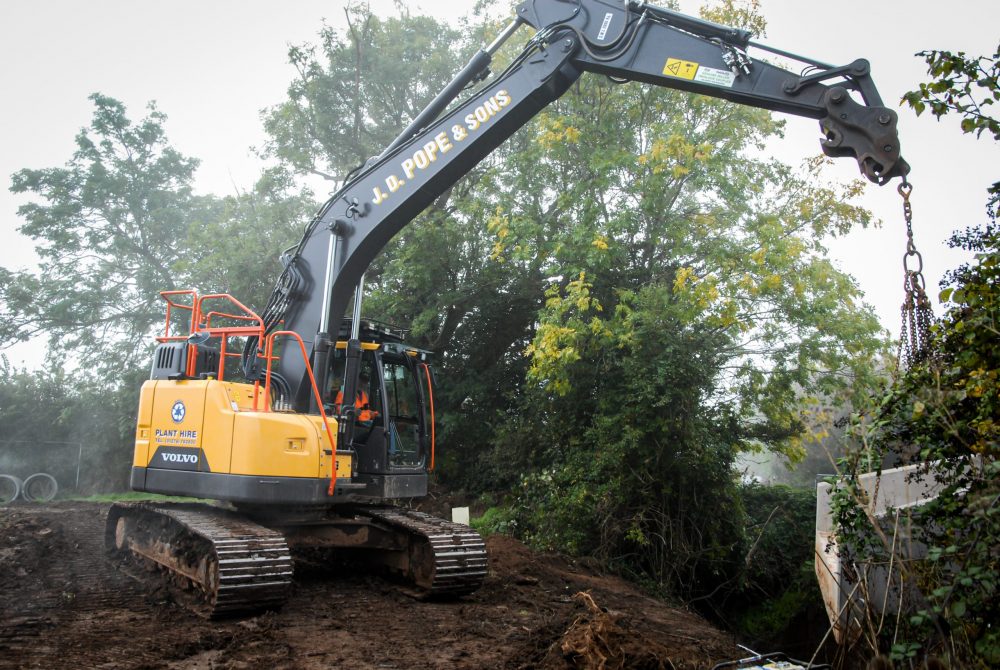 The 15.4 tonne ECR145E is equipped with a Stage V 4-litre Volvo engine, producing 121 hp, while the ECR235E benefits from a 6-litre unit that develops 174 hp. Both machines also benefit from the addition of an advanced mode control system, which ensures the maximum possible hydraulic horsepower available is delivered at a constant engine speed, under varying load conditions.

Both machines have ample dig reach and depth, as well impressive lifting capacities across carriage for their respective size classes. Both machines also feature hammer/shear circuits and quick fit hydraulics, as well as hose rupture valves that are fitted to both boom and dipper cylinders as standard. 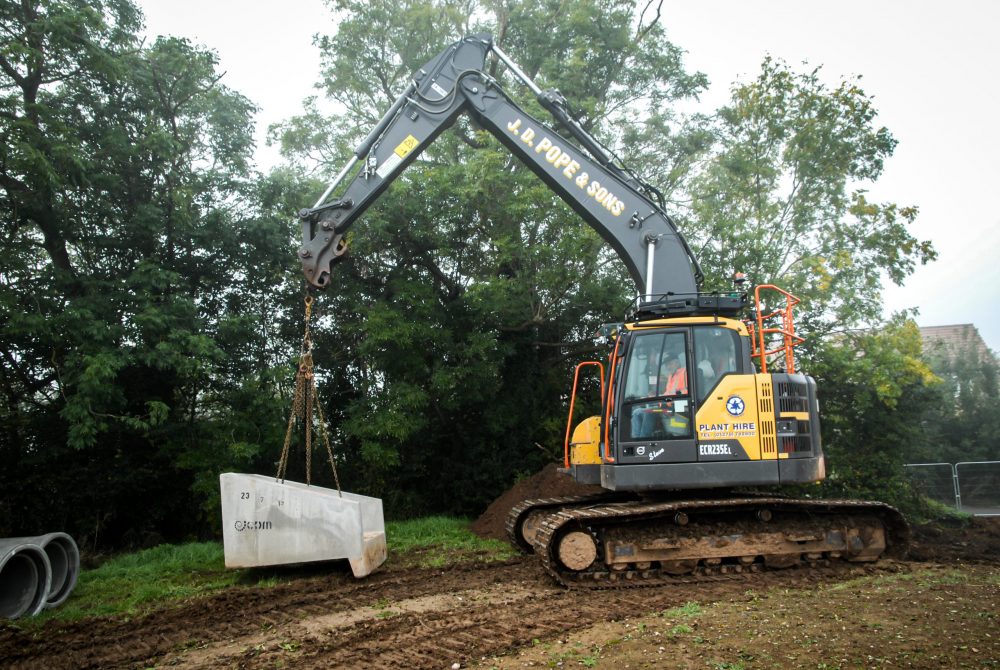 In all, J D Pope & Sons Ltd own and operate six Volvo excavators, which are all covered by a Blue Volvo service agreement. This means the machines will be maintained by highly qualified SMT engineers, using genuine Volvo parts at the correct service intervals.

Established in 1967, J D Pope & Sons continues its legacy as a family owned and managed company, with proprietor John Pope being supported in the day-to-day running of the company by both of his sons, Steve and Gary. From its base located at Highbridge, Somerset, the company is active across the south west of England. 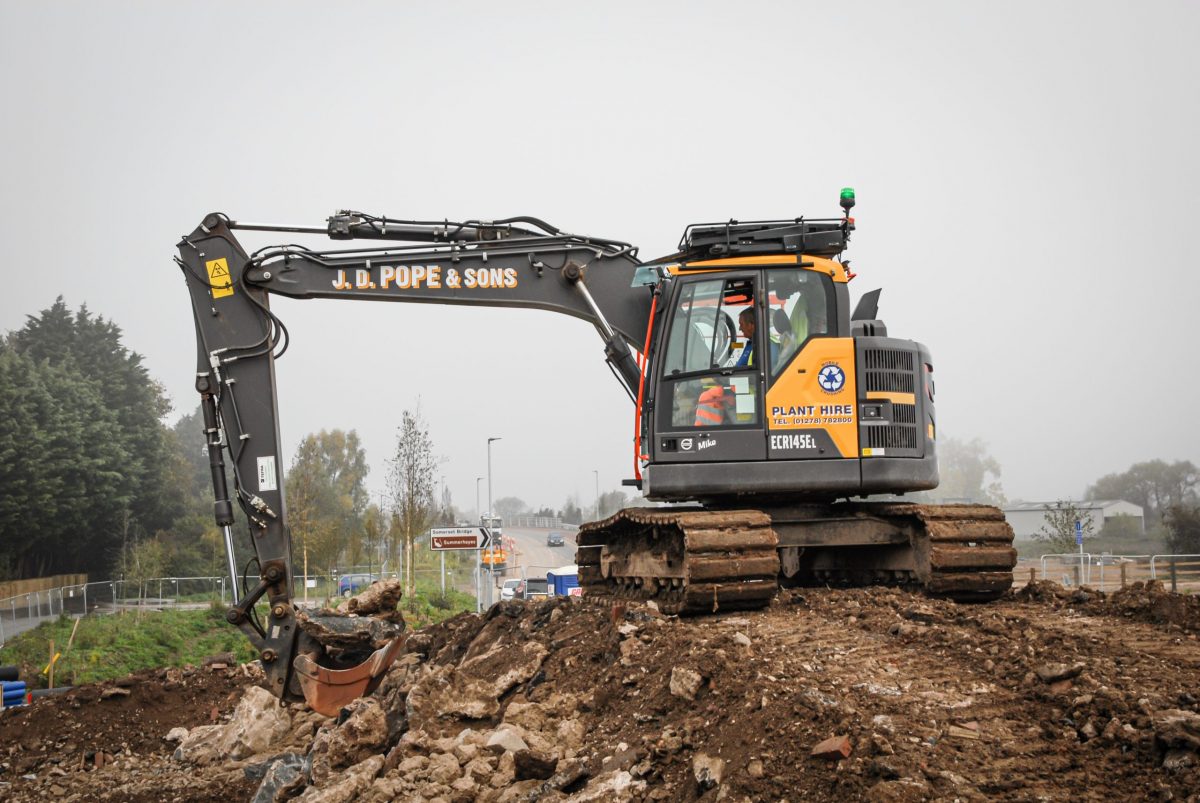 The company’s main focus is on contracts for the local water authorities, including: pipeline and drainage contracts, general civil engineering and muck shifting projects.