Encarna Formation specialises in operator training for a wide range of construction machinery, which includes, forklift operators and truck mounted aerial platform drivers. The company, which began trading in 2012, has recently relocated from Albertville in the French department of Savoie to the Tétrapôle, commercial centre at Tournon, also in Savoie.

The move was accompanied by new investment by the firm, which included three new forklift trucks from Hyundai Material Handling – two 15BT-9s and one 70D-9. The investment forms part of the company’s strategy to expand its training portfolio to facilitate with the new CACES (certificate of safe driving skills) training reforms, which came into effect on 1 st January 2020.

Anne-Céline Tardy, director of Encarna Formation, explained, “Until the end of last August, Encarna Formation (the name is made up of ‘Engin Cariste Nacelles’ – the French terms for forklift truck operator) was based at Albertville. Since then, we have purchased some land and have relocated our business and set up a new base in Tournon.” 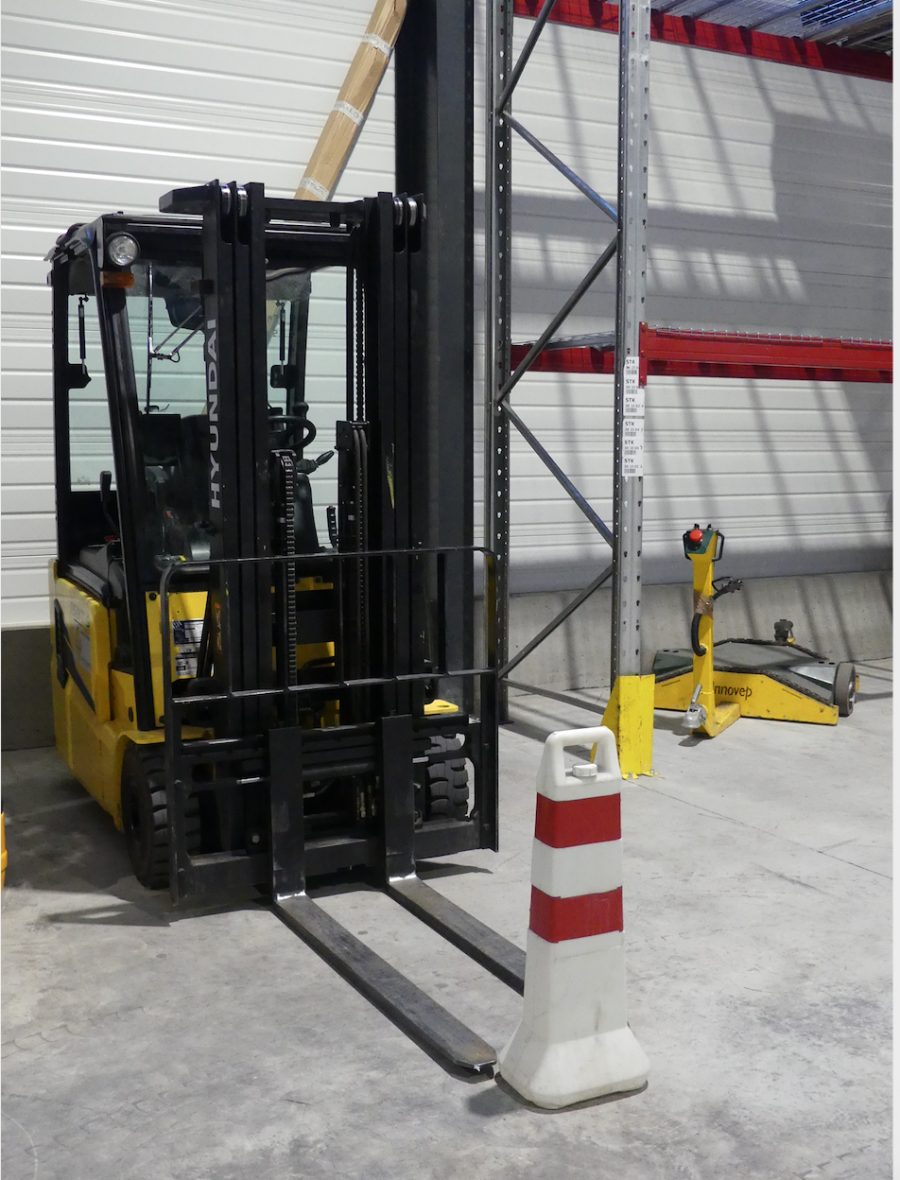 Anne-Céline continued, “The move was due to changes in national recommendations for CACES training in January of this year, which is our company’s key area of activity.

“The new training reforms meant that we needed to change the scope of training in order to operate several forklift trucks or construction machines concurrently, which is something we could not offer from our existing premises. We were also required to have a platform, a bridge crane and other equipment.”

“The changes meant that, amongst other things, we needed an area of 200 m² for the forklift training side of the business. So, we had to move if we wanted to continue to carry out CACES training. We were looking for land close to Albertville because, as a company, we are very settled here; we are close to Maurienne, Beaufortain, Val d’Arly, and at the same time near Haut-Savoie, Faverges and Annecy. Strategically, we did not want to go far from Albertville and Tournon is five minutes away.” Added, Anne-Céline.

Encarna Formation is now located on a 1,200 m² site, which includes a 600 m² depot and 300 m² of office space and training rooms. Anne-Céline Tardy also entered into an agreement with the local community, whereby the training centre can use 10,000 m² of their land for training on construction machinery. 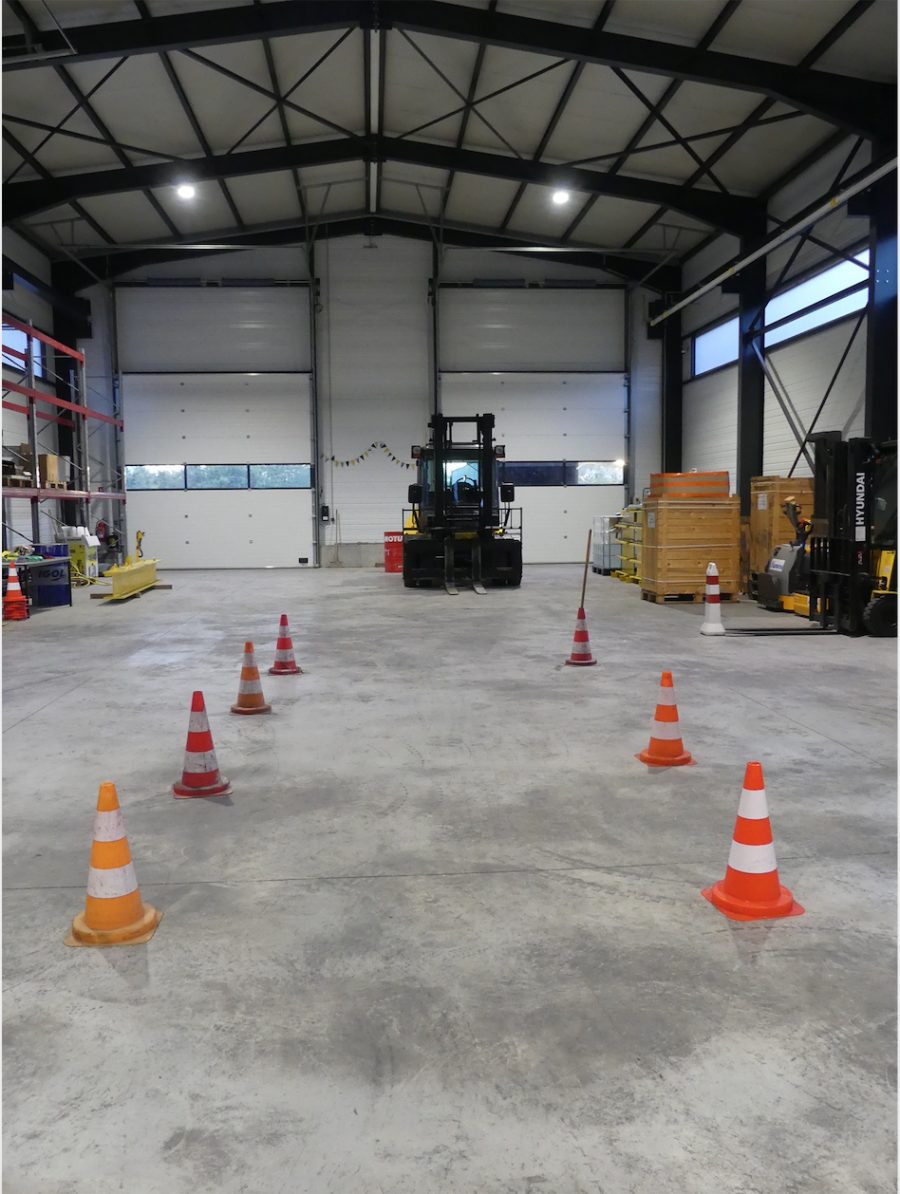 Some 3,000 trainees undergo training each year at this centre, 500 of them doing CACES forklift operation training. “Our forklifts and machines are operated by many different people and are really put through their paces during the four-day training course – they are in use for six to seven hours every day,” commented Anne-Céline.

With all of these factors in mind, Anne-C Céline required robust, reliable, and highly manoeuvrable forklift trucks, which also offered value, alongside excellent quality. Hyundai Material Handling ticked all the boxes and more and she purchased two 15BT-9s and a 70D-9 for the business.

The machines also needed to handle various categories of training. “At our site, we mainly use category three forklifts (having a capacity less than or equal to 6,000 kg) and category four (capacity over 6,000 kg). We have a portfolio of around 400 customers, including key factories such as Usitech and Staübli, who run a large fleet of forklift trucks, and who therefore also need operators”, explained Anne-Céline Tardy. 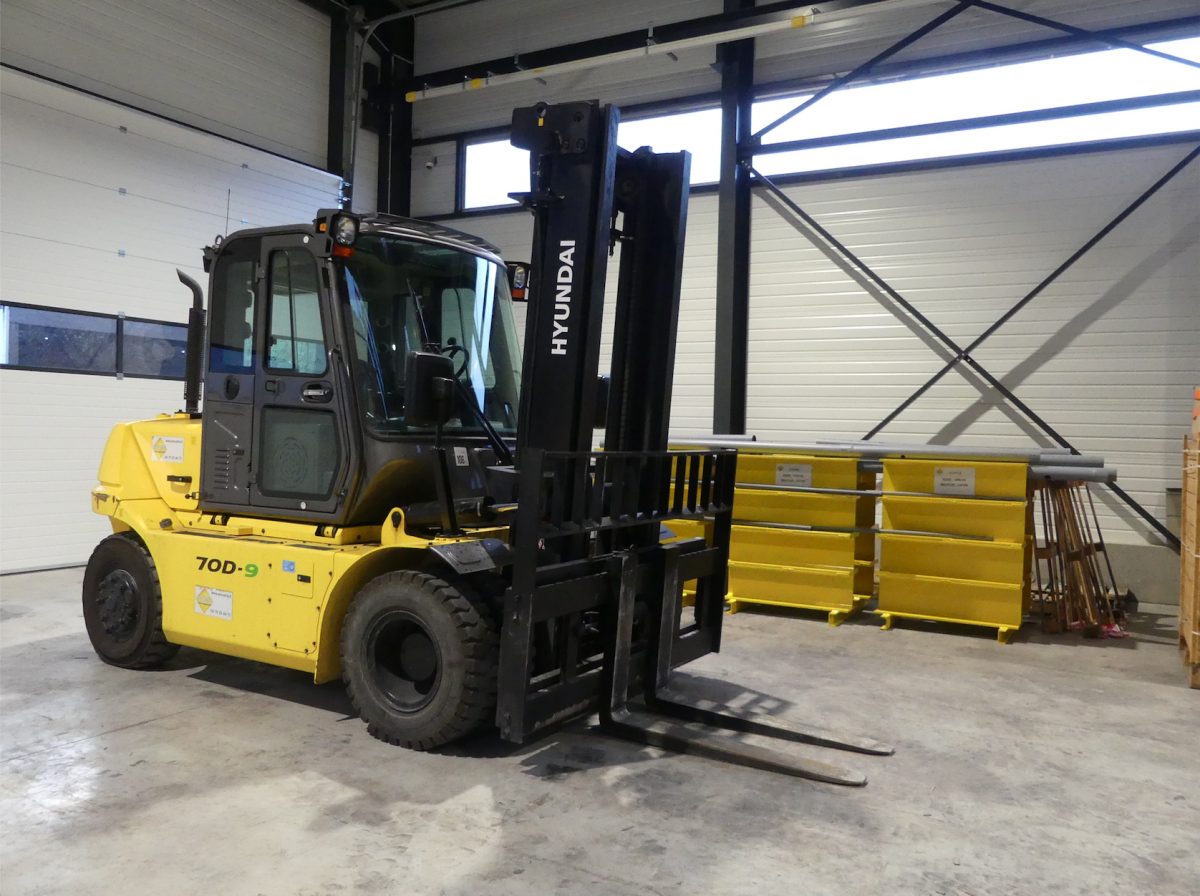 “Our trainers and the trainees are very happy with the fleet of machines that we provide for them. We have had good feedback about the Hyundai forklifts. Whether it’s the 15BT-9, the electric forklift weighing in at around 3.12 t, and able to handle loads of 1.5 t, or the 70D-9, the diesel forklift weighing in at over 8 t, these forklifts are very manoeuvrable, they are quick to get to grips with, they have spacious cabins, have excellent visibility for safe operation, and they are very well equipped as standard” Anne-Céline concluded.