FLIR captures $23.5m orders for 500 Centaur UGV robots for US Army and Navy

FLIR captures $23.5m orders for 500 Centaur UGV robots for US Army and Navy

FLIR Systems has announced that the United States (U.S.) Army and Navy have ordered in total more than 160 of the company’s Centaur™ unmanned ground vehicles (UGV), plus related spares and accessories. The two contracts, totaling $23.5 million, are being sourced through the Army’s Man Transportable Robotic System Increment II (MTRS Inc II) program.

“With the Navy joining the MTRS Inc II program, it means that all U.S. military forces will now use a common, medium-sized robotic platform for EOD and CBRN operations,” said Roger Wells, VP and general manager of the Unmanned Systems & Integrated Solutions business at FLIR. “In an era of increased joint service operations in combat zones worldwide, having common equipment across EOD units can support more standardized tactics and techniques, plus add new efficiencies in sustainment and training for years to come.

“Our team is incredibly proud to know all four branches of America’s armed services have chosen Centaur as their mid-sized EOD robot. And, more importantly, that our technology is helping so many warfighters keep out of harm’s way,” Wells added.

In 2017, the U.S. Army selected Endeavor Robotics, acquired last year by FLIR, as its medium-sized robot provider for MTRS Inc II. The company designed Centaur as its MTRS solution. FLIR is delivering robots to the Army under that multi-year program of record, which upon award was valued at more than $150 million, including options. These latest orders fall under the current ceiling. 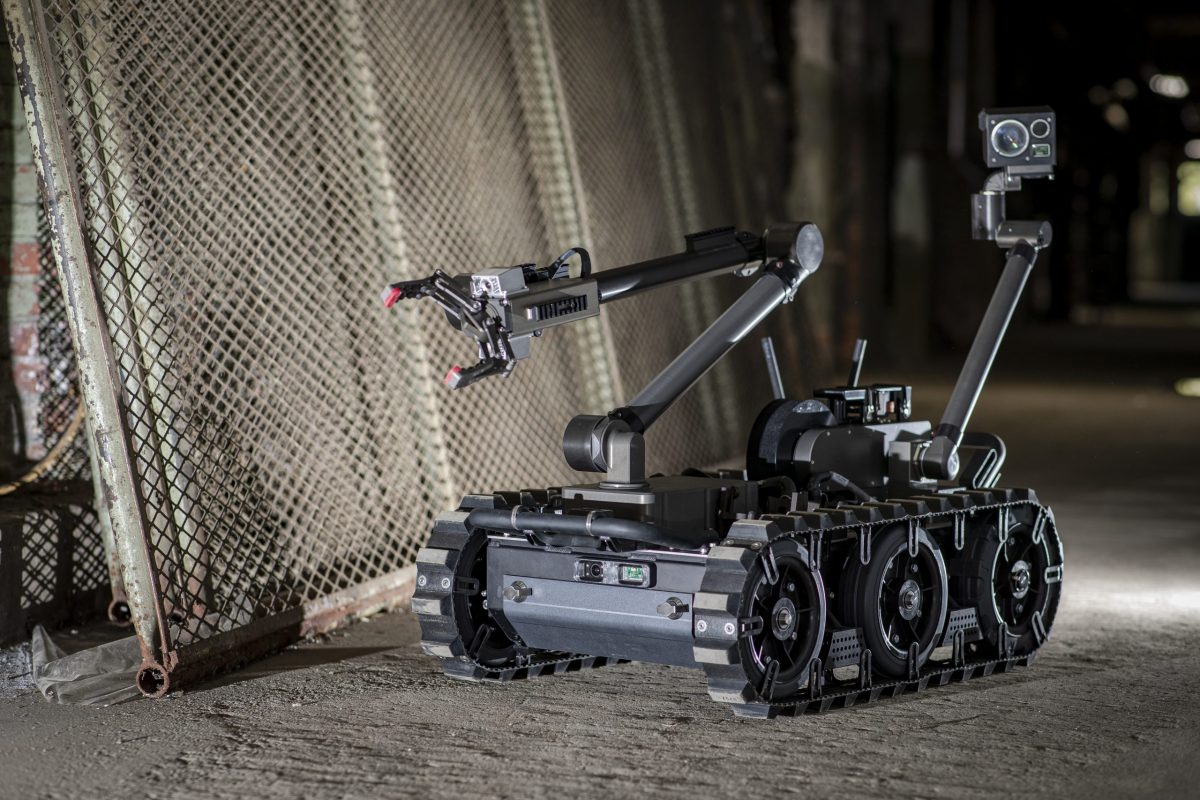 Centaur is a medium-sized UGV that provides a standoff capability to detect, confirm, identify, and dispose of hazards. Weighing roughly 160 pounds, the open-architecture robot features an advanced EO/IR camera suite, a manipulator arm that reaches over six feet, and the ability to climb stairs. Modular payloads can be used for CBRNE detection and other missions.

Deliveries are expected to begin in the third quarter of 2020.