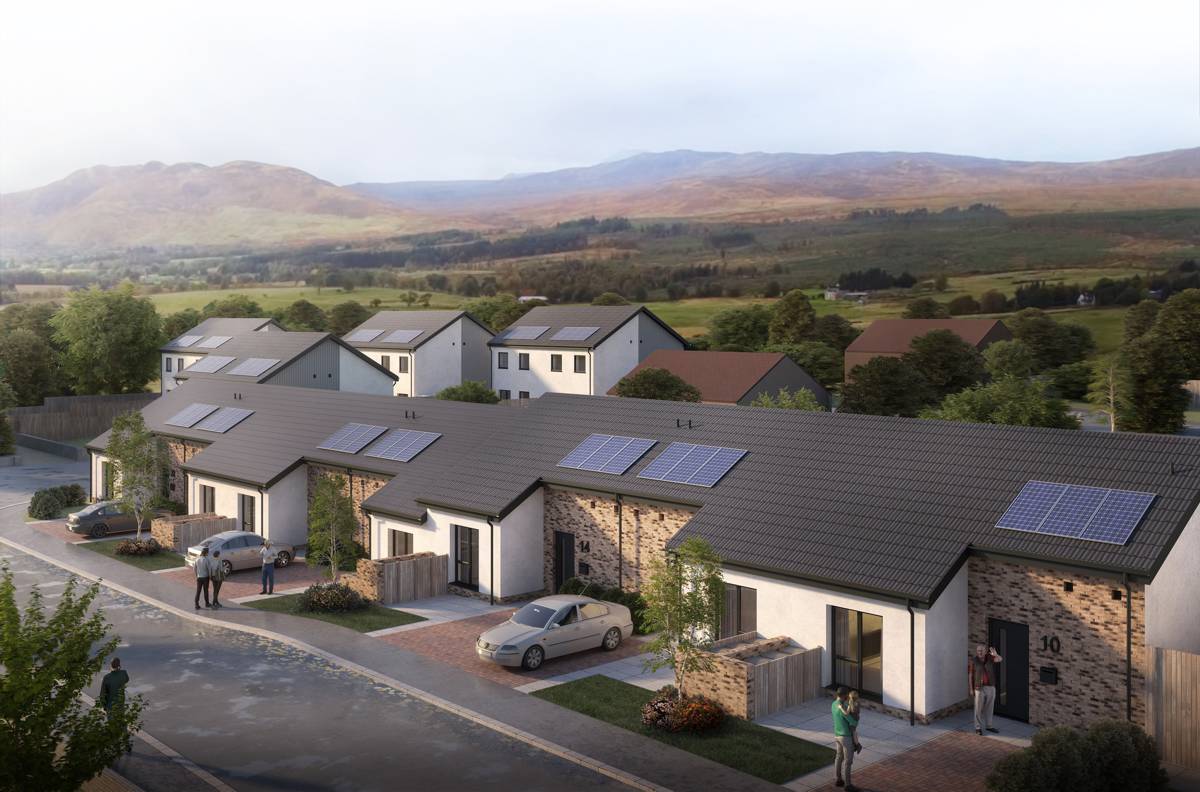 First green social-housing development gets the go-ahead in Scotland

First green social-housing development gets the go-ahead in Scotland

Hanover Scotland has received planning approval from Loch Lomond & The Trossachs National Park for its first social housing development to be built to Passivhaus standards.

The Drymen development at Conic Way and Montrose Way will comprise 15 affordable homes, replacing the original Drymen housing which was the first development that Hanover (Scotland) owned when it became independent in 1979.

The site has since been demolished to be replaced by the new Passivhaus project and existing Drymen residents will move into the new development once completed.

Buildings built to Passivhaus standards use up to 90% less energy for heating and cooling, and up to 70% less energy than conventional buildings, and have therefore been identified as a key strategy for tackling fuel poverty. They also future-proof occupants from increasing unexpected weather patterns.

Julie McKinnon, Projects Manager at Hanover (Scotland) said: “Hanover is delighted that approval has been granted for the development at Drymen.

“Drymen marks the first Passivhaus development for Hanover, and we are proud to be among the first social housing organisations in Scotland to be achieving this important environmental standard.

“The Drymen site has special significance for us given that it was Hanover’s first development when we became independent in 1979.

“We thank all development partners and contractors for their vision and expertise.”

Jennifer Rooney, of ECD Architects commented: “By adopting the Passivhaus standard we are ensuring that we are protecting residents from rising fuel costs. In particular, it’s great to know that the amenity houses will be offered up to returning residents who previously lived at this address.

“These residents will be returning to a brand-new house, designed specifically as amenity housing, and with very low energy bills yet excellent levels of thermal comfort.”

Gordon Lee from Cruden Building & Renewals Ltd remarked: “Cruden are delighted to be involved in the construction of this milestone development for Hanover. We recognise that fuel costs are of particular concern especially in the current climate and the project will provide the residents with highly insulated, energy efficient dwellings resulting in reduced energy bills.”