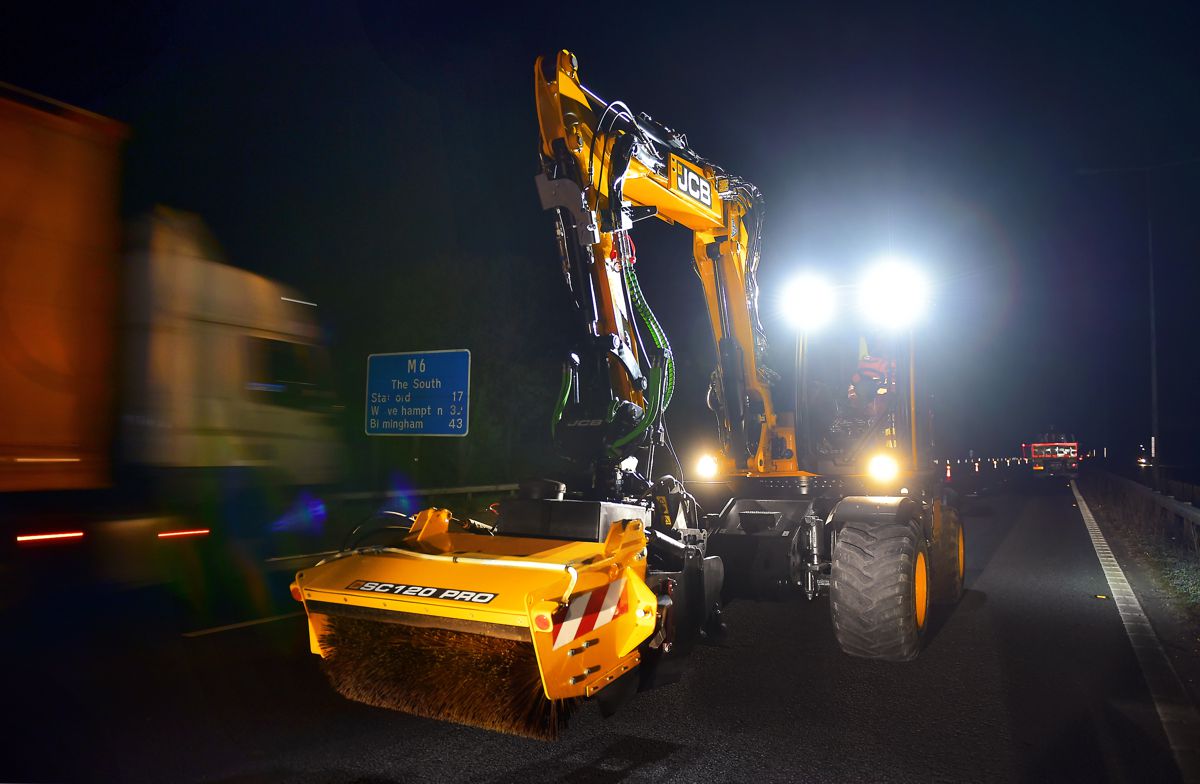 The JCB PotholePro was sent to fix holes on one of the motorway’s busiest stretches – junctions 14 and 15 between Stafford and Newcastle-under-Lyme – during two night-time lane closures.

The night shift on the 10 mile stretch was all part of a national demonstration programme to show how the innovative machine repairs potholes – permanently – in less than eight minutes flat.

JCB PotholePro Product Specialist Ben Rawding said: “The JCB PotholePro really did live up to expectations in the fast lane of the M6 – it filled the potholes so quickly that we ran out of tar.  It was done so quickly and efficiently, it could have filled so many more holes. The main thing is that the repairs were done rapidly and permanently by the JCB PotholePro.”

At 230 miles in length, the M6 – known as the ‘Backbone of Britain’ – is the country’s longest motorway.  JCB’s PotholePro allowed the team to cut the defect, crop the edges and clean the hole with one machine – mechanising a job traditionally carried out by pothole gangs therefore resulting in a reduction in the number of people needed on the ground.

JCB’s PotholePro machine can repair up to 250 square metres per day, equivalent to 700 potholes per month, and with a 40 kilometres per hour travel speed, the machine can also rapidly relocate between sites without additional transport costs.