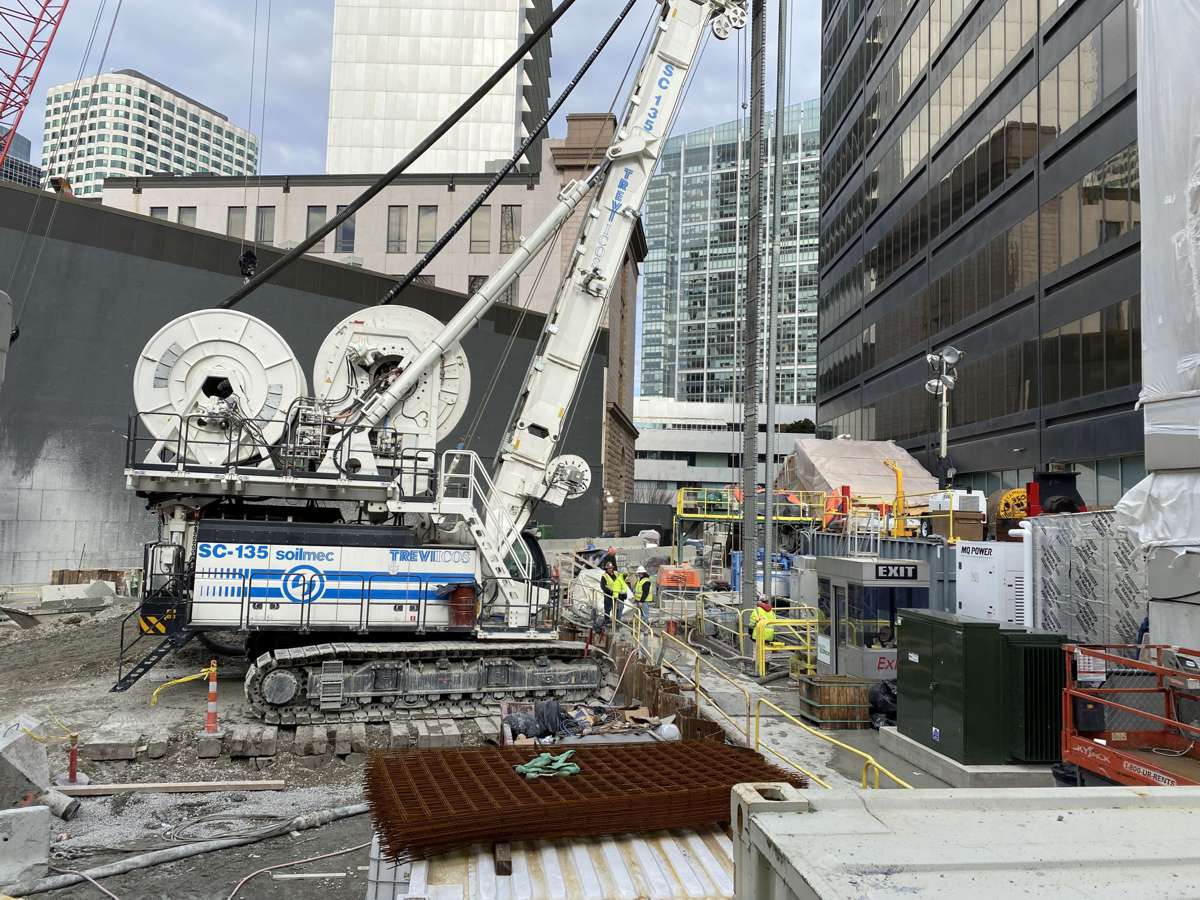 Between September 2021 and February 2022, TREVIICOS, the American branch of the Trevi Group, has been involved in the South Station Tower project in Boston. This project is part of the South Station Air Rights Project, which includes other upgrades and improvements of the historic South Station Transportation Center and includes new foundation elements for a new 51-story mixed use tower (offices and residential).

Load Bearing Elements (LBE’s) were selected as the most appropriate foundation system for the new tower based on load support, constructability considerations and economics.

TREVIICOS’ scope of work included construction of 46 Load Bearing Elements of 3 ft (0.91 m) thick which will serve as the main foundation for a new 51-story mixed use tower built atop Boston’s historic South Station. 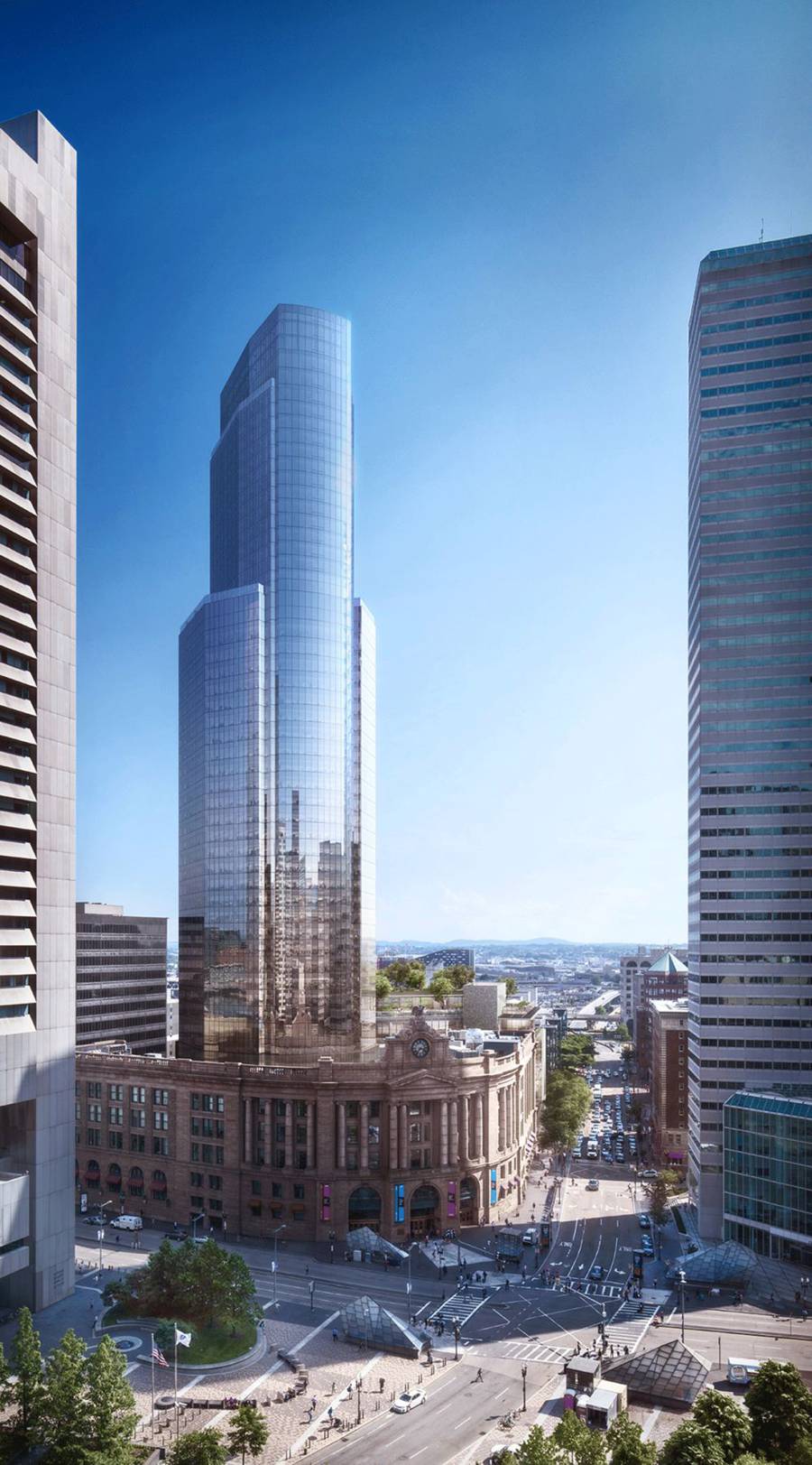 Subsurface conditions consisted of Fill, Organic Deposits, Marine Deposits, Glacial Deposits (Glacial Till, Glaciomarine, Glaciofluvial) and Bedrock. Bedrock was classified as Cambridge Argillite with average and maximum compressive strengths of 4,034 psi and 5,485 psi respectively. The LBE’s were constructed with combination of mechanical clamshell grab and Soilmec Hydromill SC-135 cutter. The clamshell grab was typically used to excavate the overburden soils down to top of Bedrock and the Hydromill cutter was used to excavate the Bedrock down to the design LBE tip elevation.

Polymer slurry was successfully used for support of LBE trench excavations and was found to provide good trench stability throughout the LBE installation process from excavation to tremie concrete placement. All polymer slurry was processed through on-site desanding plant to remove soil and rock cuttings along with a centrifuge for additional solids separation.

The LBE’s had an average concrete depth exceeding 120 ft and were socketed into Bedrock up to 104 ft. Total area of reinforced concreted LBE’s is approximately 48,000 SF, which includes a total volume of tremie concrete placed of 5,800 CY and 350 tons of reinforcing steel. 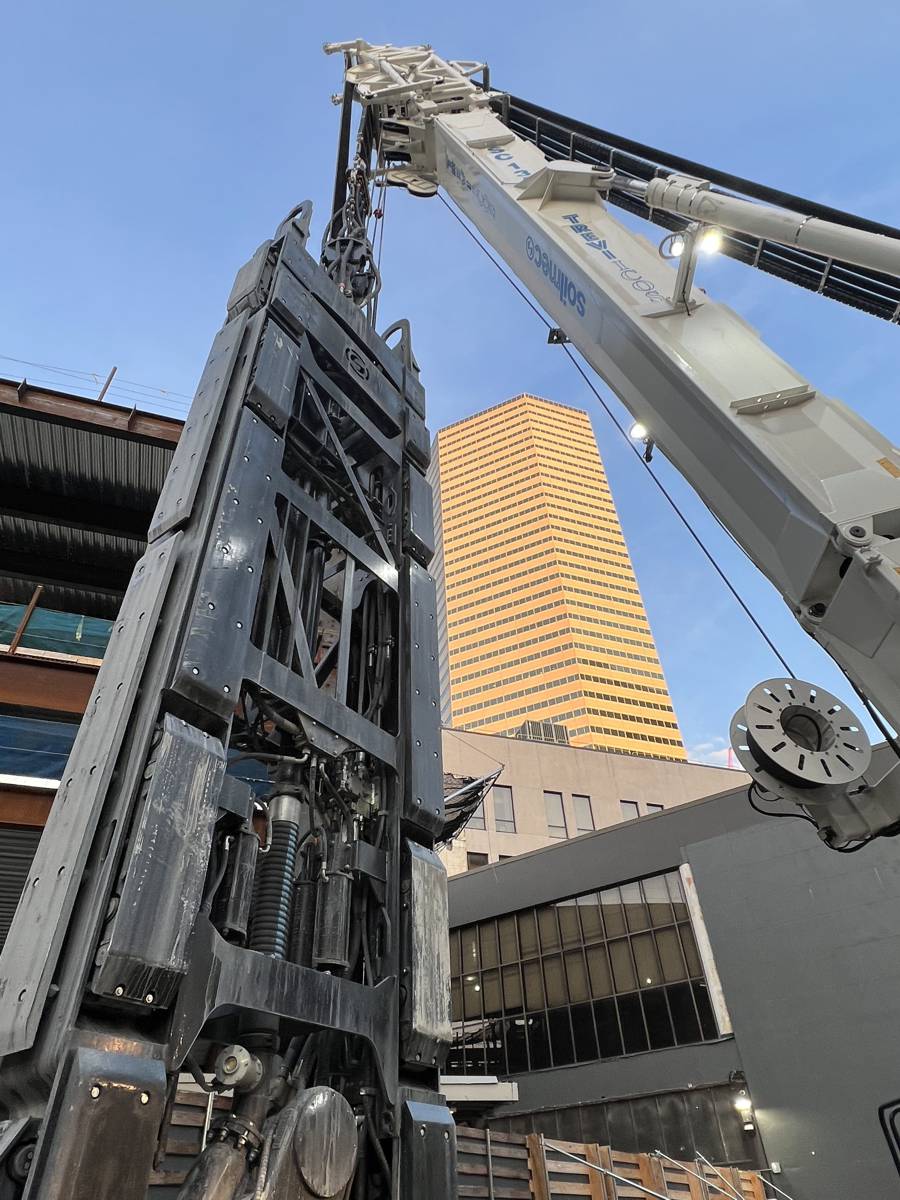 In addition, 12 of the 46 LBE’s included pairs of W14 structural columns for connections to the tower base foundation above ground. An additional 3 LBE’s, were constructed for two tower crane foundations. All reinforcing steel and structural columns were assembled at an off-site staging yard and delivered to site according to the installation schedule.

The project included strict quality control procedures, including the first time use in the Boston area of Cross Hole Logging (CSL) to evaluate concrete quality and verify no anomalies exist that could affect the load carrying capacity of LBE’s. All CSL testing was performed by third party geotechnical engineering services firm and all testing results met the specifications requirements. 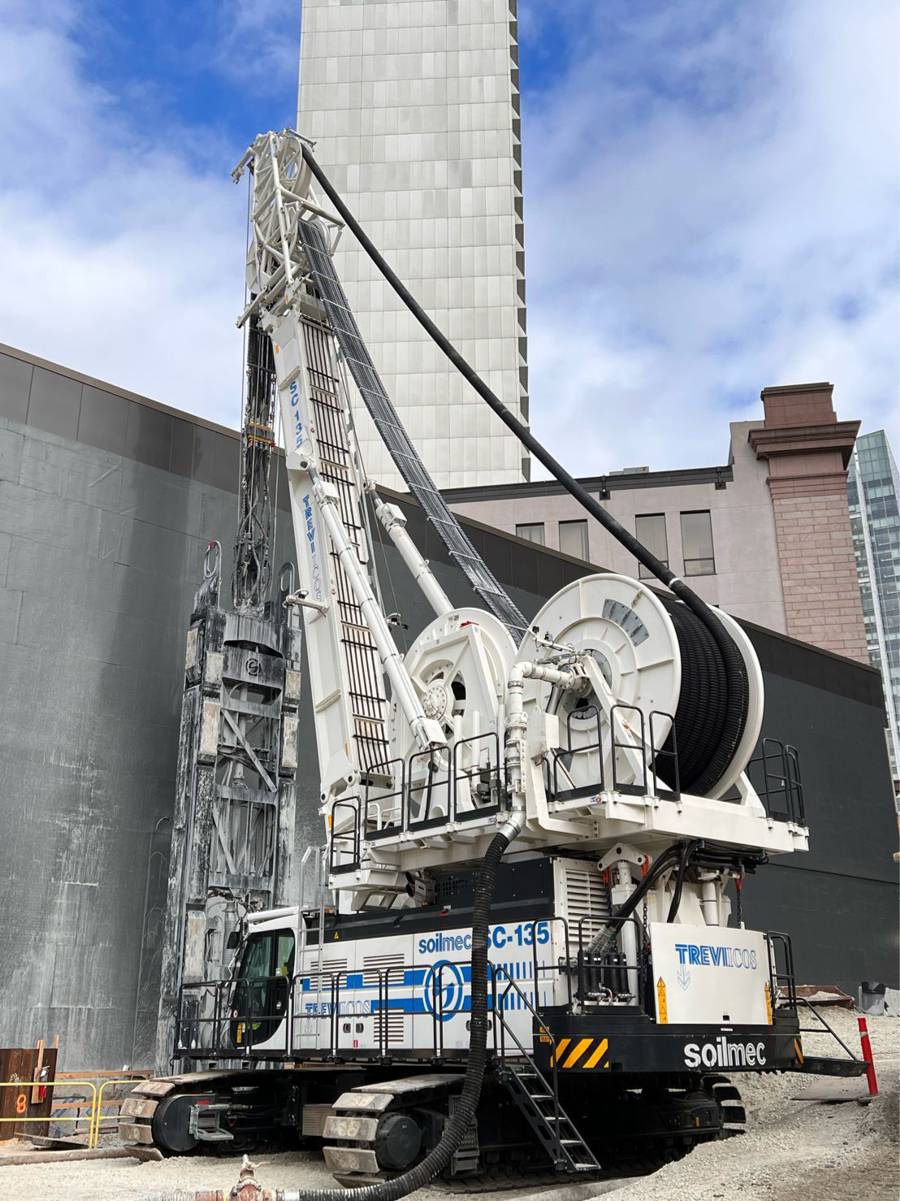 Why is the scheme exciting/challenging/innovative?

Cross-hole sonic logging performed on LBE’s to evaluate concrete quality and verify that no anomalies exist that could affect the load carrying capacity of LB.