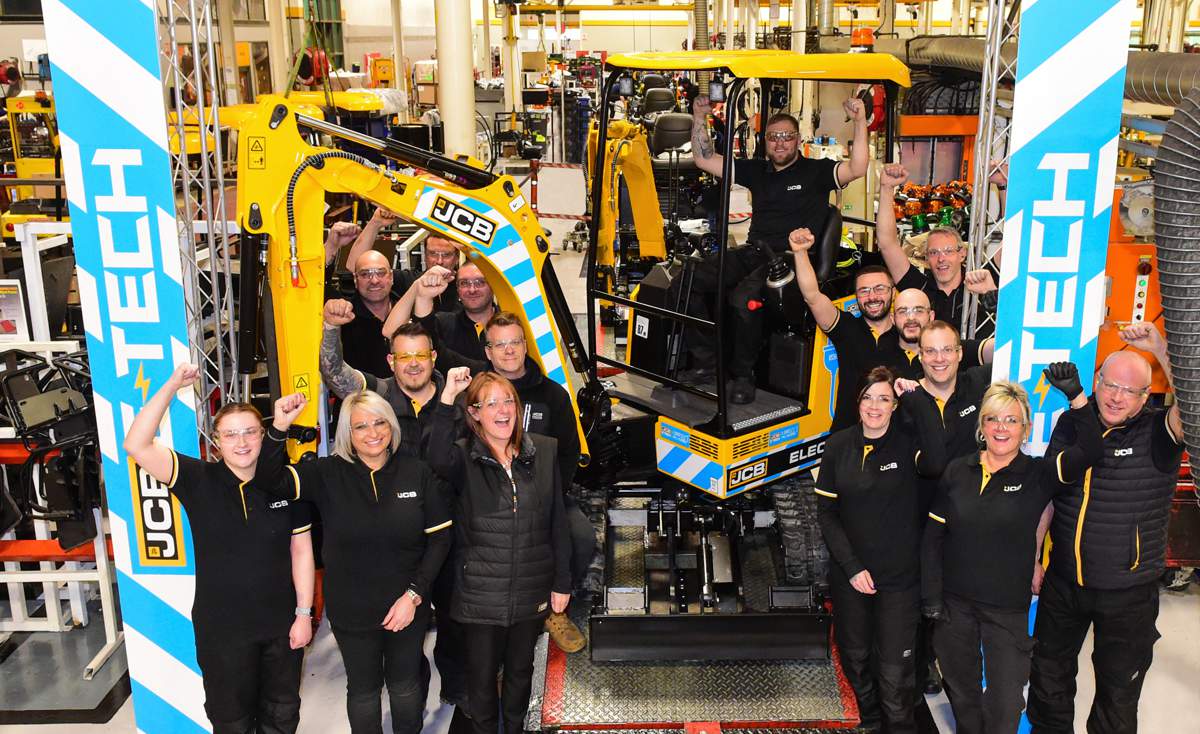 JCB’s double-award winning electric mini excavator marked another significant milestone in its short history – the production of the 1,000th machine.

JCB went into full production with the world’s first volume-produced all-electric mini excavator in 2019. Today employees at JCB Compact Products in Cheadle, Staffordshire, gathered on the shop floor to cheer the milestone 1,000th 19C-E model off the production line.

JCB Chairman Lord Bamford, said: “We are delighted with the success of JCB’s electric mini excavator, which is proving very popular around the world, particularly in North America, France and the UK where there is a growing demand for zero emissions equipment operating in urban environments.”

JCB has been at the forefront of the development of electric technology to meet customers’ demands for zero-emission products and the company has led the way with the introduction of a battery-electric solution for smaller machines.

The 19C-1E is a staggering five times quieter than its diesel counterpart and can be fully charged in under two hours and can complete a typical full shift on a single charge.

The model has been a big hit with companies working inside buildings and in emissions and noise-sensitive inner-city areas.  It is perfect for working indoors or outdoors, in factories, tunnels or basements, for digging foundations, or on utility projects.

In 2019, the 19C-1E scooped one of the automotive industry’s most prestigious honours when the Royal Automobile Club presented JCB with the Dewar Trophy for ‘Outstanding Technical Achievement in the British Automotive Industry’ for the development of the machine.

The following year, the Royal Academy of Engineering in the UK announced that the 19C-1E had won the MacRobert Award, a prize for innovation that has been presented since 1969 to honour a wide variety of engineering feats, including the CT scanner and Rolls-Royce’s Pegasus engine used in the Harrier jump jet. 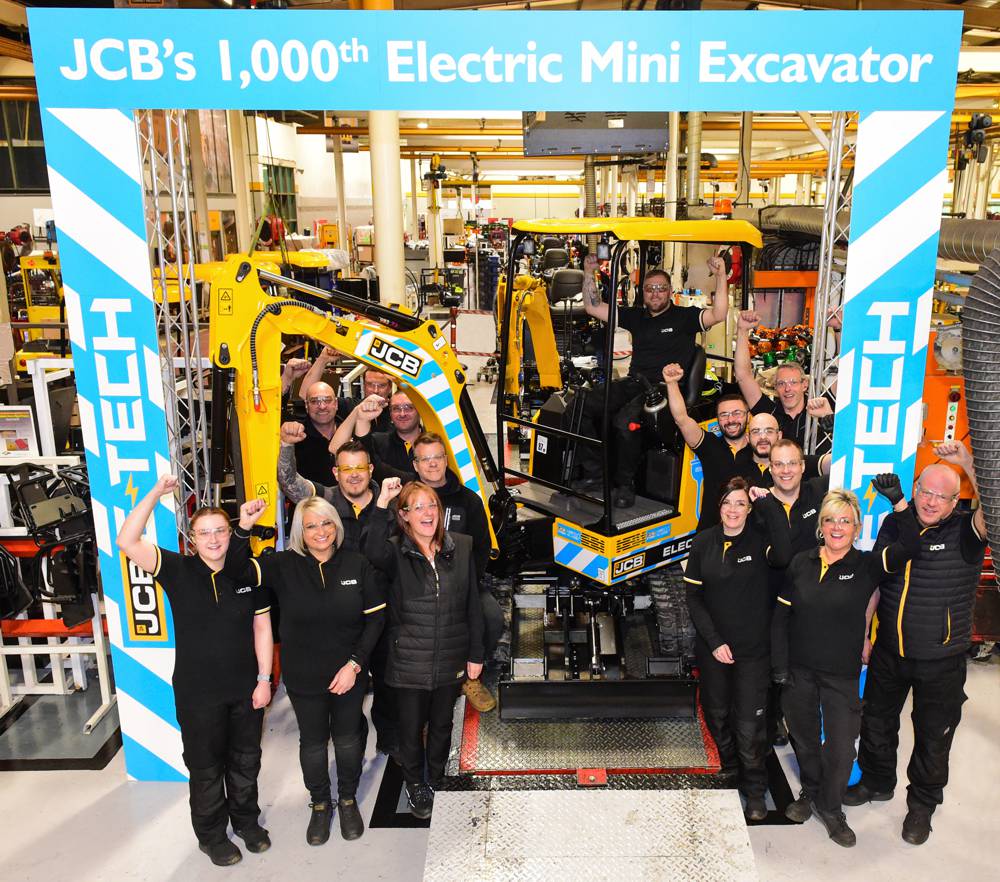 0 0 0
Previous : Adding Dynamic to the 4 D’s of Robotisation in Construction
Next : Caterpillar and Luck Stone to scale Autonomous Hauler Truck solutions