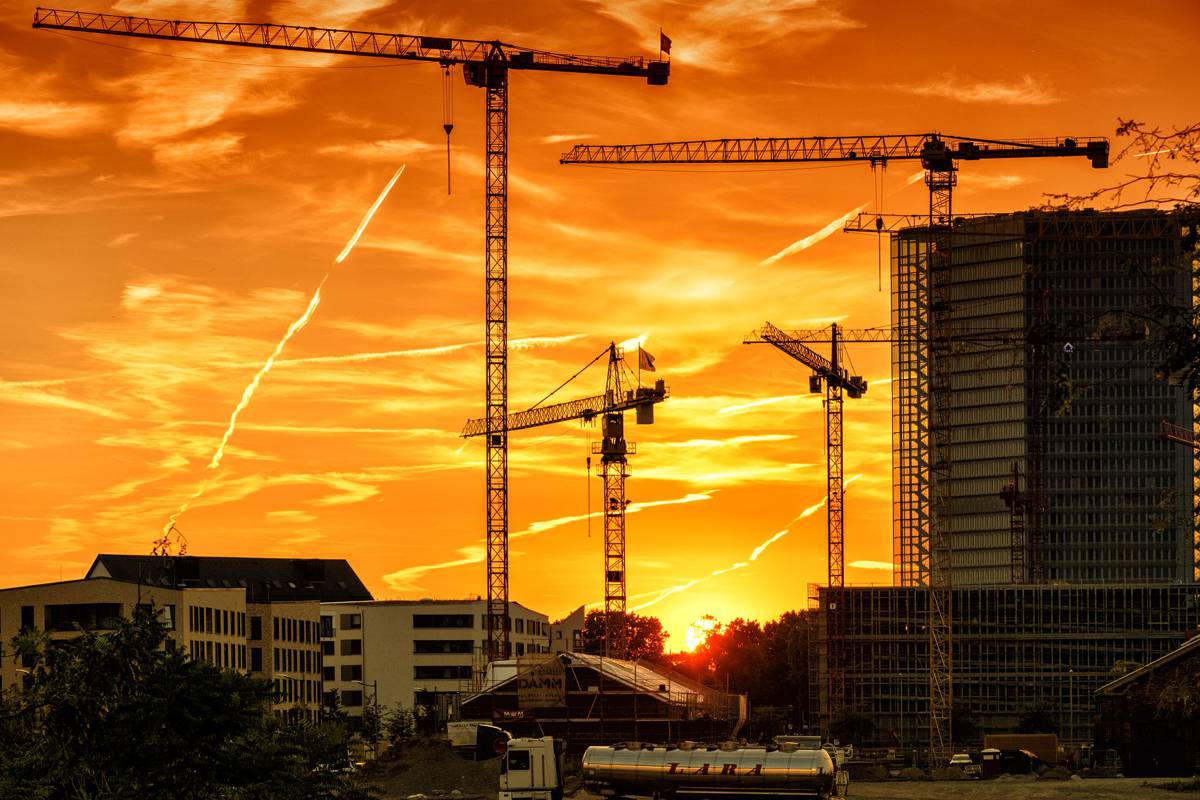 The construction industry was quick to adapt and carry on working in 2020, but it continues to struggle with labour levels. And this is a problem that’s not going away any time soon as, due to Brexit and the new immigration system now in place, we are likely to see a reduction in the number of available EU national workers – workers which the industry has traditionally relied upon.

Figures released by the Office for National Statistics (ONS) reveal that up until now more than nine per cent of the UK construction industry workforce have been EU nationals, with that rising in London to account for 30 per cent of construction workers.

Many EU nationals have now returned to their home nations to be with family and to cut the cost of living. New immigration rules are set to be extremely challenging with regard to the sector’s recruitment process and migrant worker eligibility in 2021, meaning it is likely to be more difficult to get these workers back to the UK.

The impact is two-fold. An increased labour shortage could affect the ability of companies to deliver projects on time or to take on new work, and it’s likely that the cost of labour will go up, both in terms of wage levels and also taking additional costs of recruitment and training into account.

While it seems the construction sector is frequently calling for additional Government support to bridge the skills gap, there are some practical steps that employers and contractors themselves can take to mitigate the long-term risks.

The new UK points-based immigration system kicked in on 1 January 2021 and it’s highly likely that this will reduce the number of lower skilled workers coming to the UK. Increased bureaucracy, and lead times, around the new points-based immigration system will create delays in the short-term. Get your recruitment process Brexit-compatible by understanding and implementing new visa criteria and processes, and be prepared to factor longer recruitment lead times into project planning.

It’s important to keep on top of the latest Government guidance on matters such as health and safety. Encourage consistent use of personal protective equipment (PPE), and ensure the team feels safe. This will not only encourage productivity and minimise absence due to sickness or injury, but is also likely to have a positive impact on staff retention in a competitive market place.

Reflect on lessons learned during the pandemic

Take time out to understand the lessons learned by the sector during the pandemic. Some construction companies have found that by carefully planning and reorganising their programmes and how some jobs are carried out, and by being more focused on critical path activities, work could still be carried out efficiently and effectively, even with fewer than normal workers on site.

The post-pandemic rise in technology take-up and use has changed the way manual roles are carried out too. For example, some companies are carrying out site inspections with drones, allowing for safer remote-working and more efficient processes. Drones are also being used for 3D modelling, volume measurement and topographical surveys, and are predicted to fulfil an essential role in construction companies of the future, from planning to build. This in itself means a new set of skills is now required for the industry.

Similarly, there has been increase in the use of offsite, modular construction during the pandemic, which again requires a development in design skills and logistics expertise.

Figures released by the Office of National Statistics in October 2019 show there were 334,332 skilled construction and building trade workers aged between 50 and 64 and 44,681 over 65 in the UK – most of whom will typically be expected to retire over the next 15 years.

Meanwhile, the industry is struggling to attract young people. This is not a new problem: in 2018 it was widely reported that construction had, for the first time, dropped out of the top 10 career choices for people aged 22-29. According to YouGov Omnibus research in 2015, only three per cent of young people aged between 18-24 have recently searched for a job in the construction industry.

Construction firms do still have the opportunity to take advantage of Government incentive payments for the hiring of new apprentices, though this scheme only applies to apprentices hired before March 31 2021.

Perhaps, then, it will fall to the construction industry itself to do more to appeal to young people, or the skills shortage might never be fully bridged and critical skills that need to be passed on to a new generation of workers could be lost.

It is also worth broadening the scope of which parts of society future workers could come from to help improve the number of workers and breadth of skills in the industry.

Women remain under-represented in construction: in Q2 2020, there were 1.9m men in the industry in the UK compared with 289,000 women. Research by Microsoft reveals that in the UK, girls have a five-year window between 11 and 16 when they are really interested in STEM (science, technology, engineering and maths) after which their interest drops.

The industry also under-employs BAME (black, Asian and minority ethnic) groups. Exact levels of BAME employment in construction vary according to different sources, though one report suggested around 7.4 per cent of construction workers identified as BAME.

Figures released by the Government’s Ethnicity Facts and Figures Service in 2020 took a different approach, and analysed the percentage of ethnic groups that work in each industry sector. While 7.7 per cent of surveyed White British people worked in construction, the figures were lower for Asian (3 per cent), Indian (3.8 per cent), Black (4 per cent) and Pakistani & Bangladeshi (2.5 per cent) groups in the UK.

With the UK’s pool of talent more diverse than ever, it is important that companies make a conscious shift towards diversifying their workforce now.

The sector needs to inspire the workforce-of-the-future by engaging with schools, colleges, industry leaders and training bodies to shake up the traditional image of the construction site and wider construction industry. Apart from the digitalisation of the industry, the sector is encouraged to recruit younger generations and minority groups to help fulfil future skills needed.