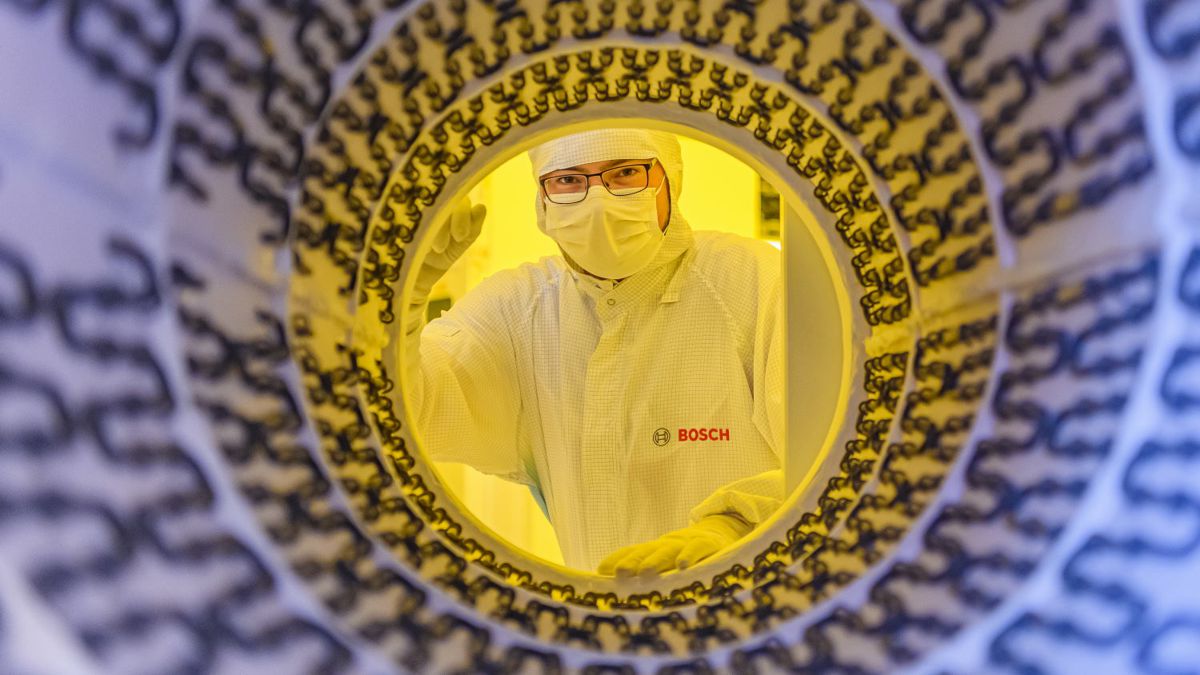 From cars and e-bikes to household appliances and wearables – semiconductors are an integral part of all electronic systems.

They are the motor that drives the modern world of technology. Bosch recognized their growing significance early on and has now announced investment of further billions of euros in order to strengthen its own semiconductor business. By 2026, Bosch plans to invest another 3 billion euros in its semiconductor division as part of the IPCEI funding program on microelectronics and communications technology.

“Microelectronics is the future and is vital to the success of all areas of Bosch business. With it, we hold a master key to tomorrow’s mobility, the internet of things, and to what we at Bosch call technology that is ‘Invented for life’,” says Dr. Stefan Hartung, chairman of the Bosch board of management, at the Bosch Tech Day 2022 in Dresden.

“Microelectronics is the future and is vital to the success of all areas of Bosch business. With it, we hold a master key to tomorrow’s mobility, the internet of things, and to what we at Bosch call technology that is ‘Invented for life’” said Dr. Stefan Hartung, chairman of the Bosch board of management, at the Bosch Tech Day 2022 in Dresden.

One of the projects Bosch plans to fund with this investment is the construction of two new development centres – in Reutlingen and Dresden – at a combined cost of over 170 million euros. In addition, the company will spend 250 million euros over the coming year on the creation of an extra 3,000 square meters of clean-room space at its wafer fab in Dresden.

“We’re gearing up for continued growth in demand for semiconductors – also for the benefit of our customers,” Hartung said. “For us, these miniature components mean big business.” 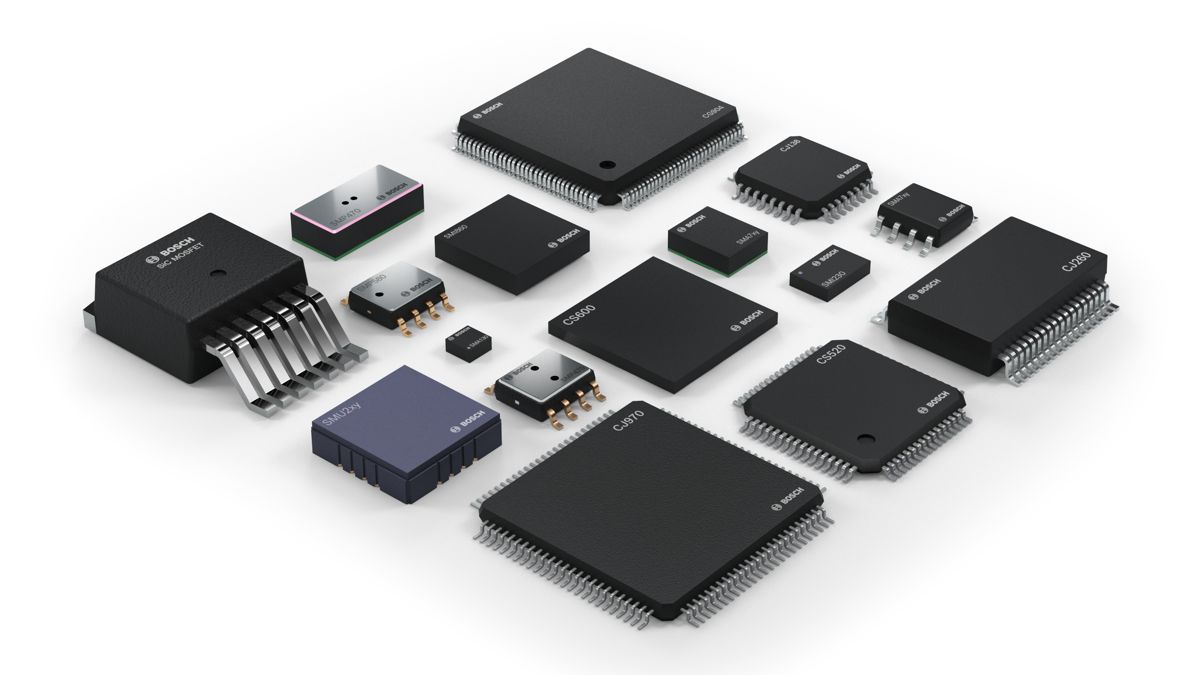 Within the framework of the European Chips Act, the European Union and German federal government are providing additional funding to develop a robust ecosystem for the European microelectronics industry.

The objective is to double Europe’s slice of global semiconductor production from 10 to 20 percent by the end of the decade. The newly launched IPCEI on Microelectronics and Communication Technology is intended primarily to promote research and innovation. “Europe can and must capitalize on its own strengths in the semiconductor industry,” Hartung said. “More than ever, the goal must be to produce chips for the specific needs of European industry. And that means not only chips at the bottom end of the nanoscale.”

Electronic components used in the electromobility industry, for example, require process sizes of between 40 and 200 nanometres. This is exactly what the Bosch wafer fabs are designed for. 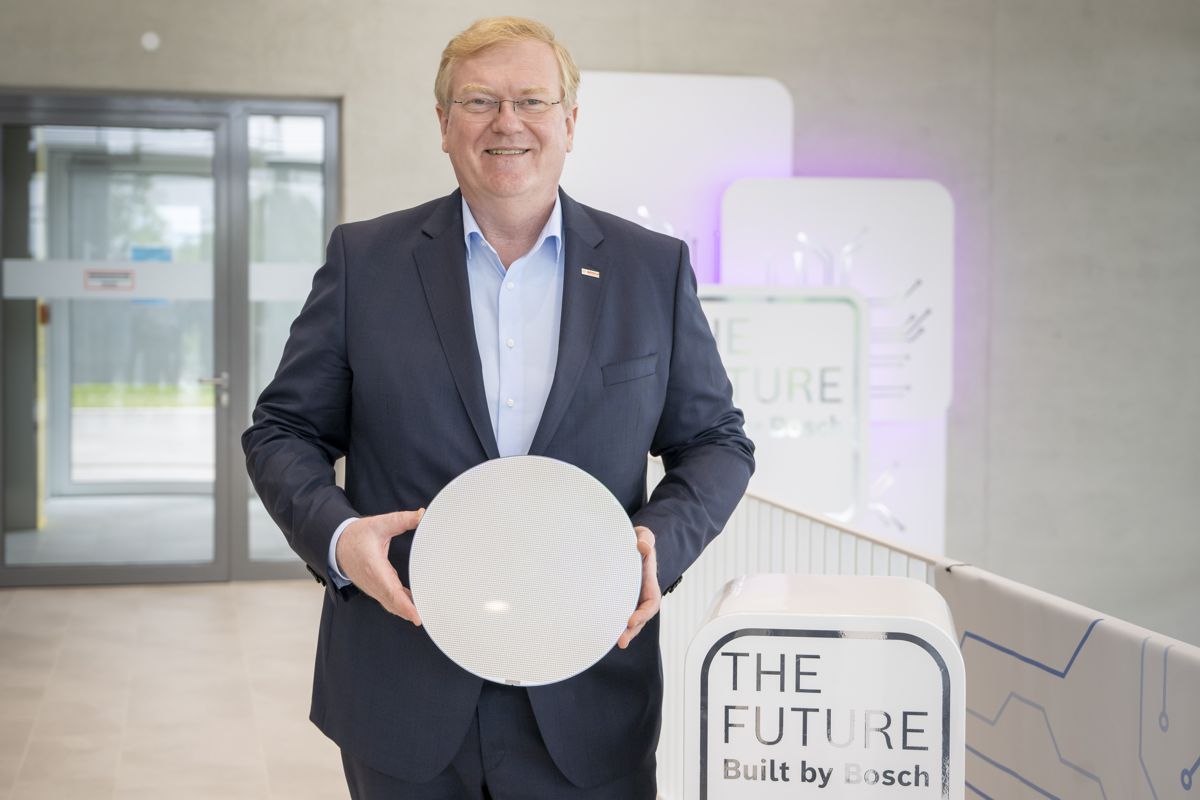 This new investment in microelectronics also opens up new areas of innovation for Bosch. “Being a leader in innovation begins with the very smallest of electronic components: semiconductor chips,”

Hartung said. New fields of innovation at Bosch include systems-on-a-chip, such as the radar sensors a vehicle uses to perform 360 degree scans of its surroundings during automated driving. Bosch will now be looking to enhance such components, making them smaller, smarter, and also cheaper to produce. The company is also working to further modify its own microelectromechanical systems (MEMS) specifically for the consumer goods industry.

One of the things company researchers are currently using this technology to develop is a new projection module that is so tiny it can be built into the temple of a pair of smartglasses.

“In order to cement our leading market position in MEMS technology, we also plan to manufacture our MEMS sensors on 300-millimeter wafers,” Hartung said. “Production is scheduled to start in 2026. Our new wafer fab gives us the opportunity to scale production – an advantage we intend to exploit to the full.” 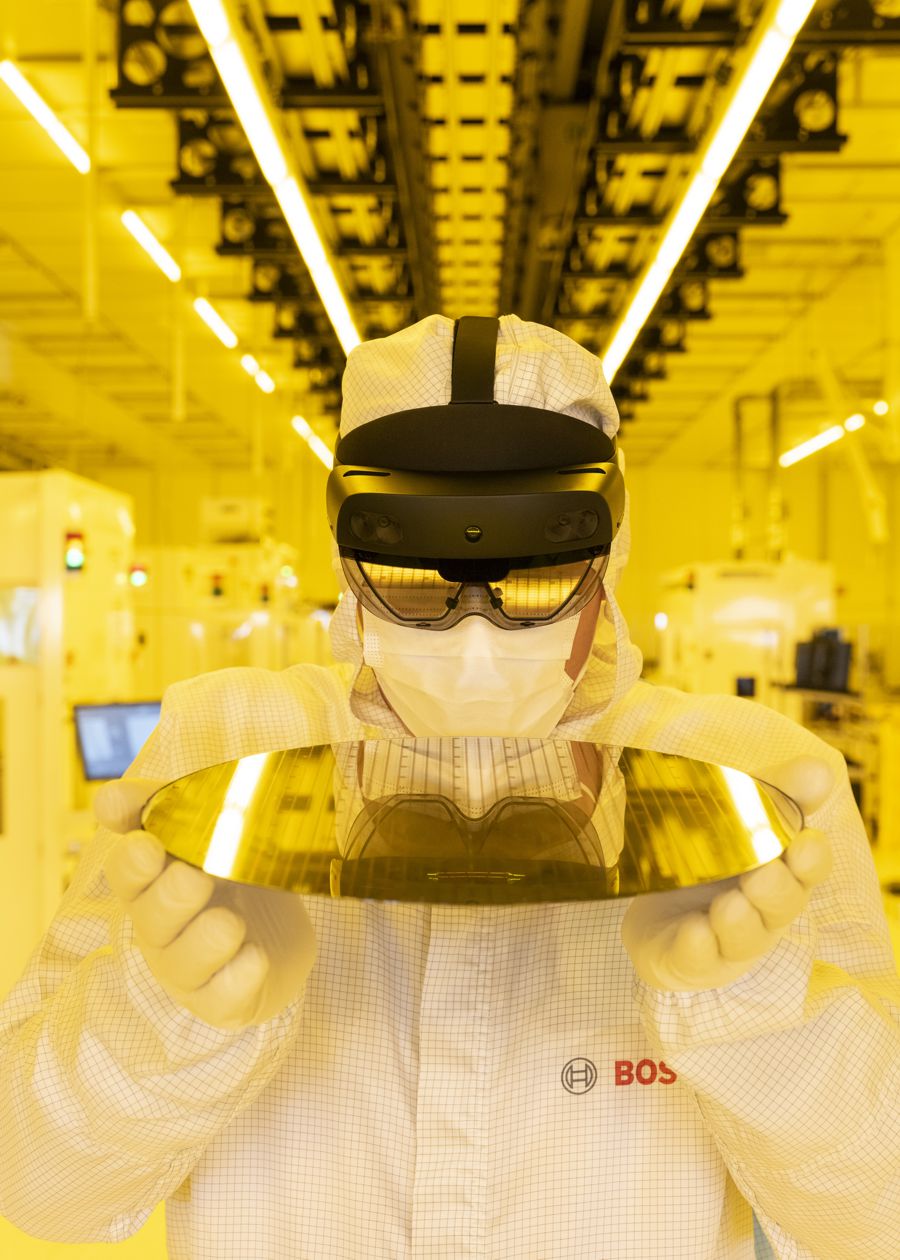 A further focal point at Bosch is the production of new types of semiconductors. At its Reutlingen plant, for example, Bosch has been mass-producing silicon carbide (SiC) chips since the end of 2021.

These are used in the power electronics required for electric and hybrid vehicles, where they have already helped boost operating ranges by up to 6 percent. On the back of powerful market growth, at annual rates of 30 percent or more, demand for SiC chips remains high, meaning full order books for Bosch. In a bid to make these power electronics more affordable and more efficient, Bosch is exploring the use of other types of chips as well.

“We’re also looking into the development of chips based on gallium nitride for electromobility applications,” Hartung said. “These chips are already found in laptop and smartphone chargers.” Before they can be used in vehicles, they will have to become more robust and able to withstand substantially higher voltages of up to 1,200 volts. “Challenges like these are all part of the job for Bosch engineers. Our strength is that we’ve been familiar with microelectronics for a long time – and we know our way around cars just as well.” 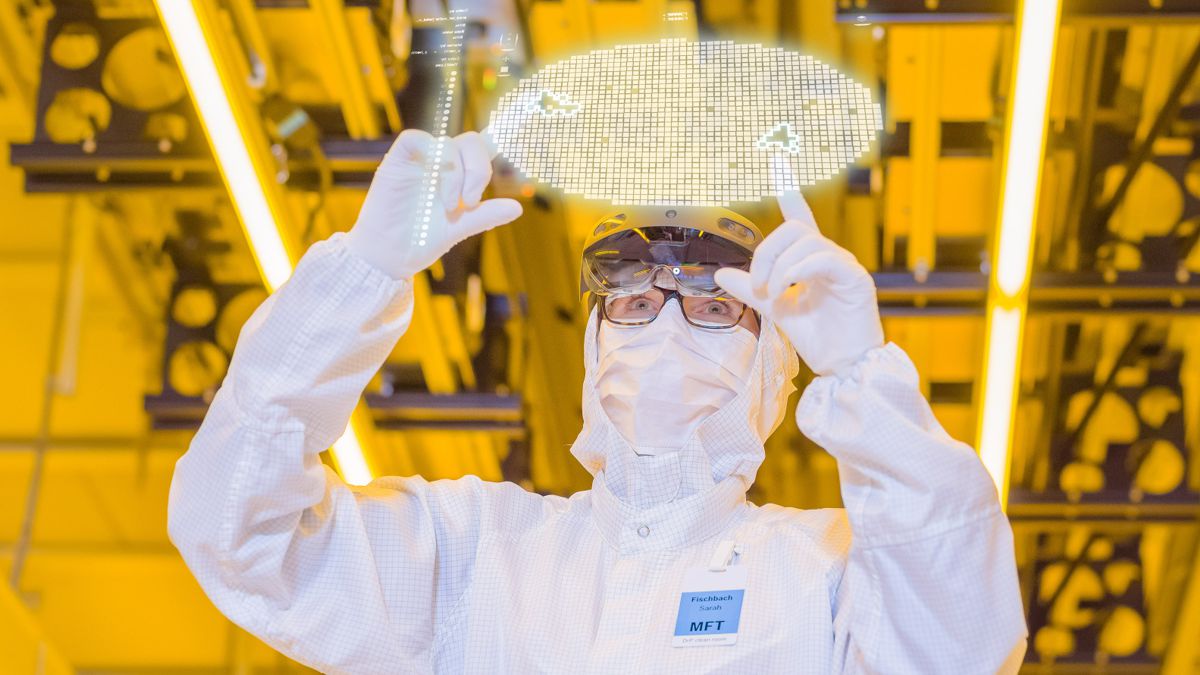 Bosch has made several investments in its semiconductor business over the past few years. The best example of this is the wafer fab in Dresden, which opened in June 2021. At 1 billion euros, it is the single biggest investment in the company’s history.

The semiconductor centre in Reutlingen is also being systematically expanded: between now and 2025, Bosch is to invest around 400 million euros in the expansion of manufacturing capacity and the conversion of existing factory space into new clean-room space. This includes construction of a new extension in Reutlingen, which will create an additional 3,600 square meters of ultramodern clean-room space. 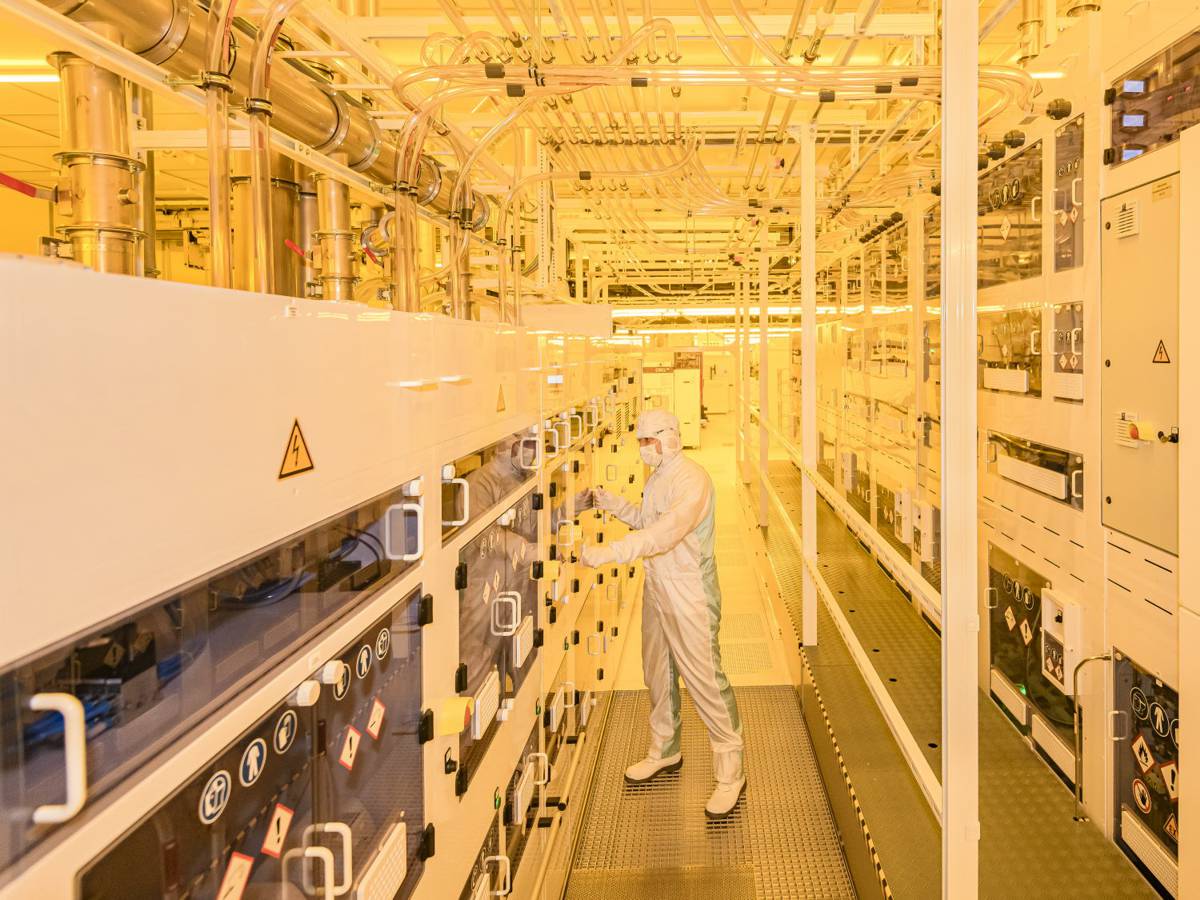 Bosch is the automotive industry’s leading company for the development and manufacture of semiconductors. These chips are used not only in automotive applications but also in the consumer goods industry. Bosch has been active in this field for over 60 years.

Bosch is also building a new test centre for semiconductors in Penang, Malaysia. As of 2023, this centre will be used to test finished semiconductor chips and sensors. 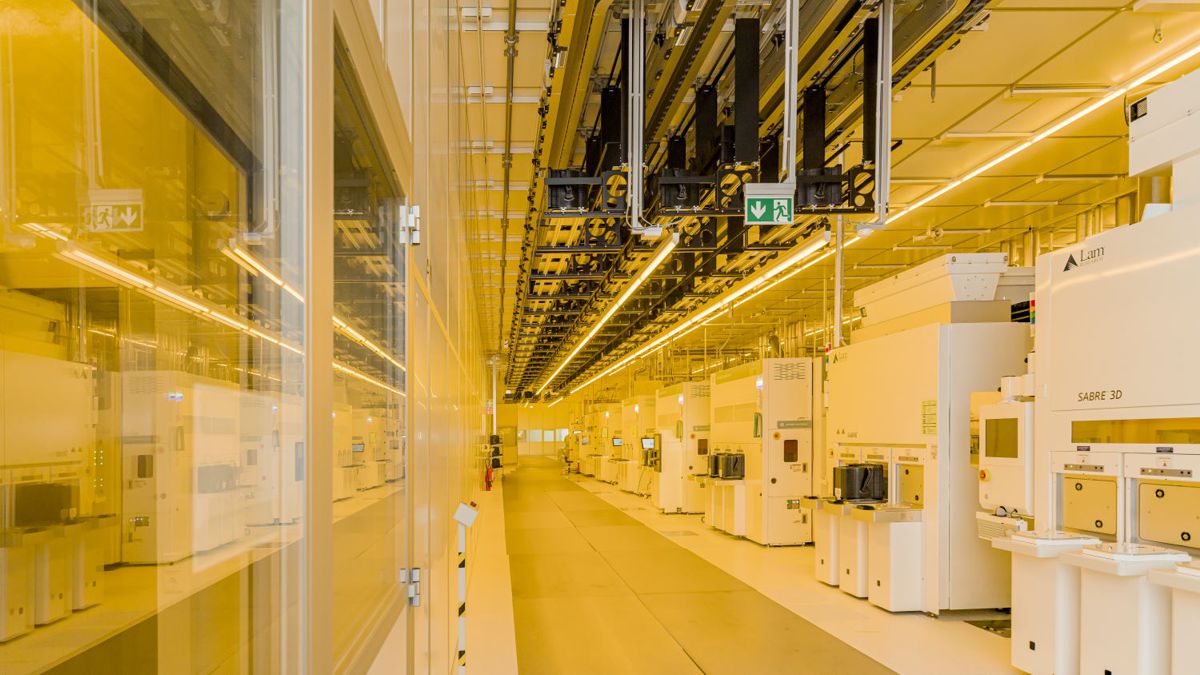