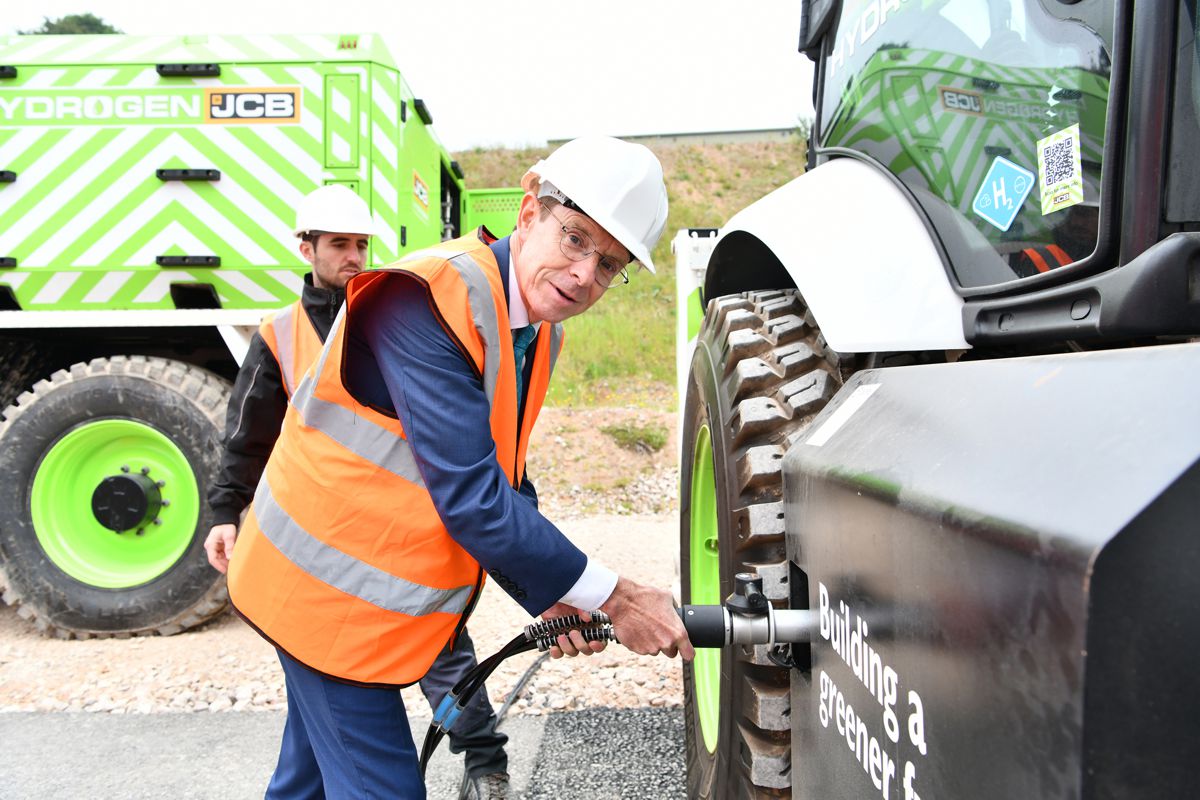 JCB is investing £100 million in a project to produce super-efficient hydrogen engines and has already showcased working prototypes of a backhoe loader and Loadall telescopic handler powered by hydrogen.

Today the company announced another industry first – a mobile hydrogen refueller, providing a quick and easy way for customers to refuel their machines on site. Around 97 per cent of construction machines have fuel delivered to them while working on site. This means customers are already used to a transportable fuel, allowing refuelling to take place in a matter of minutes.

JCB Chairman Lord Bamford, who is leading JCB’s hydrogen project, said: “Since we became the first construction equipment company to unveil machines powered by hydrogen, many have asked how they can be refuelled.

“Well today we have an answer with our new mobile hydrogen refuelling system, which allows hydrogen to be taken from on-site tube trailers and distributed to machines by our refueller as they work on the job site. This is no different to today when diesel is taken in bowsers to refuel machines.

“Fossil fuels are not the future and hydrogen is the practical solution to powering our machines in the decades to come. Our British engineers are doing a fantastic job in developing this technology and there are many more exciting developments to come.”

A team of 100 engineers is working on the project. The first hydrogen powered machine to be unveiled was a JCB backhoe loader followed, a year ago, by a Loadall telescopic handler. The technology went on to be shown in the Green Zone at COP26 in Glasgow as world leaders debated measures to drastically reduce greenhouse emissions.

JCB has manufactured engines since 2004, producing them at plants in Derbyshire and in Delhi, India. Last year JCB celebrated a major milestone with the production of its 750,000th engine.