The innovative research behind the EU’s new vehicle safety regulations, which are expected to prevent 140,000 seriously injured casualties and save 25,000 lives, achieves recognition from the Prince Michael International Road Safety Awards for its collaborative approach and forward-thinking strategic direction that anticipates connected and automated vehicles.

Today TRL (the UK’s Transport Research Laboratory) and the European Commission were jointly awarded a Prince Michael International Road Safety Award for their work producing the scientific evidence base upon which the new General Safety Regulation (GSR) was established.

An extensive evaluation of a wide range of safety measures culminated in the selection of 17 safety standards, of which some prevent collisions, others mitigate injuries in the evant of a collision. On behalf of the EC, TRL developed a new evaluation procedure to assess the combination of the multi-layered safety measures, which avoided double-counting casualty benefits and costs. The benefits were compared with a baseline scenario, assuming no further policy intervention in the transport sector, but voluntary improvements and effects of already implemented policies continue. For example, the continued dispersion of mandatory vehicle safety measures into the legacy fleet and continued voluntary uptake of the safety measures under consideration were modelled.

Major innovations and progress in automotive safety have been made in recent years and following this ground-breaking research, the EU is the first to regulate for these cost-effective measures, democratising vehicle safety benefits for all EU road users. The new mandated measures will help the EU Industry to remain competitive with regard to the challenges of developing ever safer and ultimately automated vehicles.

“We are very proud to receive this award, which represents a significant achievement for what has been a successful collaboration for TRL and the EC with members of the European Parliament’s Committee in Internal Market and Consumer Protection (IMCO), the European Automobile Manufacturers’ Association (ACEA), the European Association of Automotive Suppliers (CLEPA), NGOs, governments and safety organisations over the last five years,” explains Richard Cuerden, Head of TRL’s Academy. “The biggest change in vehicle safety standards the world has ever seen has been possible thanks to a resolute focus on a common goal and excellent co-operation every step of the way. This has opened the door for us all to develop the type of legislation that will save lives into the future.”

In supporting the development of the new regulatory framework, TRL rigorously analysed a wide range of active and passive safety measures, which resulted in a package of 17 measures that have been designed to work in harmony with each other. The entire process was conducted in an open and transparent forum, including a peer review of all literature around each safety measure, quality assessments and workshops whereby many stakeholders provided their feedback for consideration. 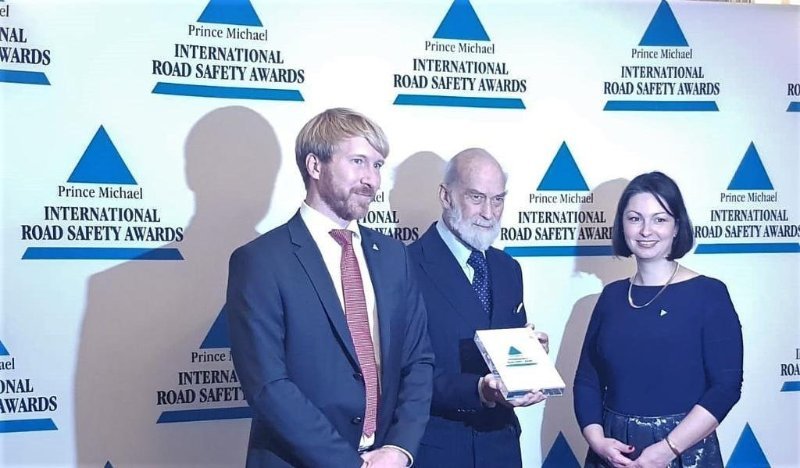 The new safety measures, when adopted by vehicle manufacturers, will mean that new vehicles sold in the EU are equipped with truly advanced safety features that will save thousands of lives and prevent serious injuries in the event of a collision. “The advanced safety features that will be installed in all new vehicles will provide state-of-the-art protection to all new vehicle owners as well as other road users. Intelligent Speed Assistance and Drowsiness and Distraction Recognition will support drivers in their ongoing tasks; Autonomous Emergency Braking and Emergency Lane Keeping will intervene in the most critical situations to avoid a crash, and improved crash tests will ensure that injuries of occupants, as well as pedestrians and cyclists, are minimised in the remaining collisions. The measures also include blind-spot monitoring systems and a new direct vision standard for lorries and buses to enable drivers to have a better view of other road users around their vehicles,” explained Cuerden.

“This new safety legislation is not only the first of its kind in the world, but it also lays the groundwork for what is going to come next as vehicles transition from human, to assisted, and then automated systems,” adds TRL’s David Hynd (Chief Scientist). “We need to have safety measures and standards that are fit for a future that will change rapidly as our transport needs evolve. This is why I am immensely proud of the work all of our partners and stakeholders have put into this process, which has culminated in this fantastic Prince Michael International Road Safety Award.”

First introduced in 1987, the annual Prince Michael International Road Safety Awards give public recognition to those who have improved road safety throughout Britain and, indeed, outstanding achievement and innovation worldwide. The ceremony was held on Tuesday, 10th December, at the Lancaster Suite at the Savoy Hotel in London.

To find out more about the 17 safety standards, click on this explanation video interview with Richard Cuerden.

0 0 0
Previous : Brokk upgrades their parts warehouse facilities for better service and turnaround
Next : Digitalization in mining showcased at Sandvik event in Brisbane